Preah Ang Chek and Preah Ang Chorm Shrine are one of the most popular temples in Angkor area, which provides spiritual protection for the entire Siem Reap.

For locals, Sister temple is part of their life, usually they have to go to worship during important festivals periods. Every September, the Pchum Ben Festival marks a special occasion when the pilgrims and local community will visit this shrine for great reverence. The King of Cambodia, Norodom Sihanouk, always head to Siem Reap for worship and prayed for peace in this temple during his lifetime. 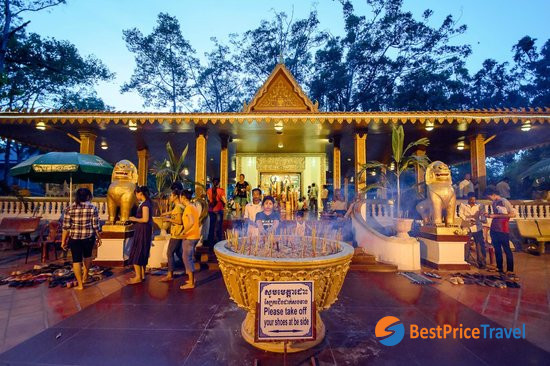 Cambodian believes that two sisters Gods sleep in the center of the Tonle Sap Lake quietly as a patron for them. That's why the best worship for them is using the water and having a sincere mind. Local legends have it that Preah Ang Chek Preah Ang Chorm Shrine is also believed to bring good fortune to newly married couples. Sometimes you can also see couples holding a wedding in the temple, swear sincerely in front of the two sisters, praying for life happiness. 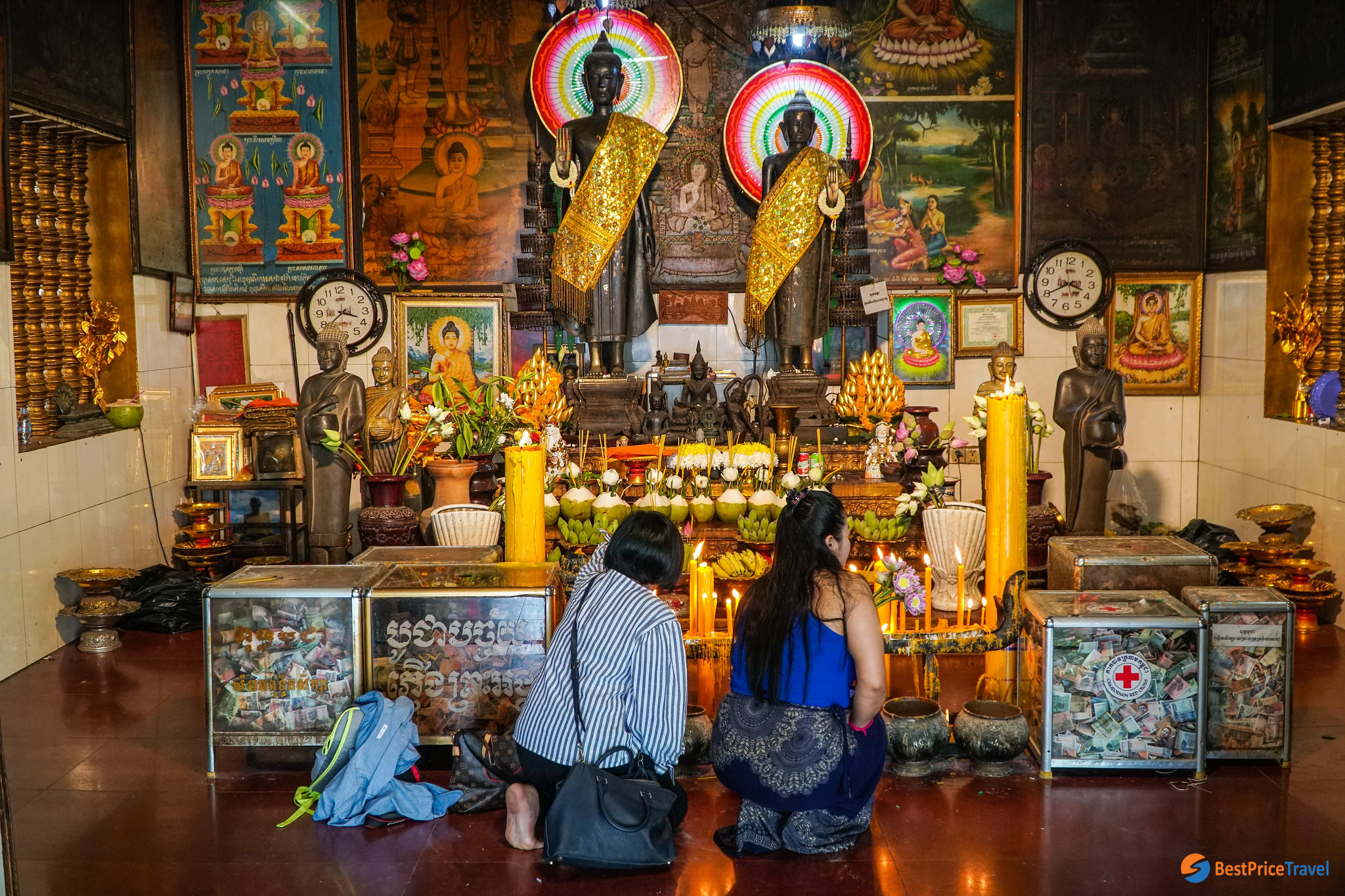 Standing as the only temple bearing the similar shrine in Cambodia, Preah Ang Chek and Preah Ang Chorm shrine blew minds right out because of the unprecedented circumstances surrounding discovery of it. There are vendors selling flowers, decorated coconuts, incense sticks and live birds around the area. You can buy these items on the way heading to the shrine and used as offering for the Buddha. Besides, you can wander around the Royal Independence Gardens and behold the simple tranquility like the moment of a child grabbing a little bunch of flowers in bloom. 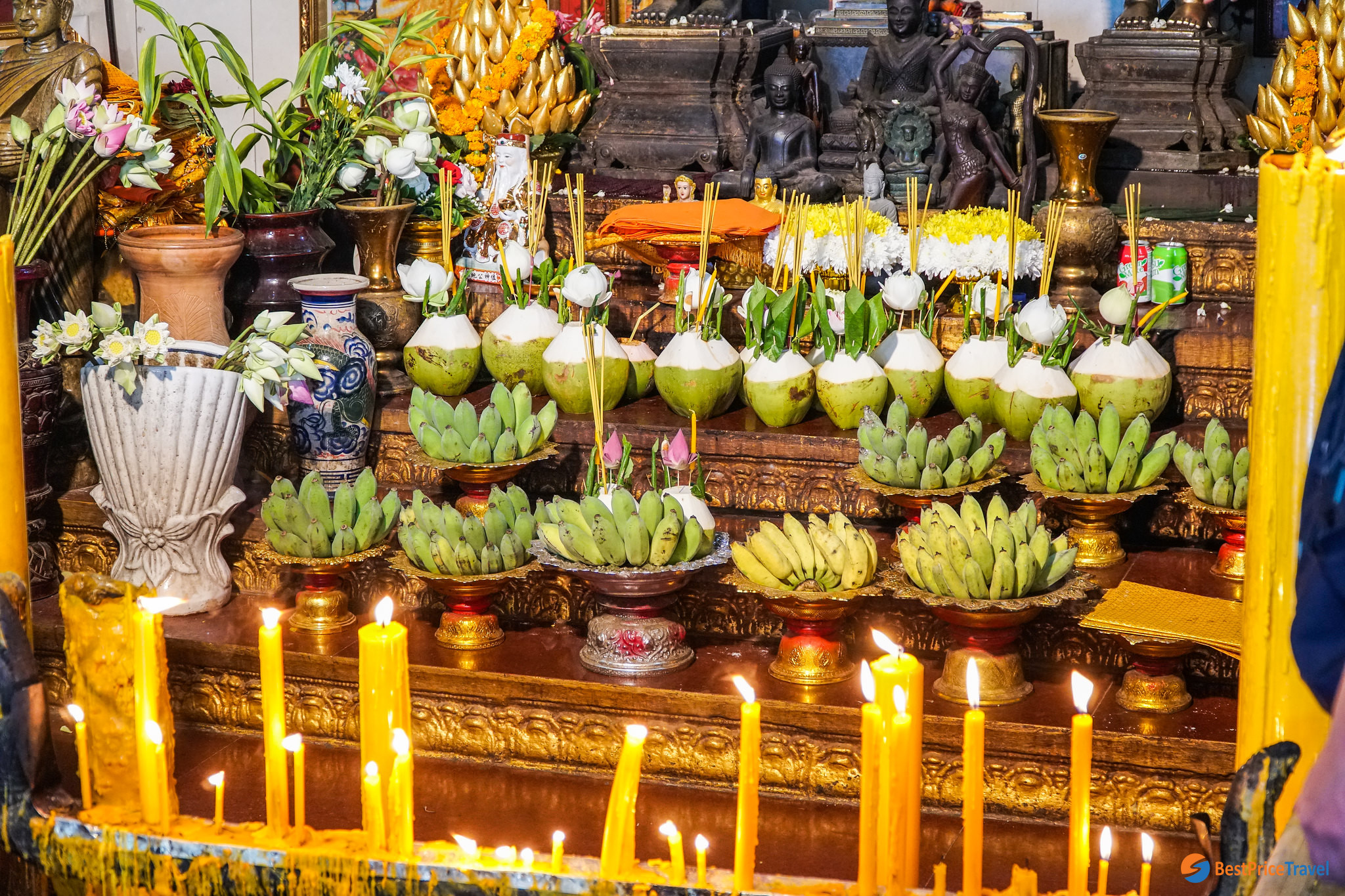 The scared place to pay respect to the shrine

Right in the city of Siem Reap, at National Route 6 between Oum Chhay St and Pokambor Ave, you can easily get to Preah Ang Chek Preah Ang Chorm Shrine by tuk-tuk, taxi cab, bicycle, even on foot, depend on the distance. The entrance is free, but you have to pay a small fee to keep your shoes at the front door. The shrine opens from dawn till dusk to enjoy the splendid landscape of the surrounding area.

What is the story behind this ?

Thanks for asking It is said that this sister temple was built by local people to commemorate the two sisters' heroic. They sacrificed in the 16th century when they fought against the Siamese army to defend their families and the country. Originally, the temple was simple, but the two Buddha statues were robbed by enemy countries many times during the wars in ancient times.

Their whereabouts were unknown until the King of Cambodia knew that they were suffering in Tonle Sap in his dream. So the King sent people to find them, and two Buddha statues were found in the lake. The King salvaged them ashore and rebuilt the temple on the current site next to the king's palace.