Located on the South side of the architectural Royal Palace complex, the Silver Pagoda as well as Wat Preah Keo Morakat is the most beautiful and popular pagoda in Cambodia, not only in architecture but also in its artistic.

This temple is officially owned by the royal that keeping many national treasures such as gold and jeweled Buddha statues, especially a baccarat crystal Buddha being extremely precious and notable, the statue of a meditating Buddha about 60 centimeters in height, that's why Silver Pagoda has another name called the Emerald Buddha of Cambodia. Over the world, there is only one in Thailand, one in Sri Lanka, one in Burma and recently added one in Australia. 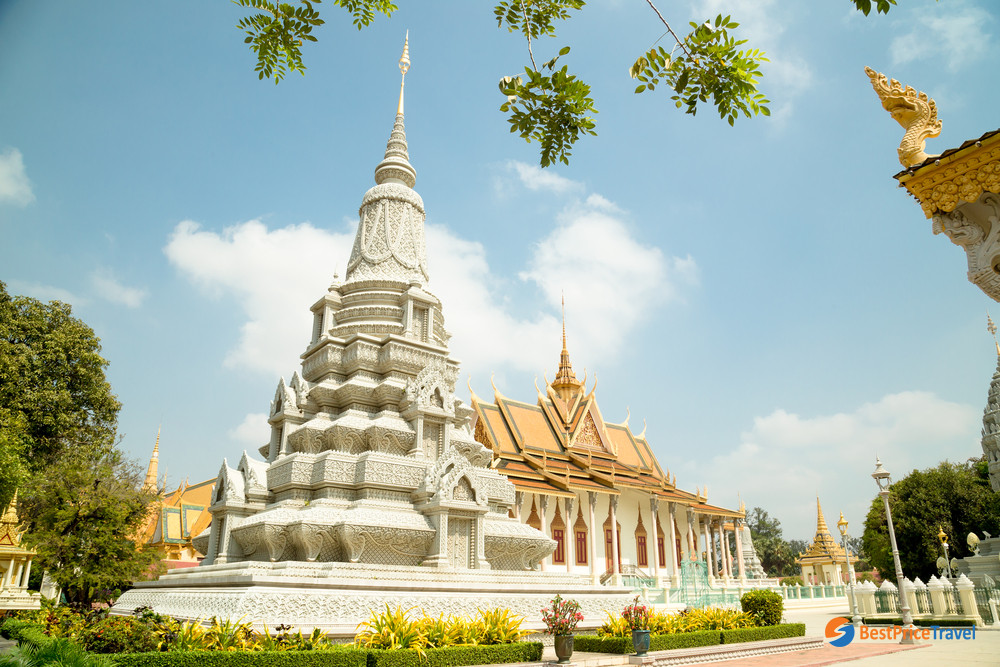 Meaning of its name "Silver Pagoda"

Some people might wonder about why it called the "Silver Pagoda"? In fact, the pagoda also has one more name is "Golden Pagoda". To sum up, Cambodian has named serveral names for their most magnificent pagoda with each name having a different explanation. In the first name, the "Silver Pagoda" for its floor, which is covered with more than five tons of gleaming silver in the form of 5,239 silver plates made by hand.

The pagoda is also known as the Golden Pagoda because of a life-sized gold Maitreya Buddha decorated with 9584 diamonds, the largest of which weighs 25 carats.  The statue was cast by King Preah Bat Samedech Preah Sisowath in 1904 according to King Norodom's last message.

On the wall surrounding the pagoda, there are scenes of the Ramayana epic with the length nearly 642 meters and about 3 meters in height but have faded a lot today. Under Pol Pot period, the temple was restored but mostly 60 percent of the artifacts were lost. Apart from priceless treasures and precious stones of Buddhism, visitors have to chance to see the statue of King Norodom riding a horse facing forward, placed in front of the pagoda since 1892. This statue was sculpted by French artisan in 1875 in Paris and then King Napoleon give to the pagoda as a gift. On each side of the statue are two towers, the tombs of King Ang Duong and Norodom. Behind the main hall are two tomb towers of King Norodom Suramarit and Queen Kossomak Nearireath built in 1955 - 1960, the grandfather and grandmother of the current Kìn Sihamoni. The main side has the tomb of princess Kantha Bopha (King Sihanouk's daughter who died in 1952 when she was 4 years old due to diphtheria). 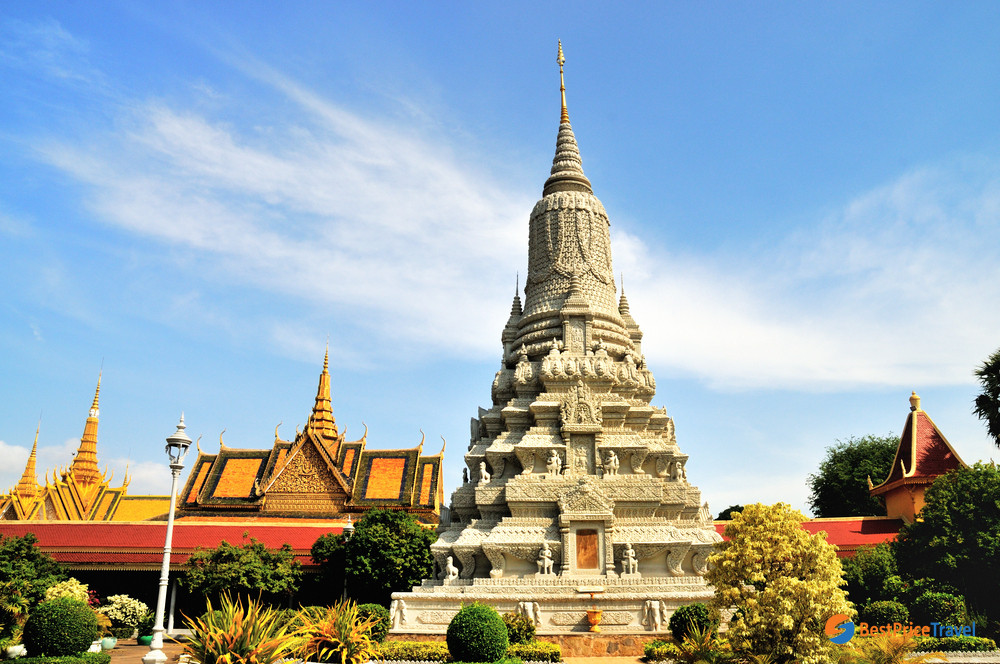 Silver Pagoda is a place where the kings, queens and royal family attend to prayers. They come here mainly to pray for peace, happiness and prosperity, the preservation of cultural traditions to country's future generations. The king and court officials organized by themselves the Buddha rituals so that the pagoda did not have any monks inside. In addition, this is also the place where the king listens to the monks coming and preaching as well as holding solemn ceremonies. Therefore, when visiting the pagoda, visitors must pay attention to dress properly, not wearing t-shirts, shorts or taking pictures, fliming.