“Thang Gieng la thang an choi” – this is an ancient Vietnamese idiom which in English means “January is the month of entertainment” and it actually can show how exciting Vietnam is in the first month of the Lunar Calendar. In fact, not only in January, Vietnam’s excitement continues throughout the spring when most of the festivals are held in this season, especially in the North of Vietnam.

In ancient belief, Spring is the revival time of every living creature after a long cold winter and also the first season of the year which can affect if other seasons will have good or bad weather. People believe that, as the start of a whole new year, the Gods will decide whether they should give the country one year with peace and abundant crops or not. Therefore, spring festivals throughout the countries from January until the end of March of the Lunar Calendar are the events to send people’ thanks to Gods for the last good year and dedicate their offerings (such as food, flower, incense, etc.) to the Gods, wish for another peaceful and prosperous year. 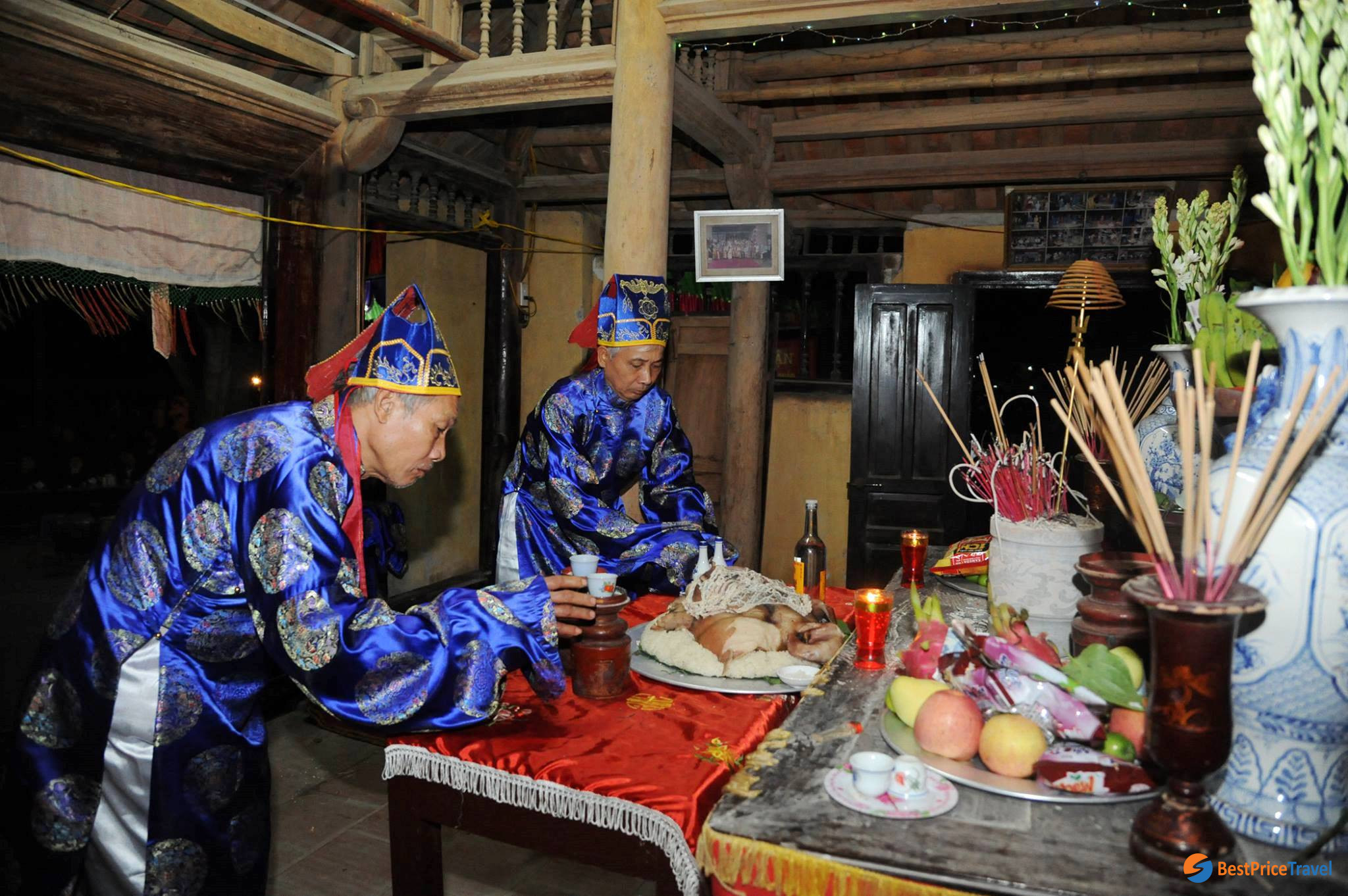 However, spring festivals are not only for respecting the Gods, but they are also exciting events for everyone. After the main ceremony towards the Gods, there will be many other interesting activities organized in festival zones such as traditional games, music performances, contests, or even horse/pig racing. Most of the big and famous festivals are taken place for a long time: from only 3 days to about few months but some festival is only for one day and some special ones are mostly crowded from mid-night to early morning. These activities usually have their own cultural meanings and many of them created the specialty of each festival and of course, they help to continue the excitement of welcoming the new year and new season with the hope of having a good beginning for a lucky and happy year. 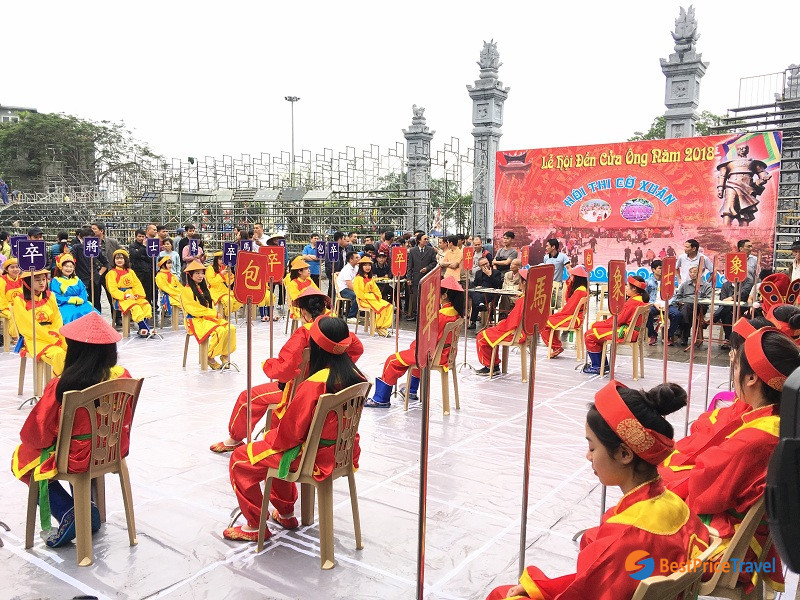 Human chess in a spring festival

This is the most important spring festival in Vietnam and the main date of this event is also an official public holiday for Vietnamese. Hung Kings Temple Festival is from 8 March to 11 March each year and the main date is on 10 March when the most important ceremony happened. The purpose of this festival is to show respect to the dynasty of Hung Kings who was the founder of ancient Vietnam. 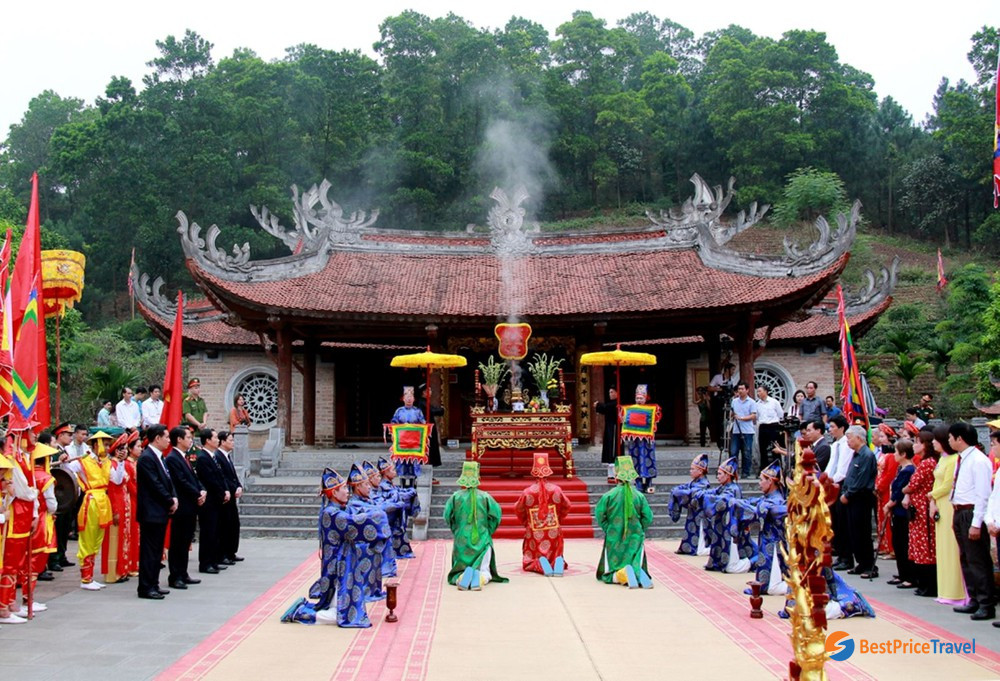 A part of the main ceremony of Hung King Temple Festival

This is a purely cultural festival and is an ideal event for tourists who care about traditional music and culture. In 3 days, from 12 to 14 January, Lim Festival – the biggest of Bac Ninh province and famous for the performance of Quan Ho songs (a type of folk music) with a harmonious melody of unique traditional Northern Delta art.

Lim Festival is one of the best festivals in the North of Vietnam which maintains almost perfectly the precious values of traditional art and it actually contributes effectively in the process of reserving Vietnamese folk music.

Most backpackers and tourists who care about local culture are quite curious about this festival of Vietnamese ethnic minorities and many of them actually met little trouble while trying to enjoy this event. Not as crowded as the festivals in the Northern Delta, this Northern mountainous festival is the event mostly for the Lu people (one of 54 ethnic minorities in Vietnam) in Lai Chau province and it takes place mainly on 3 March. This event is the way Lu people dedicate their offering to their Gods and wish for new abundant crops and also the time they stop working for a few days, have meals together, and play traditional games outsides. 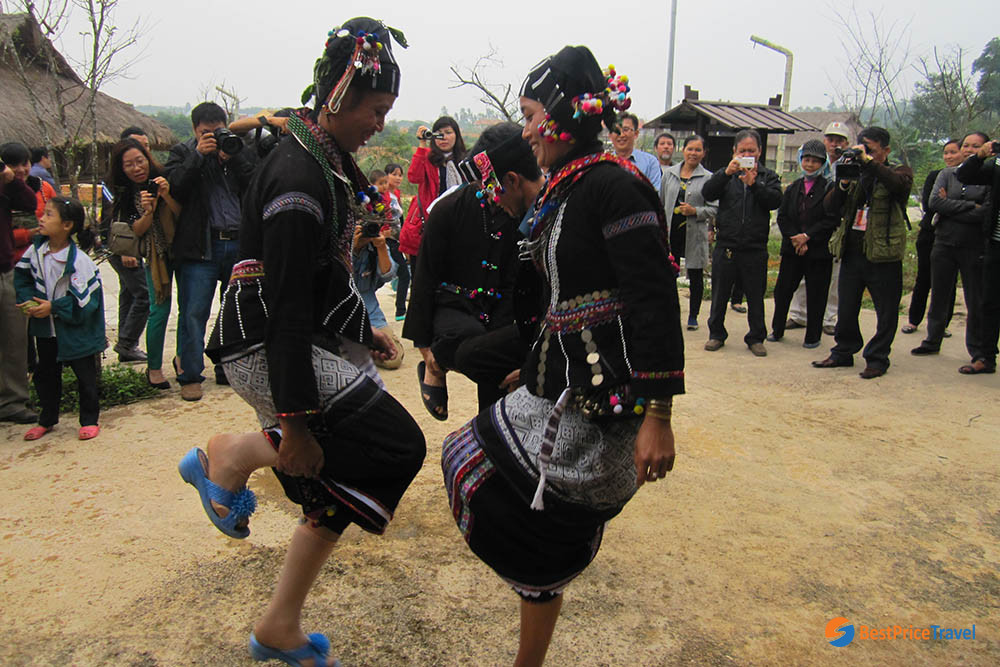 However, it is quite troublesome for travelers as at this time, Lu people do not keep guests at home so if anyone wants to join the festival, they have to find an accommodation that does not belong to a Lu people family and it quite takes time though as Lu people normally only live together in the same area.

Move to the Central of Vietnam, nearby the ancient Capital – Hue, on 12 January, fishing men in Thua Thien Hue province organize the Cau Ngu festival to wish for a year with the peaceful sea, smoothly pushing off and coming back with a lot of seafood. Besides, this event is also for remembering and thanking Truong Thieu or Truong Quy Cong – a man who was the one that taught people here the fishing career. However, as this festival is only organized every 3 years, if anyone wants to come and join it, they have to check carefully if they come at the right time or not. 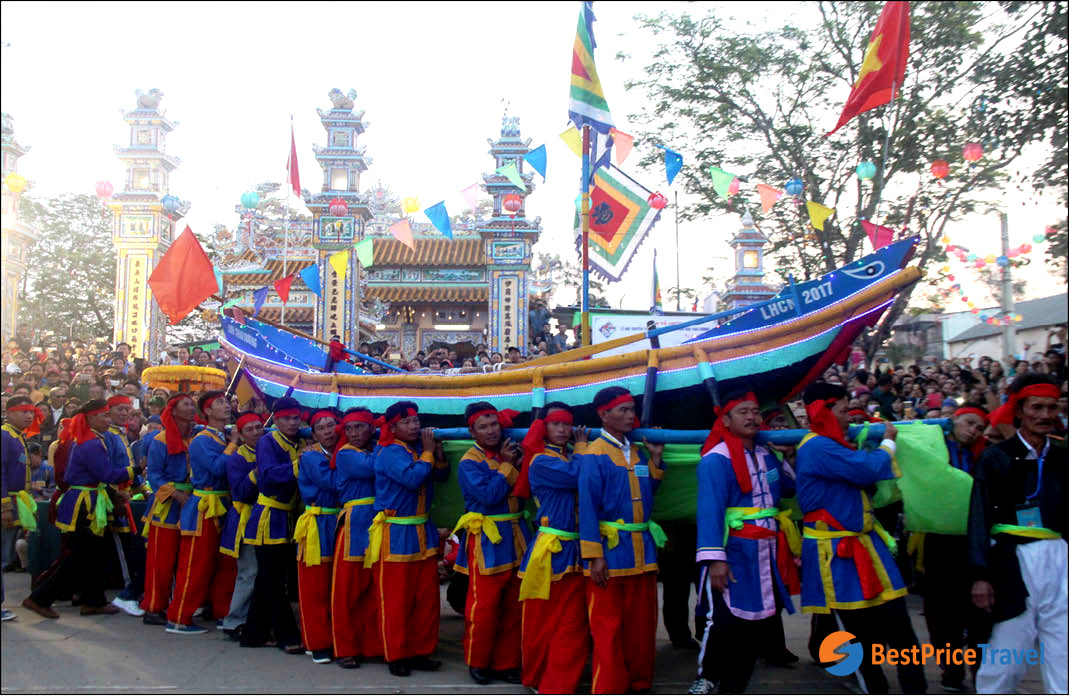 From Lunar New Year Eve until the end of February, especially on 14th and 15th January, people flock to Ba Den Mountain (Tay Ninh province) and wish for a successful year. This is one of the biggest festivals in the South of Vietnam and it towards Linh Son Thanh Mau (Linh Son God Mother) who is worshiped in the temple at Ba Den Mountain. People believe that, at the beginning of the year, if they come to Ba Den mountain, pray with the God Mother here, they can succeed in their business throughout the year; and with anyone who wishes with the God Mother last year, they have to come back this year to dedicate offerings (food, flower, and money usually) as their thanks to her for giving them what they wish for. 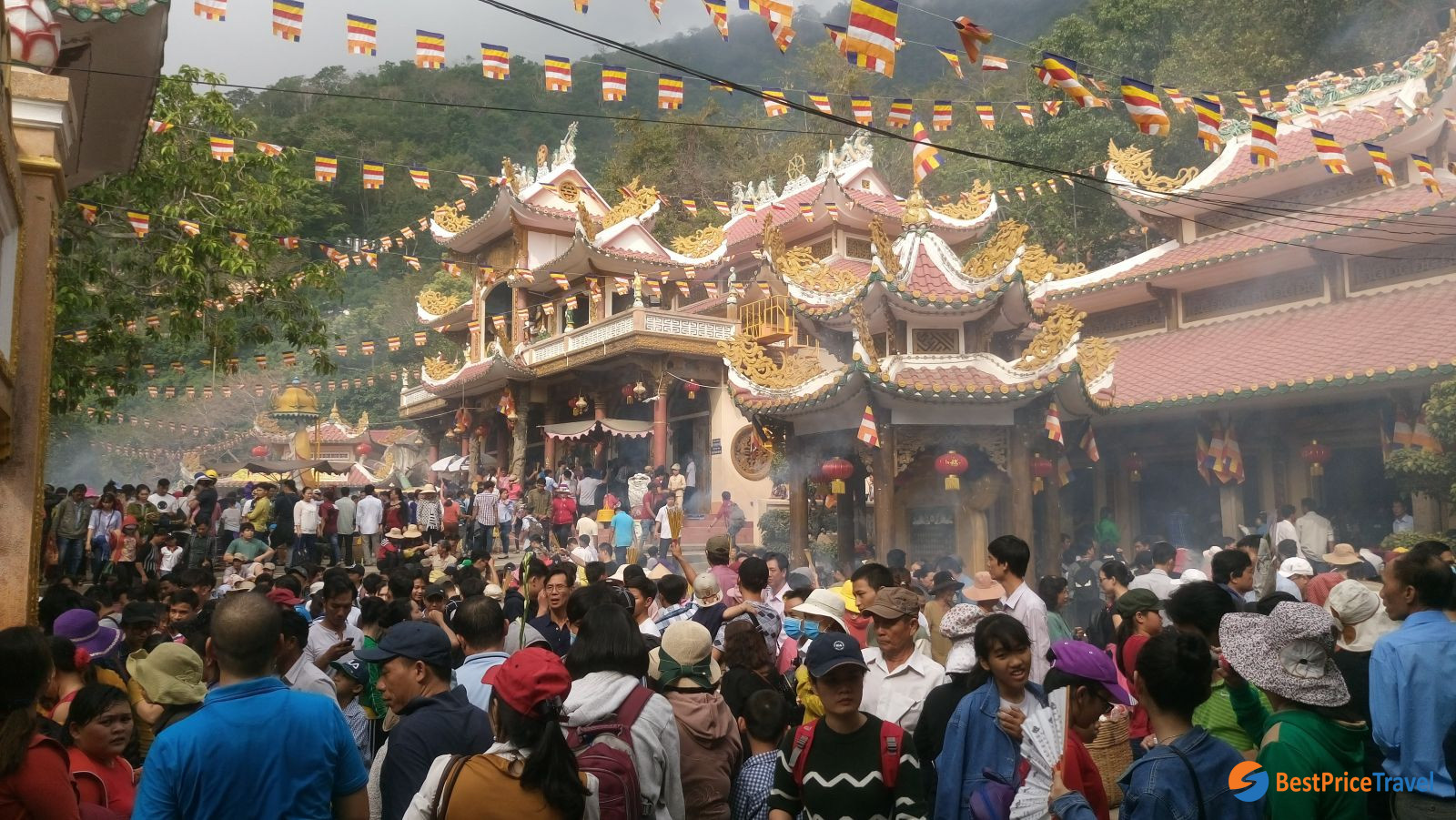 Let's go to Vietnam in spring to discover the season of festivals. 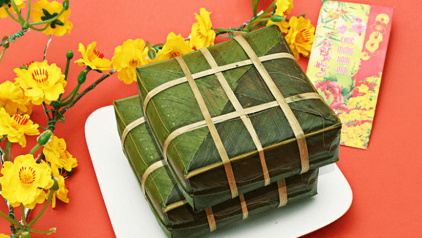 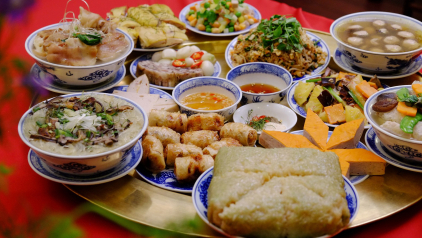 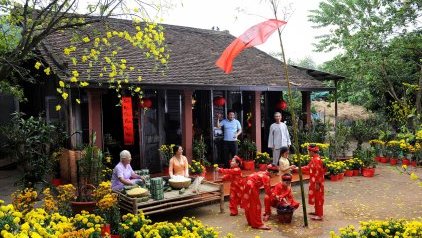