The Sulamani Guphaya Temple is a Buddhist temple located in the village of Minnanthu (southwest of Bagan) in Burma. The temple is one of the most-frequently visited in Bagan.

The temple’s name means “Crowning Jewel,” which may allude to the fact that it was once part of a complex of religious buildings. 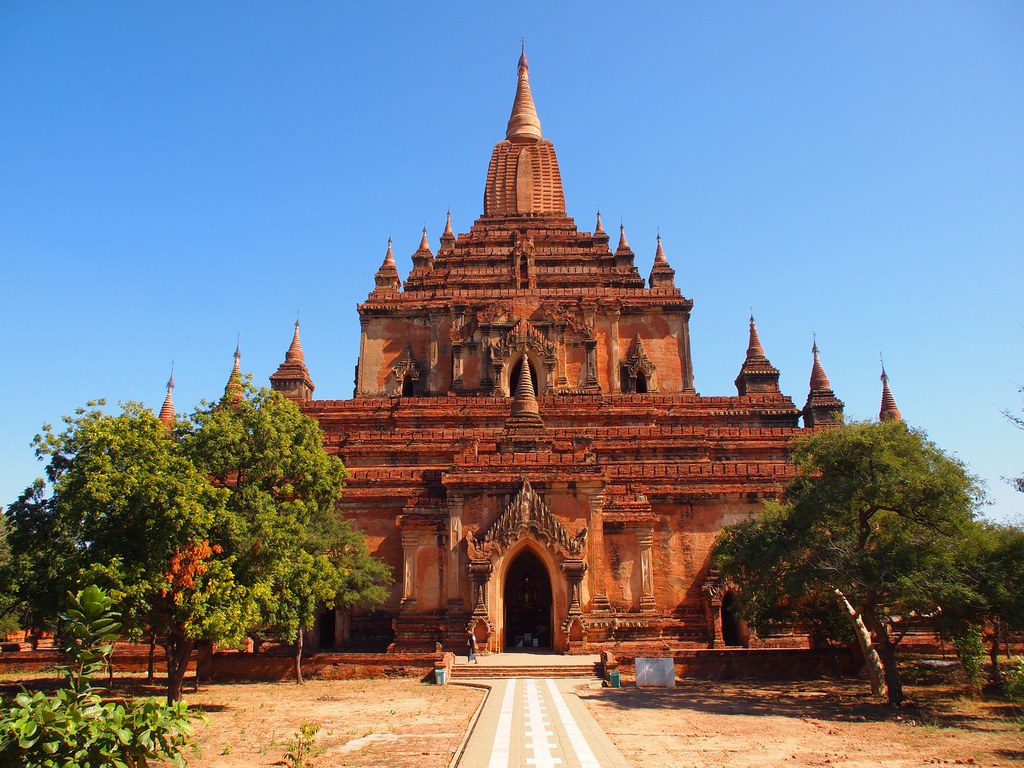 It was built in 1183 by King Narapatisithu, and is similar to the Thatbyinnyu Temple in design. It is a red brick, pyramidal structure consisting of two main levels. Its high walls feature numerous frescoes similar to the kind seen in the caves and temples of India. Many of the frescoes have been restored after suffering superficial damage over the years.

This temple adorns the Bagan skyline with a particularly distinctive presence, and is considered to be an extremely spiritual place.