Driving between Yangon and Bago we stopped at the Taukkyan War Memorial. This is the largest of the three war cemeteries in Myanmar, dedicated to soldiers from both the First and Second World War.

The Taukkyan War Cemetery is a cemetery for Allied soldiers from the British Commonwealth who died in battle in Burma during the World War II. It is a tranquil and beautifully kept reminder, so worth a few minutes of your time as a place to rest whilst driving. 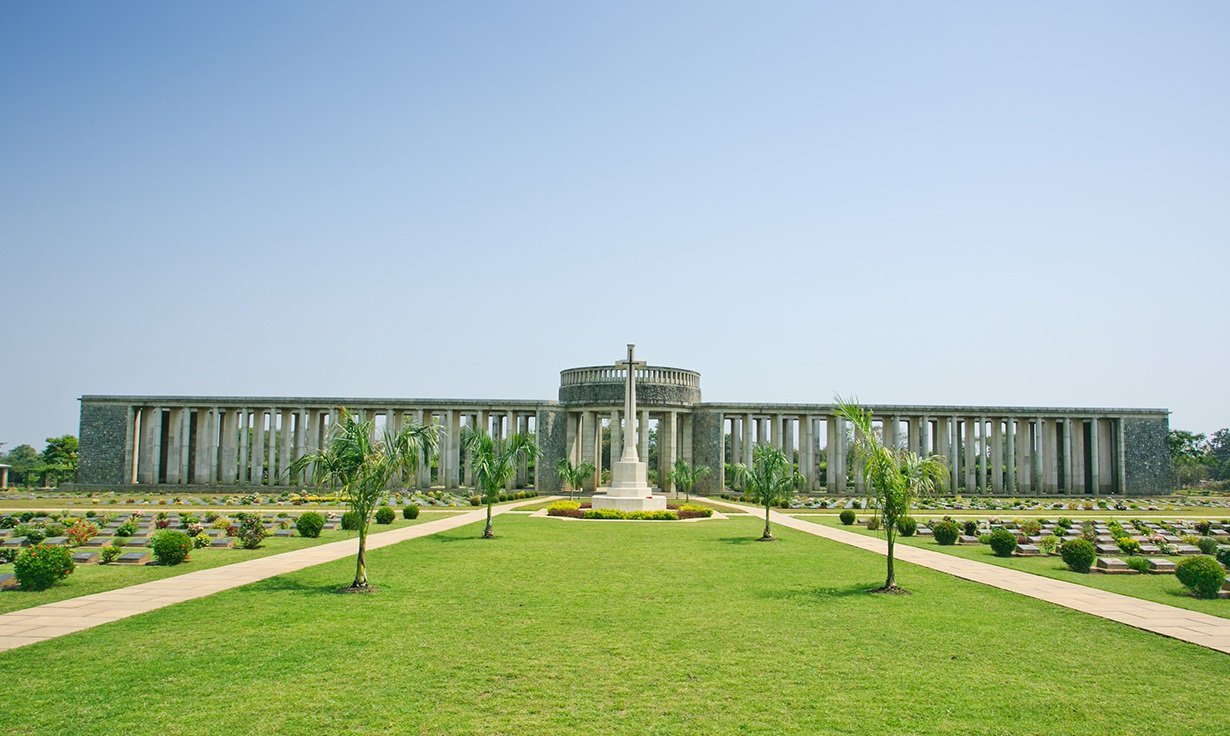 The cemetery is in the village of Taukkyan, about 25 kilometres (16 mi) north of Yangon on Pyay Road. The cemetery was opened in 1951. Its manicured grounds are extremely peaceful, but they also serve as a painful reminder of the cost of war. This is the largest of the three war cemeteries in Myanmar. It contains 6,374 graves, 867 of them unidentified.  In addition, memorial pillars bear the names of more than 27,000 allied soldiers who have no grave.