Yangon, also known as Rangoon, is the largest city in Myanmar located at the junction of Yangon and Bago River. Yangon's capital is one of the most attractive destinations when traveling to Asia and is known as the sparkling jewel in the center of Myanmar. Tourists coming to Yangon will be completely conquered by the clear blue lakes, tree-lined parks and magnificent golden temples. This is the reason why Yangon is called the "Garden of the East". 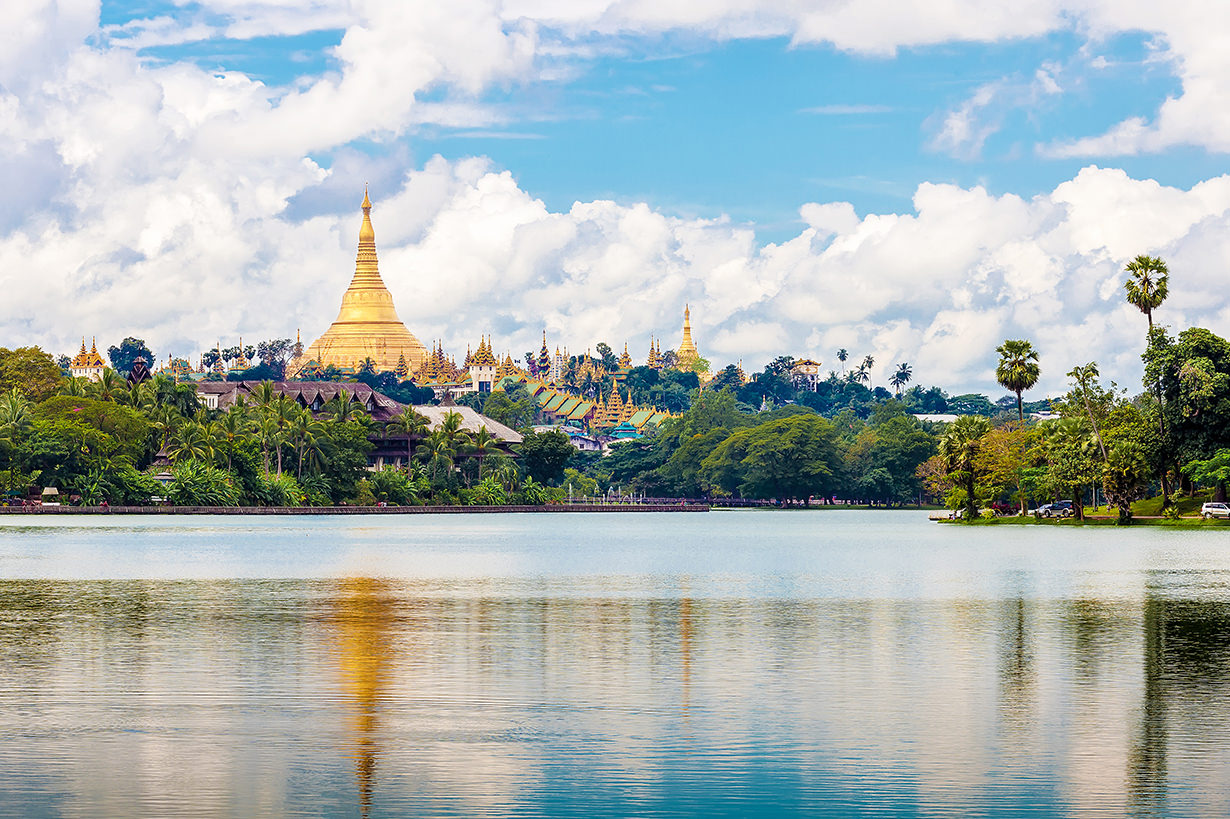 Yangon was originally founded in the early 11th century by the Mon, who inhabited the Lower Burma region. The forerunner of this city was a small fishing town of Dagon which was centered around the nowadays Shwedagon Pagoda. King Alaungpaya was the one who renamed it as Yangon, meaning "the end of conflict". By 1885, this name was changed into Rangoon when the British colonialists annexed Myanmar.\

Main history event:
Yangon has experienced both glory and destruction throughout its history as a strategic center of Burma and, later, a British colonial center. In 1841, Yangon was completely destroyed by fire. The city was rebuilt but later on suffered from the destruction of the Second Anglo-Burmese War in 1852. After ending the Communist regime in 1989, Yagon city has changed quickly. In the early 1990s, the government repaired the city's appearance by cleaning streets and repainting old buildings, while new cars were allowed to operate in the city and mobile phones have also become more popular ever since. Until now, Yangon is still the largest city that plays an important role in the hearts of the Burmese. 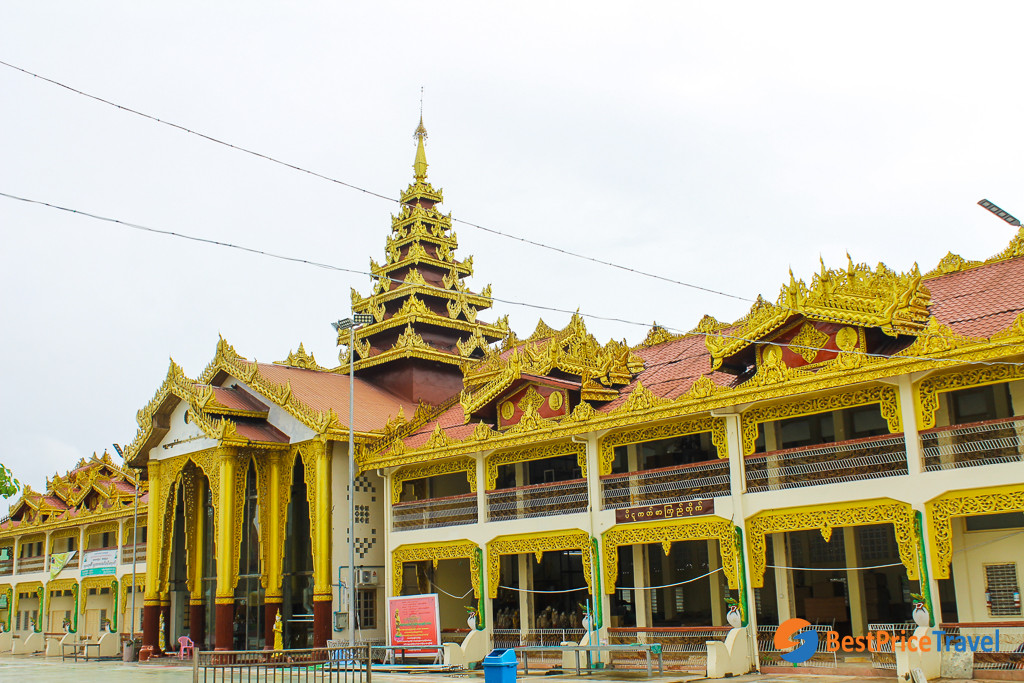 Shwedagon Pagoda: Shwedegon Temple is the most popular tourist destination and is considered the National Guard and pride of the Burmese. The pagoda stands on the top of Singuttara Hill, and according to legend, this is a sacred position ever since Time existed. It is believed that Shwedagon is over 2000 years old and it also houses 4 sacred treasures of Buddhism. The temple was built with thin gold leaves creating unique and charming colors. When the light penetrates through every corner of the temple, this place becomes sparkling and fanciful. Especially, the temple is decorated with thousands of rubies and diamonds that will surely leave an unforgettable impression in every tourist’s heart. Shwedagon is featured in a yellowish shade while in the evening, the temple is lit with bright neon lights shining in the heart of Yangon. The pagoda also possesses a large stupa garden, with many traditional materials like woods, bricks and modern ones such as iron roofs. It can be said that this is a typical Burmese Buddhism pagoda that tourists must visit.

Botataung Pagoda: Considered one of the three most famous religious sites in Yangon, Botahtaung Temple possesses a quirky yet distinctive beauty. Located on the river bank in downtown Yangon, at a height of 40 meters, Botataung is considered one of the highest temples in the city. Built from 2,500 years ago by the Mon, this is one of Yangon's oldest temples, also the most sacred one among Myanmar's golden religious sites. In the temple ground, there are many small towers surrounding the center. This is where the most sacred Buddha relics are located. Among them is the image of the Bronze Royal Buddha, which was cast in 1859 by the order of King Mindon. The architecture of the stupa is extremely unique, with the hollow interior helping visitors go through and explore the stupas easily. Following the passage, tourists will be amazed with the decorations and the treasures hidden inside the stupas.

Sule Pagoda: The temple is nearly 50 meters tall, with the gold-plated dome and the octagonal pyramid shape proving the unique features of the Mon ethnic group. The interior and the details are skillfully decorated which will impress tourists. Sule Temple is a unified block, with the highest stupa in the middle, surrounded by auxiliary buildings with various functions, all are elaborately cast with gold leaves.  In the middle of the 19th century, Yangon was built by the British to become one of Asia's most beautiful cities. In the planning, Sule Pagoda is located in the central position, the intersection of the biggest and most beautiful streets of the city. Therefore, after visiting the Temple door, visitors can wander on the nearby roads and feel a nostalgic Yangon still retaining many traces of colonial times with ancient architectural works like City Hall, Independent Station, Mahabadola Park ... 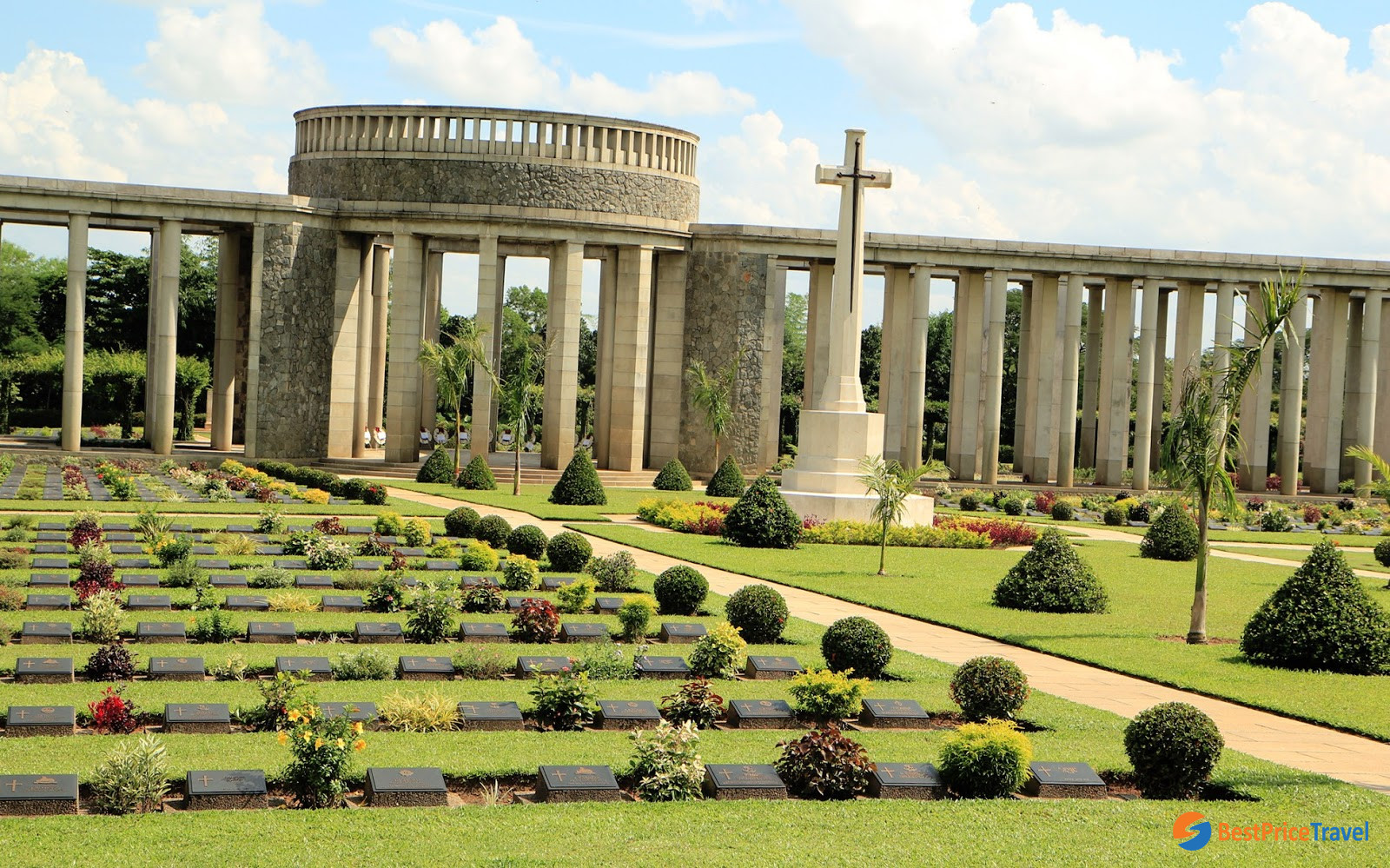 Allied War Memorial: Located in Mingalodon town, Htauk Kyant Memorial is a must-visit historical site where tourists can pay tribute to the ones who have sacrificed for the peace we have today. Htauk Kyant Memorial is now the resting place of 27,000 soldiers who passed away in the war. The graves here are arranged neatly with the names, ranks, birth and death dates of the soldiers clearly stated. This is the place where tourists can learn more about the past to treasure the present and the value of peace.

Culture (ethnicity, living custom, religious belief, special tradition festival etc)
Myanmar is a Buddhist country with many Buddhist temples and religious sites. Tourists visiting the temples should pay attention to the costumes to avoid being offensive. Myanmar people are very devoted to Buddhism, so they are very discreet and serious when worshipping at temples. As such, tourists should not wear short clothing items such as sleeve-less shirts, shorts or skirts… Wearing flip flops is highly recommended to conveniently remove when entering temples.

The most ideal time that tourist are recommended to visit Yangon is during the months of November – March, when the weather is relatively dry and temperate. This dry season is especially essential when tourists plan on visiting outdoor sites such as the Hlawga National Park, Yangon Zoological Gardens or the Allied Memorial Cemetery. However, tourists can also visit Yangon during particular festival seasons to fully experience your trip as a local Burmese. 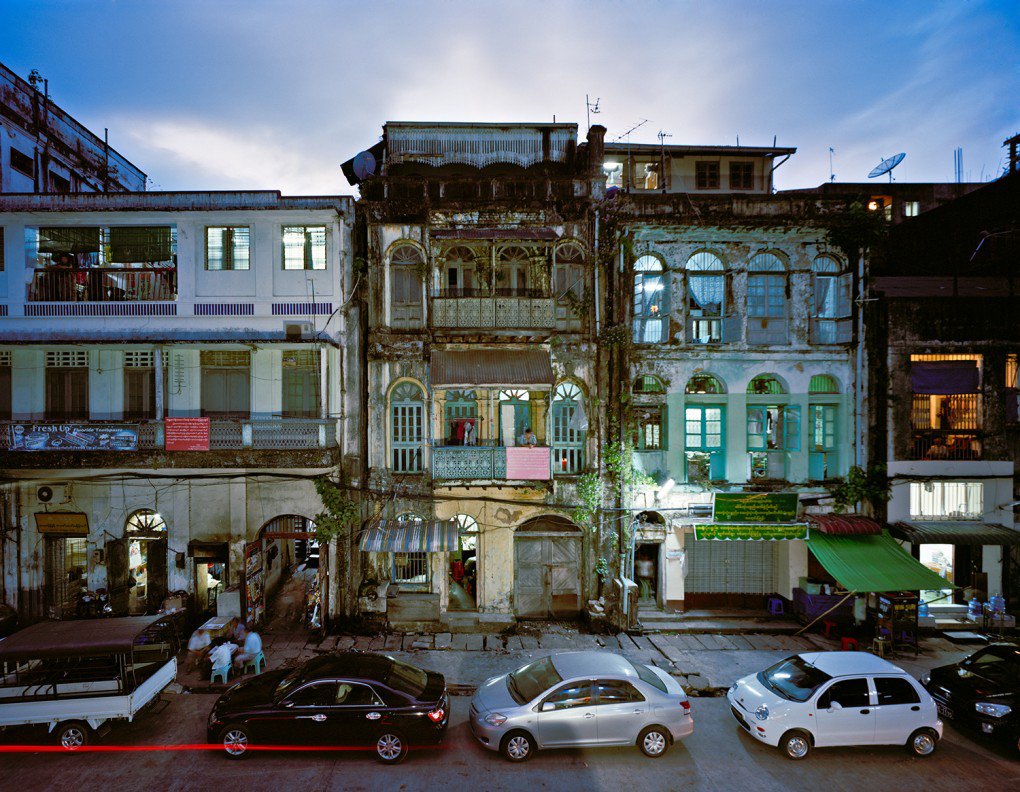 Side Street Off Mahabandoola In Downtown Yangon 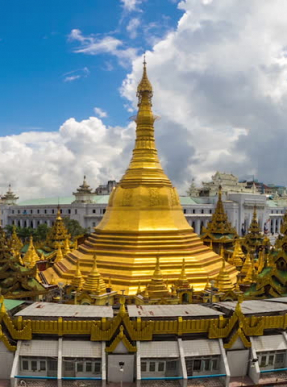 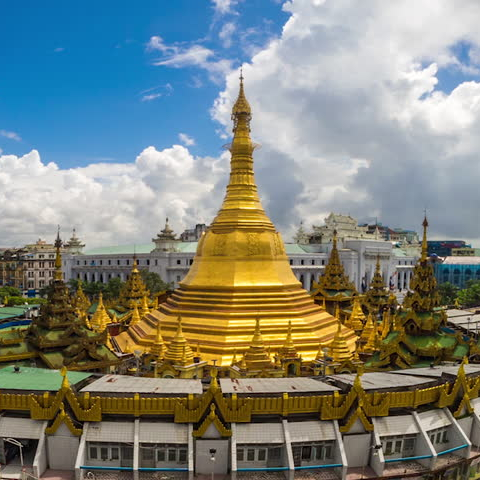 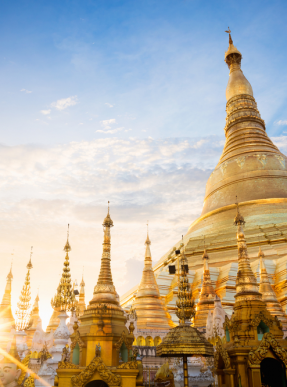 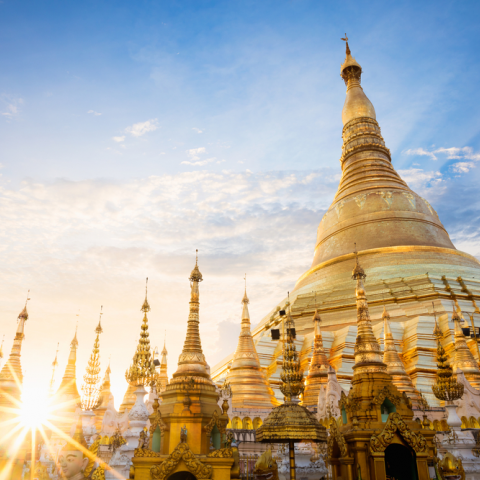 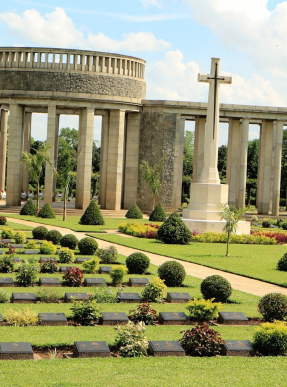 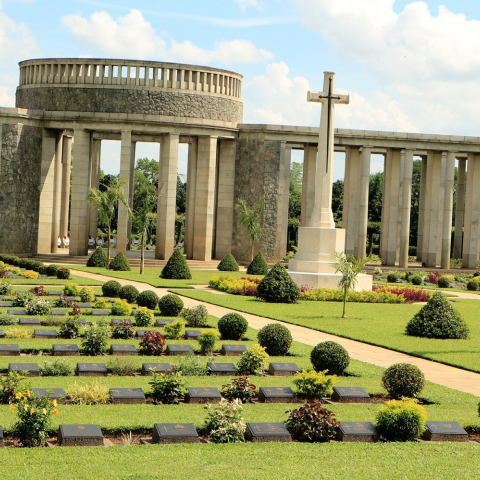 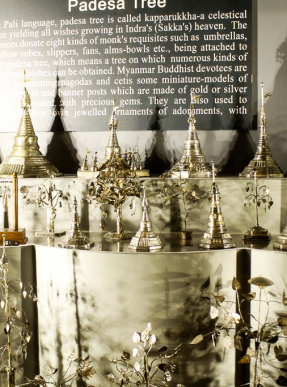 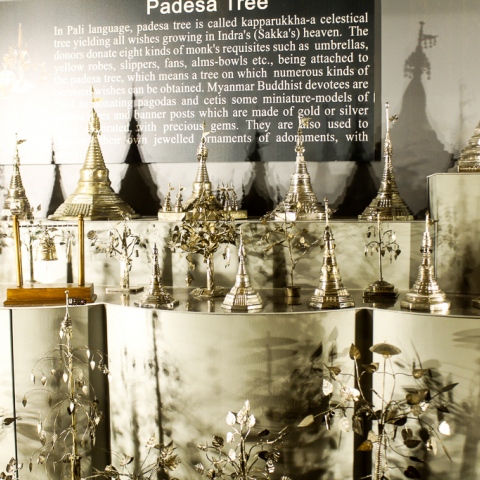 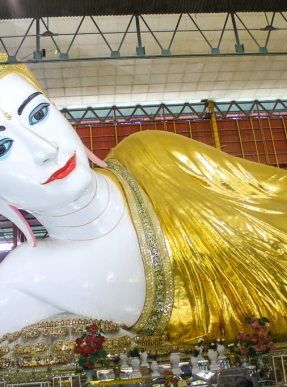 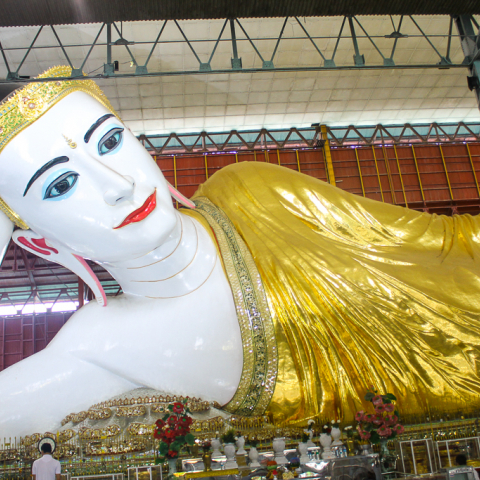 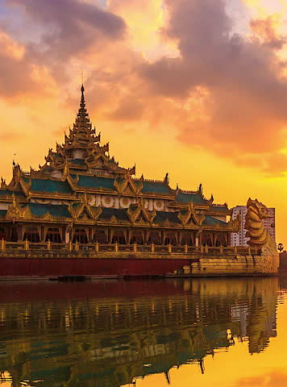 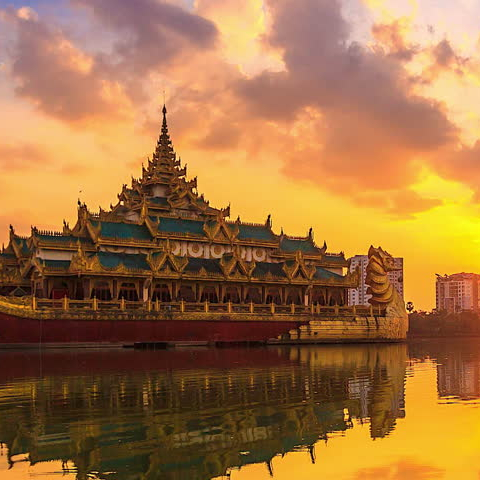 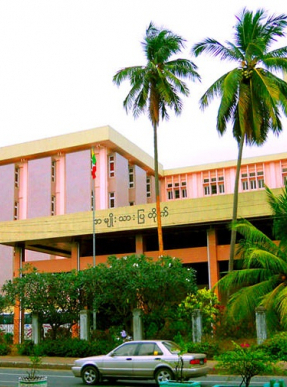 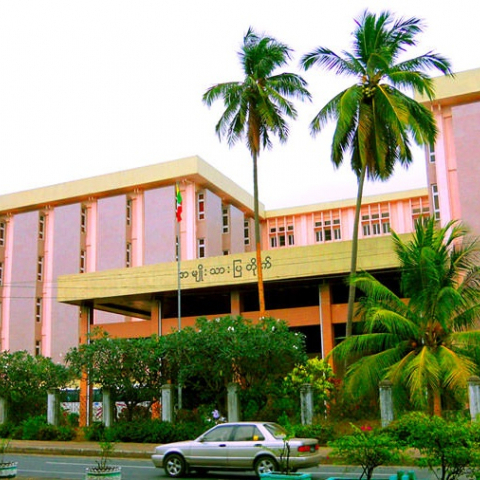 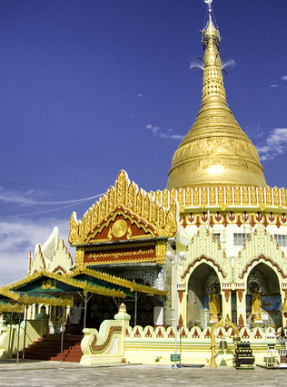 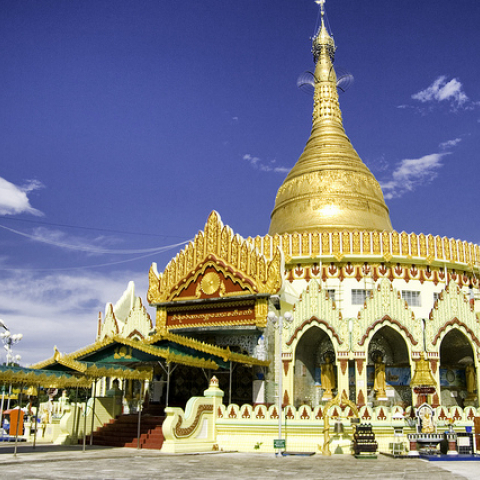 Yangon things to do

Top 9 Must-try Foods in Myanmar
With many travelers, cuisine is the most interesting and enjoyable way to explore any country. And…
808 View

Top Special Traditions in Myanmar
In recent years, Myanmar has become a popular destination for many foreign…
856 View

The 5 Best Hostels in Yangon
For those in search of budget trip to Yangon, especially backpackers, this list of best hostels will…
20 View

The Ultimate List of 5 Luxury Hotels in Yangon
Looking for the best hotel options in Yangon, Myanmar for your coming…
34 View

The 5 Best Things to Do in Yangon
As the first stop for foreigners visiting Myanmar, Yangon is the most…
23 View 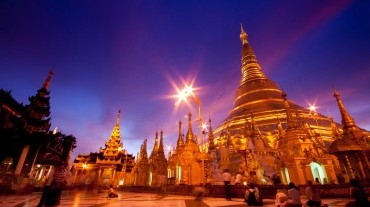 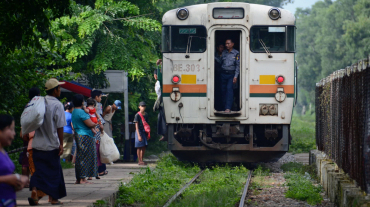 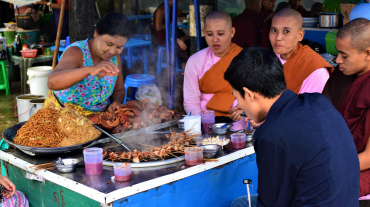