Myanmar is known as the Buddha land with many famous golden temples. The ancient capital of Yangon is Myanmar's largest tourist center, since it is also known as a destination gathering many sacred temples and pagodas in Myanmar. Botataung pagoda is one of the great temples located in Yangon city. Th 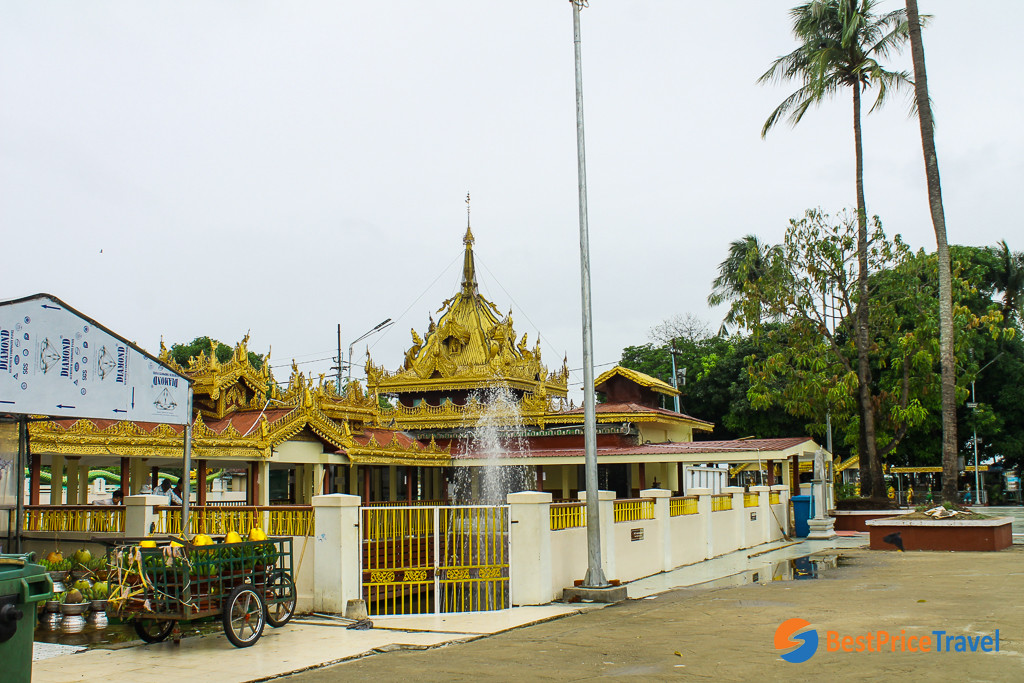 Besides the natural beauty, Yangon is also attractive through its diverse culture. As a populous city, Yangon has a cultural and religious mix of different communities. Moreover, this city is the main gateway of Myanmar to the seaports, so it is also the economic center of the country. Botataung Temple is located by the river in downtown Yangon, thus possessing both the vibrant and cultural beauty of the city of Yangon. The Botataung temple was built around 2,500 years ago by the Mon and it is also known as the oldest Buddhist architectural temple in Myanmar. During the Second World War, it was destroyed due to bombings at the nearby port. However, in 1948, the government began to rebuild the temple from its original structure. Botataung means 1,000 military leaders. This name is derived from an event that took place over 2,000 years ago, in which thousands of military leaders escorting the first hair relics of Buddha all the way from India to keep in the pagoda. In the temple grounds, there are many small towers surrounding the center, which is the main stupa. The main hall is where the most sacred Buddha relics are preserved. Among them is the image of the Bronze Royal Buddha, which was cast in 1859 under the reign of King Mindon. 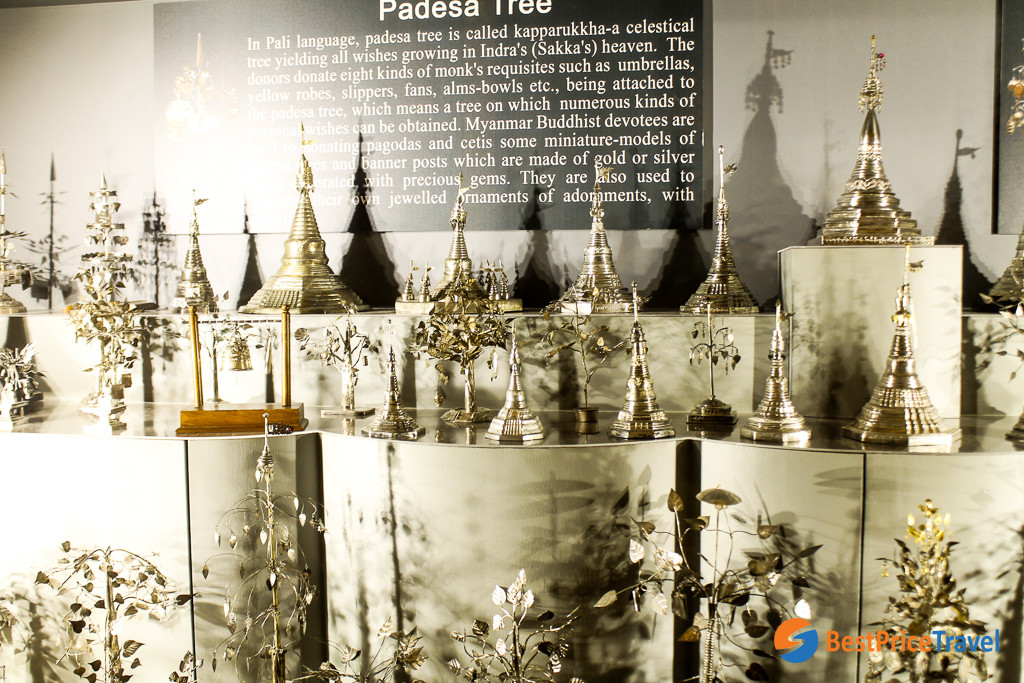 Visiting Botataung, tourists will firstly be overwhelmed by the gold laminated shimmering of the temple. The stupas are the most unique things about Botataung Pagoda. While most stupas in Myanmar are dense and closed to the public, Botataung’s stupas are hollow thus tourists can walk through and discover the cultural treasure hidden within. Walking through the towers with mosaic glass walls, visitors will slowly explore a number of recesses that contain ancient artifacts including some very old Buddha images that were discovered in the pagoda after it was destroyed in 1943. The entire ceiling in the tower is covered with gold; the wall is also gold carded so tourists may feel a little dazzled yet amazed when stepping inside the stupas. Botataung is located along the riverbank of the city, at an altitude of 40 meters above the sea level. Thanks to this amazing location, the pagoda attracts tourists and pilgrims stopping by at dusk to enjoy the panoramic view of the city of Yangon as well as the beauty of the pagoda itself.

Tourists should avoid visiting Botataung Pagoda in the summer because of the hot weather and wet rainy season. The best time to travel here is from October to February.