Located on Shwegontain Street in the center of Yangon and only 3 kilometers away from the North East of Shwedagon pagoda, Chauk-htat-gyi Buddha is one of the most famous Buddhist temples in Yangon, known for its largest Buddha image in Myanmar. The enormous and shiny gilded look of this pagoda will make it worth paying a visit. Although Myanmar is a land of golden pagodas and Chaukh

Back then in 1899, this pagoda was sponsored by Mister Po Tho – a wealthy Burmese Buddhist. 8 years later, the original Buddha image was completed in the sitting position, but there was an aggressive expression on the face since face details were wrong proportioned. Through many earthquakes and other climate issues in Myanmar until 1957, the government decided to start over again from scratch and renovated it in 1966. One special thing is that the Reclining Buddha image was decorated with very vibrant colors, white face, red lips, blue eyeshadow, golden robe and red nails. During this renovation, about 5 meters were added to the image. The renovation was paid for entirely with donations from Buddhists and foreign tourists. You can see the names of the contributors are carved on the joist of the structure. From this, Buddha image here in Chaukhtatgyi pagoda is not just the largest one but also the most reclining one in Myanmar. 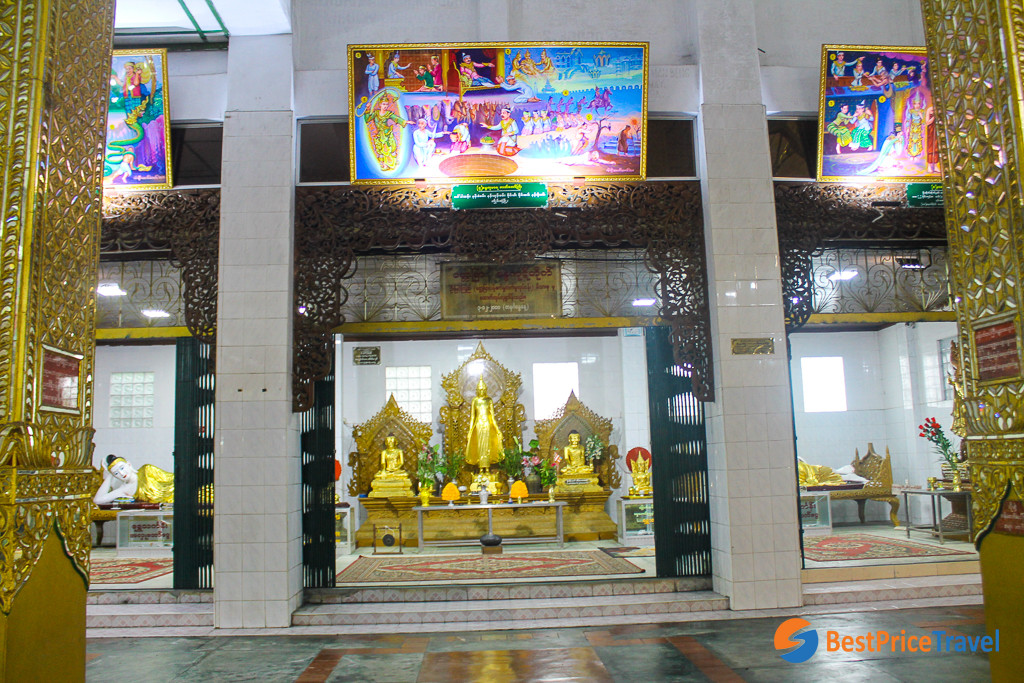 On the inside, you can see the giant wall painting of Buddha from being a young prince to a real Buddha and his activities with the monks around the structure’s wall. Because this lying statue is 65 meters long, you have to go around to discover and learn all that carving details. Especially you will find his feet with footprints that contain 108 gilded golden blemishes representing 108 auspicious characteristics of the Buddha. Each icon has a story comes along, you can study all of these features all day.

Religious people pay their respect to the Buddha by burning incense sticks and offering flowers. Around the Chaukhtatgyi Buddha image is a number of shrines, each one is used for each of the eight days of the week in Asian astrology (Wednesday got split and counted as two days). Local people pray to the shrine belonging to the day of their birth. 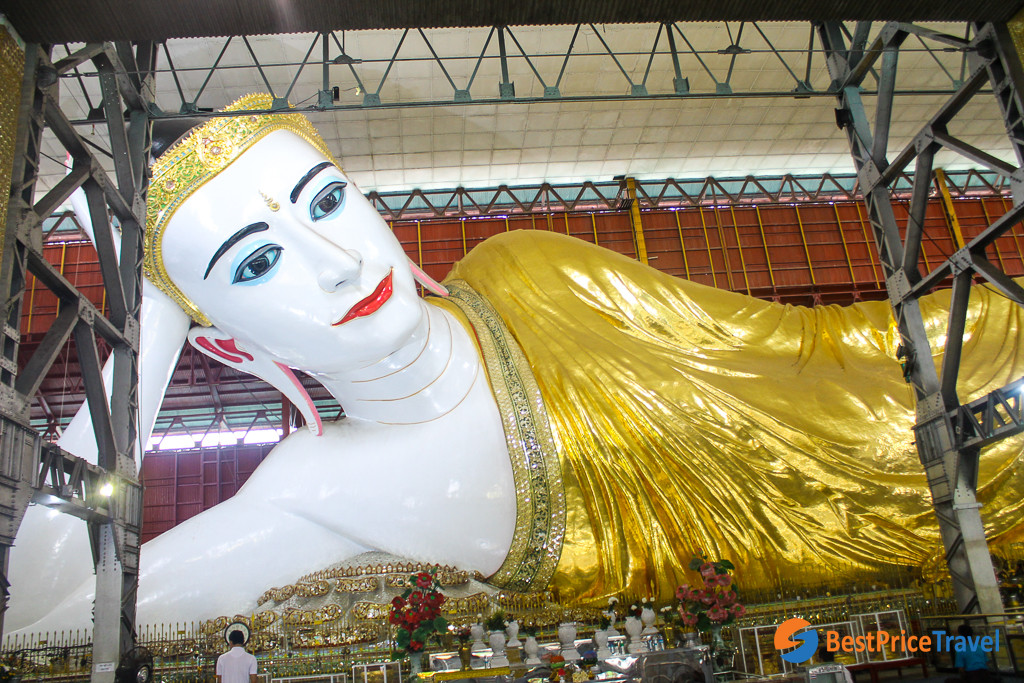 To get here, you can catch a taxi from downtown Yangon which should cost around 3 - 5 US dollars. The Chaukhtatgyi Pagoda opens daily from 6 am until 8 pm, and you have to pay an entrance fee of 5 US dollars for each. This fee is used for the maintenance of the pagoda and the Reclining Buddha image as well as for the education of local novices of the Ashay Tawya monastery.