The Plain of Jars Laos

The Plain of Jars is a megalithic archaeological structure that contains thousands of stone jars gathering in numbered clusters throughout the Xieng Khouang plain.

Remaining one of the most age-old prehistoric sites in Southeast Asia, the Plain of Jars is a unique collection of multi-sized stone jars scattered throughout the Xieng Khouang plain, located about 15 kilometers to the South West of Phonsavan.

History of The Plain of Jars

Situated in the Northern end of the Annamite Range, a prominent mountain range of Eastern Indochina, the Plain of Jars has captivated scientists and archaeologists since the 1930s.

The Plain of Jars is supposed to date from the Iron Age around the years between 500 BC and AD 500, but the foundation story is still in mystery. It is widely believed that Plain of Jars was uncovered by traveling Indian tribes almost 2000 years ago. Another legend tells that there was a group of giants inhabited in the highlands. After a prolonged and victorious battle, a giant King created the stone jars to brew and store huge amount of Lao Lao rice wine for celebration.

Mysterious legends of the Jars

Similarly, there are tons of theories and myths about the certain purposes of stone jars. The primary theory is that the jars were used as funeral urns since burned bones, ashes and a nearby cave housing human remains were uncovered by the time of discovering the Plain. Another theory claims that the jars may had served as food storages, while many investigators concluded the jars were used to store monsoon rainwater for dry season. 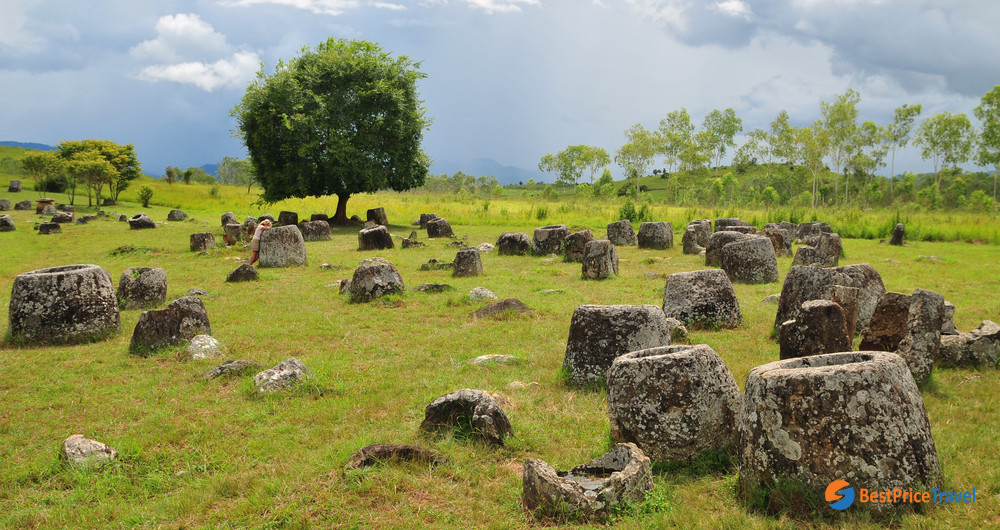 The stone jars scatter throughout the Xieng Khouang plain

More than 90 jar sites stretch over the plateau and each site has from one to several hundred stone jars. The jars are in cylindrical shape with the top narrower than the bottom. The jars also range in height and diameter between 1 and 3 meters. Made of sedimentary rock, each jar can weigh up to several tons.

Considered as one of the most dangerous archaeological sites, it takes adventurers a venturesome visit to pass through numerous unexploded bombs existing from the Vietnam War and the Secret War of the 1960s. Tourists only are opened to visit 7 sites (Site 1, Site 2, Site 3, Site 16, Site 23, Site 25, and Site 52) which have been declared to be safety. The rest is prohibited because of concussion waves of intense bombing. 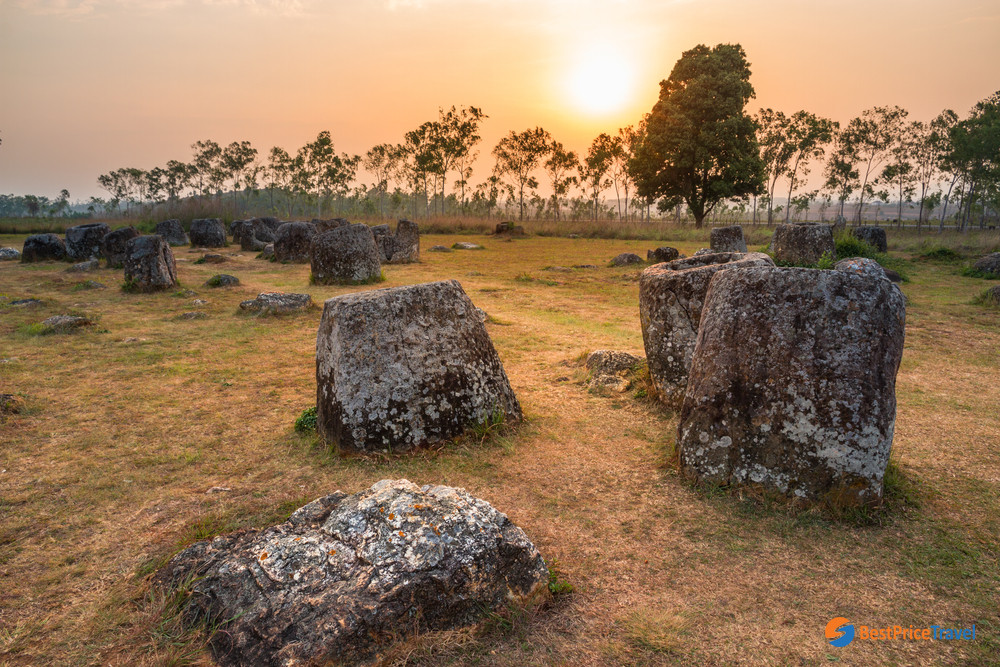 Explore the safe sites at the Plain of Jars

The first stop on the plain is Site 1 called Thong Hai Hin, a must-see base for seeing the far way jars. This site is closest to the town of Phonsavan and receives the most tourists. Only decorated jar bearing a sculpted human figure carved into the stone was found in Site 1. Beside three main sites, Site 52 is known as the largest one consisting of 392 jars but it is rarely visited and only is reached by foot.

You can hire a walking guide to take you on a hike around the whole visiting space. However, the most fascinating way is to explore the Plain at your own pace. Just remember to follow the instructed routes within the white and read marked areas for safety. 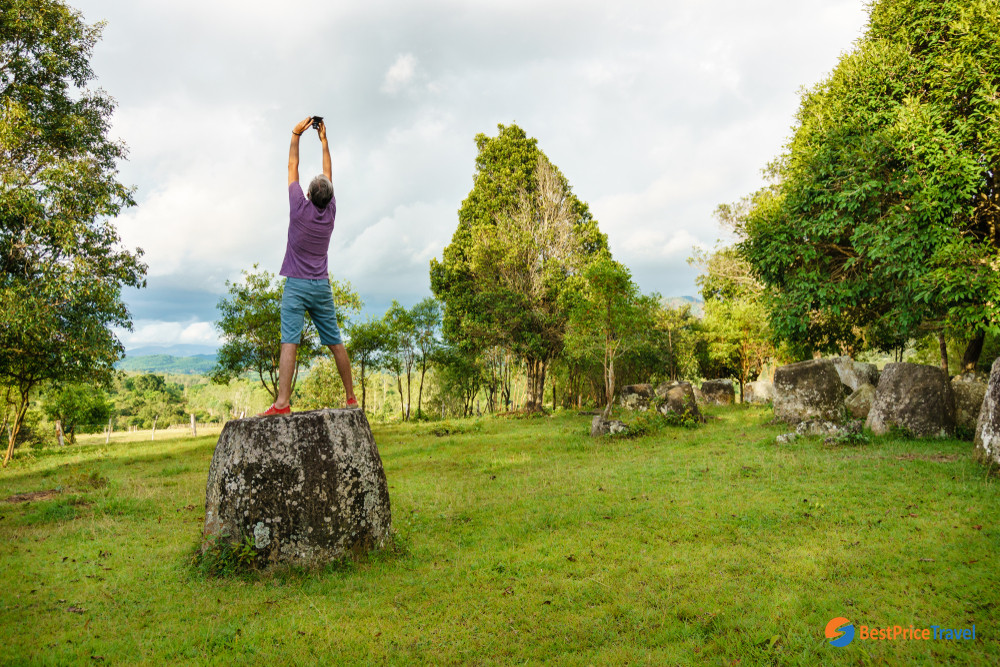 Enjoy the fresh morning air on the stone jars

The opening hours range from 9am to 5pm daily with the 10,000 kip entrance fee per person to each site.

To get to the town of Phonsavan, travelers usually take a flight from Luang Prabang by Lao national airlines. Additionally, it takes around 8 – 11 hours to travel by daily buses running from Vientian, Vang Vieng and Luang Prabang to Phonsavan.

The Plain of Jars Map