Xiangkhouang, meaning "Horizontal City", is a province of Laos, located in the Xiangkhouang Plateau, north-east of the country. Originally known as Muang Phouan, the present capital of the province is Phonsavan.

In the northeast of Laos, lying across a flat high plateau is the province of Xieng-Khouang, most commonly known for the intriguing ‘Plain of Jars’. Xiangkhouang Province has largely a mountainous topography. The province borders Luang Prabang to the northwest, Houaphan to the northeast, Vietnam to the east, Bolikhamsai to the southeast, and Vientiane to the southwest. Apart from floodplains, the largest area of level land in the country is located in the province's Xiangkhouang Plateau. This area is characterized by rolling hills and grassland. Xiang Khouang Province is one of the main maize producing areas of Laos. 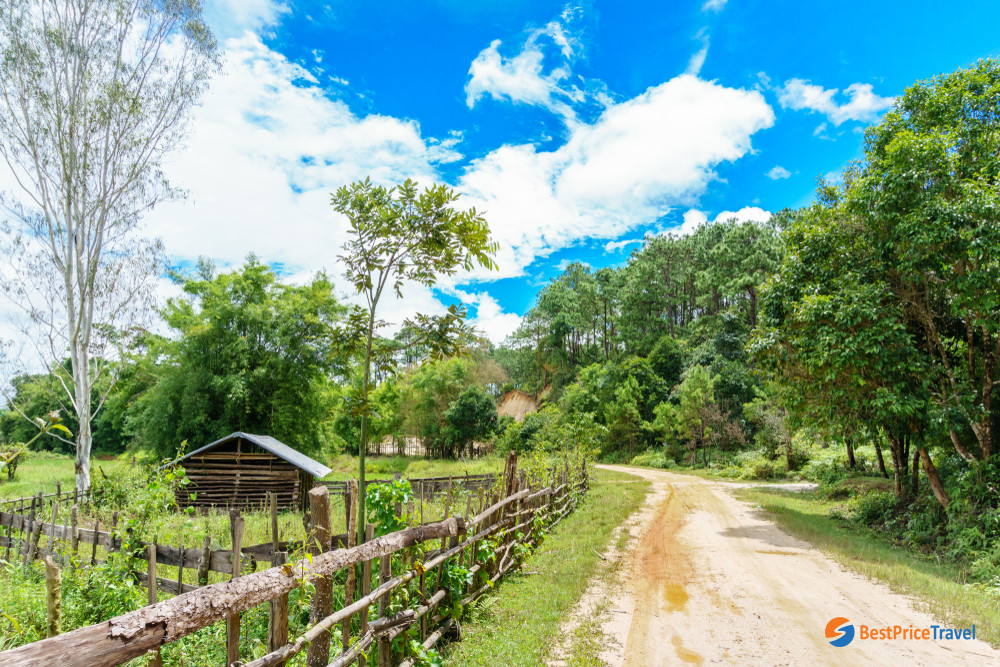 The rustic scene in Xieng Khouang

Xiangkhouang is home to different ethnic groups. The Tai Dam, Tai Daeng, Phuan, Khmu, and Hmong have settled in the province. Their traditional houses, dresses, beliefs and rituals are part of the cultural heritage of Laos.

From the early 19th century until 1975, central Xieng Khouang and the Plain of Jars was a recurring battle zone. It's estimated that more bombs where dropped on Laos between 1964 and 1973, than in the Second World War. In total, two million tonnes of ordinance was dropped on Laos, more than on Germany and Japan combined during the Second World War. As a result, the vast majority of sights within the province are dedicated to paying respects to the great tragedy that was inflicted on the area and its people. Visitors are advised to stick close to guided trails as unexploded ordinance still litter the plain.

The hundreds of giant stone jars, some as large as 3.25 metres high are strewn all over the plateau – carved out of solid hunks of rock from surrounding mountains, no one really knows why they are there. Theories range from the view that they were made to store wine for a huge party to celebrate the conquest of Pakhanh City (Xieng Khouang). Other archeologists believe they were made to store dead human bodies, as was the practice of ancient believers. No one really knows. 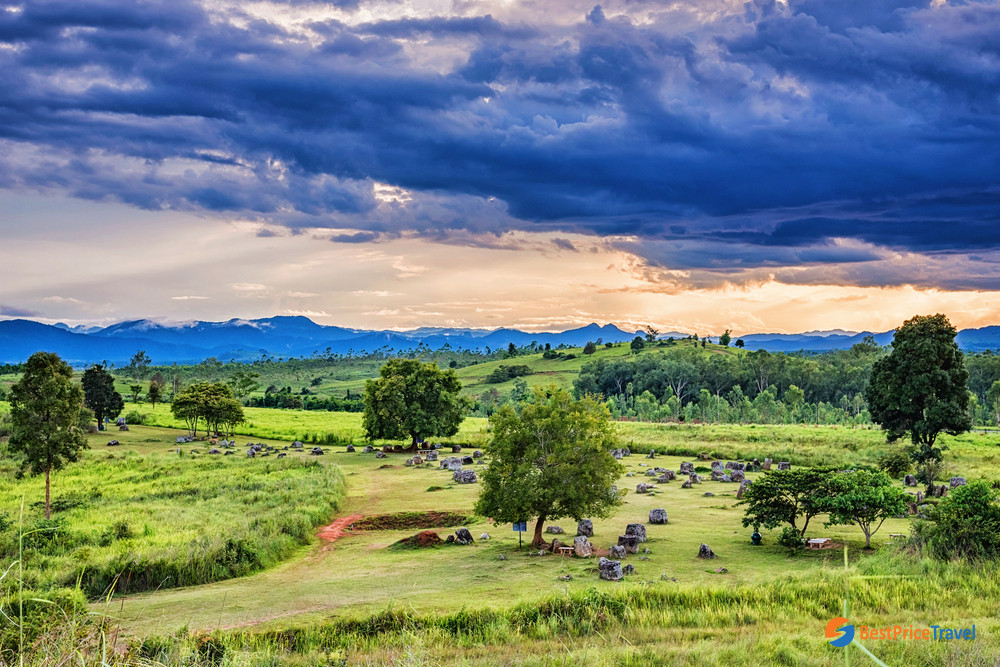 The panoramic view at the Plain of Jars

Because of the altitude (average 1,200m) in Xieng Khouang, the climate is not too hot in the cool season and not too wet in the rainy season. Consisting of elevated green mountains and luxuriant valleys, the beautiful landscape is somewhat marred by the bomb craters. The war debris and unexploded bombs that are spread across the central and eastern areas of the province are the deadly legacy of the Vietnam War.