In fact, Tu Duc lived a life of imperial luxury and carnal excess. He has 104 wives and countless concubines, but no descendant. Unfortunately, the luxury spawned a coup plot that was discovered and suppressed but still indicates how tremendous Tu Duc’s Tomb is. The beautiful scenery of the tomb looks like various colored classic paintings with small bridges crossing a flowered lake, green shades, and a peaceful atmostphere, which attracts tourists from all over the world.

Constructed in 1864, it took only 3 years to complete such a magnificent royal mausoleum. In fact, Tu Duc’s tomb is the most popular and impressive mausoleum of the royals’. It is said that the former Emperor designed the place himself for his usage before and after passing away.

Tuc Duc’s Tomb is a symbol of himself, portraying one of the Nguyen Dynasty’s Emperor: one has majesty, power, but no less elegance and grace. 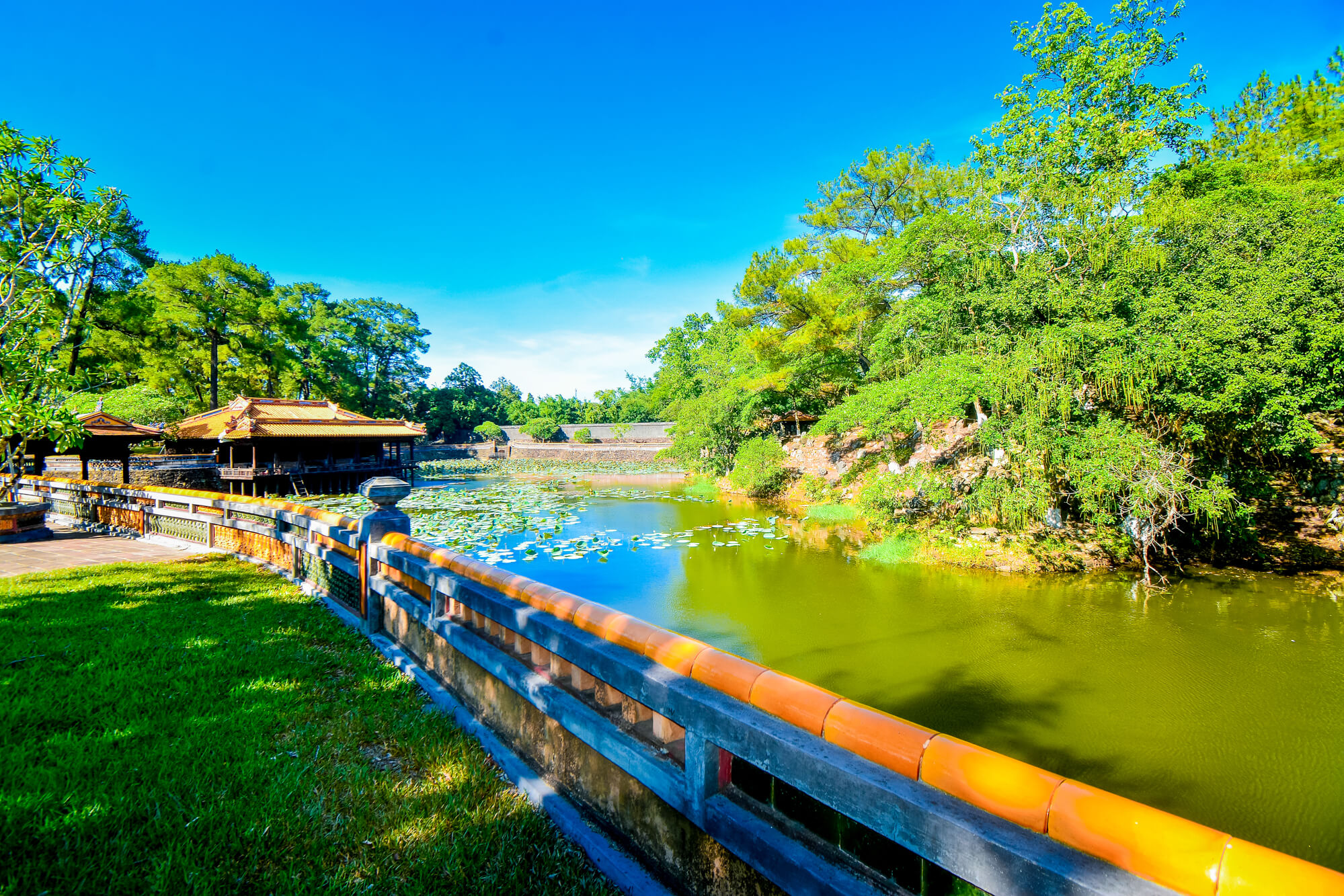 The tomb is a complex system of the pavilion, temple, chamber, courtyard, and personal palace. The path leading to Luu Khiem Lake starts from the tomb’s entrance. The tiny island situated on Luu Khiem Lake was named Tinh Khiem, where Tu Duc used for hunting games. On the other side of the lake is where he would compose poetry, the Xung Khiem Pavilion.

Stepping into Khiem Cung Gate is where Tu Duc used to rest, which resulted in an architectural complex inside the palace. In the middle is Hoa Khiem, where the Emperor worked and locates his ancestral tablet next to his queen for prayers in the present day. Meanwhile, Tu Duc’s mother is worshipped in Luong Khiem, located behind Hoa Khiem.

Another interesting spot you should spare time for a stop is Minh Khiem Theater, which hosted the Emperor’s entertaining shows. The theater’s design heavily carries Tu Duc’s cultural impress, which has amazed many tourists. Fortunately, they still organize cultural shows or literary functions nowadays to attract both domestic and foreign tourists. 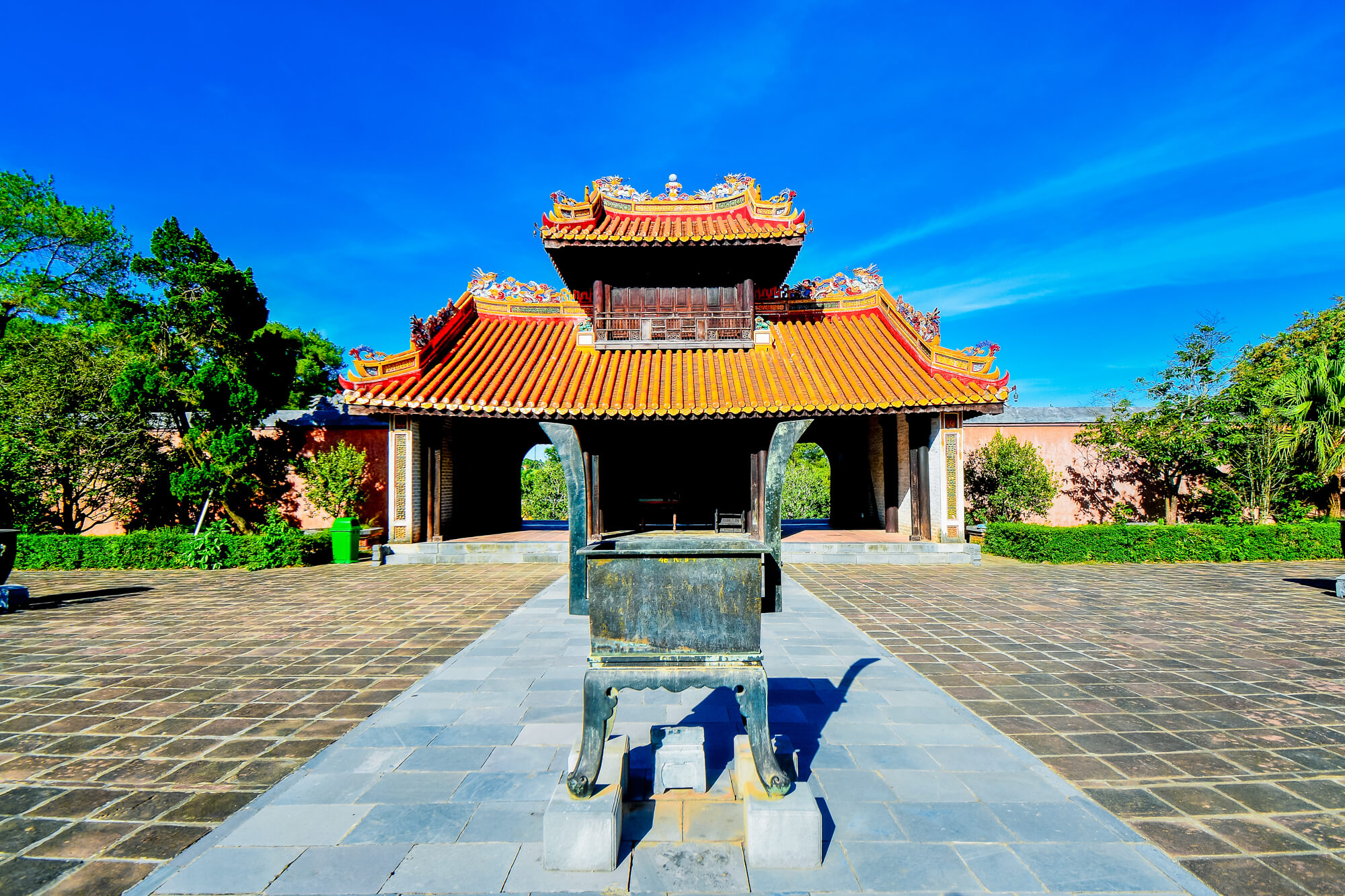 Passing through the palace area is the mausoleum area. You would see yourself 2 rows of martial standing statues of the ancient officials in Bai Pavilion. Right behind is the Bi Pavilion with 20-ton-weighted gravestones that engraved the Emperor’s Khiem Cung Story – which is considered as his own biology. He admitted his mistakes not understanding his people, use them wrong, and apologized for hundreds of jobs he left undone behind. 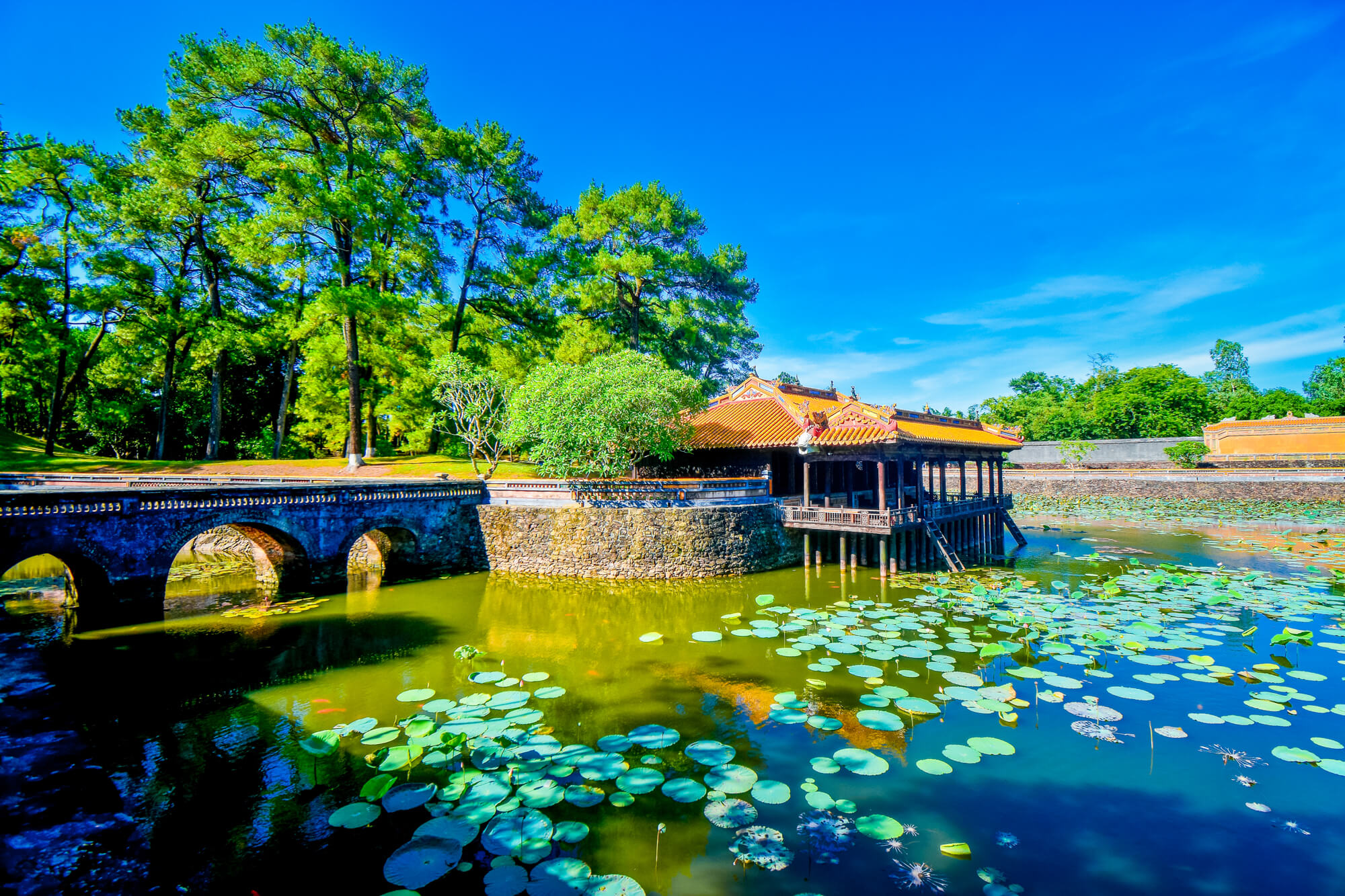 The wide lotus lake, the small bridges, the tomb itself will definitely offer travelers an unforgettable journey. Located 5km to the South of Hue, on Van Nien Hill in Duong Xuan Thuong village, Tu Duc’s tomb can be reached by tours, xe om (motorbike taxi), cyclo drivers from Hue center. It is suggested for tourists to come during sunny season (April to September) to avoid rainy weather from October to March.

Other attractions in Hue