Van Long is the largest waterlogged natural reserve in the Northern Delta of Vietnam. It is popular with simple splendid nature and a variety of flora and fauna that attracts thousands of tourists annually.

Van Long is the largest waterlogged natural reserve in the Northern Delta of Vietnam. It is popular with simple splendid nature and a variety of flora and fauna that attracts thousands of tourists annually. 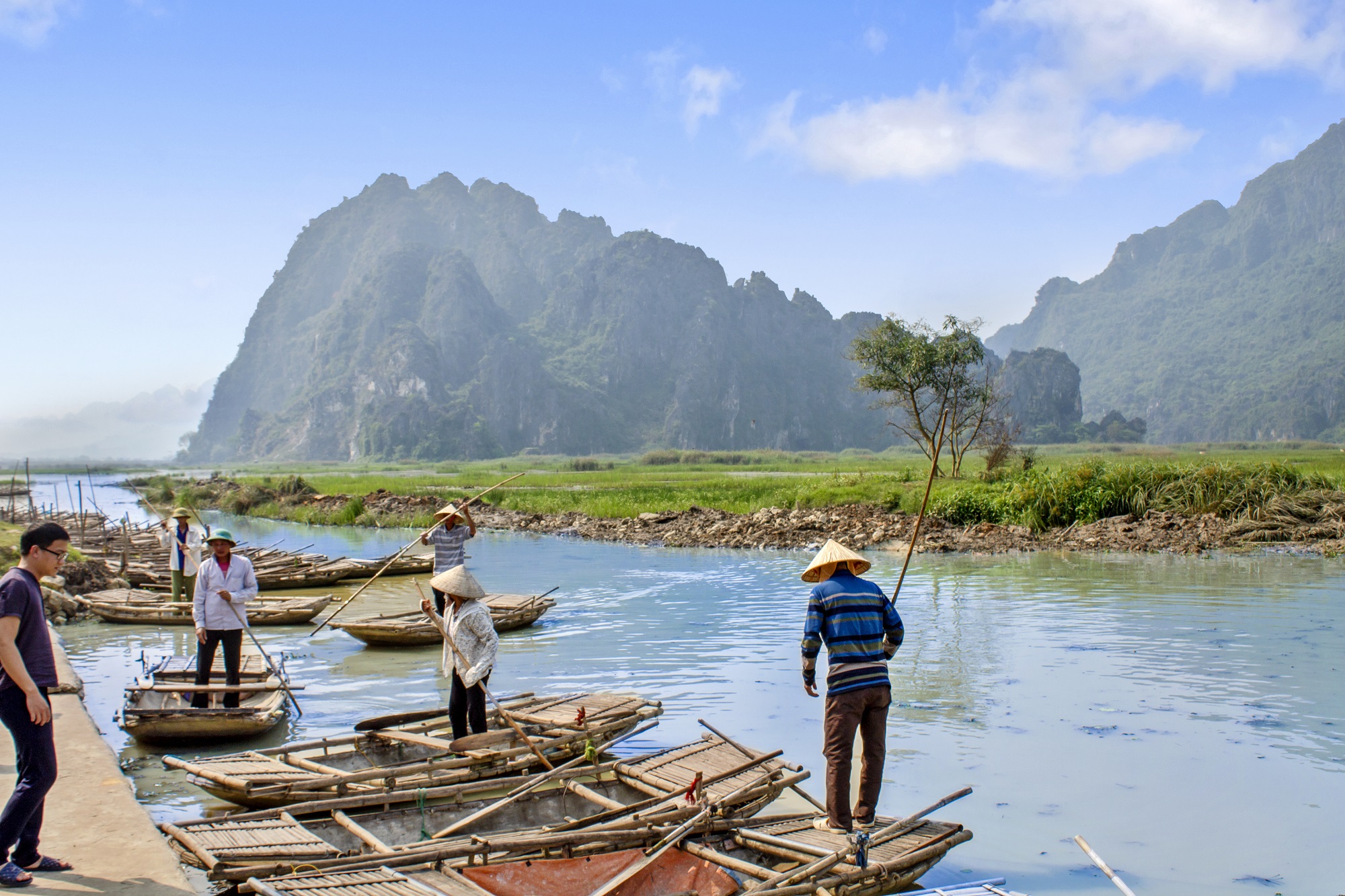 Located in Gia Vien district, Ninh Binh province, Van Long waterlogged natural reserve is described as a land full of mysteries, why animals keep coming here and become inhabitants. Tourists can hope to find peace in this tranquil place. Together with Trang An Scenic Landscape Complex and Tam Coc - Bich Dong National Park, Van Long is also a top-list destination in tourists’ planned trips. It is considered as an “inland Ha Long” with imposing cliffs, mountains and vast lakes which form a stunning scene. 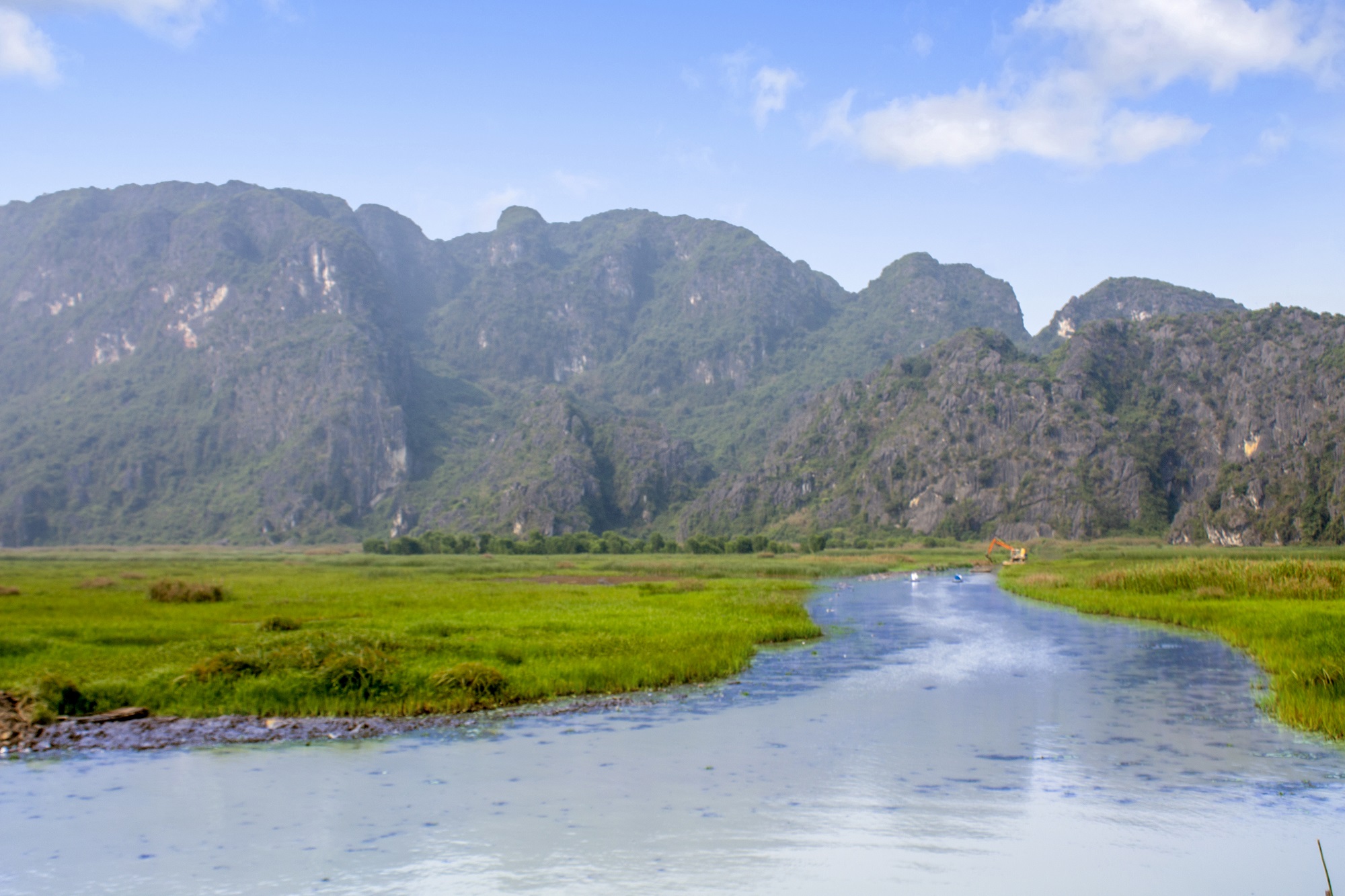 Although it was opened for tourism in 1998, Van Long is still as primitive as ever. It has totally 33 caves with different sizes but only a few of them are open to tourists. Among 33 caves, the most beautiful one is Ca Grotto inside Hoang Quyen Mountain. It is 250m long, 8m high and 10m wide, with stalactites in shape of fish, catfish, tilapia and other animals. According to legend, ancient people caught a fish of 45kg in weight inside this cave so it was named “Ca” (means “fish” in Vietnamese). There are also the highest Thung Doi cave as well as the largest Bong cave. 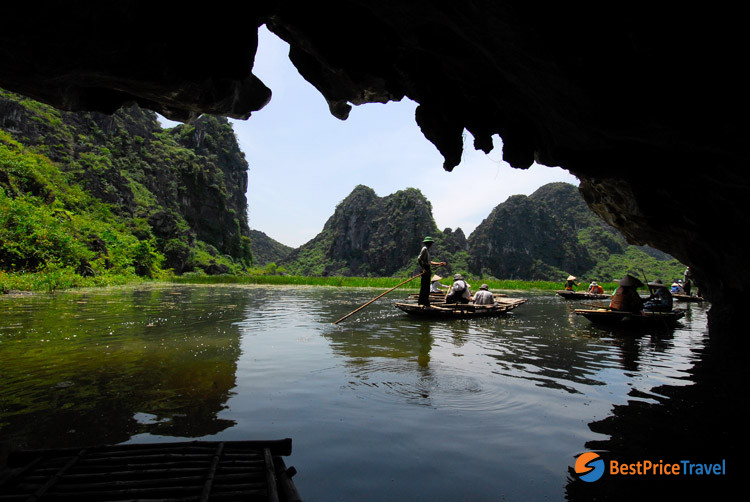 Van Long, the biggest wetland nature reserve site in the northern delta with an area of 3500 hectares is home to thousands of terrestrial and aquatic animals and plants. Among them there are rare and endangered species such as waterfowl, a giant water bug in Vietnam’s Red Book, and Delacour’s langur, a critically endangered species at home and abroad. Animals here inhabit seasonally, so you can see flocks of white storks flying and making nests in autumn, sky ducks pluming in the end of spring and start of summer. Van Long Nature Reserve holds two national records: the biggest community of Delacour’s langur and the largest natural painting. 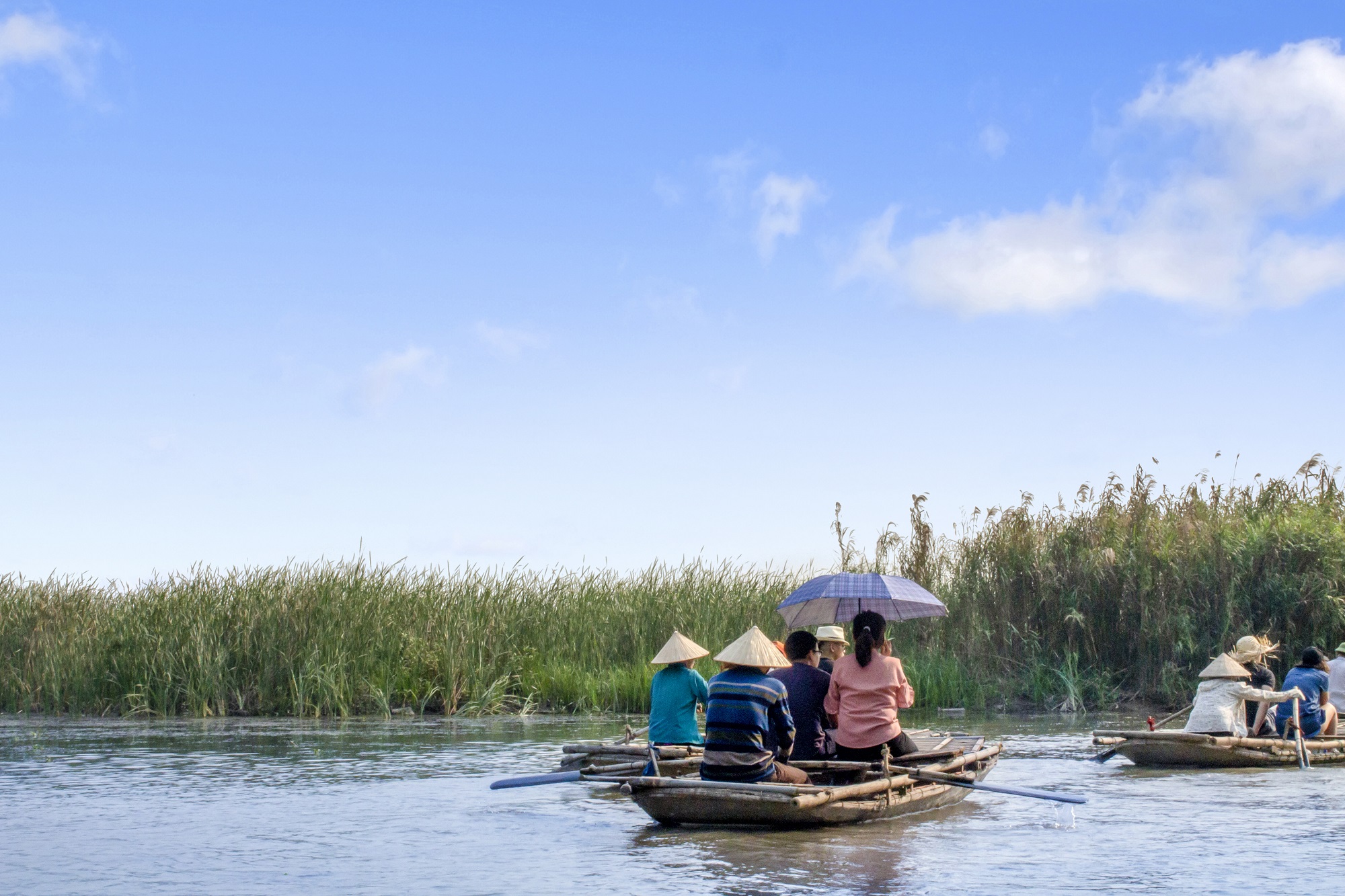 Coming to Van Long, tourists will have a chance to travel along the lake while sitting on the boat and watch the picturesque view of Van Long, enjoy the peace of a tranquil area.

Other attractions in Ninh Binh