Only about 3 hours driving from Ho Chi Minh City center, with a 20km coastline, Vung Tau is one of the most favorite destinations of southern visitors. Lying out of the mainland, from there, you can see the East Sea both at sunrise and at sunset. Besides the values of natural landscapes, Vung Tau is also has a long historical and cultural tradition.

Coming to Vung Tau, you will feel peaceful and comfortable with wide and airy roads. Below is the blue sea, above are mountains and quiet temples, etc. All create a magical Vung Tau, a Vung Tau city not only peaceful but also owned many famous scenic spots.

Christ the King: The statue of Christ the King, also known as the statue of arms out Christ, located at the top of Mount Tao Phung which is one of the great wonders of Vietnam. It was recognized as "the biggest statue of Jesus of Asia” in 2012. Christ the King owns a height of up to 32m, an arm span of 18.3m standing at 170m above sea level, with a beautiful view towards the sea. The statue of God is placed on a 10m high concrete platform in the shape of a bow with a frieze of "Last Supper" on the front and "God hands the key to Saint Peter "on the back. 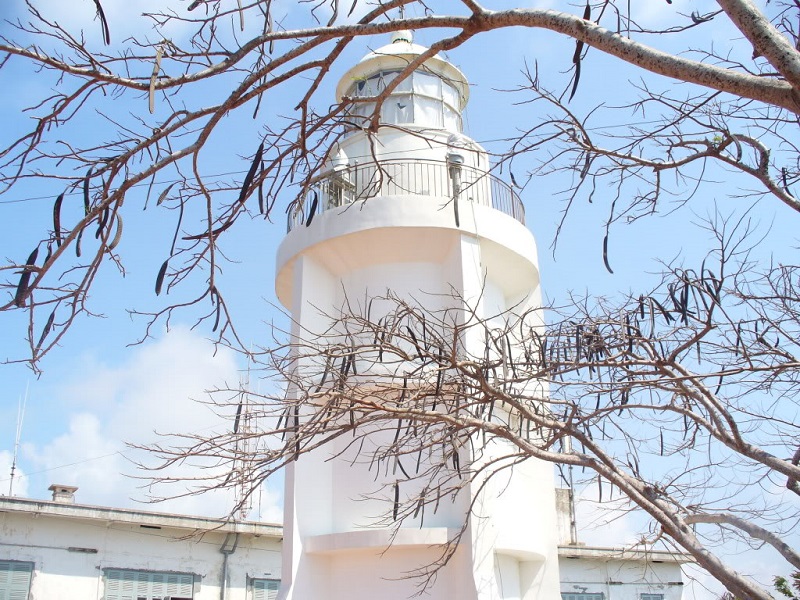 Vung Tau Lighthouse: Vung Tau Lighthouse is located on the top of Nho Mountain (also known as Mount Tao Phung), in Ward 2, Vung Tau City. Built by the French in 1862 for the purpose of giving directions and signals to passing boats, it is located at an altitude of 149m above sea level. In 1913, the French rebuilt this lighthouse, moved it to a height of 170m. 79 lighthouses in Vietnam were majority built on islands in the territorial sea, Vung Tau lighthouse is one of the few remaining in the city area and it is also one of the oldest lighthouses in Vietnam and Southeast Asia.

Pig Hill: In the past, Pig hill was a quarrying area, so there were almost untouched. In recent years, this wild hill with its cute name has been discovered and become an interesting destination to have fun, enjoy the scenery as well as take pictures. Pig Hill with wild features blended with a little mystery of the stone road, romantic of dry grass hills and the blue of the sky, etc. all create a special attraction. Especially, it attracts a large number of tourists as well as local people. 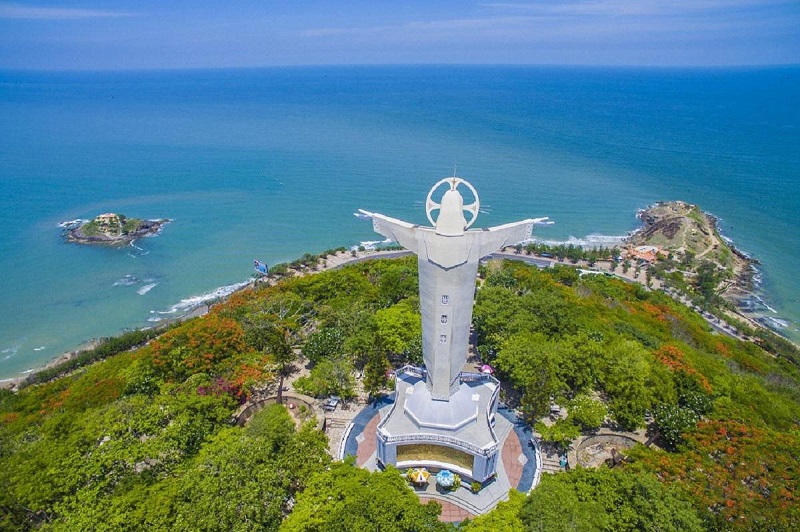 Ba Ria - Vung Tau on the tropical monsoon climate area, with two distinct seasons each year:
The rainy season starts from May to October, this time has Southwest monsoon;
The dry season starts from November to April next year, this time has Northeast monsoon.
The average annual temperature is 27 ° C, the lowest temperature is about 24.8 ° C and the highest one is about 28.6 ° C.

Vung Tau is not only an attractive tourist destination for tourists but also considered a unique spiritual and cultural destination in Vietnam and almost festivals here are related to the sea.
Nghinh Ong festival is held at Ca Ong Temple, Hoang Hoa Tham Street, Vung Tau City, this festival worships “Ca Ong”. According to Vung Tau coastal fishermen, “Ca Ong” (as known as a whale) is a savior, supporting them whenever the ship is in distress at sea. The festival is also an occasion for Vung Tau people to pray for peace, hope that the weather will be nice and convenient for them to fishing. 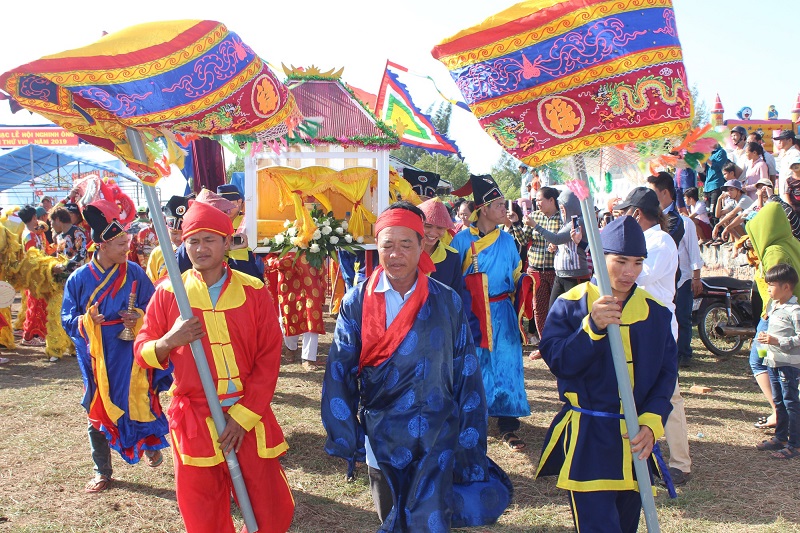 The coastal city of Vung Tau is 125km from Ho Chi Minh City. Currently, there are 3 kinds of transportations for tourists to get there: private transportation, passenger car or high-speed train. 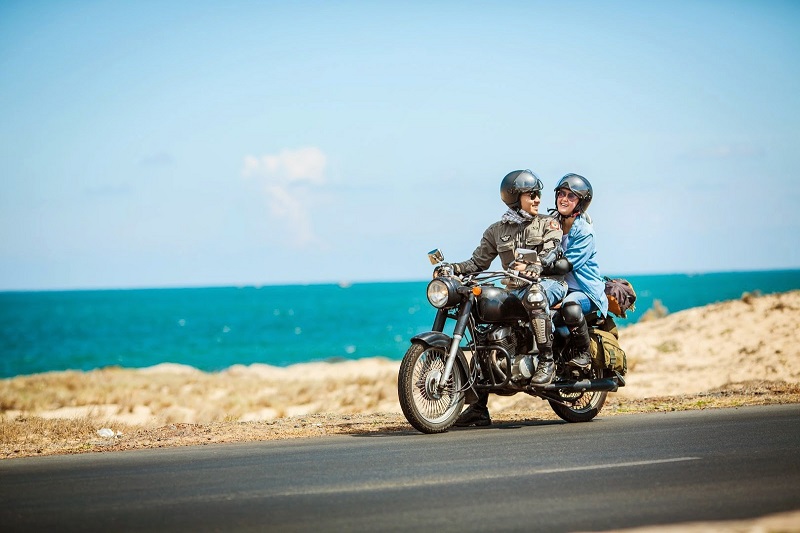 Private transportation: you can hire a motorbike or private car to go to Vung Tau. If you go to Vung Tau by private car, it will take you about 2 – 2.5 hours; about 3 -3.5 hours if you go by motorbike.
Passenger car: Price about 80,000 - 160,000 VND / ticket. You can go to the Eastern bus station to buy tickets, it will spend about 2.5-3 hours going there.
High-speed train: Pacific Express high-speed train, takes about 1.5 hours with the price is 200,000 VND/ 1 ticket. The train will start from Nha Rong port (No. 05 Nguyen Tat Thanh, District 4) along the Saigon River, through Ganh Rai Bay, and finally stop at Cau Da port, Vung Tau.