Beside the Plain of Jars, Wat Phia Wat temple is another remaining site during the ravages of historical war. This spot is famous for a war-scarred Buddhist statue sitting in touching-the-world posture on a plinth of a ruined wat.

Wat Phat Wat is chronicled to have been constructed in 1322 in order to house the first Buddhist statue which was transported from Burma to Xieng Khouang. This enduring Buddha has suffered numerous severe bouts of destruction. 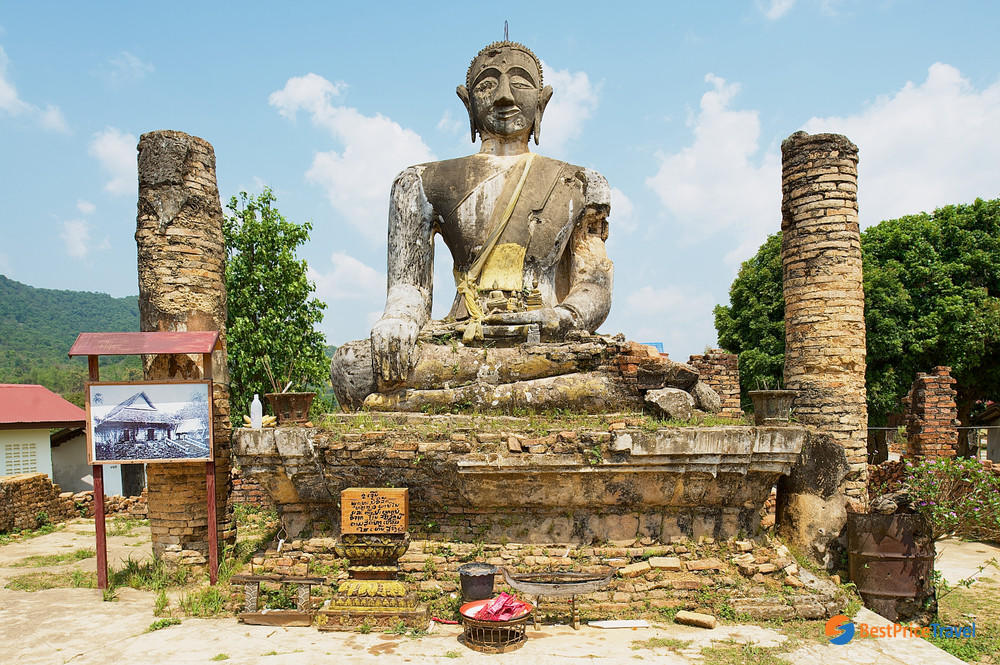 Surviving the extremely scared by bomb shrapnel, the Buddha statue itself had undergone devastation of the invading Chinese in 1375, the French invasion during the first Indochina War and the US bombing raids in 1966. After being reconstructed for few times, the structure now seems to have a shattered left arm and a melancholy face due to its missing eye and scarred right cheek. 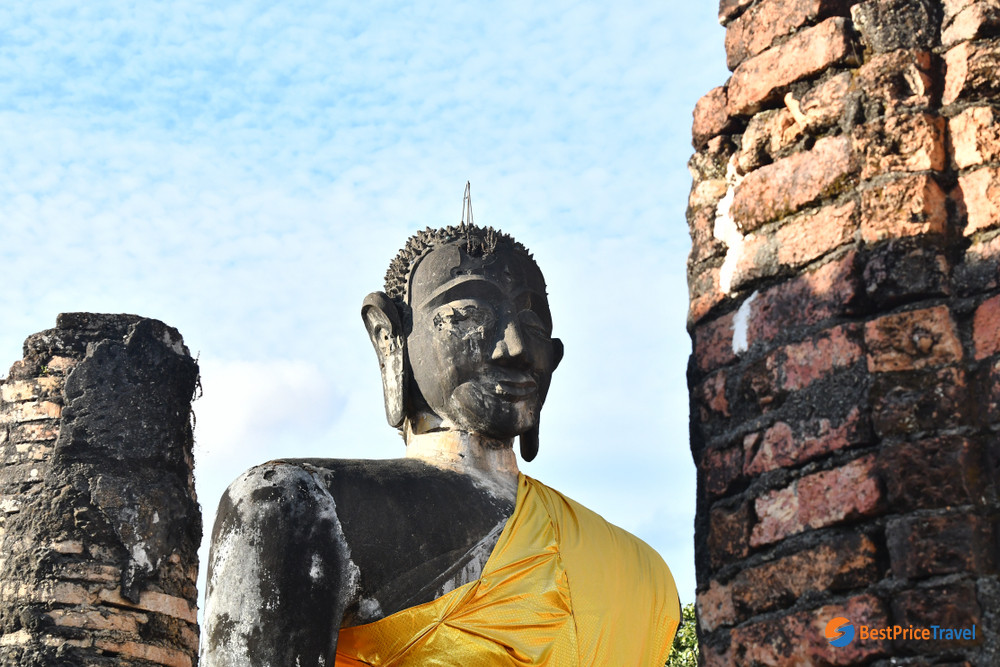 The ruined Buddha with missing eye and scarred right cheek

In the past, there was a Buddhist temple that was blown up. Visitors could wander around to better understand the story of Buddhism as well as Laotian national pride during the Indochina War. In the campus, there was a collection of gilded sculptures depicting the Buddha’s life. The most striking were the model of Buddha’s mother and newborn Buddha taking his first seven steps with blooming lotus in his footsteps. 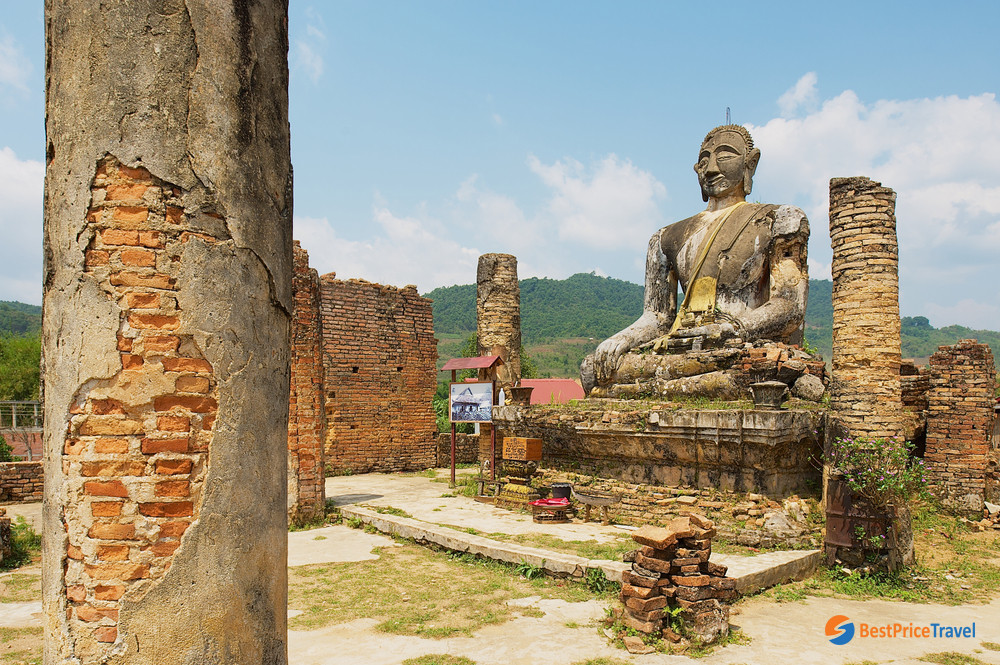 Today, only the temple’s brick foundation and a few columns survive. Worshippers still highly revered the enduring Buddha statue as an emblem of the Indochina war and how it ravaged Laos. From the temple, visitors can immerse in the impressive overlooking of the Mekong River.

Located 30 kilometers far from Phonsavan, a various choices of taking a taxi, driving car or riding motorcycle are available. However, nothing is more restful than taking a tuk-tuk and enjoying the pleasant views of rice paddies on the way to Wat Phia Wat.

Noted: Due to the overload of tourists and the destruction of the wat, Wat Phia Wat is recorded closed at this moment. This site might be reopened after comprehensive recondition.