One of the most important and popular in the capital, Wat Phnom is also a pagoda located on the only hill in the city.  Built in 1373 at the top of 27 meters-high hill, the pagoda has another name being “Lady Penh pagoda” according to an ancient legend, linked closely to the beginning and development of Cambodia’s capital.

As legend story told that in 1373, Mrs Penh (Yea Penh) picked up a driftwood on the river, inside had 4 Buddha statues so she decided to build a hill (Phnom means hill) and a small temple to put and worship those statues, for this reason the pagoda named Wat Phnom or many people call it as “Lady Penh” to remember the creator – Mrs Penh. At that time, Wat Phnom was very sacred and trusted by Cambodians, gradually the pagoda was famous and spread over the surrounding land also known as Phnom Penh were the hill meaning “Phnom” and paired with the name of the woman who built this hill – Mrs Penh. Hence some people said that the capital Phnom Penh was originally named like that story. 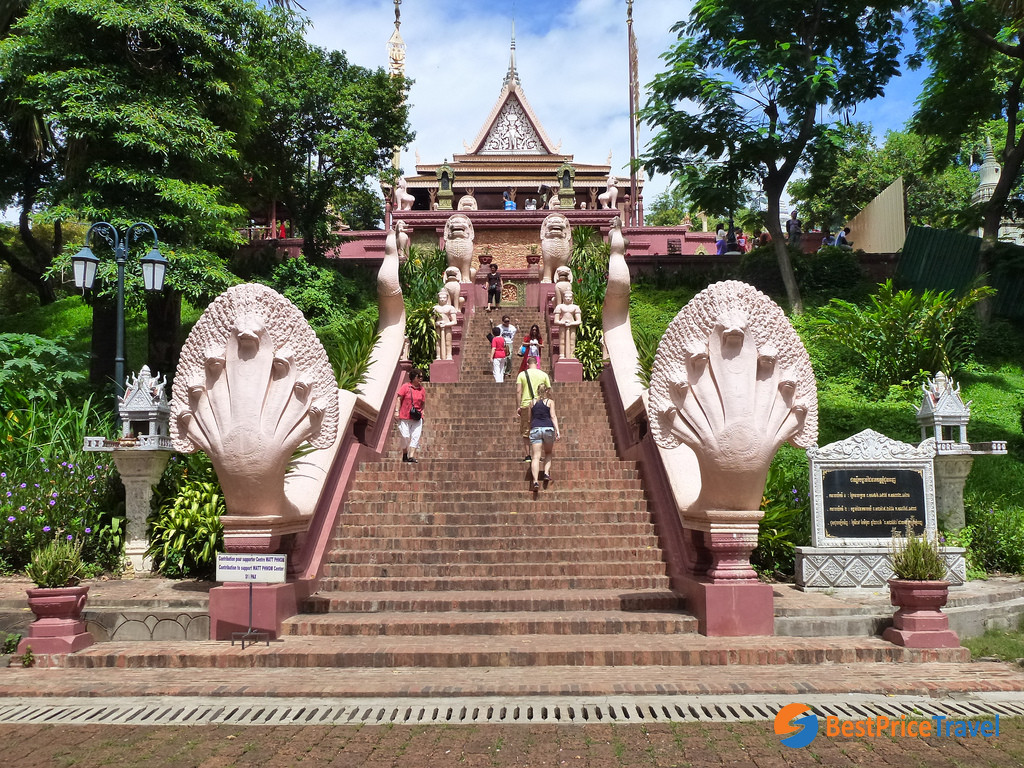 The pagoda was built in Khmer's concept so that on the main entrance, visitors will see many statues of lions and Naga gods, the mythical snakes of Hinduism and Buddhism, which is why the Naga snacks are always present in every corner of many temples such as on entrances, on stairs or on the roofs of ancient temples to drive away evil spirits. Naga snacks are considered power gods to defend sacred places, be a symbol of prosperity and snacks are a specie capable of protecting water sources for Cambodians. 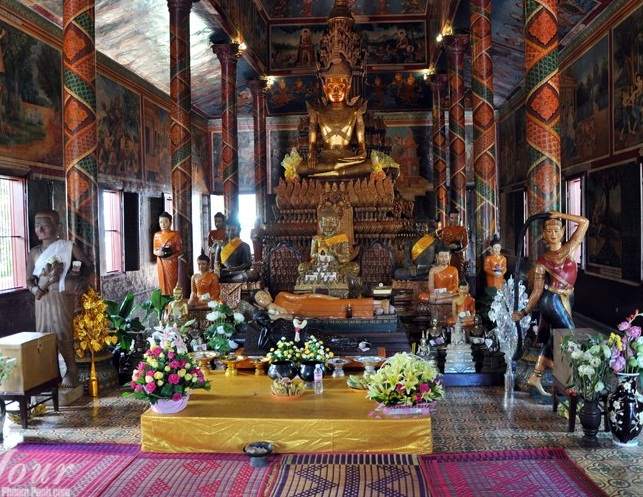 Be the most important pagoda in local people as well as popular destination, tourists should avoid the people selling birds in cages when visiting Wat Phnom. That's a cheat because the birds are typically trained to return to their cages and then be sold by the others. 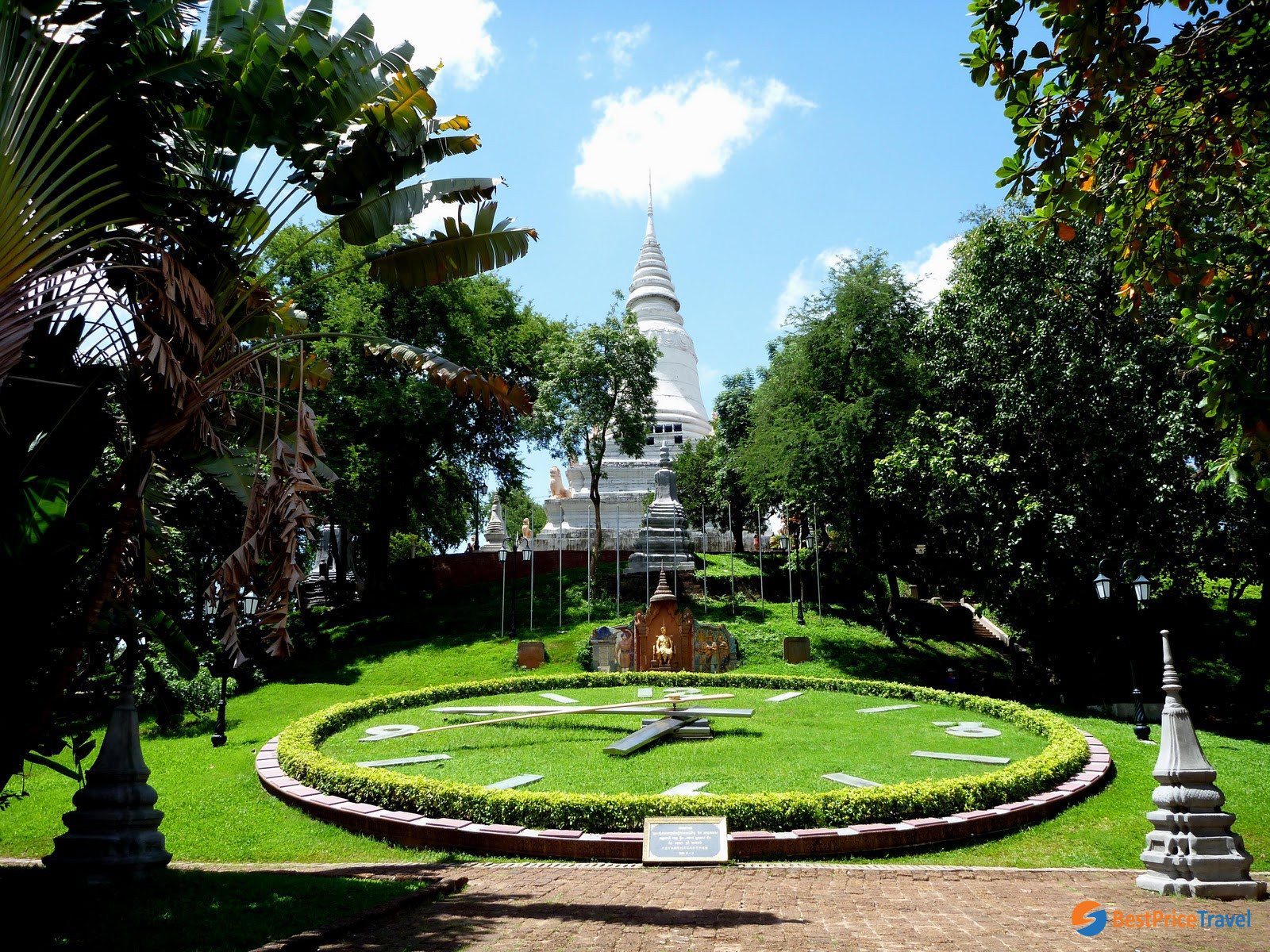 To go to the pagoda, you can go by yourself or take a tuk tuk to pick you up. From Sisowath Quay street, walking about 5 minutes to the left, go to KFC store and turn left on Road 98 to a hill, where the sacred Wat Phnom is located. Opening hour is from 8:00 to 18:00 daily with the ticket fee is 1 USD.