Wat Si Saket is an ancient Buddhist pagoda, which famous for over 2000 none – head Buddha statues and many other valuable statues.

Located in Setthathirath Road, Vientiane, Laos, formerly the place where the Emerald Buddha festival was held. Wat Si Saket was built by King Chao Anuvong, the last king of Lan Xang kingdom, in 1818. It is located near Phra Keo pagoda, where the famous Emerald Buddha statue is located. At that time, Laos had just become the vassal state of Siam, which explains why this pagoda had Bangkok structure. It also can be the reason why Wat Si Saket was not destroyed when the Siamese army attacked Vientiane in 1828 and only Emerald Buddha statue was robbed. Therefore, Wat Si Saket is known as the oldest pagoda in Vientiane. Besides this explanation, there is another legend about the pagoda. When the Siamese attack the pagoda, the sky was covered by dark cloud. The army were scary and retreated immediately because they believed that was the anger of heaven. Thus, only Wat Si Saket survived, continuing to play an important rule in spiritual activities of Vientiane people since the 19th century until today. 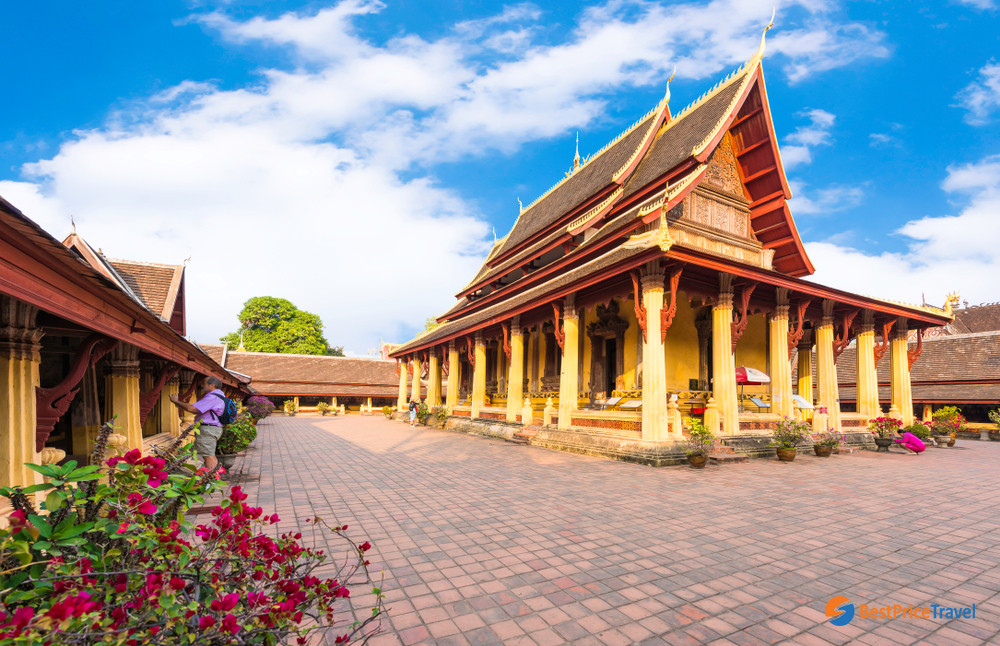 Wat Si Saket architecture and artifacts are the main reasons that attract many tourists to visit this area every year. The Bangkok architecture with 5 corridors surrounds “sim” (the main shrine). The gate of the pagoda is made of simple textured laminated woods, but tourists will be amazed at the huge number of all sizes Buddha statues inside Wat Si Saket. Most of the statues are not intact such as: lost their hands, legs or cracked, etc. but they all lost their heads. The walls of the corridors are home to more than 2000 big and small Buddha statues, made in the 16th - 19th centuries. Around the corridors, there are more than 300 Buddha statues in the style of Lao sculptures which made of wood, stone or tin. The western corridor displayed a series of broken statues – result of the Siamese army's attack in 1828. 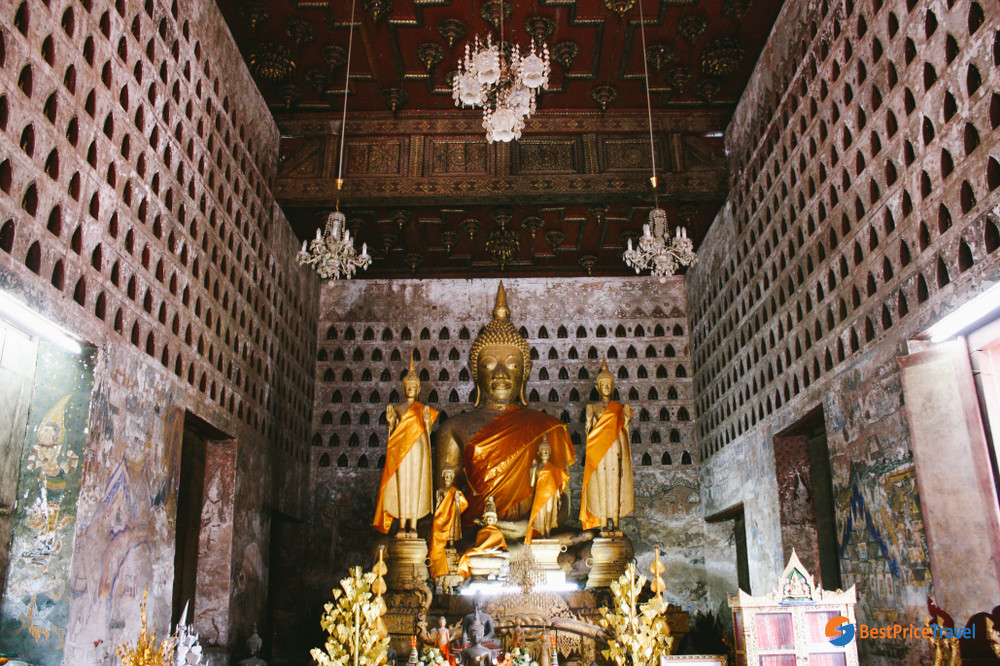 It is also a museum where more than 8000 valuable books are kept and 6840 Buddha statues were made of many materials such as bronze, stone, wood, silver or plaster, etc. Inside the main shrine has thousands small blocks, each block placed a Buddha statue, creating a sense of protection for the prayers. The outside corridor system also placed hundreds of big and small Buddha statues. There is also a nearly 400-year-old library with many ancient Buddhist scriptures written by hand on palm leaves.

Until now, monks in Wat Si Saket still go on a mendicant journey, to have daily meals and give tribute to the souls which were sent in the pagoda. Local people give their food to the monk's pagoda, which is also the way they show their respect to Buddha, praying for peace and health.

If you have chance to visit Vientiane, the capital of Laos, do not forget to come Wat Si Saket and discover the fascinating things of this ancient pagoda.