Ho Tay or West Lake is the largest of all the lakes in Ha Noi. The lake is in the northwest part of the city. Long ago, the lake was a branch of the Red river but later, as the river changed course, the lake remained a body of water just west of the river.

It is called West Lake but nowadays, it is located in the northwest of Hanoi’s center. The perimeter of the lake is about 17 km; you can see many hotels, restaurants, large villas around it. 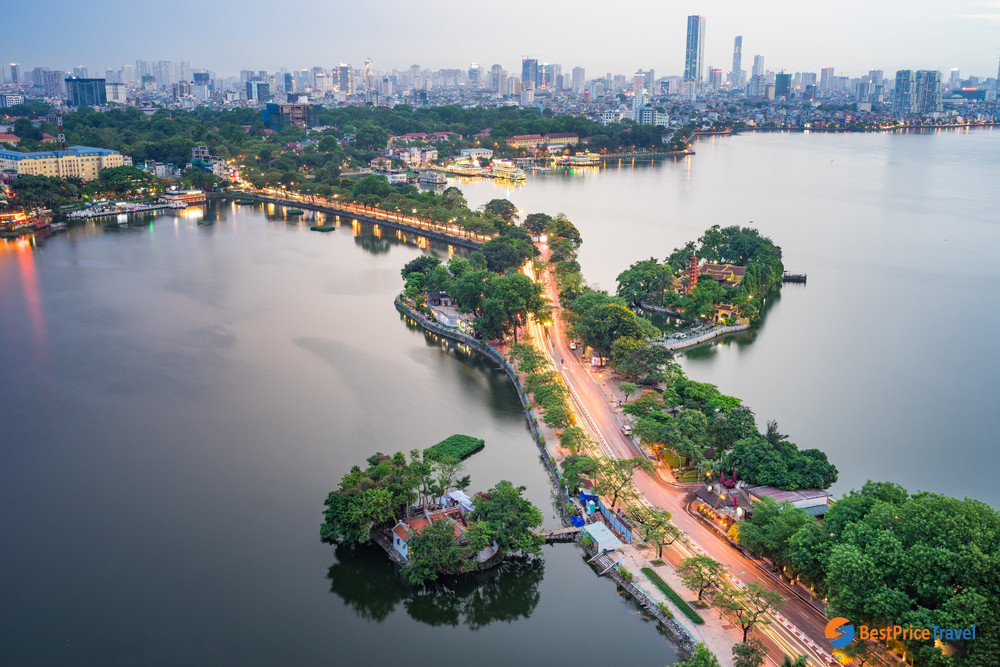 West Lake and Truc Bach Lake are divided by Thanh Nien road; many people believe that this is the most romantic street of Hanoi. At first, in the 17th century, it was built to keep the fish in Truc Bach Lake. Rows of trees, small flower beds covered 1 km distance, have a view from a high place, you will not be thrilled with that beautiful picture.

Because the lake is very large, you can spend about 1 - 2 hours biking around in the early morning or sunset, you will have no regrets about that time. Shimmering water surface with sunlight, gentle wind, away from the dust and noise of downtown, you will feel totally relaxed. When tired, you absolutely can find a café or small restaurant popular for its excellent cuisine of Hanoi. Particularly, in the summer, you will go through the magnificent lotus pond. I am sure a lot of people have never seen the really refreshing lotus. 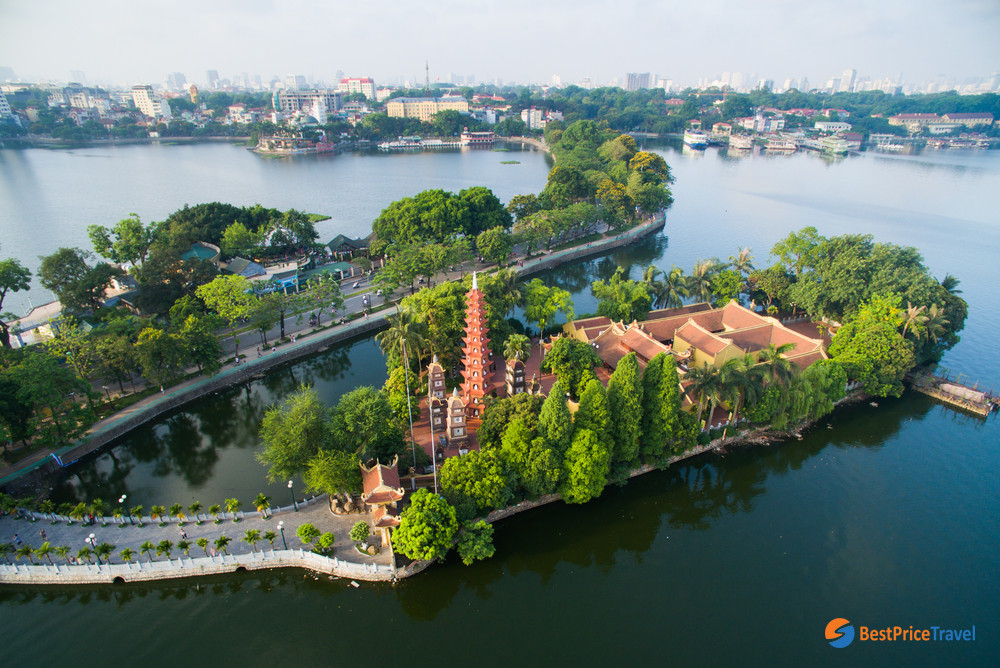 Some historical sites around the West Lake can be interesting places for tourists who love culture: