Myanmar is a Buddhist country where up to 89% of the population is Buddhist followers. As a place where Buddhism has gone deep into the core of culture, it is not difficult to understand why Myanmar has many temples built on a large scale and very unique, in which Bagan city is not an exception. One particular temple that you must visit, which happens to be among the most beautiful

Ananda was built in 1105, although it has been badly damaged but now has been restored to serve tourists. The feature that differs Ananda to the rest of the temples is the gold-plated tower. In the middle of the plain of Bagan, the top of Ananda tower can be seen extremely prominent and unique. According to legend, the story of Ananda Temple is associated with 8 monks from India. Once, the monks went to see King Kyanzittha and told him the temple in the Himalayas they were practicing. After being impressed with the monks' story, the King immediately built a temple of similar structure in Bagan. It took 15 years for the temple to be completed. 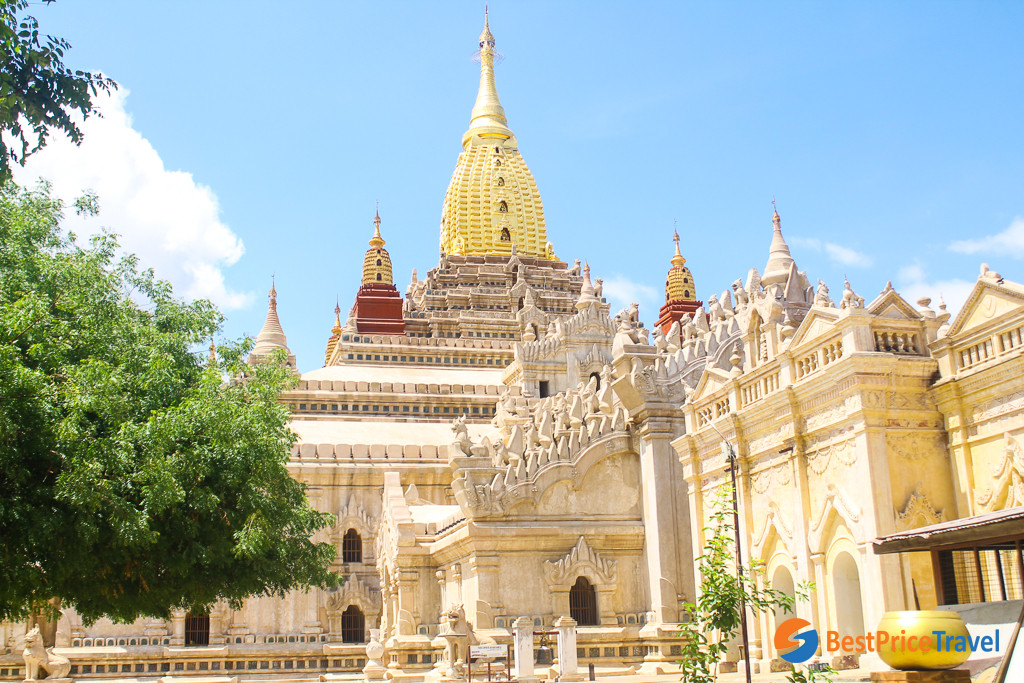 Ananda has a very symmetrical structure with a Greek diagonal layout, which makes it one of Bagan's most beautiful and sacred temples. Tourists will easily realize that the temple also has some Indian influence. A long corridor but simple, not too picky like any other places with a central square of 53m. The pathways create a perfect entrance, the stairs are decorated with 554 ceramic tiles, on which the story of the Buddha is told, which will not make visitors bored while discovering the temple. Ananda is about 51m high and is the best restored ancient temple in Bagan. Inside Ananda Temple are four Buddha statues of nearly 10 meters height, have reached the Nirvana realm, each face in a different direction: Buddha Kassapa (south), Buddha Kakusandha (north), Buddha Konagamana (east) and Buddha Gautama (west direction). Stone sculptures and frescoes on the walls are also very outstanding. It is considered a famous wonder of architecture and is also one of four certain temples to come in Bagan along with Shwezigon temple, Dhammayangyi temple and Shwesandaw temple. In the evening, the temple is lit with colorful lights to create an enchanting atmosphere, promising tourists countless of magical photos. 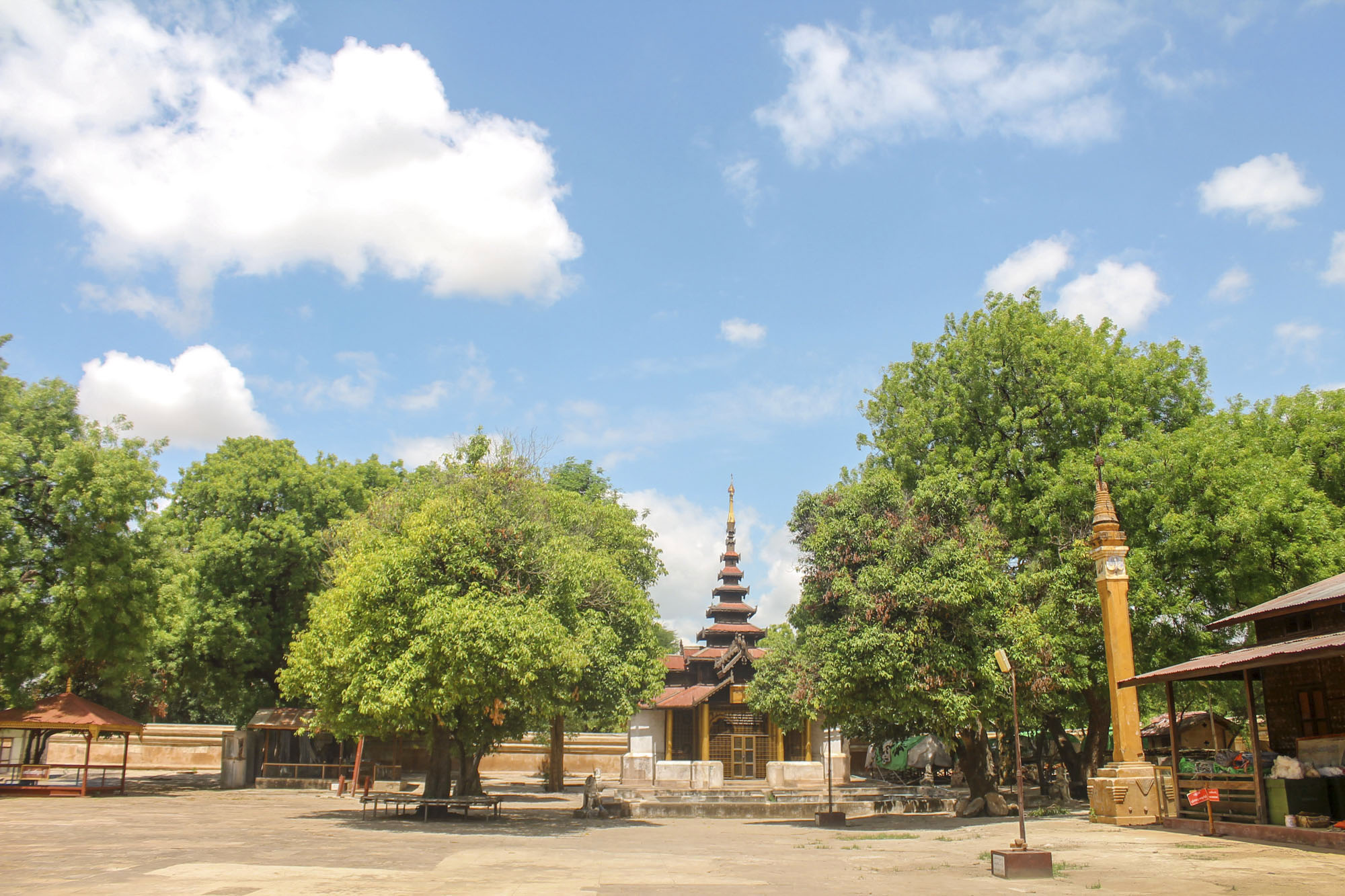 Just like other temples in Bagan, tourists must leave all footwear outside and only barefoot inside. Skirts or shorts are not recommended as they may be refused entry to the temple. The best time to visit Ananda is from October to February every year because of the cool air, low rainfall, which is also suitable for a hot air balloon ride. Visitors can also join the festival of Ananda Temple, which falls on Pyatho's full moon (between December and January according to the lunar calendar), attracting thousands of locals. Up to a thousand monks read the Sutra from day to night during the three- day festival, which is a really nice experience for you to deeply understand the culture of Buddhism in general and Myanmar in particular. Temple’s tour and transportation are available upon request at every hotel.