Located from 60 miles northwest of Ho Chi Minh City, Cao Dai temple is one of the destinations that most people visit on one day trip here. Cao Dai is a Vietnamese religion that incorporates aspect of Buddhism, Taoism, Confucianism and even Catholicism. Visitors will understand more about the worship of local people toward Caodaism.

Cao Dai or Caodaism is not only a religion but also has strong influence on national politics. Caodaism incorporates many aspects of Buddhism, Taoism, Confucianism and the hierarchical organization from Roman Catholicism also. According to Caidaism, all religions have the same principles. In 1990s, there were more than 2 million adherents, but now, the number of adherents is 6million.
In some references, Cao Dai temple was said to be buit between 1933 and 1955. This temple includes many figures about Buddha, Jesus, Muhammad, Chinese leader and Victor Hugo, etc. 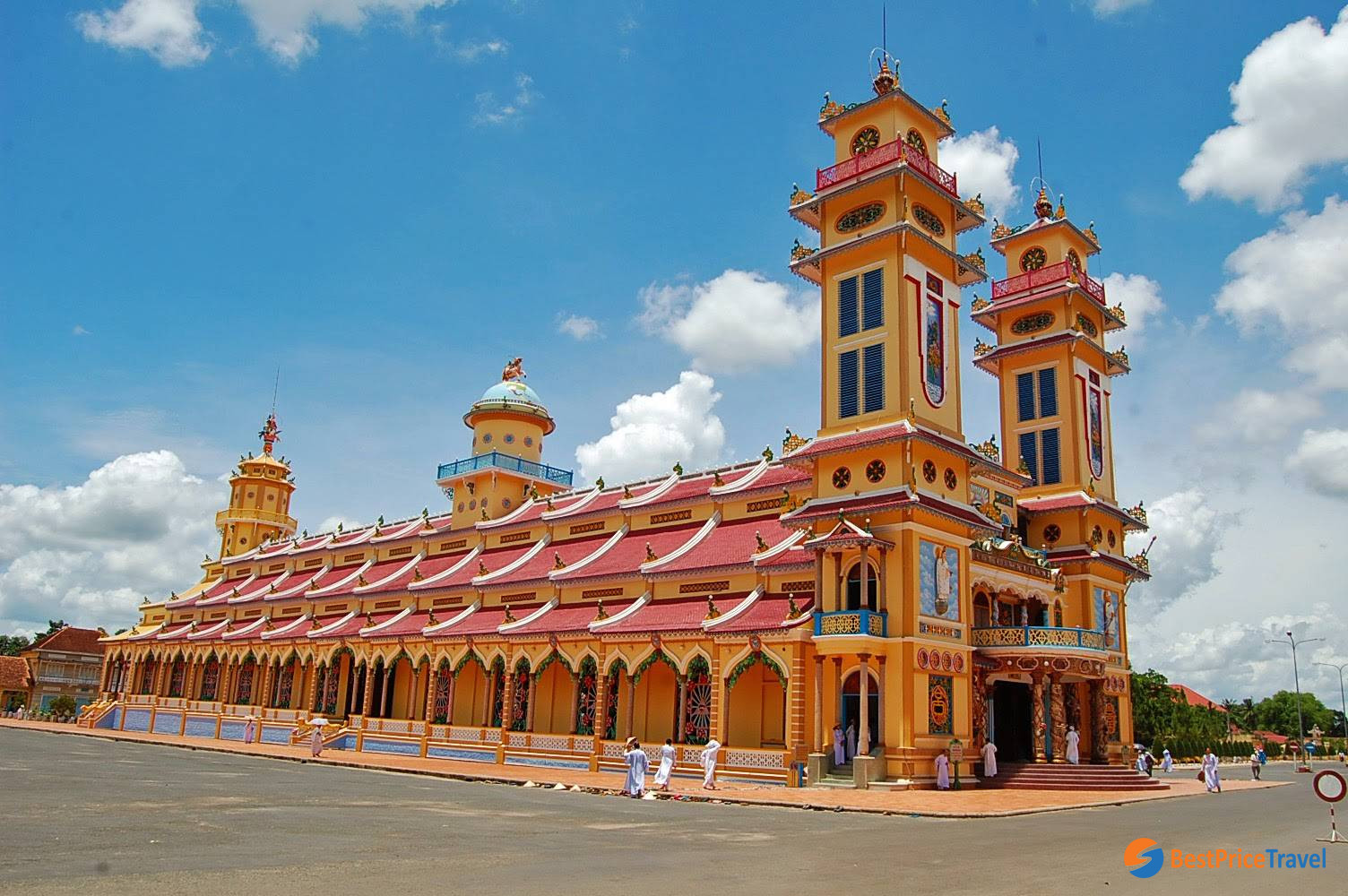 The construction looks like the representation of a church. The outside and inside areas of Cao Dai temple are all designed and decorated by incorporating symbols, images of saints. The high ceiling is painted with blue sky and clouds; the floor tiles have different patterns. In the main area, tourists will admire a plenty of big pillars, which are decorated with pink background and image of big dragons. The most important symbol is Divine Eye representing God. 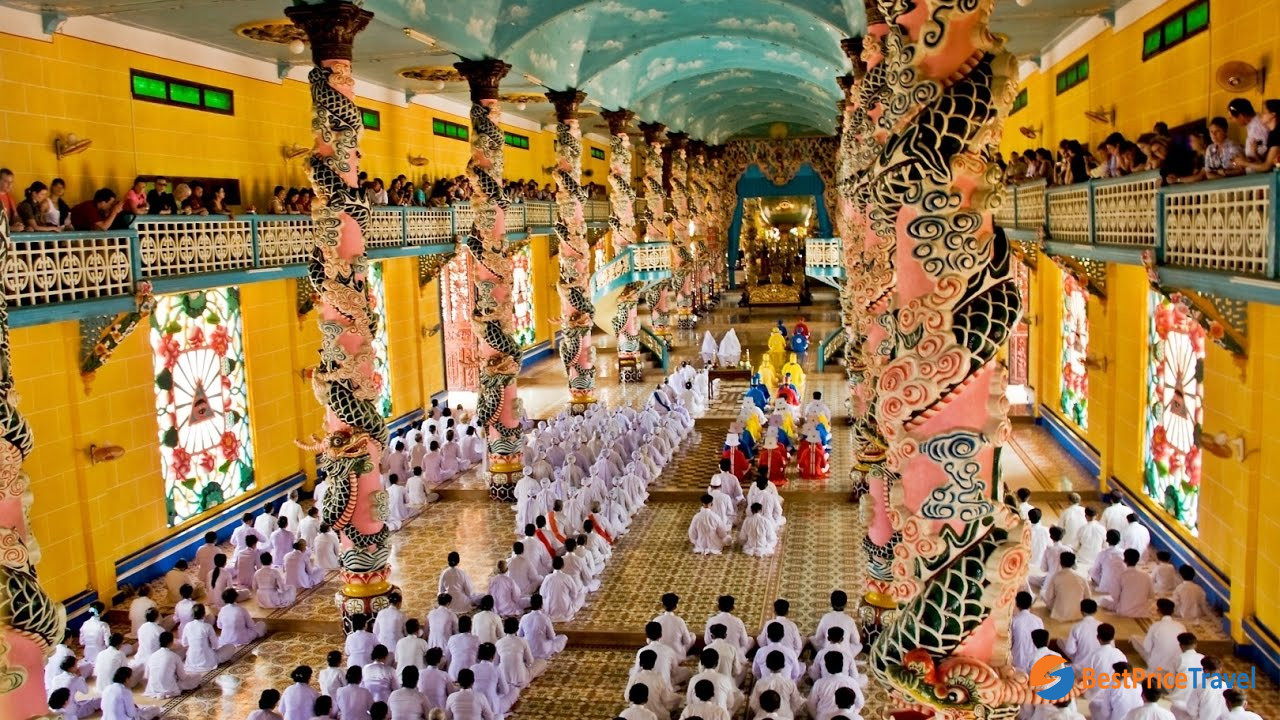 In chanting time, inside the main area of temple, you can see worshipers and priests bowed, their head planted on the floor and chanted words of praise. Many different and colorful robes was stunning among the tranquil atmosphere and solemn drumbeat. The colors of robes reflect three principal colors of Caodaism are yellow (for Buddhism), blue (for Taoism), and red (for Christianity).