Dinh Huong Island is a famous island among hundreds of large and small islands in Ha Long Bay. Located close to the Dog Stone Islet, Dinh Huong Island is a place considered a masterpiece of creation after many experiments with other islands. Dinh Huong Island has the shape of a censer, its appearance is very superficial and can easily be related to the image of a giant censer placed on four slender stones, but actually very solid. 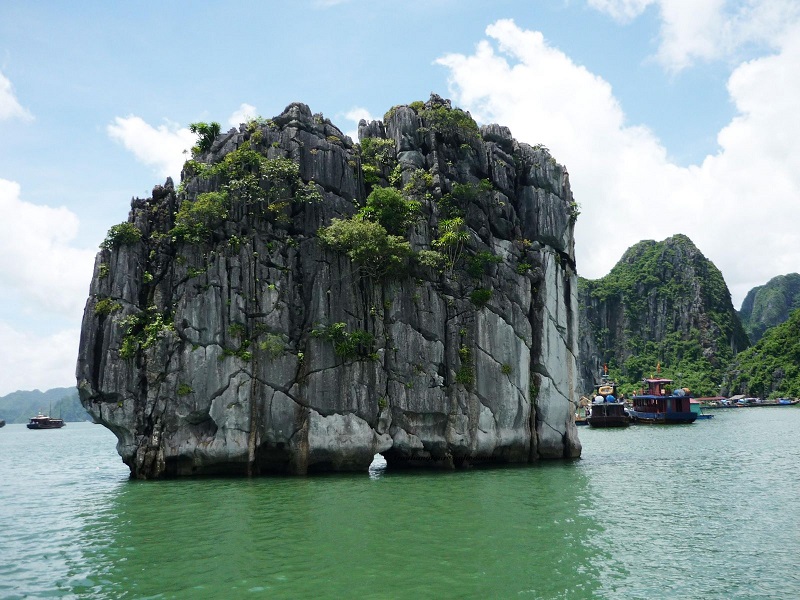 The island has the shape of a giant cense standing in the middle of the sea as a sacred offering to heaven and earth. At low tide, Dinh Huong Island reveals the foot of the island that has been eroded by the sea for millions of years. At high tide, the island's foot is hidden, Dinh Huong Island takes the form of a wall, shielding and protecting the ship, fishermen, and tourists. With the spiritual meaning, Dinh Huong island is considered an island that brings good luck, affordable, so the image of Hon Dinh Huong was chosen to print on the currency (200,000 VND).