Seeking for a travel hub that is a mystical and magnificent feat of nature that never fails to impress? The one and only Halong Bay can be put into your list as a must-come spot when visiting the Northeast of Vietnam. Recognized as a UNESCO World Heritage Site twice, Halong Bay is under the management of both Quang Ninh and Hai Phong provinces.The whole bay is about 1,500 square kilometers, consisting 1,969 island and islets made from karst limestone towering like skyscapers throughout the bay. Halong Bay has two form of islands: limestone and schist islands, concentrated mainly in the southeastern region (belonging to Bai Tu Long Bay) and the southwestern area (belonging to Halong Bay). These islands aged more than 280 years of creating geology. 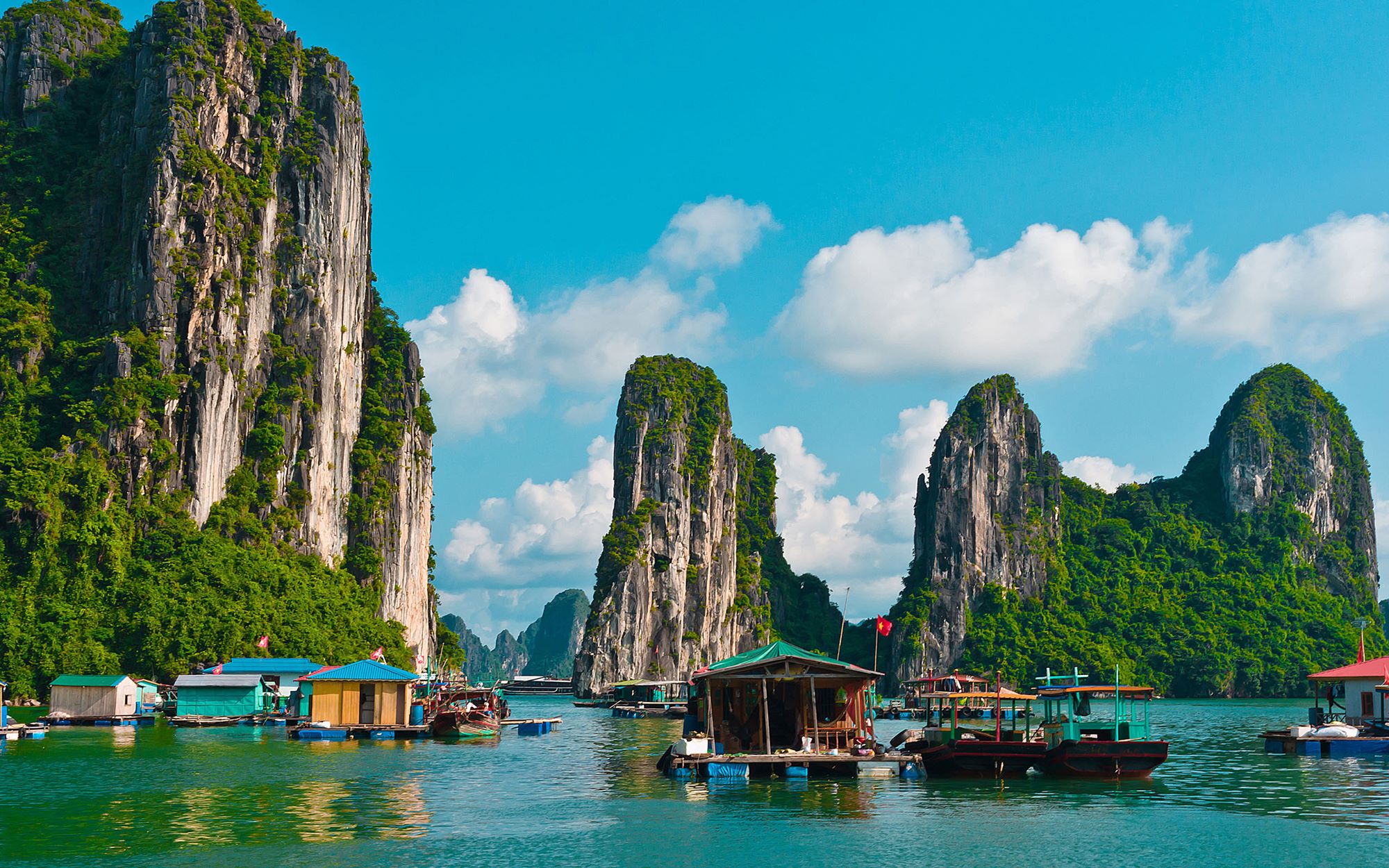 Visiting Halong Bay is like stepping into a beautiful painting, where the sky harmonized with fresh green water, embellished by giant stone moutains. With so much to offer for travellers, Halong Bay promises you an overwhelmed feeling right at the moment you arrive at the place. From world leaders, celebrities, to Hollywood directors, Halong Bay has probably welcomed them all, which proved how much important of Halong Bay to the representation of Vietnam to the rest of the world.

Halong Bay is sulptured by tectonic movement throughout over 500 million years. Historical researches have shown the presence of prehistorical human beings in this area tens of thousand years ago.

The very first legend about Halong Bay explains its special name, meaning the “Landing dragon”. Legend has it that Vietnamese prayed for a miracle when they had to face invasions. Responding to the payers, Emperor Jade sent a mother dragon with her children down to protect the land. They were spitting out jewwels and jade which turned into islands and islets dotting the emerald green water to fight against enemy, which explains the beauty of such bay for the locals. 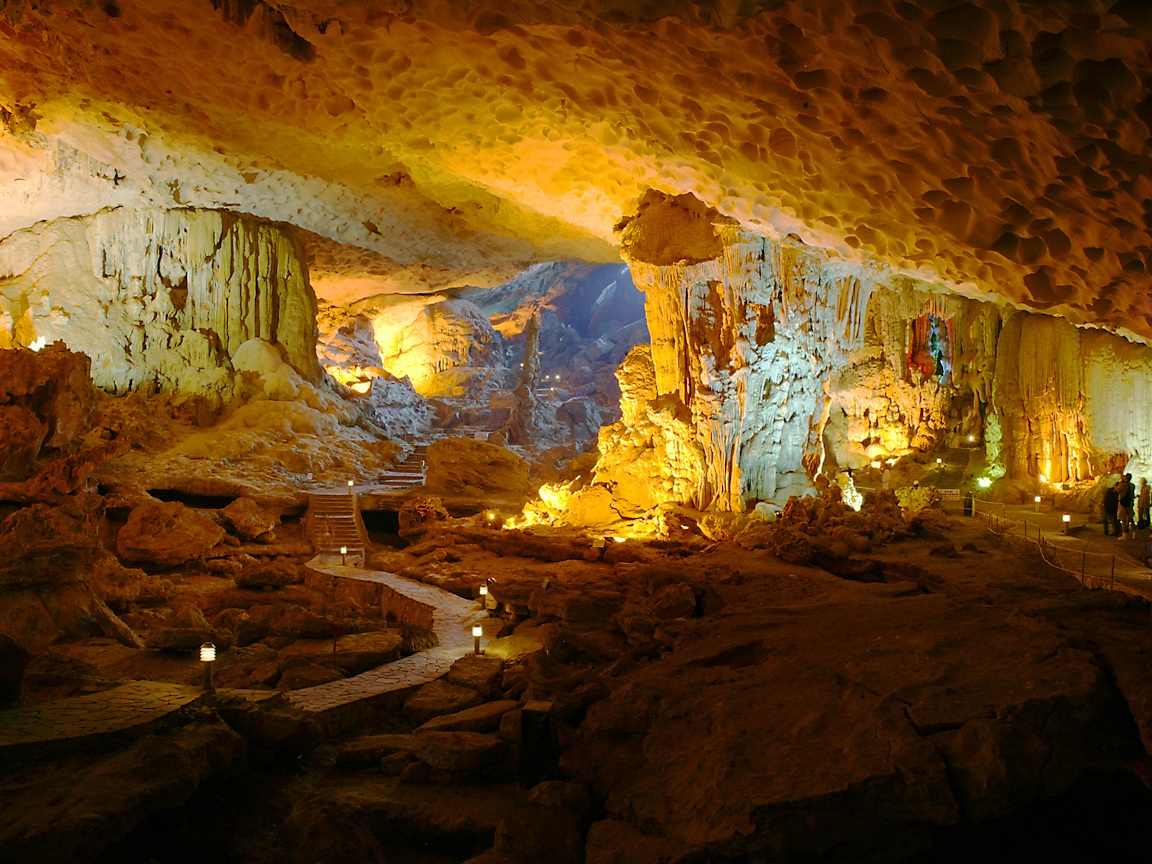 The area is less populated compared to other cities in Vietnam due to the fact that the government has moved all floating villages’ residents to the mainland for better living standards, leaving the whole bay for tourism. Halong residents are friendly and hospitable since their main income is driven from tourism, beside fishing. The locals can take tourists on squid fishing trips and many other local activities when coming to their floating villages.

Halong is located in the North of Vietnam with a tropical monsoon climate. Four distinct weather comes along with four season. The most popular period for visitors is from October to December, when the weather is not sweaty, the water is still calm as summers and the sky is most clearly blue.

The most common yet time-consuming option to travel to Halong Bay is by shuttle service booked through agents or private cars. The next option is through air transfer, from professional flights to seaplance services or helicoper, which provides you a scenic bird’s eye view of the bay. Another least popular option is to travel by water, which can only be done if you are on a trans-pacific cruise stopping in major spots. This option is mostly chosen by Chinese tourists coming from China.

There are many tour cruises which offer tourists a full serviced journey at comfortably. You can look for Ha Long Bay Cruise as a preferred option. 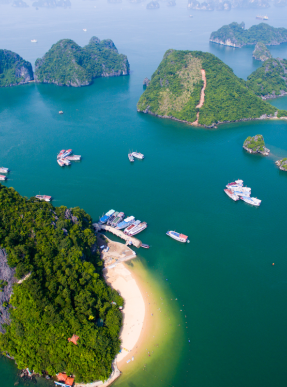 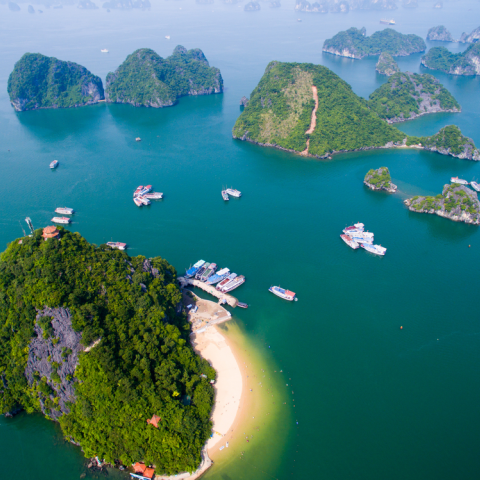 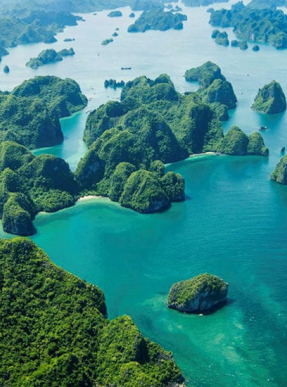 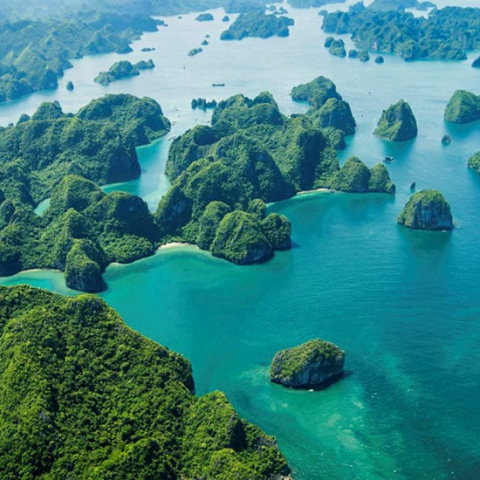 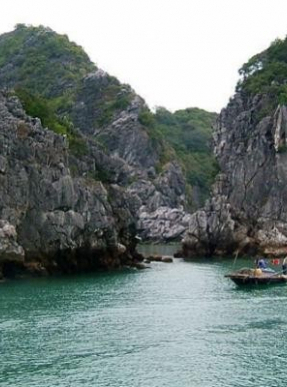 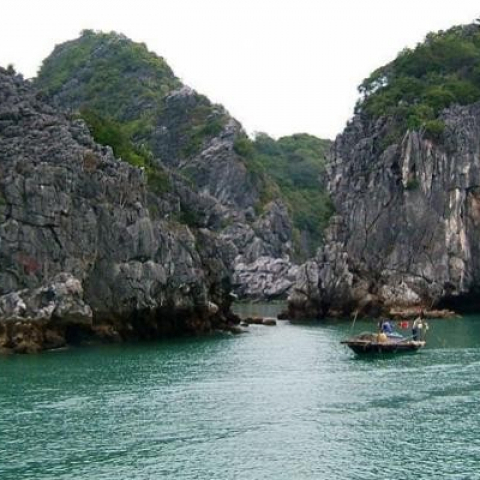 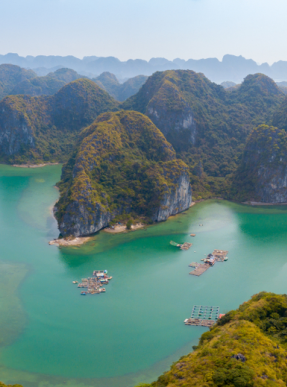 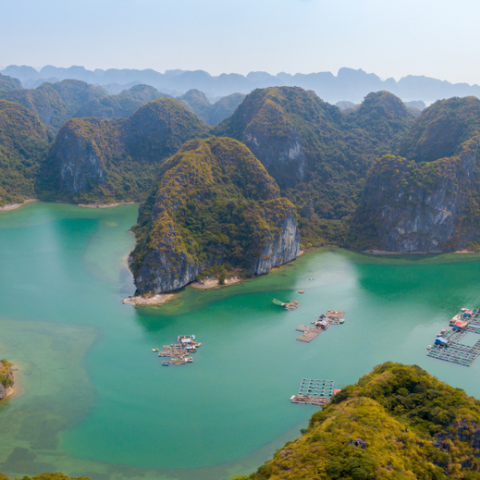 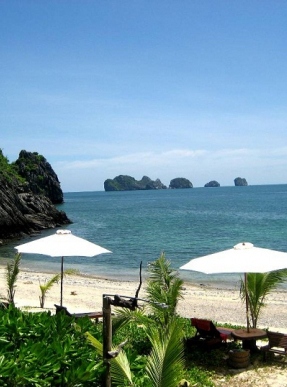 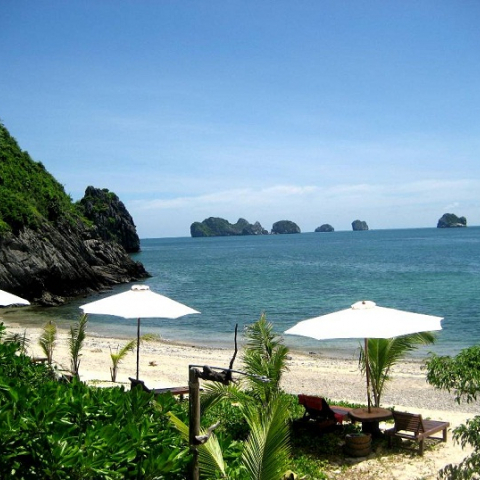 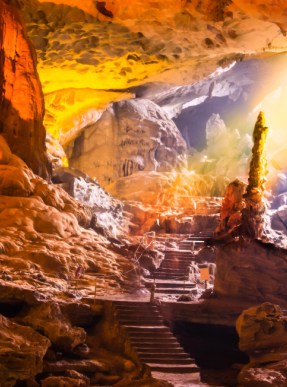 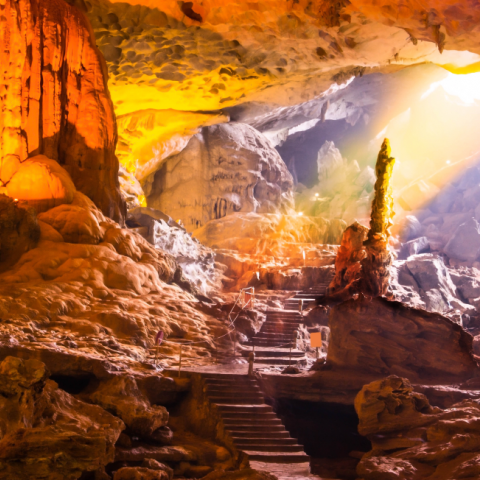 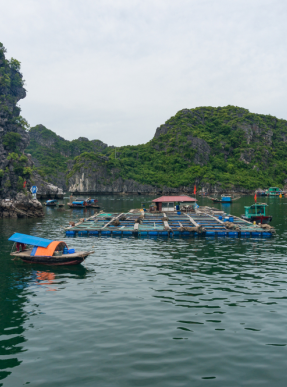 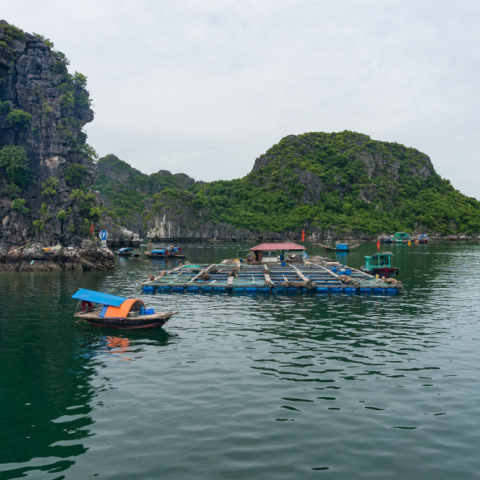 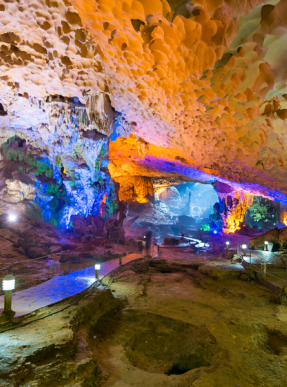 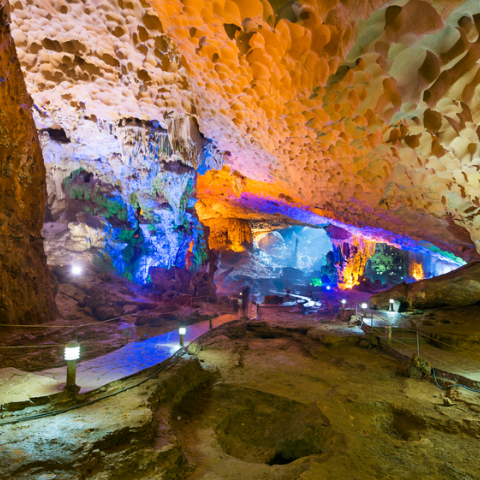 Halong Bay things to do

Dining in a cave 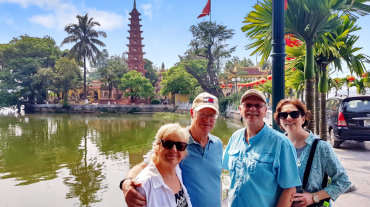 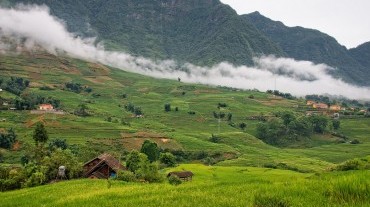 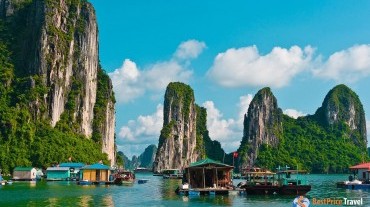