The name “Sung Sot” (means “Amazed feeling”) would definitely describe how travelers feel towards Top 10 most beautiful cave on Earth.

The cave was first found in 1901 by French travellers and called Grotte Des Surprises (The Cave of Surprises) in a travel book established in 1938. Being one of the widest and most special caves in Halong Bay, Sung Sot Cave is located in the centre of the Bay, inside Bo Hon Island. Despite having a small gate, the cave amazed visitors with its giant inner space, which probably explains the surprising name. 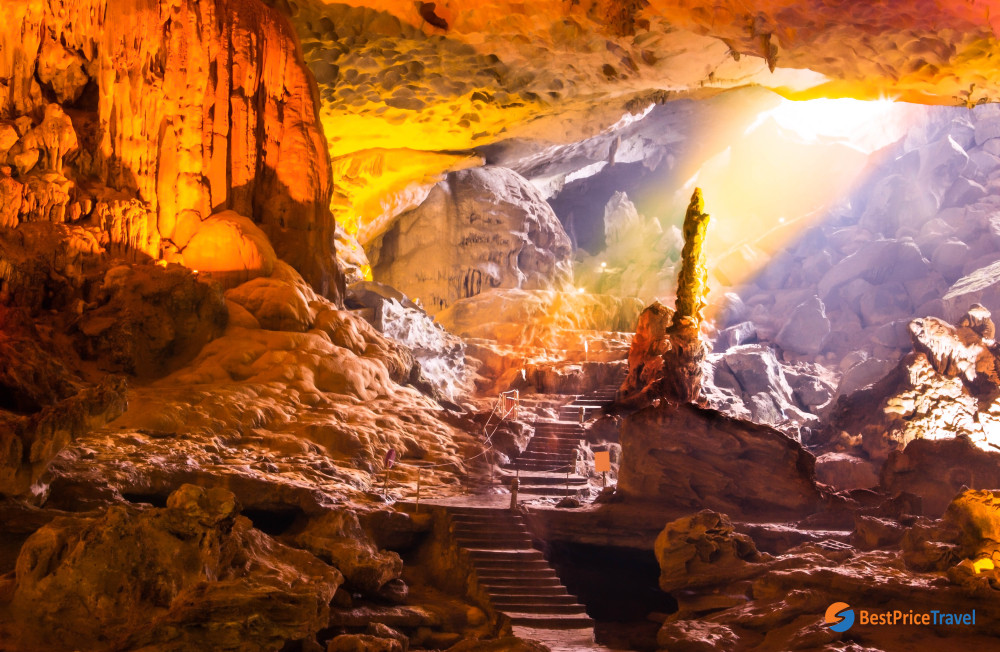 The path to Sung Sot is a bit steep and lined with shady trees. Walking ascending to the grotto, your love for nature is satisfied with a path to full of trees and foliage, surrounded by great paved stone blocks. The cave has 2 chambers, called the outer and the inner. The outer chamber is wide enough for an Opera theatre metaphor. It is considered as the waiting room for travellers before getting inside. Thanks to the high ceiling, many stalagmites look like beautiful chandeliers. After the first chamber, a narrow road leads to the second one, opening a whole different scene with a wide space enough for thousands of people. Exploring the second chamber at the deepest point, a “royal” garden appears with a clear pond and a fascinating landscape of mountains. The painting of natural harmony, where birds are singing, plants are growing and monkeys are searching for fruits that will expose to your eyes. Keep going up about 100 steep stone stairs to the mouth of the grotto, surrounded by a lighting system with elegant styles adding more charm (as if the grotto needed), you will find a huge piece of stone standing up to the ceiling, which is one of the typical karst-style the evidence with high scientific values. And don’t forget to look for the 30m roof, which looks like patterns of a theatre’s ceiling created purely by Mother Nature. 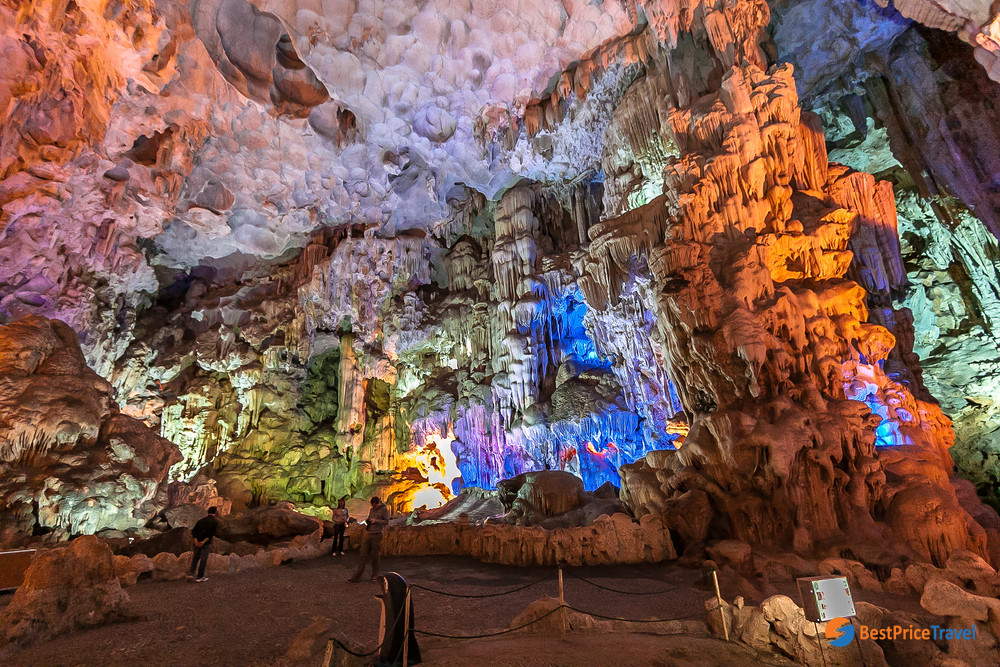 Inside the cave, there have thousands of stalactites and stalagmites along the 500-meter paved passage. Light posts line the passage and serve as signposts and ornaments, illuminating various hidden shapes. The artificial additions may not be to everyone’s taste, but the space is impressive nonetheless.

Legend tells that after defeating the An aggressors, Thanh Giong (the Saint Giong) helped villagers chase devils and demons away from the village and flew to heaven. He left his stone horse and swore to keep protecting his people. Sung Sot Cave was where villagers keep all the vestige of arms and Saint Giong’s horse footprint, which has become small lakes with huge stones surrounded. 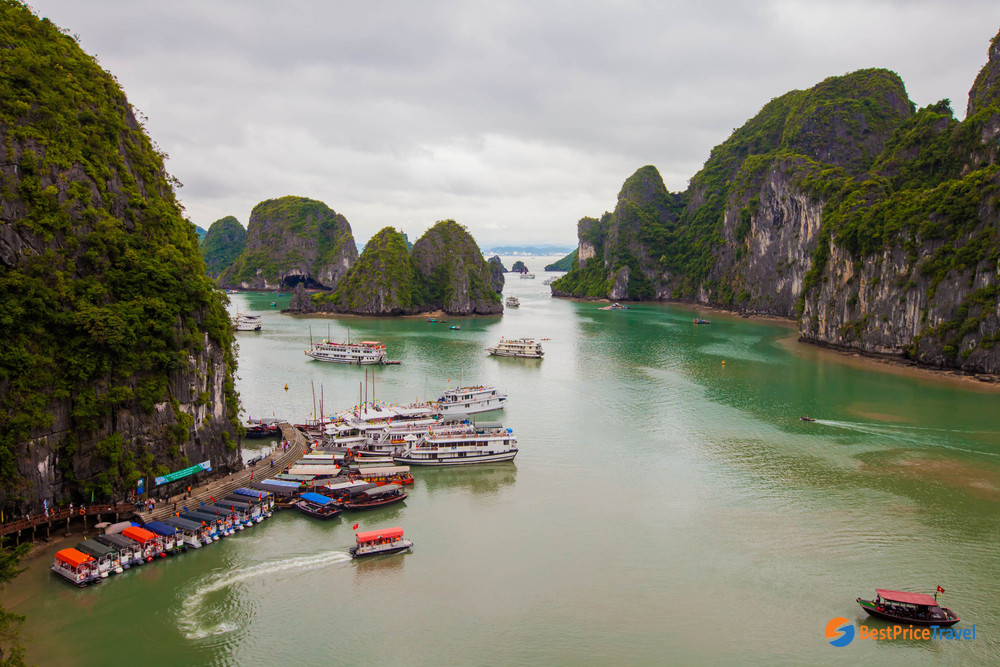 How to get to Sung Sot Cave

From Ha Noi, it takes 3 hours to travel to Halong by car or bike. Travellers have up to 4 options of transportation: riding bikes or driving cars to the destination, taking a bus from My Dinh station for the cheapest cost (first ride starts from 6 AM and closed by 5 PM), taking a seaplane for the fastest route, and amazing view from the top (Hai Au Airlines is the most popular branch to choose), and joining a tour cruise.  You can look for Ha Long Bay Cruise as a preferred option. Arrived in Halong, you may book taxis or tourism boats for a good wandering around before discovering the cave.

Is Halong Bay Worth It? Top 5 Reasons Why You Must Visit 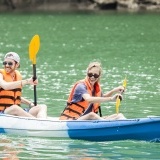 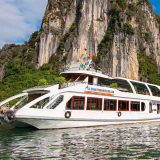