Looking for a great cave journey? Dau Go Cave is definitely worth your stop. The cave is located and named after Dau Go island, about 6km from Bai Chay wharf in Halong

Dau Go Cave was created in the Pleistocene epoch about 2 million years ago and took first place for the biggest, most beautiful grotto in Halong Bay.

Legend tells that Dau Go Cave was the place where spear-shaped woodpiles were hidden by Vietnam soldiers to build a battlefield and destroy Mongol ships during the war against their invasion in the 13th Century. This was Tran Hung Dao’s, known as Tran King, strategy for such an underdog to win over a huge Mongolian army. 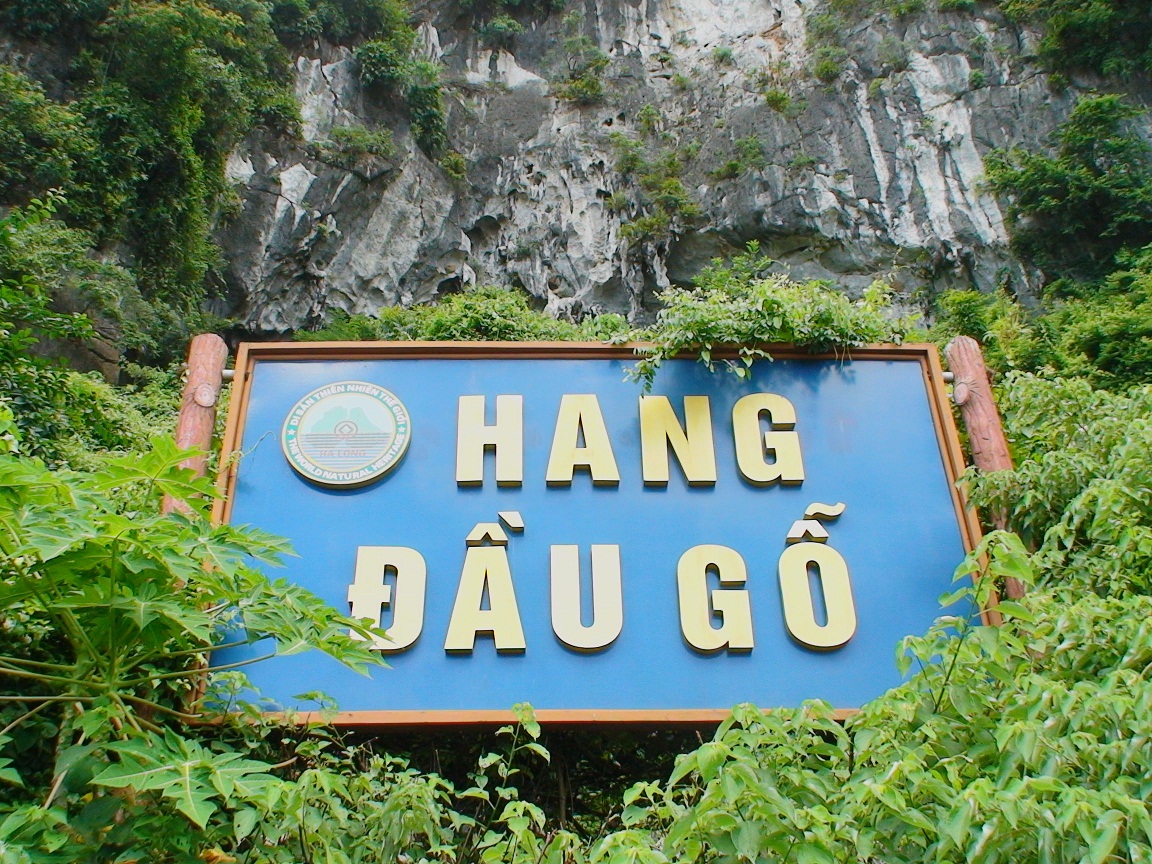 Dau Go Cave has a huge 5,000 square-meter space inside. From the outside, the cave’s gate is filled with an emerald hue with the shape of a jellyfish. With a dome height of 25 meters, Dau Go Cave looks like a mysterious waterfall, with hundreds of stalactites instead of water. A magnificent world of stalactites and stalagmites will expose to your eyes right after entering. They are presented in various sizes and shapes, waiting for travelers to decode. With the support of colored mysterious lights, these statues and stalagmites seem very much lively, as much attractive as masterpieces of the Creator. Don’t forget to look up at the cave’s dome, where there is a giant picture of multi-stalagmite creatures waiting for your imagination to explore.

The cave is divided into three main areas. You may find a system of stalactites with various images such as lions, pythons, cocks, etc in the first area. The second one has a spectacular picture of rocky islands. Meanwhile, many giant stone pillars created purely by Mother Nature sit in the third area. There is also fresh lake water at the end of the cave. Surprised by the beauty of Dau Go Cave, Khai Dinh King once wrote a poem praising it and engraved it on the left side of the cave. So much to see for such a cave, isn’t it?

Get yourself to the amazing Dau Go Cave from April to August for the best dry time. There are many tour cruises which offer tourists a full serviced journey at comfortably. You can look for Ha Long Bay Cruise as a preferred option. 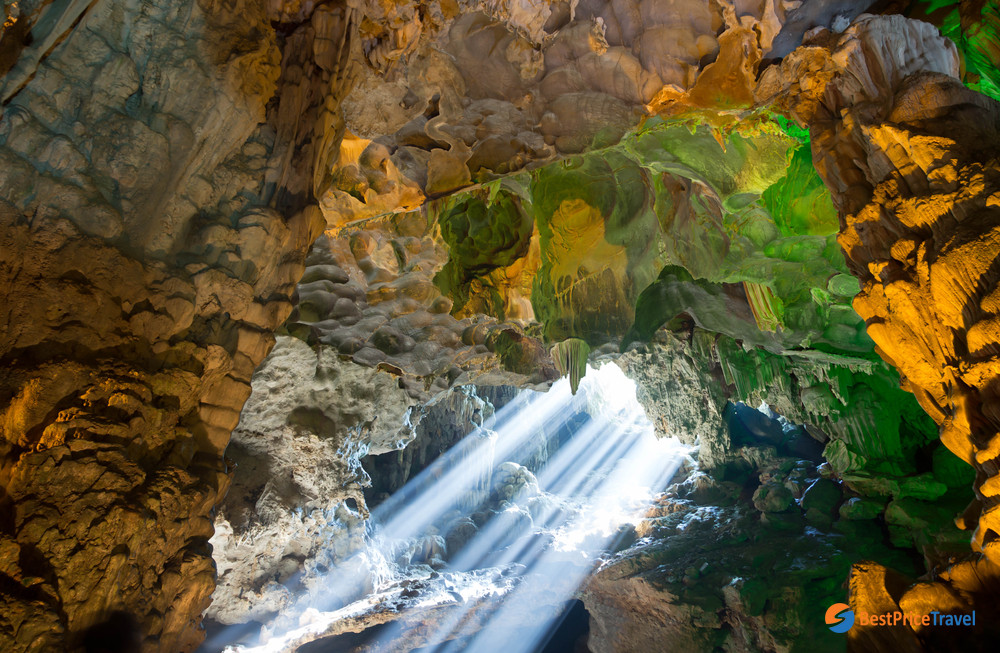 Or else, you need to go to Dong Hoi – Quang Binh (taking the bus for around 3-4 hours from Ha Noi or fly a ticket from other cities). Locals often rent a bike to transport from the city center to the cave. If you can ride a bike, renting one might give you a more amazing nature view along the road. However, tourists can book a taxi or private car at the bus station and go straight to Dau Go Cave for convenience. Another interesting option is to book a tour boat to see the true beauty of Halong bay on your way to Dau Go Cave. If you’re going in a group, booking a boat is a great idea since the cost is probably considerable. Nevertheless, you can go with other small tourist groups to enjoy the photo generic view.