About 25 kilometres to the southeast of Bai Chay tourist harbor is situated Ba Ham Lake, a magnificent place which is missed by almost every tourist to Halong Bay.

Situated on the south-west side of Ha Long Bay, Ba Ham Lake is found on Dau Be Island (Calf Head Island) in Lan Ha Bay. This island is part of the range of islands at the farthest end of Halong Bay, bordering the immense zone Long Chau Sea. Ba Ham Lake is situated in the middle of a narrow, rectangular area, with the all four sides enclosed by vertical cliffs. 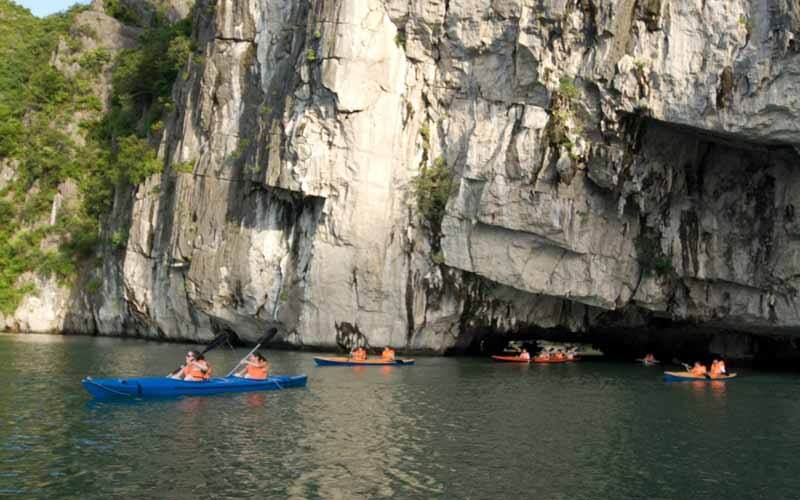 Outside of Ho Ba Ham

The lake is a system of three smaller and circular lakes linked together by a narrow and meandering tunnel that you have to take bamboo boats or kayaks to explore the entire area. This unique structure results in the name of this lake: Ba Ham – Three Pits. Ba Ham is nearly separated from the rest of Halong Bay due to its all four side enclosed by vertical limestone cliffs around 30 metres in height. Stalactites hang from the ceiling in a myriad of strange, coloured forms. The silence is disturbed only by the sounds of the boat’s oars. On the island are many species of plants such as orchids, benjamin figs, banyans and cycads, which blossom throughout the year. It is also the home of yellow-haired monkeys, birds, flying squirrels and bats. Under the deep blue surface of the water are the animated lives of shrimp and fish.

On your trip through the tunnel, you will be irresistibly drawn to a cluster of spectacular and colourful stalactites hanging from the ceiling in a myriad of distinctive shapes. Any noises from outside can hardly penetrate into Ba Ham Lake thanks to its location and topographical features, which renders the lake extremely tranquil. The silence is just interrupted by the faint sound from the boat’s oar. The natural scene that you see from boat sailing around the lake is the perfect combination of the emerald clear water, the bright sky and various forms of rocks. The deeper you go into the tunnel, the darker it becomes. However, there is still enough light for you to admire peculiar things inside the tunnel. The water is deep yet so clear that, if fortunate, you can come across several schools of fish swimming. 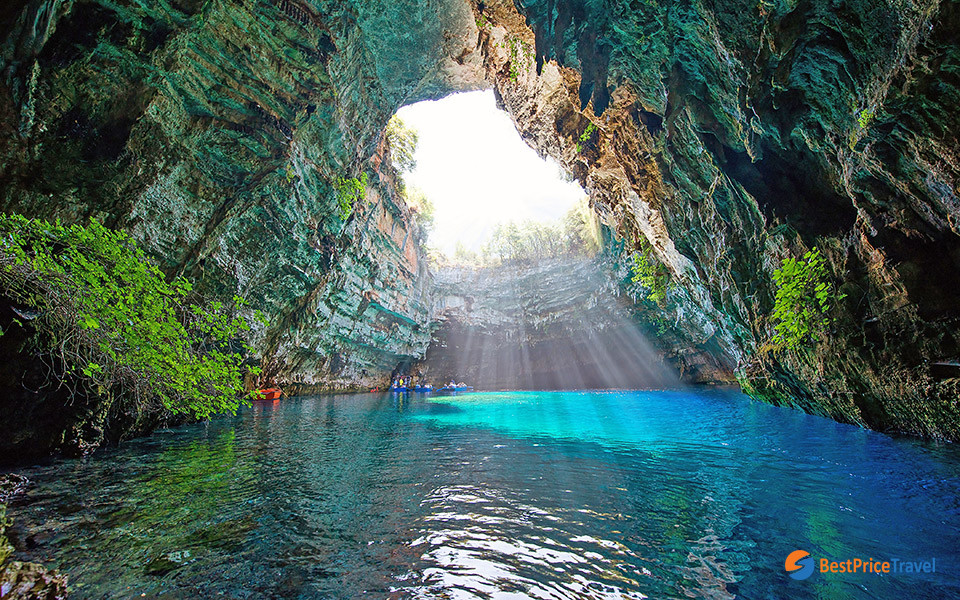 Nowadays, thanks to enormous advantages that nature brings about, Ho Ba Ham has become one of the most attractive tourism spot when visiting Ha Long Bay. Tourists can hire boats or kayaks to explore what are inside the tunnels or stay on a cruise and watch the beautiful sunset on Ho Ba Ham.