Ho Dong Tien (Fairy Lake Cave) is a nice place for celebrating your birthday and special events with your family, friends, etc. Ho Dong Tien is one of the most beautiful caves on Halong Bay. It's featured with not only charming beauty but also geological value.

Ho Dong Tien (Fairy Lake Cave) is one of the most beautiful caves in Halong Bay. Due to its special values of geology, geomorphology and formation history of Halong Bay, Ho Dong Tien so far is reserved for the environmental ecology classroom (Ecoboat) and specialists for researches only. Ho Dong Tien has a typical structure of veranda caves, with the cave bottom a little higher to the sea surface, even with a portion of the entrance immersed into the sea water and must be fortified to be easily gotten in. 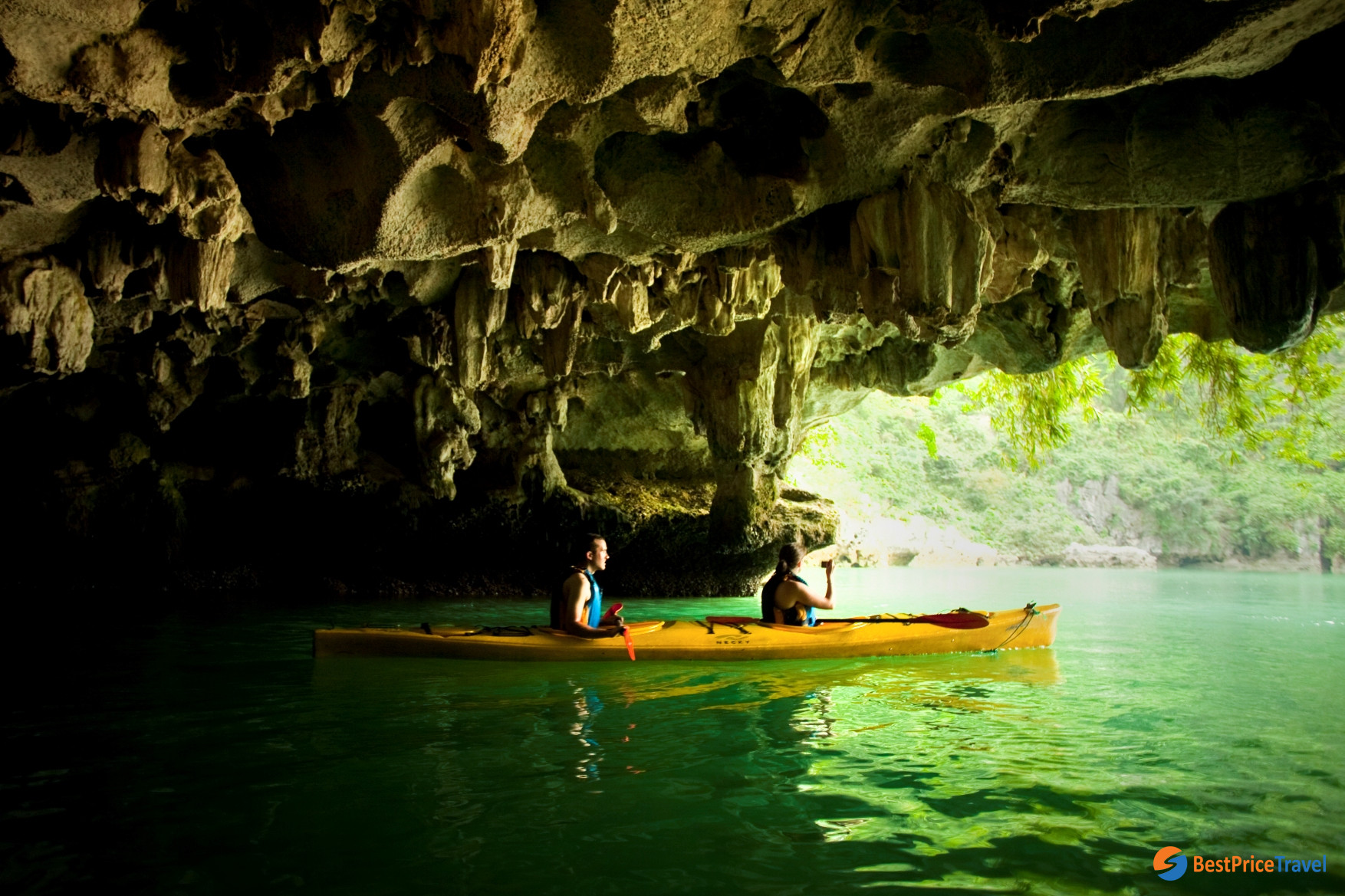 At a glance, Ho Dong Tien is not special and in a tide, sea water covers a third of the entrance. It’s quite wet and dark inside the cave so the ground is slippery. In order to discover the whole cave, you need to wear nice shoes with a good grip on the ground. You can go to this cave either by kayaking or small boat rowing by the local people, it’s will be memorable experience in Halong Bay.

The cave inside has two compartments in total. The entrance of the first chambers is very narrow that allows only one person to go through at a time. Passing the tunnel, it is a spacious chamber with various stalactites beautifully sparkling hung down from the ceiling. In the middle of the first chamber, there are many stalagmites rising from the ground and linking the ground to the ceiling. It’s so amazing that there are small animals living in the dark of the cave. How they can survive inside the cave is still a question with no answer. The second chamber of the cave will lead you to a small close lake with shallow water. The lake was surrounded by lime-stone mountains, where fairies came here for bathing and sleeping according to legends of local residents. Thus, “Fairy Lake” was named for this cave by the locals. In fact, this special landscape has a special ecological environment which is the home of many endemic species. 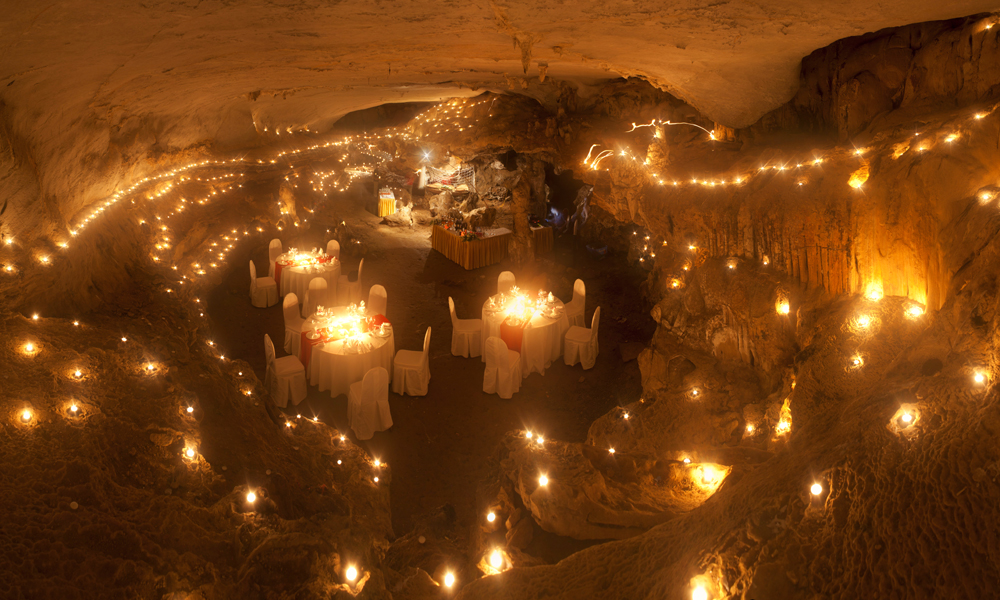 Hanging on the wall of the cave, there are lime-stone lofts which are relics of geological history of Halong Bay. According to scientists, these are parts of the cave with relatively solid formations of CaCO3 which have been eroded by flows of groundwater having occurred over thousands of years.

The cave now has many stalactites columns hanging down touched the ground, as a basis to predict that under the current cave floor also existing an ancient cave ground. Especially in the dense darkness, no wind blowing, crabs, spiders, crickets are still living fine. How have they born and feed is still a mystery. From the second compartment of Ho Dong Tien cave, there are two doors out to a lake, surrounded by limestone mountains. They call this type of lake “ponds” but in fact this is a karst funnel with a submerged bottom. It has a special ecological environment, while isolating in the sea but with circulated underground system and cracks in the limestone. So that there usually has been a unique biota within and may consist many endemic species.