There are approximately a hundred languages spoken in Myanmar. Burmese is the official language and is spoken by two thirds of the population.

While it is common within English to refer to the Burmese language as Burmese, it is also officially recognized as the Myanmar language, and is regulated by the Myanmar Language Commission. Burmese is spoken as a first language by 32 million, primarily the Bamar people and related sub-ethnic groups, and as a second language by 10 million, particularly ethnic minorities in Myanmar and neighboring countries like the Mon.

Burmese was the fifth of the Sino-Tibetan languages to develop a writing system, after Chinese characters, the Pyu script, the Tibetan alphabet and the Tangut script.

The Burmese language uses its own script – Burmese script – which is derived from the Mon language, which is in turn derived from the Indian Brahmic script. The Mon as an ethnic minority are a Theravada Buddhist ethnic group that live mostly in Mon State, the Bago Division and the Irrawaddy Delta.

The standard dialect of Burmese (the Mandalay-Yangon dialect continuum) comes from the Irrawaddy River valley. Regional differences between speakers from Upper Burma (e.g., Mandalay dialect), called "anya tha", and speakers from Lower Burma (e.g., Yangon dialect), called "auk tha", occur in vocabulary choice, not in pronunciation. Minor pronunciation differences do exist within the Irrawaddy River valley. The standard dialect is represented by the Yangon dialect because of the modern city's media influence and economic clout.

Burmese is spoken in several countries that share a cultural and historical background. By learning Burmese, you will be able to travel relatively freely between these countries. Some languages are effectively sold throughout the world, and promoted as cropping up in very diverse places, but the Burmese language has remained relatively close to its country of origin.

In terms of tourism, much of Myanmar is still considered off-limits and out of bounds to many tourists, so if you are considering learning the Burmese language, then it would be good to keep this in mind. 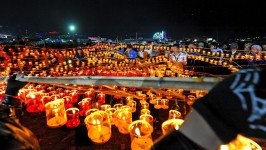 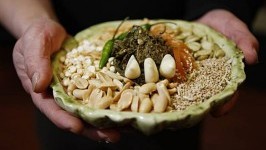