Currently, Long Bien is only one of the five bridges crossing Red Rive inside Hanoi. However, it may be the most special bridge with historic and architectural values. Connecting 2 sides of Red River, Long Bien Bridge is the symbol of courageous captical in wars. 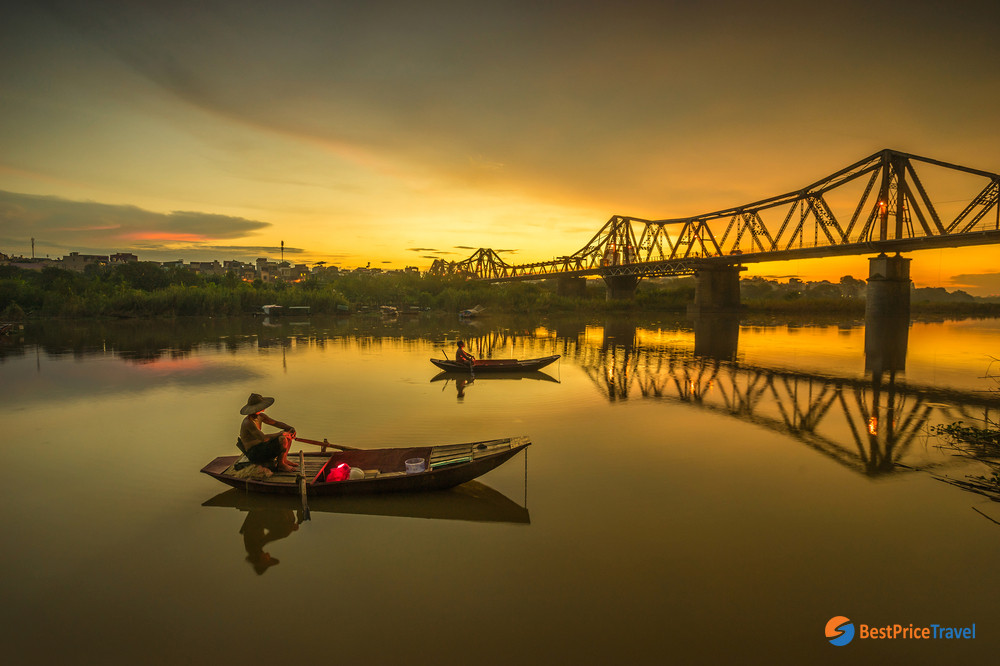 “Paul Doumer” was named by the French after construction. However, Vietnamese only called it “Long Bien” (most popular name) or “Cai River Bridge”. Long Bien Bridge was contructed from 1989 to 1902, during French’s rules.Having 19 spans and being the first steel bridge across Red River in Hanoi, the bridge was built directly by Vietnamese workers with indigenous construction of materials like Phu Tho’s wood, Ha Phong’s cement, Hue’s Long Tho lime. It was one of 4 greatest bridges in the world at the time it was built.

Vietnamese consider Long Bien Bridge as a historical spot thanks to being the right place at the right time. The connection the bridge brought about to Nothern and Nothern Central area of Vietnam resulted in tons of rice being transported from cities or safe shades into battlefield during Dien Bien Phu battle – a huge contribution to the win of Vietnam against French in 1954. Through decades of war, Long Bien Bridge was bombed by the US airforce many times. Some of the bridge’s spans were destroyed during the fierce battles. Unlike normal bridges with the purpose of traffic connection or contributing generl beauty, Long Bien is more like a living historical relic to Vietnamese. Locals say that the left spans are honest evidence of the unforgettable past. 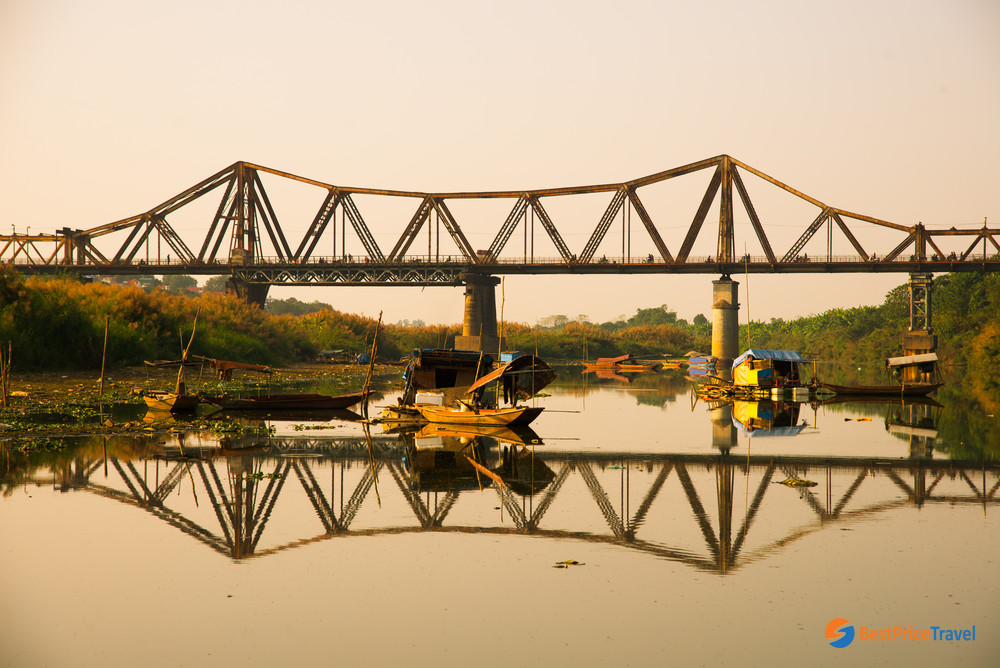 Good news for tourists. Long Bien Bridge is the only bridge in Hanoi where all cars and bikes are supposed to go to the left hand side so that travellers can take a nice walk, enjoy a taste of mouthwatering dessesrts offered from sidewalk vendors and even buy fresh vegetables or fish for the dinner from the small afternoon market right on the bridge. Locals recommend that Long Bien looks most magnificent during sunrise and sunset. 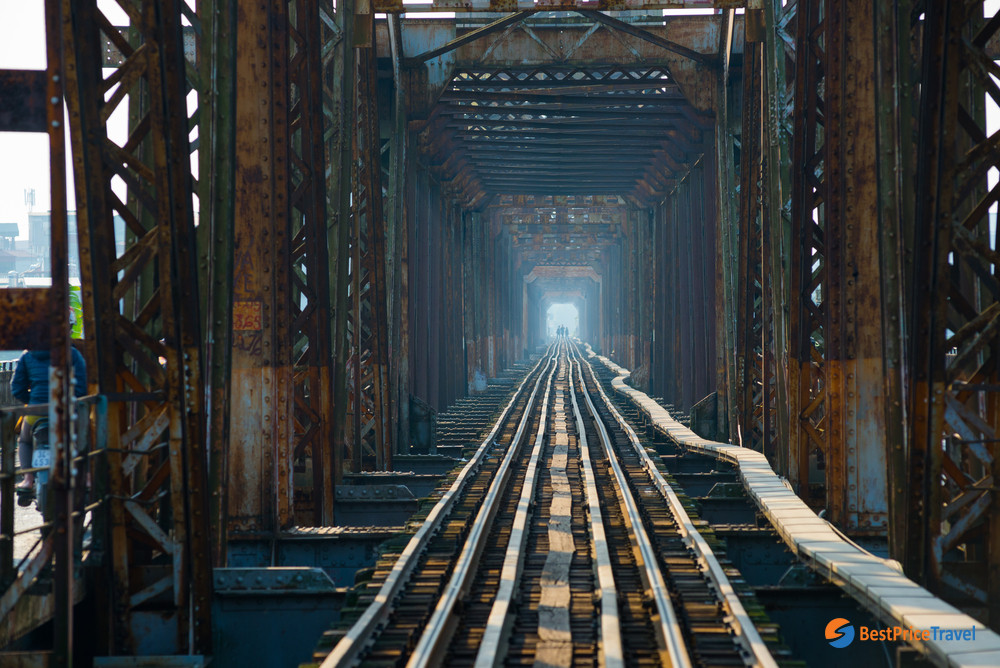 Located just 1km from Hanoi Old Quarter (Hanoi center), travellers can choose to walk there after a wandering trip around the quarter to enjoy sunset on the bridge. Nevetherless, renting a motorbike to enjoy yourself is an interesting option if you know how (and would dare) to ride a bike. Just don’t forget to go on the left handside like the locals.

Explore Hanoi as A Local