Me Cung Cave (Quang Ninh) is an attractive destination of Ha Long Bay, located on Lom Bo Island, about 25m above sea level and 2km southwest of Titop Island. Me Cung Cave was also identified by archaeologists as one of the Early Ha Long culture sites, from 7,000 to 10,000 years ago.
From a distance, Me Cung Cave entrance is like a house deep into the mountainside. Inside Me Cung Cave is a very complex structure, divided into many levels, many compartments, and areas with a corridor longer than 100m.

Me Cung Cave has many compartments with the first impression that a colorful beam of stalactites hangs down from the ceiling. Next, the inside space is small but elaborately carved with colorful stalactites, imagining the wild species such as lions, bears, or stone curtains hanging on the wall. 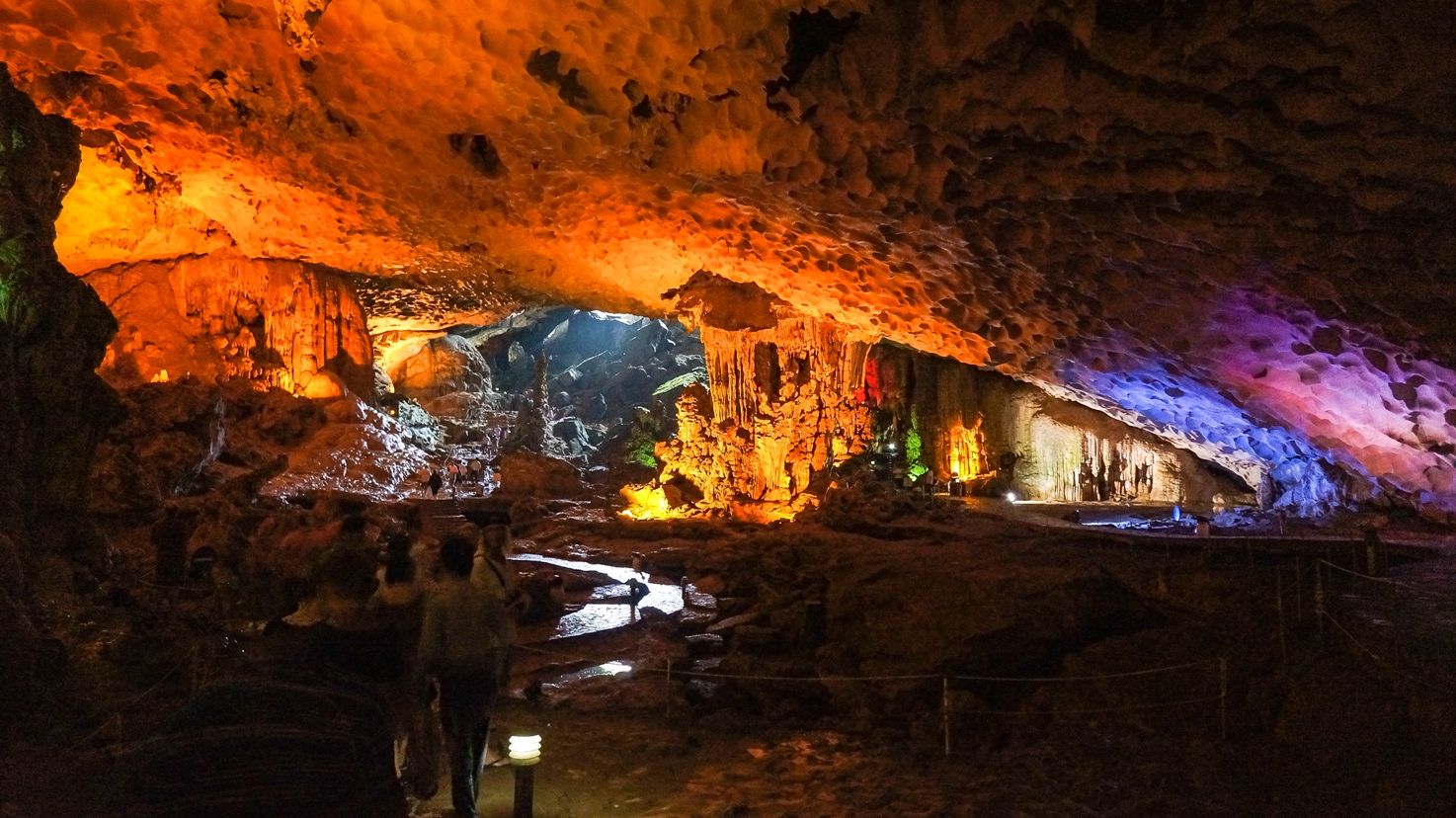 Me Cung Cave is higher to the West. Toward the end of the cave, a faint light came from far away, and that was the path leading to the cave entrance. From here, after climbing some steps, you can see Me Cung Lake that is very round and wide, located between the rocky cliffs. Especially, Me Cung Lake is a world of creatures such as fish, shrimp, crabs, squid, etc. with algae, corals, sea cucumbers, which develop the raising of many special animal and plant species in Ha Long Bay. According to scientists, Me Cung Lake is a very valuable geological and ecological area for scientific research. 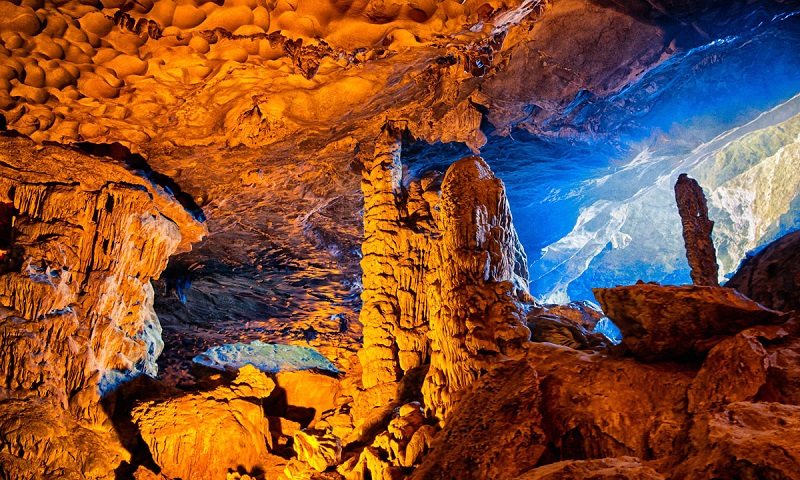 The entrance of the Me Cung Cave is to the east, there is an area of 40m2 very flat. According to archaeologists, It is a good place for people to live in because it is dry and cool because on the back is a small and discreet cave system. This is also where a lot of Melania shells were found which are snails that live only in streams. Above the stone roof, there are 4 sedimentary shells including stream snails and mountain snails, about 60-150cm thick.

As one of the attractions of the 2nd route of Ha Long Bay (including Sung Sot – Me Cung – Luon - Titop - Soi Sim), Me Cung Cave has attracted a lot of tourists coming to research and learn about history and culture. Besides that, Me Cung Cave promises to become an attractive eco-tourism destination in the near future.