My Son Sanctuary Hoi An

The vestige includes more than 70 temples and epitaphs. My Son is considered as holy land of Hinduism of Chămpa Kingdom.

Being about 40km away from Hoi An center, My Son Sanctuary is a UNESCO World Heritage Site which you should come visit during your trip to Da Nang or Hoi An. My Son Sanctuary may remind you of other similar sites of Hindu religion in Southeast Asian like the world famous Angkor Wat, which attracts many tourists from over the world stopping by. 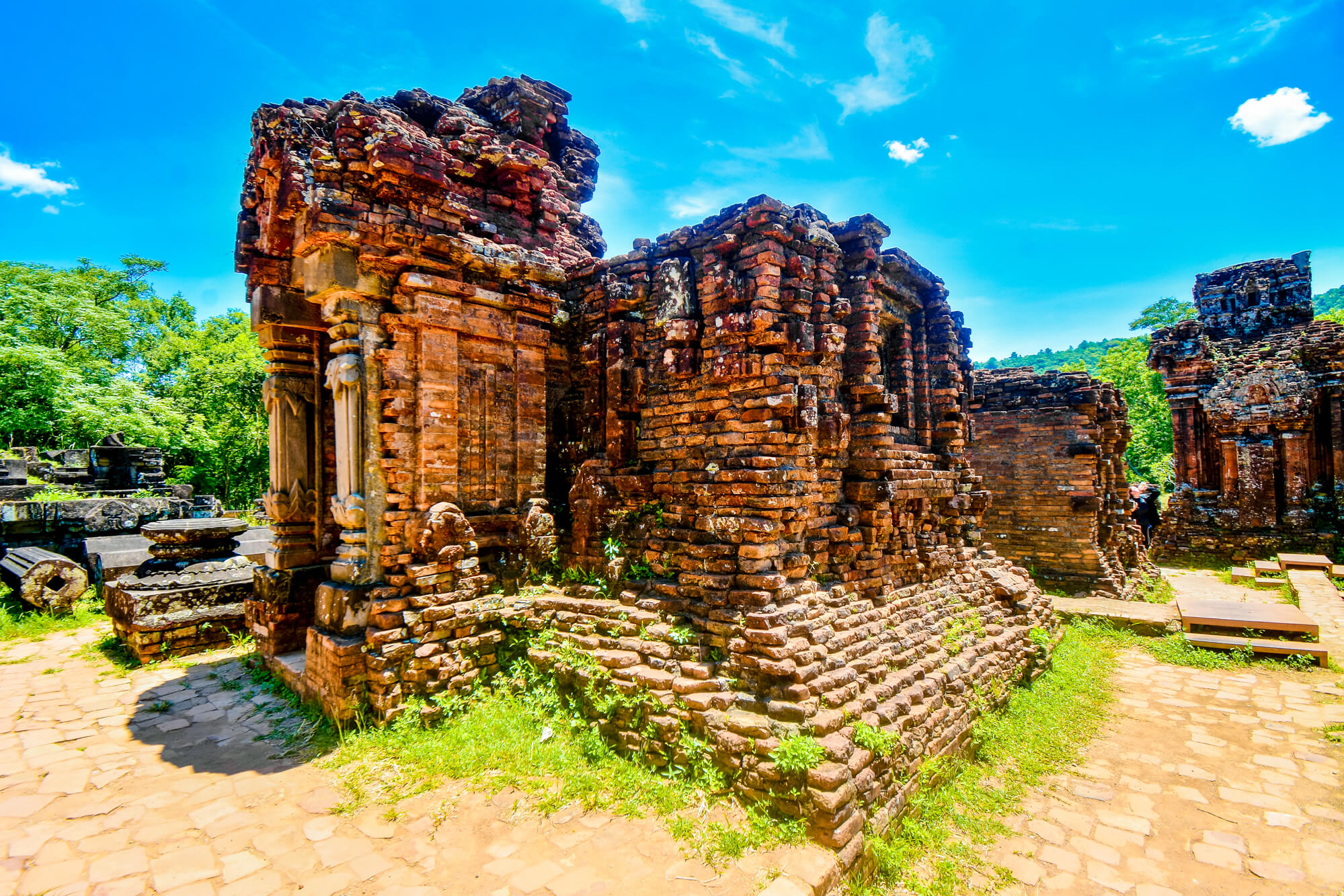 My Son Sanctuary has a long history. After being destroyed through wars and lying neglected for a long period, the French re-discovered and renovated the sanctuary in 1898. During America war, Viet Cong used the complex as a hiding place, thinking the enemy would not touch such a holy site. Unfortunately, Americans bombed the area after being acknowledge about the plan and damaged My Son Sanctuary greatly, leaving only few structures. Nowadays, parts of the ruins surrounded by tropical jungle have been rebuilt for tourism. What was left of the ancient Champa’s skillful use of bricks and sandstone has been attracting tourists who appreciate history. 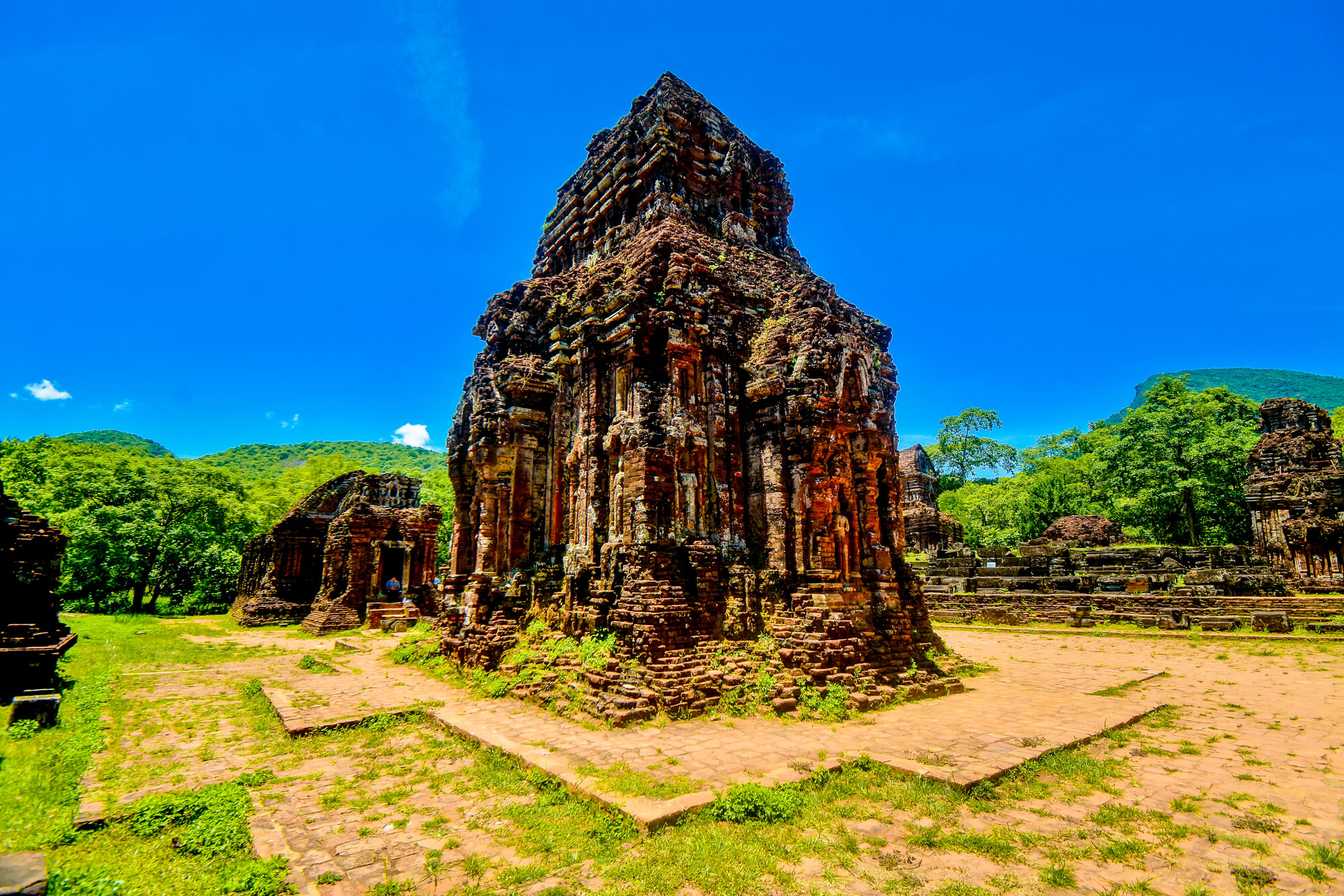 The sanctuary is a great example of the ancient Champa civilization (during the 2nd to the 17th century, before being occupied by Vietnam). The impressive Hindu-themed ruins feature magnificent stone sculptures, temples and towers. The complex consists of more than 70 structures dedicated to Hindu gods and goddesses. Shiva is the most noticeable one, which was considered as Champa’s kings’ protector. 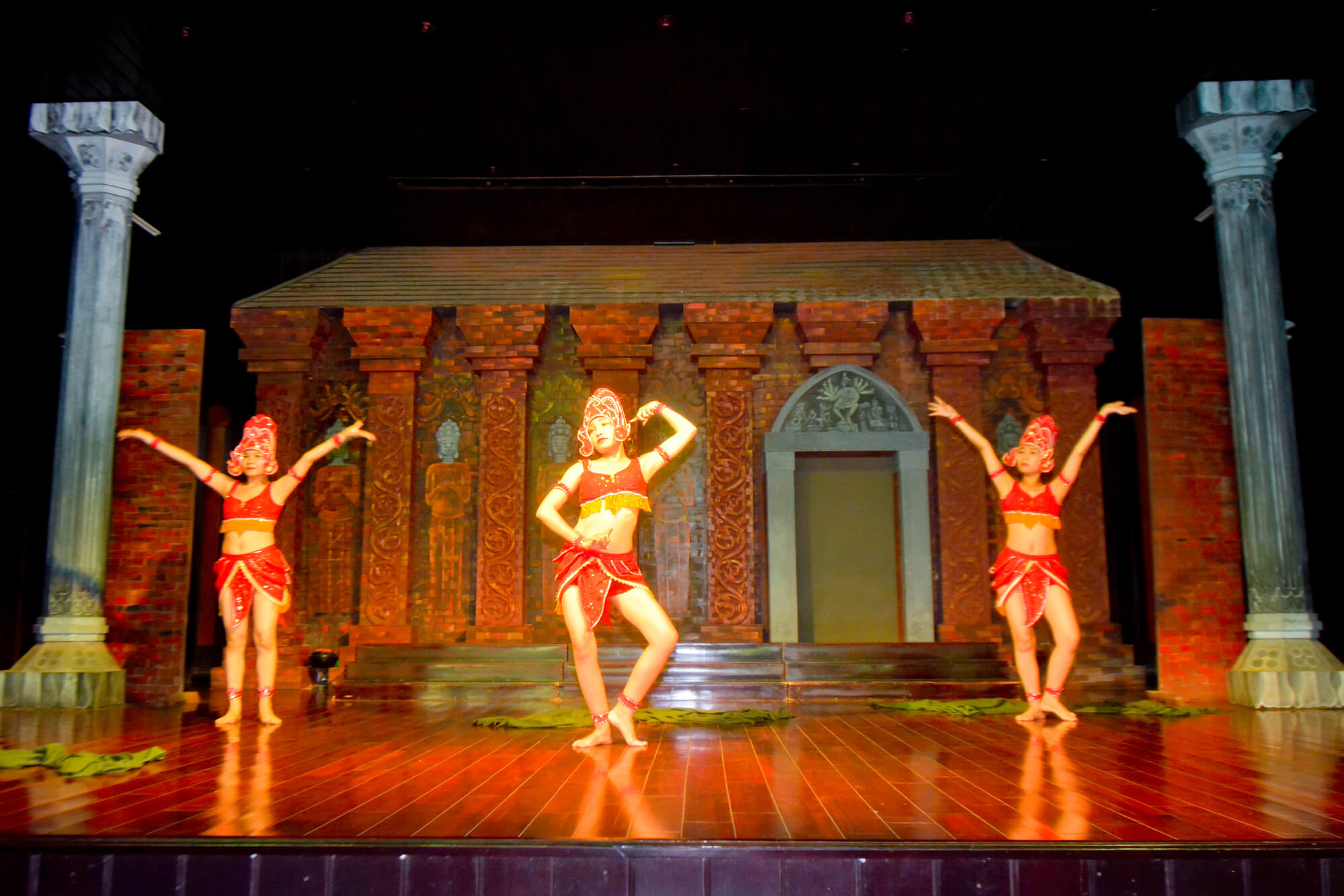 Performace at My Son

The place is really hot during noon, so try to come early in the morning for a more pleasure experience. Visitors can travel by car or taxi to Duy Xuyen District of Quang Nam Province and turn in a small valley in Duy Tan commune to arrive at My Son Sanctuary. The place welcomes tourists all year round.