Phnom Tamao is located in Tro Pang Sap village, about 40 km southeast of Phnom Penh. The zoo includes various sites such as temples, mountain, nature and a big zoo in Cambodia. This is a good place to go out with your children.

Phnom Tamao Wildlife Rescue Centre is a wildlife center located on National Road No.2, about 40 km south of Phnom Penh. PTWRC is a safe haven to over 12,000 wild animals and is the biggest rescue center in Cambodia. Travelling by open-top jeep, you will get a good look at the countryside.

Phnom Tamao Wildlife Rescue Center was established in 1995 on over 6,000 acres of protected forest. Runned by the Cambodian Forestry Administration for non-profit charity, the Wildlife Rescue Centre is home to animals that are victims of loss of habitat, confiscated from poachers, abusive owners, private zoo’s and illegal trade. 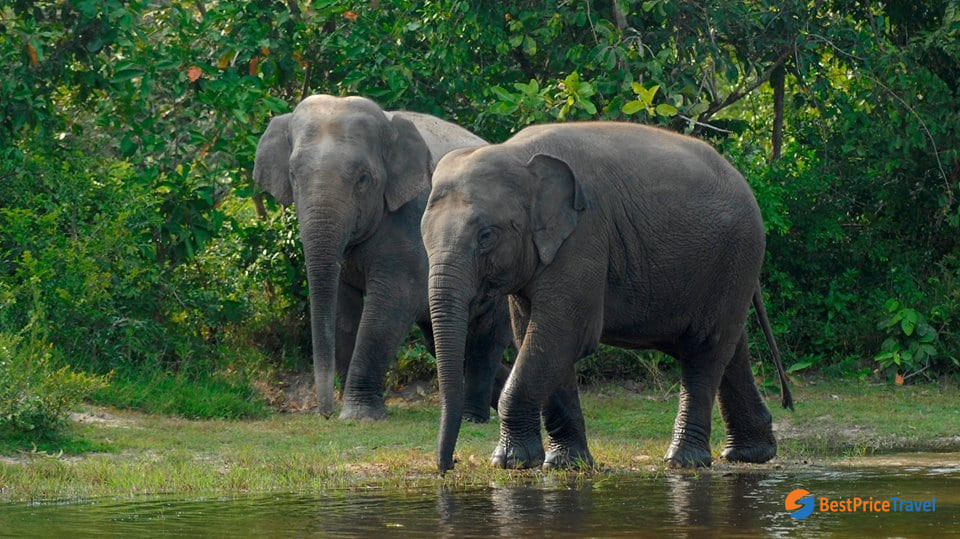 Phnom Ta Mao area is 2.500 ha; in which 1.200 ha land area is used by Department of Forestry; and 70ha for organizing zoo. Here visitors can admire the view of five mountains: Phnom Ta Mao, Phnom Thmor Dos, Phnom Phdan Poan, Phnom Chhoy and Phnom Bang. Besides, Phnom Ta Mao also includes a big zoo with various animals that are taken care seriously under the supervisors of the Department of Forestry and Ministry of Agriculture.

Come here, you can visit Ta Mao Temple which is located at Phnom Ta Mao Mountain; and Thmor Dos Temple located at Phnom Thmor Dos mountain. Both temples were built in 11th century in the reign of the king Soryak Varman I dedicated to Brahmanism. Nowadays, people tend to visit the temple made of of Thmor silt mad red-solid brick to worship. 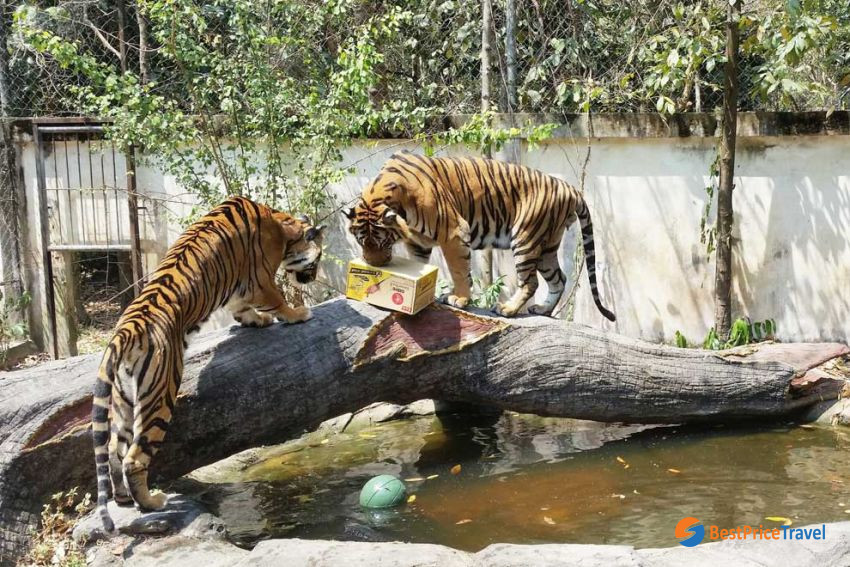 Besides admire surrounding sightseeing, tourists can participate in many outside activities such as feeding, bathing and walking with friendly elephants in forest. Some of them are trained to dance or draw. Besides, most tourists are very excited to interact with baby animals at the nursery. From that, you will feel closer with nature and wild animals. 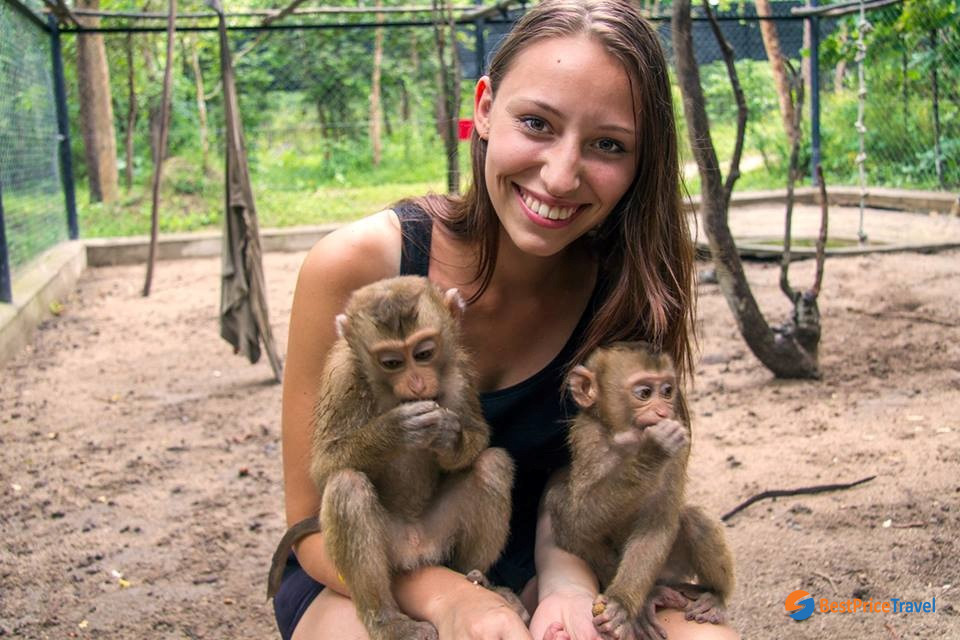 Located at National Road No 2, Tro Pang Sap Village of Takeo Province, Phnom Tamao Wildlife Rescue Center is easily reached by car or bus. It takes about 45 minutes to drive from Phnom Penh centre to the zoo. To get into the center, you have to pay an entrance fee of US $5.