Phu Quoc prison, a special national monument, is the interesting destination of many local and foreign tourists when traveling to Phu Quoc island. Phu Quoc prison is an evidence of crimes from the colonialism, but also a spirit of the Vietnamese soldiers in prison during the war, fighting for revolution. It has the other name as Cay Dua prison (The coconut tree prison).

Phu Quoc prison is located in Cay Dua village, An Thoi commune, Phu Quoc district, Kien Giang province. Originally, the prison was built by the French colonialists to imprison the patriotic Vietnamese. Then in 1967, the U.S troops rebuilt Cay Dua Prison on an area of about 400 hectares. Phu Quoc camp has 12 zones, numbered from zone 1 to zone 12; and it later built zones 13 and 14. Each has the capacity of capturing 3,000 prisoners. This is the largest prison in the South of Vietnam with more than 32,000 prisoners who had been detained, sometimes this number was up to 40,000 if included political prisoners. 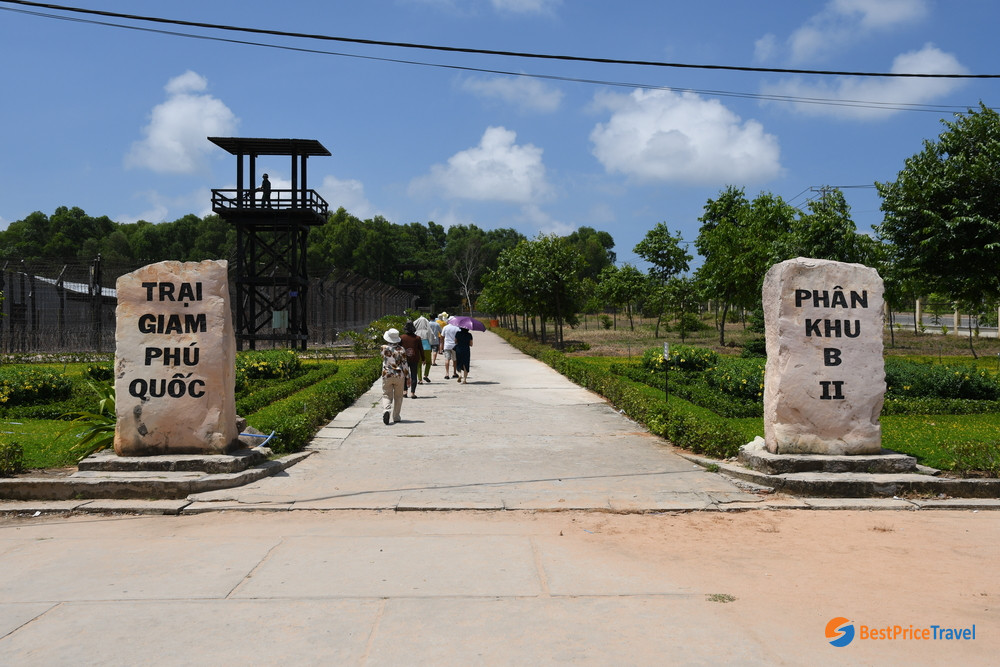 Around the prison camps are 10 to 15 layers of barbed wire fence, creating a very strong protection system. Coming there, visitors will have a chance to look again some thriller imitations that simulate the actual scenes of prison. A series of torture activities like nailing into hands, feet, and head; burning a wire and stabbing into the skin, pulling out teeth, pouring a hot water, tossing into the pan of boiling water, or burning alive. 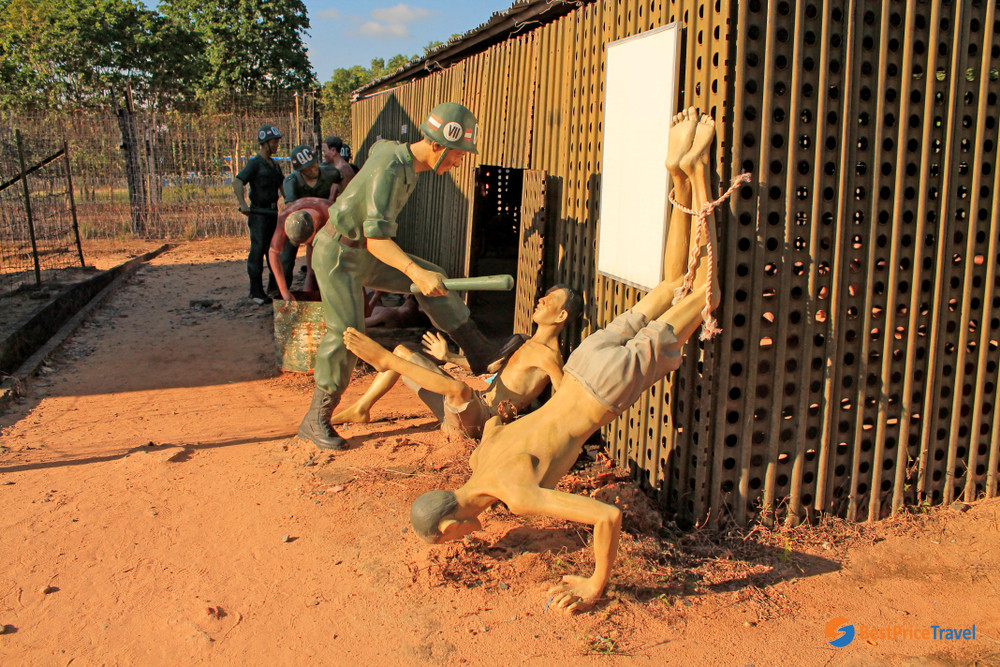 Some punishments in Phu Quoc Prison

Nowadays, “The coconut tree prison” has become a place for tourists to visit since 1996. In the same year, it was recognized as a “National Historical Heritage”. From Phu Quoc International Airport or city center, you can either take a taxi to Phu Quoc Prison or rent a scooter and drive by yourself and also visit here by yourself. The tour guide service is always available if you ask.