Phu Quoc Guide - All you need to know

Also being called Pearl Island because of clear water, Phu Quoc is the largest island in Vietnam with an area is approximately the size of Singapore’s area (in 1960). The island is famous for its pristine beach and peaceful atmosphere.

Once being left out from urbanization, Phu Quoc has been one of the most attractive beach city of Vietnam, which welcome thousands of tourists coming for a taste. Phu Quoc beach offers seductive white sands and blue sparkling waters, which look amazingly beautiful during sunrise or sunset. Fortunately, the place is considered as where modernity meets tranquility with peaceful beaches and vibrant tourism activities.

Like Vietnam itself, Phu Quoc Island has a varied history with numerous nations occupying the island over the past couple of centuries, including Vietnam, Cambodia, France, and America. Phu Quoc was famous for its sea cucumbers, shipped by Chinese merchant junks from Phu Quoc to the even the Emperor of China for many years.

The history of Phu Quoc Island

In 1975, the Vietnam – Cambodia war was started by Khmer Rouge soldiers who raided and took over Phu Quoc island. The island was a stronghold for over 50,000 military personnel. However, the ward ended in the late 1980s.

Meanwhile, during the 1760s to 1780s, Phu Quoc island served as a French missionary’s base. As a relatively remote and forested island with the potential of an economically marginal area, the French colonial administration government decided to turn the peaceful island into a prison. After the French colonial period, Americans took over the island while the French left behind about 40,000 Viet Cong prisoners here. One of the most well-known prisons could be named Coconut Tree Prison (Nha Lao Cay Dua), which is still in use nowadays.

Throughout many years of a rural island with no urbanization, Phu Quoc has been developed to be a travel city thanks to its magnificent beaches, national forest, and other landscape. 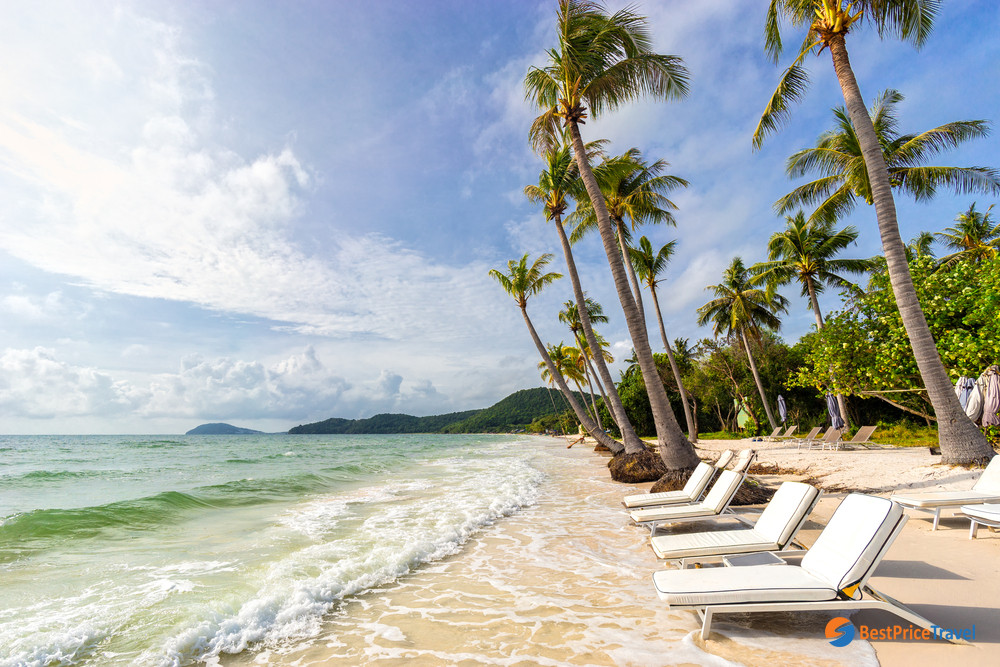 Phu Quoc is a very conservatively place as it was included in the UNESCO designation of Kien Giang as a World Biosphere Reserve. Phu Quoc people mostly rely on fishing and tourism to earn living. The place is actually quiet with less traffic and people, which is perfect for a relaxing trip for travelers.

Phu Quoc dry season ranges from November to April, which may result in the tourist season peak from December to February. The peak time comes with skyrocket hotel prices with few options due to over-booking.

April to May period is unpleasantly hot. So you may prefer to visiting Phu Quoc from June to August for the summer holiday with low season rates. This time is recommended for tourists to visit Phu Quoc to avoid the crowded but high priced holidays.

Meanwhile, rainy season lasts from May to October, when rough seas and frequent downpours can be expected. 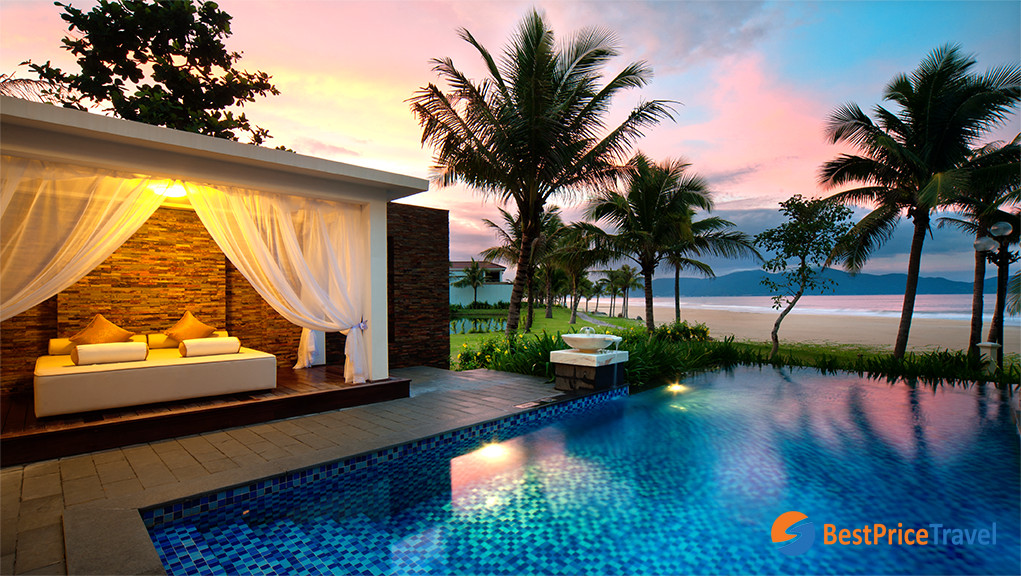 With a newly opened international airport, travelers can consider flying straight to Phu Quoc island for the most convenience. Another way to be considered to entering Phu Quoc is by cruise ship. The place is a special economic zone, in which international visitors can get a 30-day visa exemption to enter. The visa is applied for all foreigners who enter, exit, or transit by both flying or cruising.