Saint Joseph Cathedral has been located at 40 Nha Chung Street, Hoan Kiem District of Hanoi, Vietnam since 1886 with Neo-Gothic style. The cathedral serves more than 3000 Catholics so that it is also the place that celebrates many religious activities for Catholics in this country.

According to some historical documents such as: “La vie de Mgr. Puginier”, “Bong nuoc Ho Guom”, documents of Society of Foreign Missions of Paris, this land formerly belonging to Bao Thien Pagoda, which was built under Ly dynasty. At the end of 18th century, Bao Thien Pagoda was damaged because of war Vietnam - French and the land was transferred to cathedral. 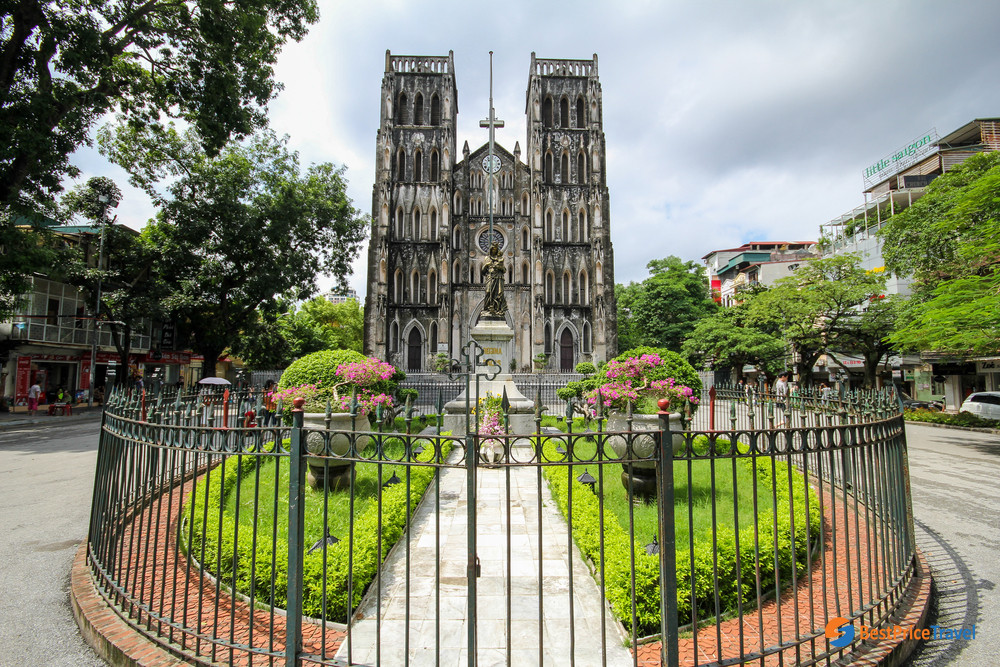 The design of cathedral followed the Gothic Revival style which very popular in Europe from 12th century and similar with Notre Dame de Paris. There is a statue of Mother Maria in front of the cathedral. Inside the cathedral, the wall are made of granite stone slabs and colorful windows follow Western Revival style. The dome of the cathedral is 64.5m in length, 20.5m in width with two towers are 31m in height and have five bells in each tower. 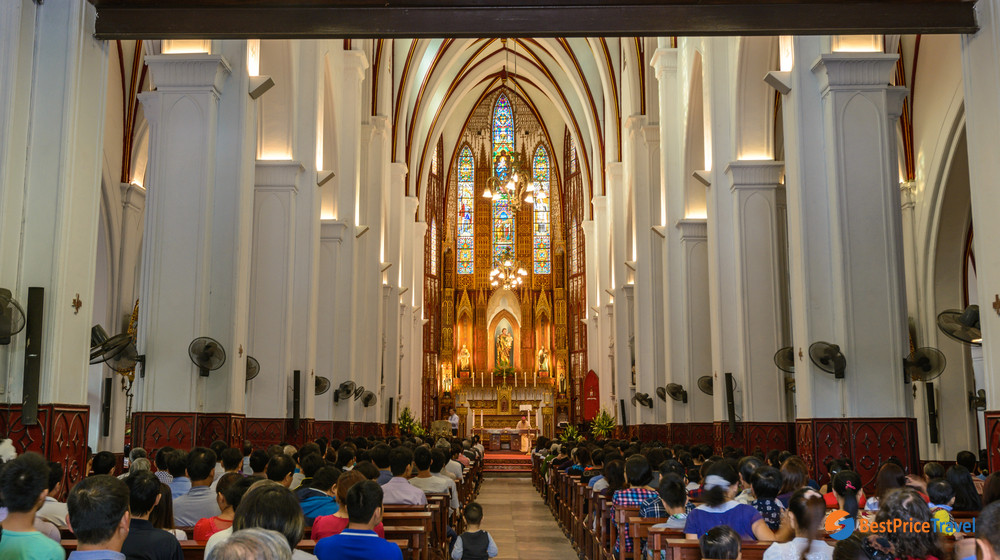 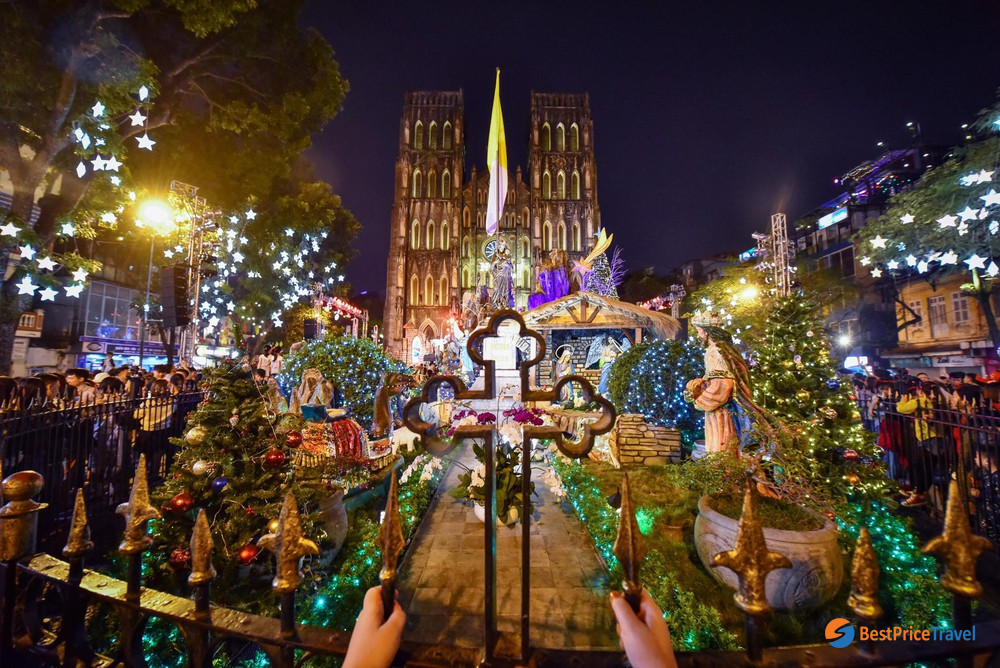 How to get there: If you are in Hoan Kiem Lake, you can walk to Hang Gai Street then go ahead to Ly Quoc Su Street until reaching Nha Chung Street. You will easy to find Saint Joseph Cathedral at 40 Nha Chung Street.