Hoan Kiem lake represented the spiritual heart of the city, reminds Vietnamese people of a legendary story about the name Hoan Kiem, and reminds them of the traditional education and the dedication of General Tran Hung Dao.

Located in the middle of one of the busiest streets of Vietnam's capital, Hoan Kiem Lake offers plenty of trees and shaded spots in which to escape the busy life outwards. The temple attracts many visitors from locals to foreigners to get away from the noise and frenetic pace of the city. Considered the heart of Ha Noi, Hoan Kiem Lake is a legendary spot, which explains much of its reputation and makes it outstanding among many other lakes in the North of Vietnam. 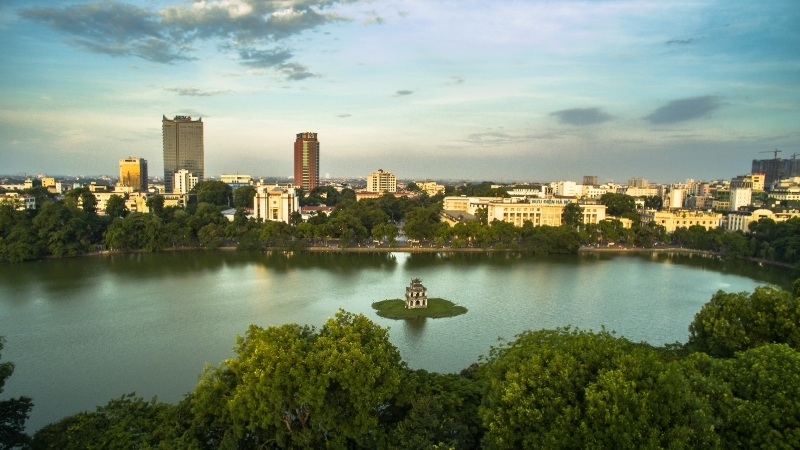 Legend tells that the Heaven King sent Emperor Ly Thai To a magical sword, which he used to fight against Chinese colonization and got his distinguished victory. After the war, Ly Thai To returned the magical sword to a giant turtle, which grabbed the sword and disappeared into the depths of this lake to restore the sword to its original owners. Being faithful and inspired, the locals name the lake after the highlighted milestone of Vietnam history - “Ho Hoan Kiem”, which means “Lake of the Restored Sword”. 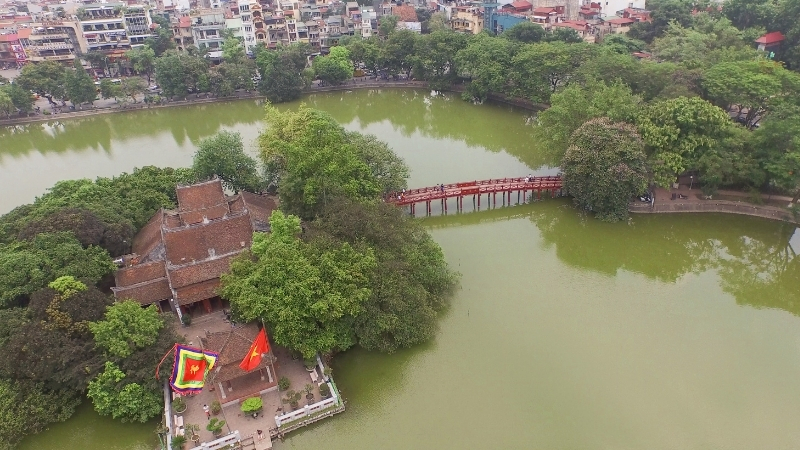 In the center of the lake, there is a small island with an ancient building called the “Turtle Tower”, which is in memory the legend. The island is known as Jade Island, accessible by the iconic Huc Bridge or Rising Sun Bridge. Even the bridge is a charming icon itself with scarlet-painted wooden material. Crossing through Huc Bridge, Ngoc Son Temple appears to your eyes. Built-in 18th century, Ngoc Son temple is predominately dedicated to war hero General Tran Hung Dao, who defeated an armed force of 300,000 soldiers sent by Mongolian Emperor Kublai Kham om the 13th century to invade Vietnam. Inside the temple, there are altars dedicated to Tran Hung Dao, some ancient artifacts including ceramics, and a preserved specimen of a giant turtle once found weighing 250kg. There are also endangered large soft-shell turtles living in Hoan Kiem lake, to see one of these gentle giants is kind of auspicious. Feeling good enough for a visit soon? 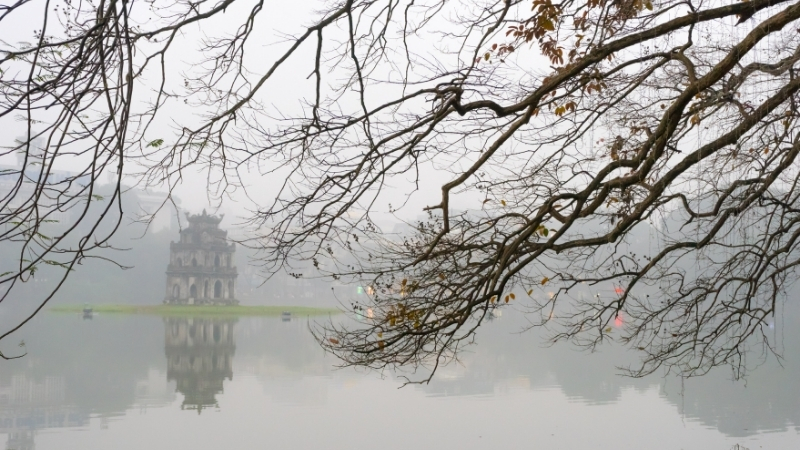 Fridays to Sundays is the recommended weekly period for tourists to visit Hoan Kiem Lake and the Tuttle Tower. Thanks to the fact traffic are banned from the area from 7 PM to midnight, the public fun fair vibe takes over the place. If you are looking for a good morning walk or peaceful coffee enjoyment during your stay in Ha Noi, Hoan Kiem Lake would be a good spot for you to blend in with the locals.

What transportation we can use to go to Hoan Kiem lake?

You want to go from where? in Hanoi you can use bus, taxi, motobike to get here.