Bago is not really a town for fantastic sight-seeing views, but it is famous for a number of giant Buddhas. If you have an extra day to explore this modern town, Shwethalyaung Buddha, known as the second largest reclining Buddha in the world, should be in your list.

As mentioned, Bago is famous for many enormous Buddha images, but the reason visitors should pay Shwethalyaung Buddha a visit is because this statue is the oldest as well as the most revered in Bago.

Archeologist stated that this Buddha statue was built in 994 with 55 meters long and 16 meters high. Surprisingly, since 1757, the world lost track of the Buddha (yes, it was literally "lost" from the world) until more than 120 years. Later in 1880, a British engineer accidentally rediscovered it under a cover of jungle growth! 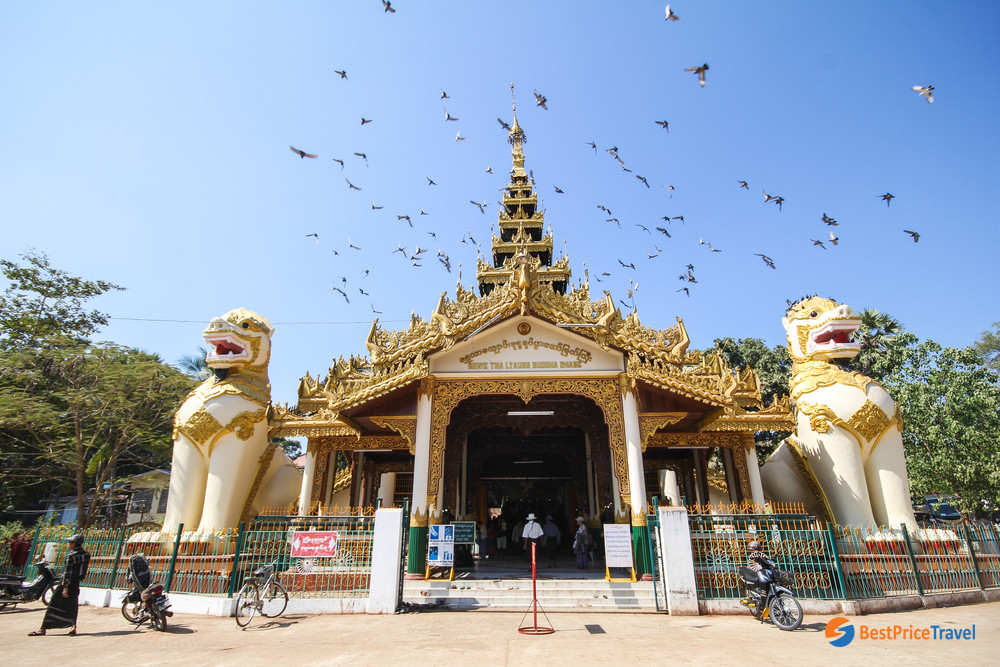 Pathway leads to the house of Buddha image is a large hall with white columns. Images on the walls contain murals portraying several Buddhist stories. At the end of the hall, a stairway leads to the pavilion sheltering the Shwethalyaung Buddha image. On the terrace is a mythical Naga snake, the animal that is trusted to protect Buddhism. Since according to Buddha story, this snake had covered the Buddha’s body against heavy rain during his meditation.

In 1930, the reclining Buddha image was given an enormous ornamented pillow, and is currently kept under another plain gigantic shed. The soles of the feet are decorated with images of the 108 icons called “lakshanas” stand for 108 characteristics of the Buddha. This Buddha statue is placed in a metal decorative housing using Italian marble on the floor. On the walls, there are Buddhism art paintings representing scenes from the Jataka tales, the stories that show the previous lives of the Buddha. 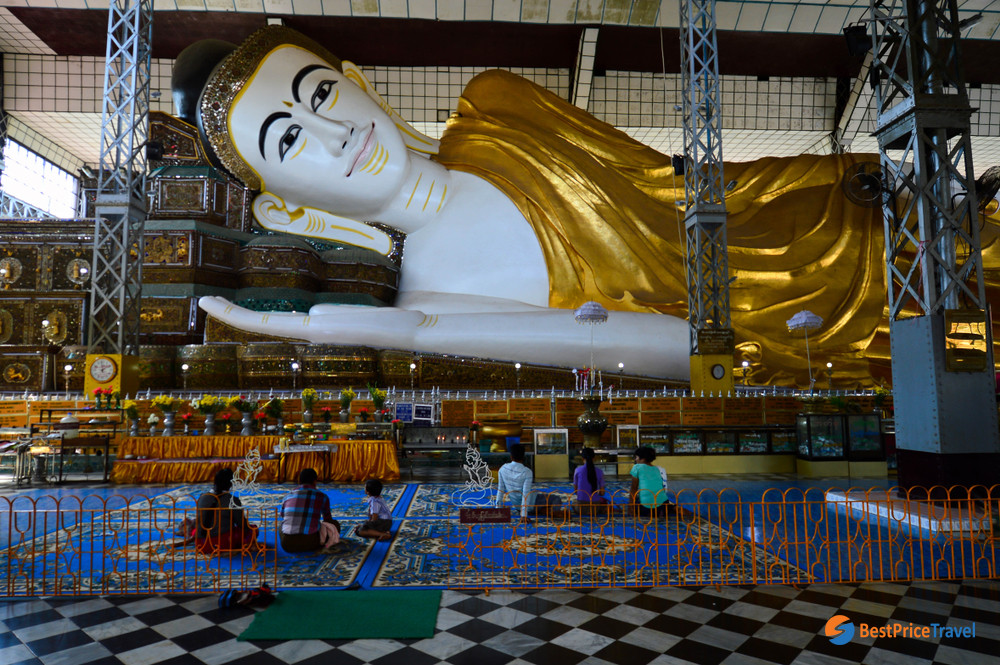 Shwethalyaung Buddha is not just gives tourists some worthy pictures but you can also learn some stories about the life of Buddha. Don’t forget to wear appropriate clothing before coming to this living monastery.