Bago is a town little visited by tourists located about 80 kilometers northeast of Yangon. The town has a long and rich history.

Bago, also known as Pegu or Hanthawaddy, is a city and the capital city of the Bago Region in Southern Myanmar. Located on the Pegu River, 76 km (47 miles) northeast of Yangon (also called Rangoon), Bago is a prominent rice-and timber-producing city that is also famous for its various temples and historical sites. 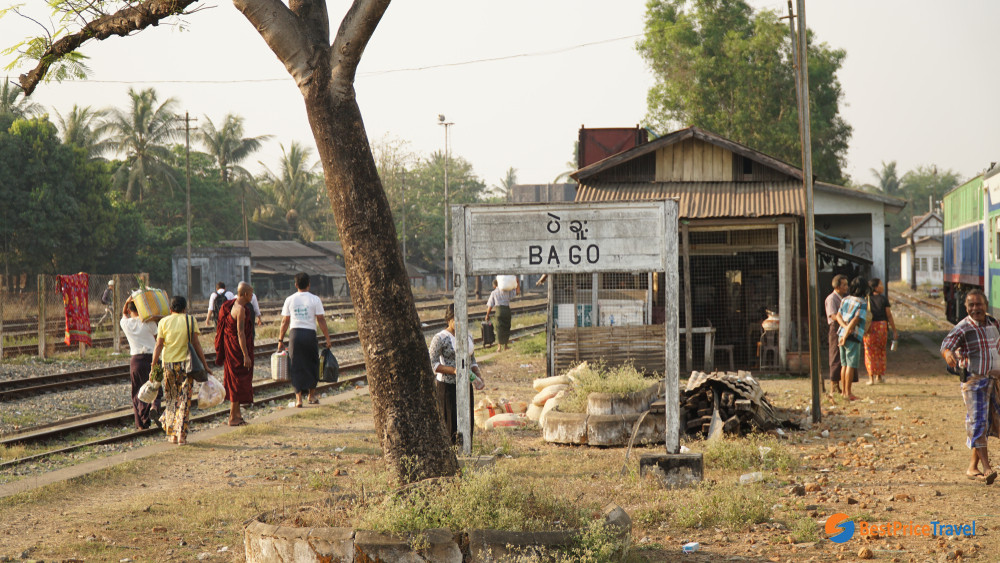 Bago is said to have been founded circa. 573 by Mon emigrants from Thaton. It was officially made the capital city of the Mon Kingdom in 825.  After the Mons regained independence from the Mongols in 1287, Bago once again served as the country’s capital, an important port, and a prominent Buddhist center.

The history of Bago

A series of wars from 1740 to the 1860s devastated and depopulated the region. After Myanmar fell under British colonialization, Bago was turned into a primary rice-growing and exporting region of the colony. The city slowly regained strength and prominence after independence, however, and is currently the 4th biggest city in Myanmar.

Shwemawdaw Pagoda: Also known as the “Golden God Temple,” Shwemawdaw is the tallest pagoda in Myanmar, at 114 meters in height. This splendid pagoda was built during the Mon Dynasty. After the stupa was destroyed in a massive earthquake in 1930, it was rebuilt from 1952 to 1954. Tourists will find the pagoda’s architecture and design exceedingly similar, though relatively less impressive, to the famed Shwedagon Pagoda in Yangon. 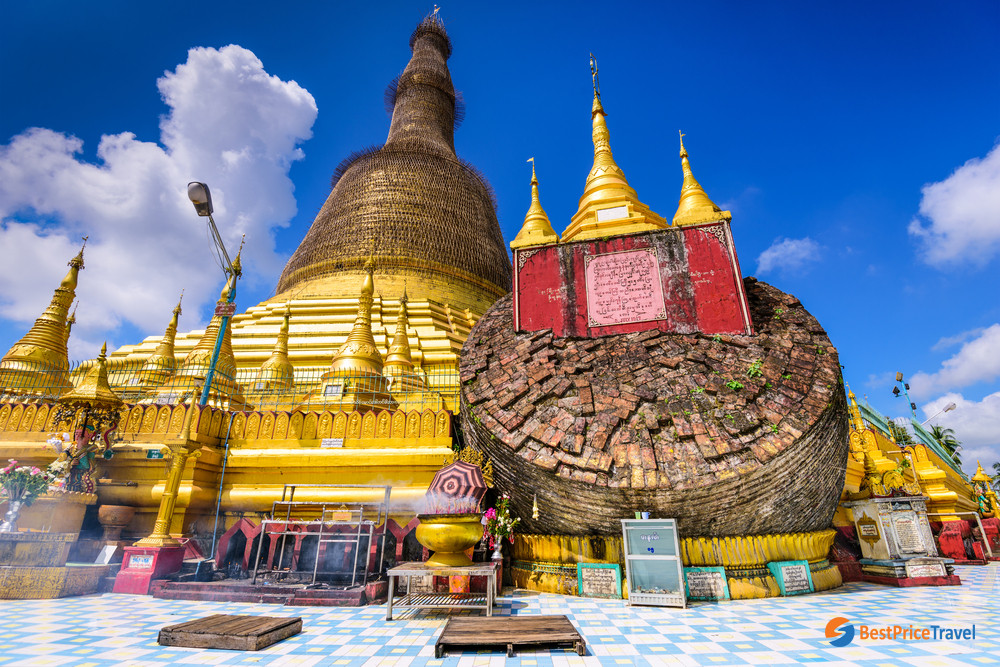 Hintha Gon Pagoda: Situated on a hill behind Shwemawdaw Pagoda, Hintha Gon is another important Buddhist temple in Bago. The pagoda was built by U Kanti, a Burmese monk known for having designed the Mandalay Hill. When visiting Hintha Gon, tourists will get the opportunity to enjoy the breathtaking view of Bago city from atop the hill.

Kyaik Pun Pagoda: This pagoda is located in the southwestern part of Bago city and home to the Four Seated Buddha shrine, a collection of four statues of the Buddha in four seated positions. According to Burmese legends, the statues were built by four Mon sisters, each of whose marriages would lead to the destruction of one of the statues. The 1930’s earthquake destroyed one of them, which was later renovated. The pagoda itself was a historical building, built by King Dhammazedi in 1470. 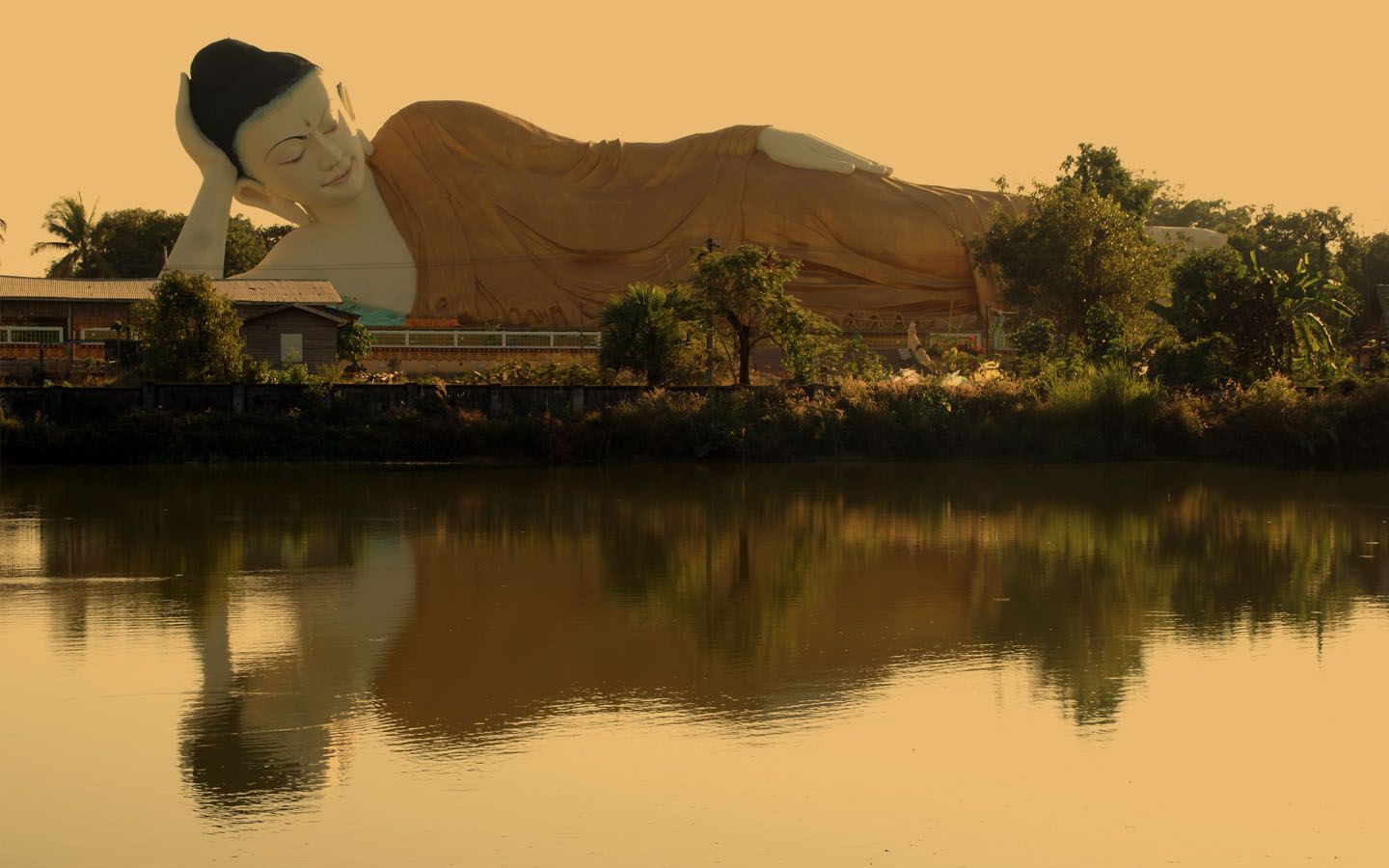 Kanbawzathadi Palace and Museum: This historical building complex is a must-visit destination in Bago. Located north of the Shwemawdaw Pagoda, the palace and museum feature spectacular and unique Mon architecture. The museum, in particular, has a unique octagonal shape and contains various collections of Mon artifacts. Visiting Kanbawzathadi Palace and the museum will allow tourists to learn important information about Bago’s history, both as a city and an ancient capital of the Mon Kingdom. Significantly, the palace also served as the residence of King Bayinnaung from 1553 to 1599.

Kalyani Ordination Hall: Finally, tourists will enjoy a visit to Maha Kalyani Sima, a sacred Buddhist hall of ordination, located near the train station of Bago. Kalyani is a prominent pilgrimage site for Theravada Buddhists that houses the Kalyani Inscriptions, a collection of 10 sandstone pillars inscribed with important Buddhist records in Pali and Mon in 1480. After having been destructed numerous times, both by wars and natural disasters, the ordination hall was finally reconstructed in 1954 and continues to remain a sacred Buddhist center until this day. 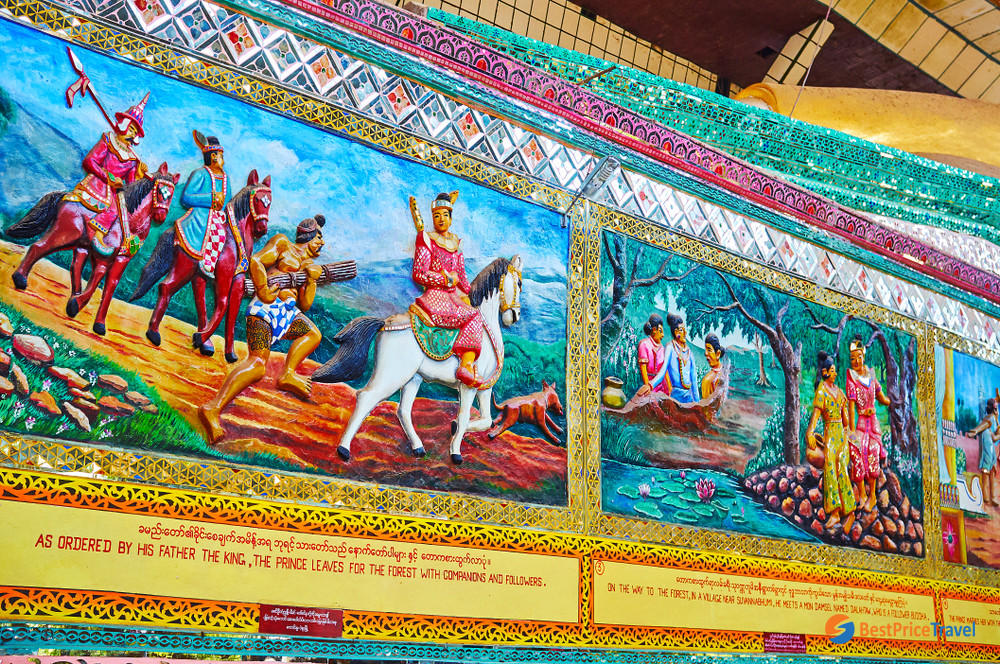 The Pedestal Of Reclining Shwethalyaung Buddha

Myanmar is a Buddhist country with many Buddhist temples and religious sites. Tourists should make sure to bring with them appropriate dressing attires, especially when they plan on visiting Bago’s different Buddhist pagodas. For instance, tourists must avoid sleeveless shirts, shorts, skirts, or pants that are shorter than the knee, and should try to wear toes-covered shoes rather than flip-flops when visiting these religious sites. It is important that tourists pay respect to Myanmar’s cultural and religious centers.

It is most recommended that tourists visit Bago (and many other cities in Myanmar) during the months of November – mid-March, when the weather is relatively dry, temperate, and more predictable. This dry season is especially essential when tourists plan on performing outdoor activities such as mountain climbing or traveling by boat.
The March-May period is too hot, which may leave tourists severely dehydrated and even suffering from heat strokes. To the contrary, the August-October months are the region’s rainy season, during which heavy rain and severe flooding are most likely to occur. In general, tourists are recommended to always bring with them enough water and either a hat or an umbrella to prevent dehydration and heat strokes. Mosquito repellents may also be useful to avoid the unpleasantness and irritation of mosquito bites.

How to get to Bago 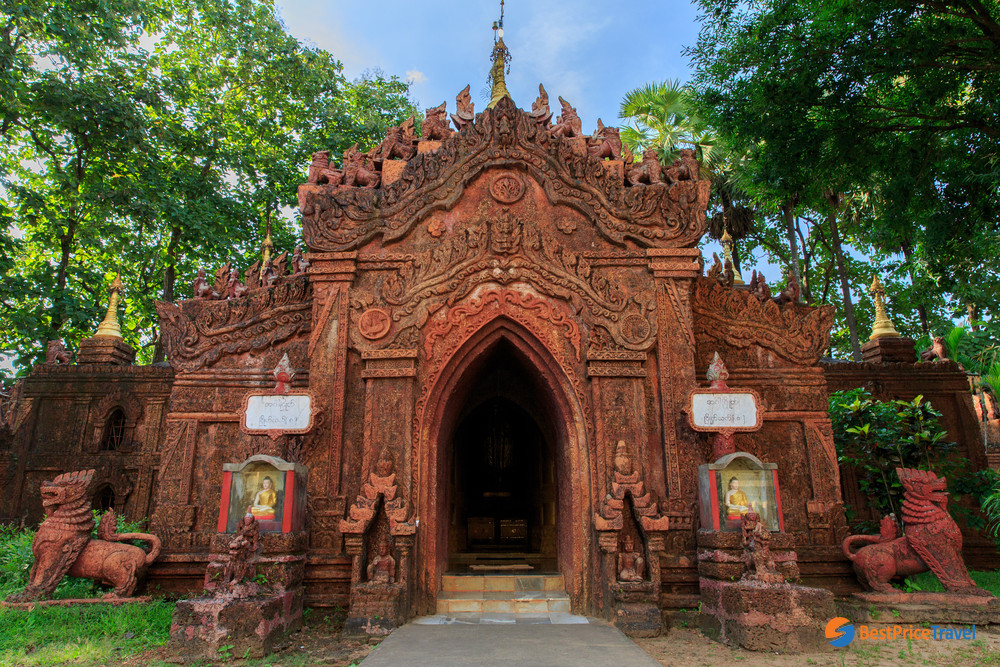 The city of Bago is small enough to walk around. For more convenience, tourists may choose to bike or travel on shared and/or private motorbike and tuk-tuk rides.

Other attractions in Bago