If tourists have visited all the beautiful spots in Yangon and have not planned to go anywhere. So what are you waiting for, come to Bago city right away! The city of Bago, which used to be Myanmar's capital, is like a Disney Land theme park with colorful religious buildings. It can be said that this sm

Shwemawdaw Temple is located in the northeast of Myanmar railway house. The name Shwemawdaw means "Great Golden God". Guests can easily see this temple with a height of 114m across Bago city. The temple has a long history of more than 1000 years. It was originally built by a Mon king as a place of worship for the two hairs given by the Buddha. At that time, the temple was only about 23m high. By 840, Shwemawdaw temple was raised to 27m. In the following years, the temple continued to be upgraded. Unfortunately, a massive earthquake in 1930 knocked down the entire temple, leaving only the base. However, from 1952, the pagoda was completely remodeled and built to 114m high and remains the same until today. The golden spike at the top has made the temple the tallest religious building in Myanmar, which will definitely wow tourists from afar. Shwemawdaw is one of the most sacred and precious temples in Myanmar. The temple is home to the Buddha's hair and tooth relics. Although so far, there have been many changes in architecture but the ancient, solemn and pristine beauty of the temple is still preserved quite carefully to leave many impressions in the hearts of tourists. 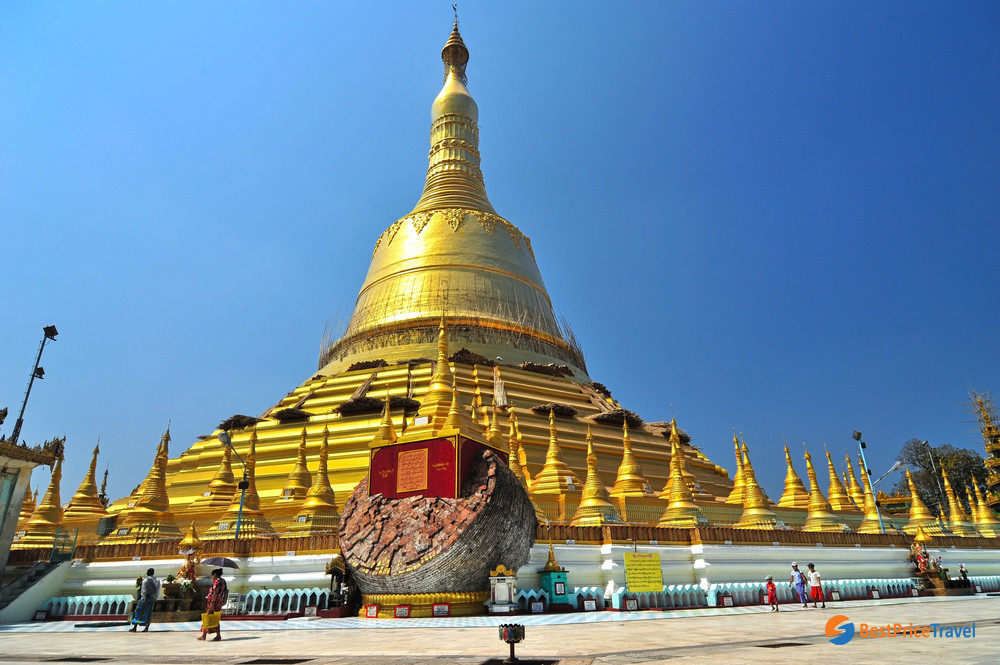 The two sides of the temple entrance are set with many interesting ancient collections. Among them are many stone antiquities with no clear details, as evidence for the long chronology as well as the terrible destruction of the 1930 earthquake that Shwemawdaw had to suffer. Within the temple grounds, there are many statues of Nat (the god of protection in Myanmar beliefs). There are also 8 temples for visitors to pray. Each shrine represents a planet according to Western astronomical science. Inside the temple there is also a small exhibition museum. Here, the remaining wooden and ancient Buddha paintings are displayed after the earthquake in 1930. These are the pictures of the temple after being destroyed by the earthquake, along with images of the rebuilding process of the temple, from which tourists will get to know more about the history of the temple as well as the Buddhist culture of Myanmar. 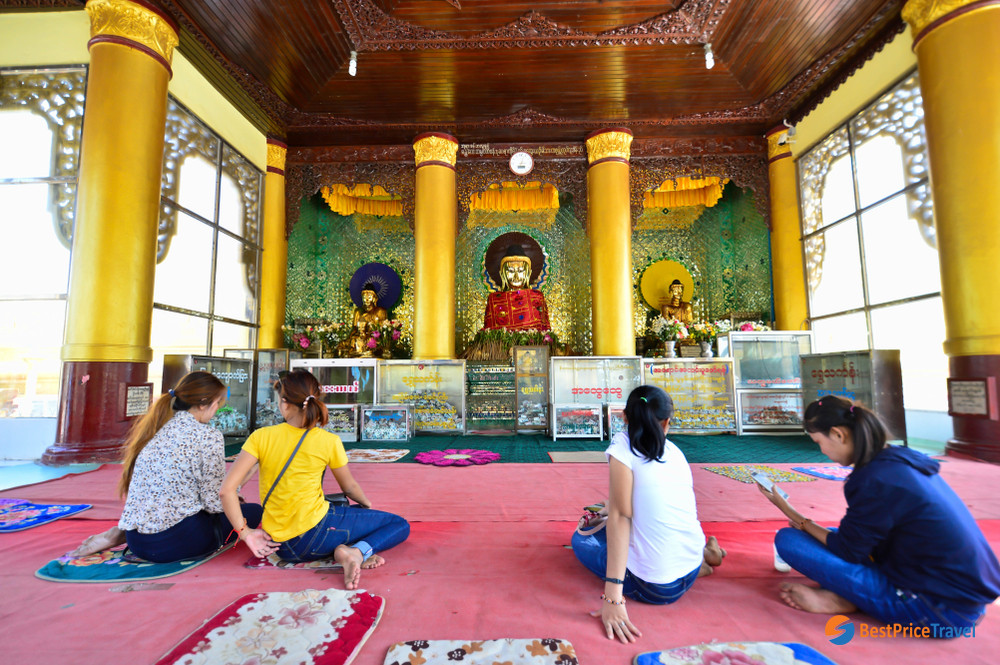 Kneel In Front Of A Buddha Statue

Shwemawdaw is located on Pagoda Street, east of National Highway NH1. Taking a tuk tuk ride from Bago city center to the temple costs no more than 1,000 Kyat. The temple is opened daily from 6 am to 9 pm. The fee is 10 USD / person for visiting the temple as well as other historical sites in Bago.