It is the most renowned Buddhist site in Bagan which expresses the close-knit connection between Theravada Buddhism and traditional Burmese religion. Shwezigon Pagoda was first constructed in 1057 under the reign of King Anawrahta who founded the Bagan Kingdom in 1044. The pagoda sits in the center of a large platform, around which several other shrines and pagodas have been built. 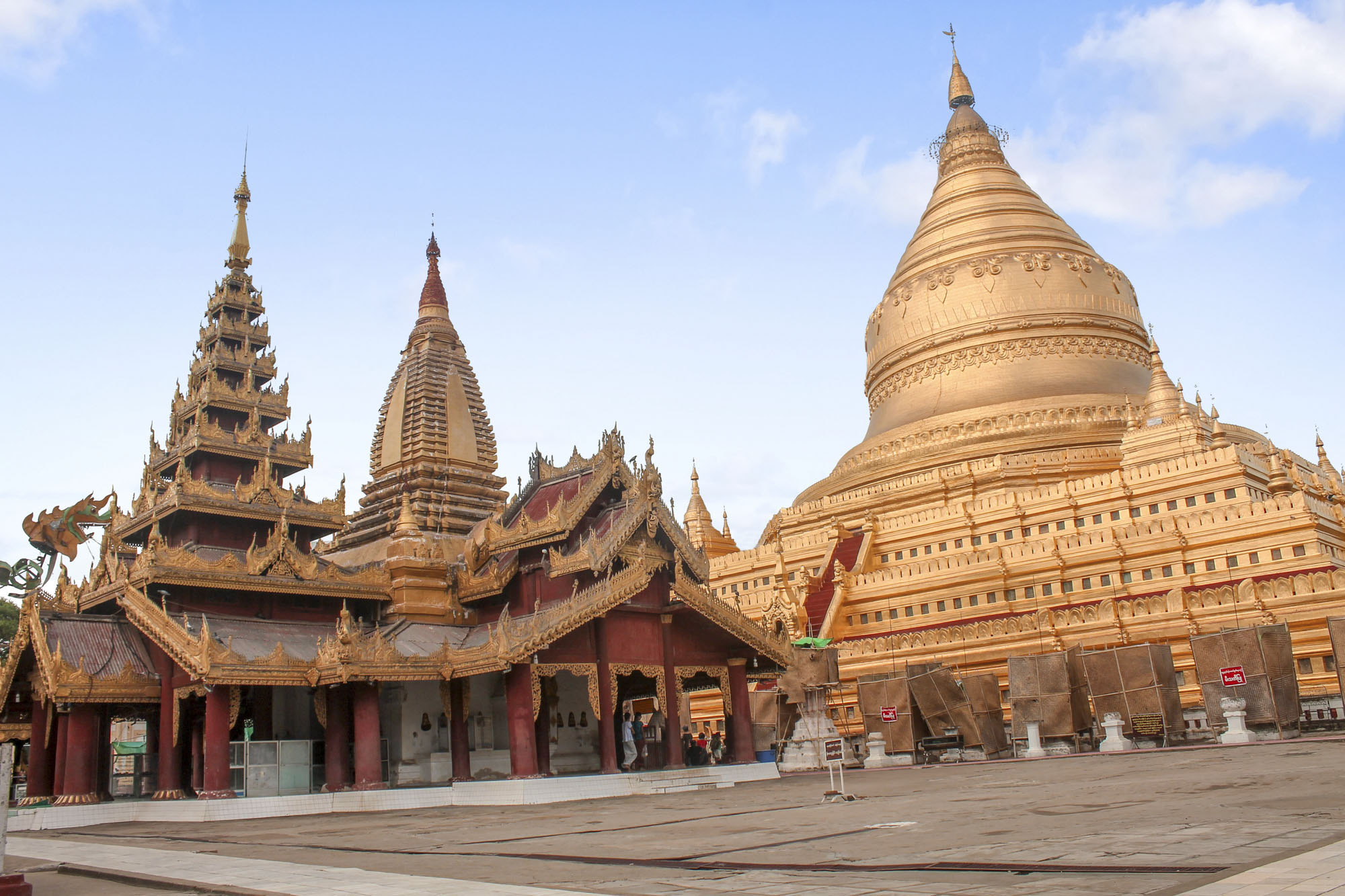 The structure of Shwezigon Pagoda is a gold gilded stupa in cylindrical shape, placed on top of several terraces. All four sides of the pagoda have a central stairway guarded by Makaras (sea creatures from Hindu mythology) leading to the top of the terraces. It is believed to enshrine the sacred bones and teeth of Gautama Buddha.  Within the compound of the Shwezigon Pagoda is a stone pillar containing Mon language inscriptions dedicated by King Kyansittha. 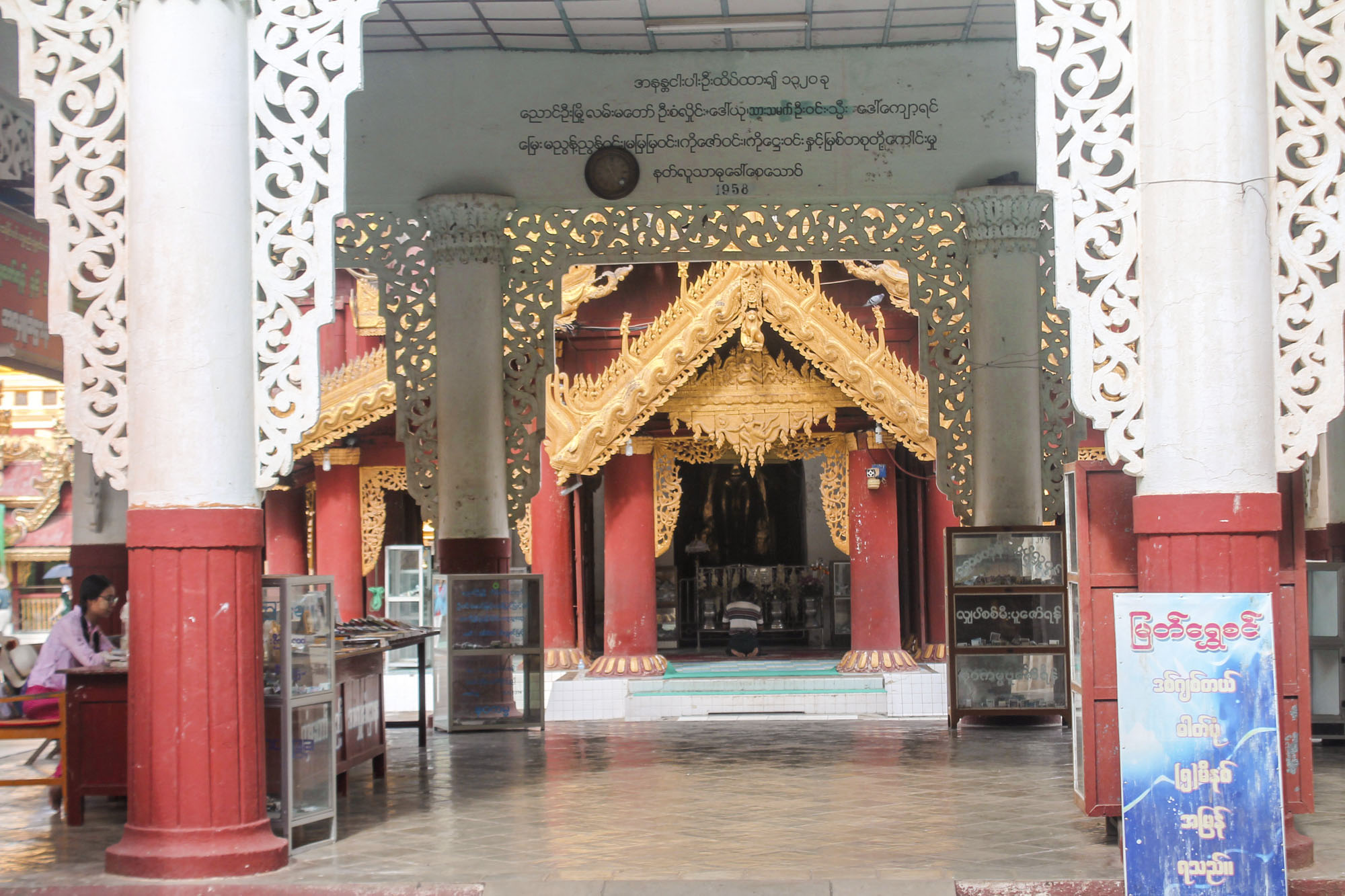 After dark, the pagoda is wonderfully illuminated by spotlights that give the place a mystical atmosphere.

The Shwezigon festival held during the 9th month of the Burmese calender (December) attracts thousands of devotees. This was originally a month dedicated to paying respect to the ancient Nat spirits, before Theravada Buddhism became prevalent in Burma.