Explore the Essence of Thai Cuisine

Considered one of the most popular tourist attractions, Thai cuisine is renowned for its distinctive cooking style and sophisticated blend of herbs, spices, and fresh foods. The common feature of Thai cuisine is the extremely rich flavor, each of the sour, salty, sweet, bitter, and spicy flavors of Thai food are clearly expressed. Thai food when processed is added to many different spices and flavors. Although used but not causing a lot of complexity, each spice and each flavor is used reasonably and accurately, measured, and measured on each dish.

Thai people like the sour and spicy taste so their favorite spices are chili, lemon, and lemongrass. In the characteristic flavor of sour, spicy, salty, and sweet, each Thai dish is very unique. In some countries in the world, Thai cuisine is a combination of colorful quintessence between the East and the West, especially neighboring countries such as India, Indonesia, Myanmar, China ... but still, create different highlights. 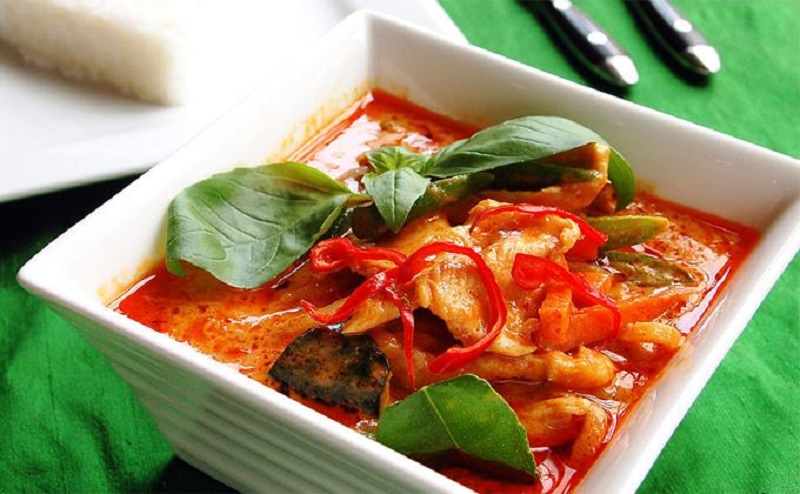 It is a harmonious blend to create dishes that are hot, spicy to tear the tongue, sometimes sour, salty to rich, both beneficial to the digestive system, and refresh the spirit. Besides, the color of the dish also plays an attractive and eye-catching diner with the red of chili, yellow of turmeric, purple of beetroot, green of pineapple leaves, of vegetables...

Thai food is especially rich, not only in taste but also very colorful. It is due to a combination of meat, fish, shrimp ... with spices and many different colors of vegetables. When a Thai dish is placed on the table, diners are always first impressed by its eye-catching, color stimulating taste, making the dish more palatable.

Thai cuisine has a common feature, but each region has a unique feature in its flavor and processing. Referring to Thai cuisine, it refers to the old royal cuisine and cuisine of 4 regions of the country, each of which has its distinctive characteristics in the way of processing. 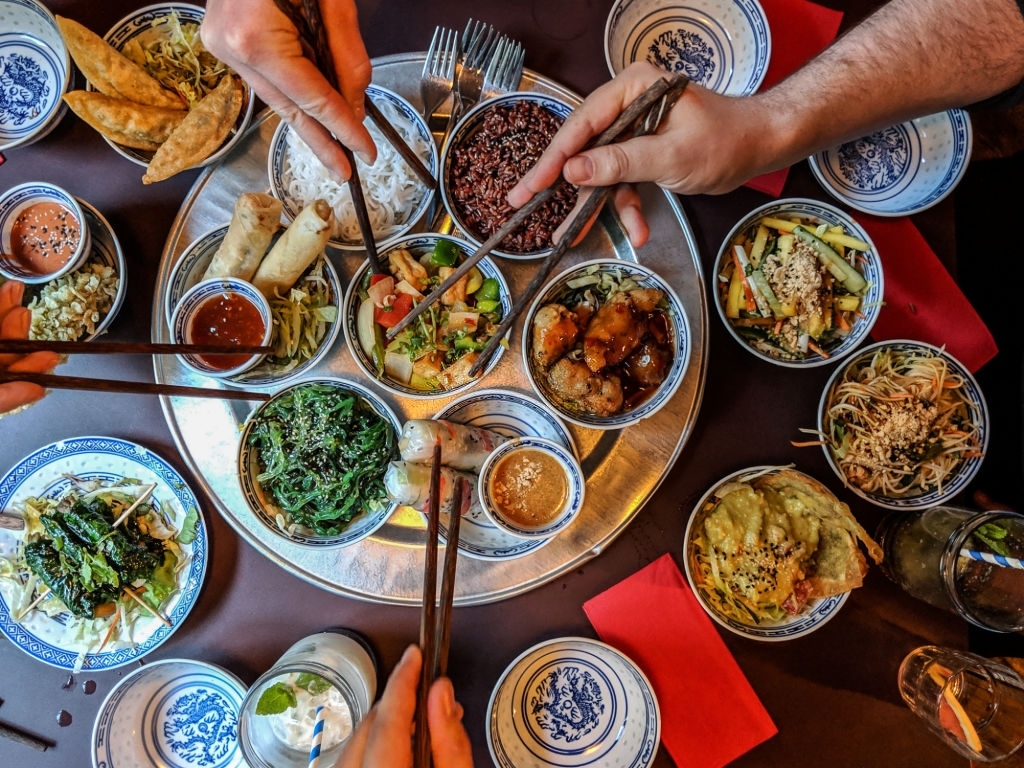 Fresh seafood is also a widely used food such as fish, shrimp, crab, squid, oysters, clams ... Cashews are used a lot to make appetizers or combinations in many dishes. Because of its spicy taste, fresh chili, dried chili, and satori are popular and popular spices.

This is a strange and wonderful Thai food because some people can eat papaya, some people don't. Garlic, chili, green beans, cherry tomatoes, and chopped raw papayas are ground into flour in the mortar and thus they create an unforgettable spicy-sweet-sour taste. Chefs can add peanuts, dried shrimp, or salt crabs. This dish can clean the intestines, stimulate digestion. 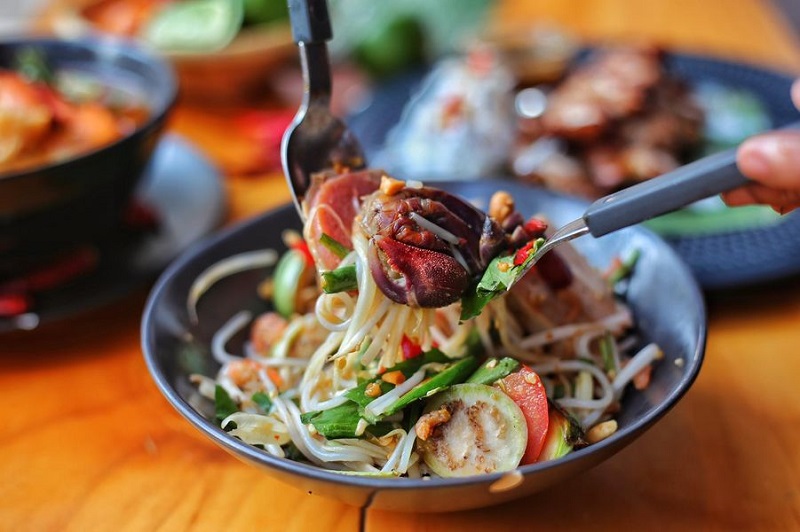 Thai cuisine is famous for this dish, which is sold everywhere on the road from Cape Town to Khao San. Chefs flick small, thin noodles or thick noodles (of your choice) in a hot cast iron pan with crispy peas, onions, and eggs before serving. It will be more flavorful if you use condiments such as fish sauce, sugar, chili powder, and ground peanuts. 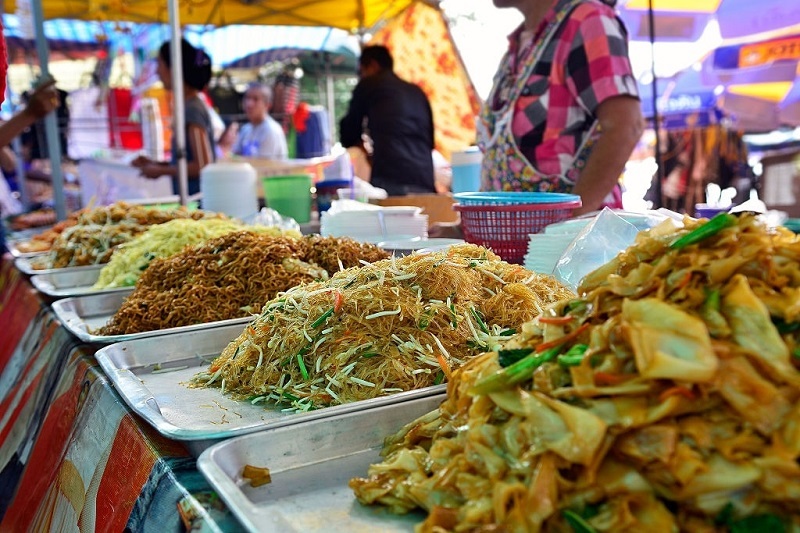 Made from small pieces of meat, red curry powder, coconut milk and topped with a thinly sliced ​​kaffir lime leaf, this rich, aromatic curry always arouses diners' taste buds. The best is when the meat is soft stewed, this dish can be likened to a beautiful woman: delicate, sweet, and fragrant. 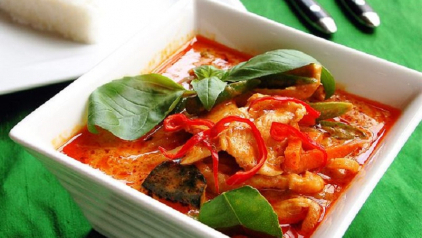 Explore the Essence of Thai Cuisine 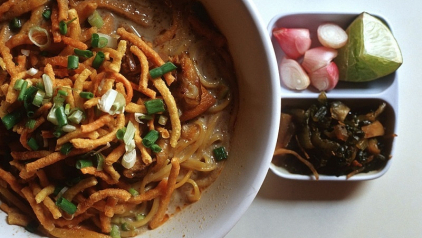