The Flavors of Insect Street Food in Thailand

In Thailand, it's normal to see people eating bugs, just like when you see a child eating ice cream. Do you dare to eat those insects foods? Referring to insects, many people will feel frightened, but in Thailand, it is a specialty that locals and tourists alike. This does not mean that all insects in Thailand eat, only a few of which are. Traveling to Thailand and exploring the Thai insect dish path, you will easily enjoy fried insects from roadside eateries. Especially at night, the restaurants here are extremely bustling with many dishes for visitors to choose from. Currently, many countries in Southeast Asia use insects as the main food in their daily meals.

Taste of insect dishes on the streets of Thailand

For a long time, Thai cuisine attracts tourists thanks to the sophistication and strangeness in the food forest. Many Thai tourists who see Thai insects for the first time feel scared and astonished, but after tasting you will no longer feel fear, but instead enjoy and excited and finally be fascinated.

Thai Fried Insect is one of Thailand's favorite foods, you will find it at the night markets, with countless street foods. The night market is the address to enjoy the most attractive fried insect dishes in Thailand. With the street vendors, dozens of insects are fried golden attractive. 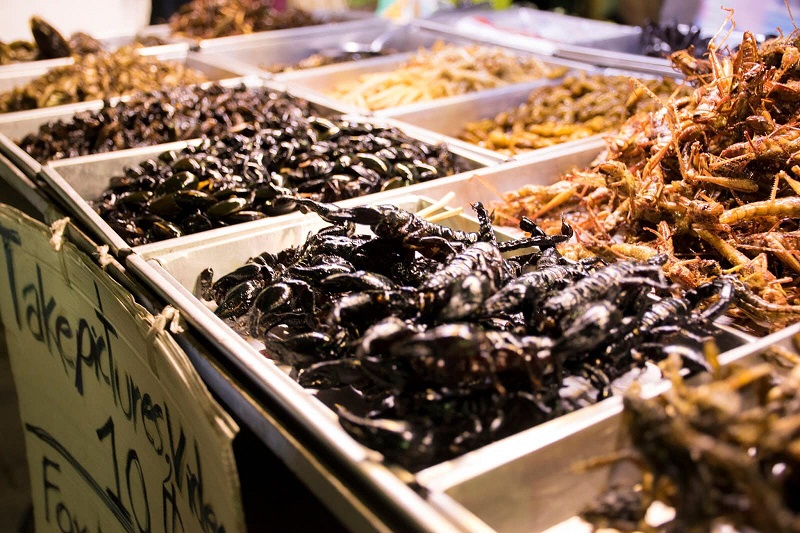 In Thailand, insects are a favorite food for many - not just the rural poor. More than 200 different species are provided. The country has to import large quantities of insects from Cambodia, China, Laos, and Myanmar. Domestically, this food is sold at a higher price than chicken, beef, or pork. 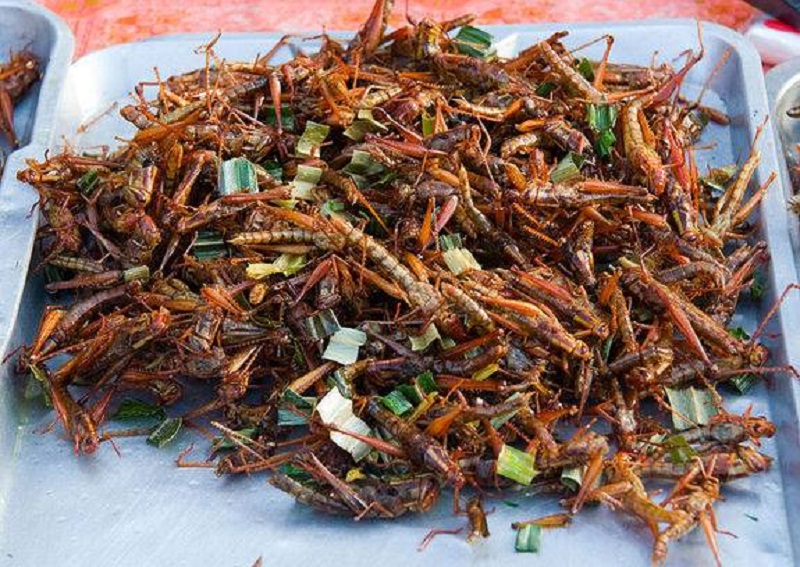 Many insects are used by business people to make dishes such as crickets, grasshoppers, cockroaches, beetles, bamboo worms, and ant eggs... but the most popular insects are grasshoppers.

Visiting Khao San street and tasting the scary reptiles here is an experience not to be missed. You'll find loads of strollers with all sorts of reptiles, from scorpions, black spiders to silkworms. There are also freelance sellers, with a tray of crunchy snacks to choose from. Khao San Road is not on any platform, so the easiest way to get here is to take a taxi. A driver will know the exact route if a tourist says he wants to go to Khao San.

Far away on Yaowarat Road, there are a lot of insect sellers. Chinatown is considered to be the area with the most food worth trying in Bangkok, which cannot mention the famous insect dish. You will find crickets the size of a palm or fat larvae. To get here, take the subway at Hua Lamphong Station and exit at exit 1.

You can also come here by boat. To any pier on Chao Phraya River, the easiest is from Saphan Taksin Pier to Ratchawong Pier. From here, you go straight and will come to the Grand China Hotel located on the famous Yaowarat road. 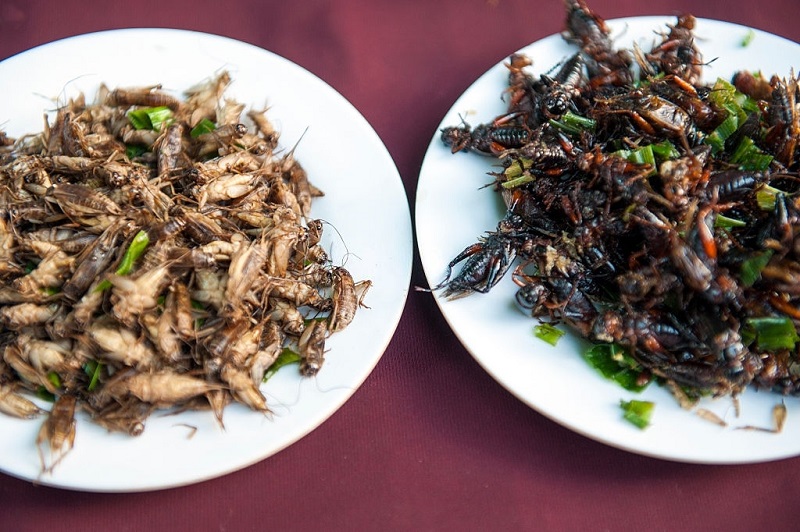 Insect sold on the street of Chinatown

Besides go-go bars, the red light district in Patpong is also known for its terrifying reptiles. Taste the different species of bugs here, such as ants, water bugs, or beetles, you will find these delicious crunchy dishes. After swallowing these insects, you will sometimes see a few of their feet stuck in your teeth. Take the SkyTrain to Sala Daeng Station and exit at exit 1 to get to these edible insects. The MRT also goes to Patpong: get off at Si Lom Station and exit at exit 2.

The taste of dishes made from insects is always very special. It is favored by many Thai people and tourists to Thailand. Dishes from insects are not only Thai specialties, but they are also tourist attractions with many unique cultures. 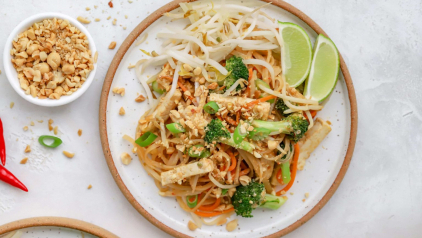 The Best 10 Street Foods in Thailand 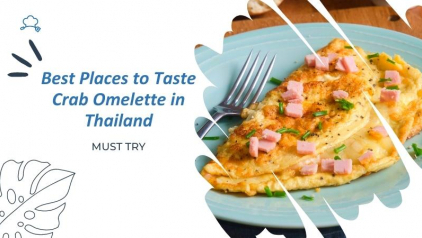 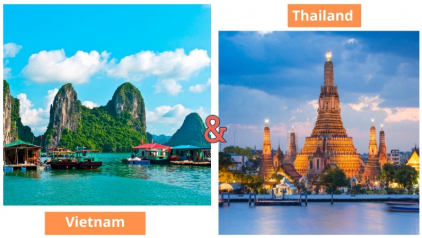