Being the oldest pagoda in the ancient capital, Thien Mu has a long history through wars and dynasries, with an interesting legend coming along. 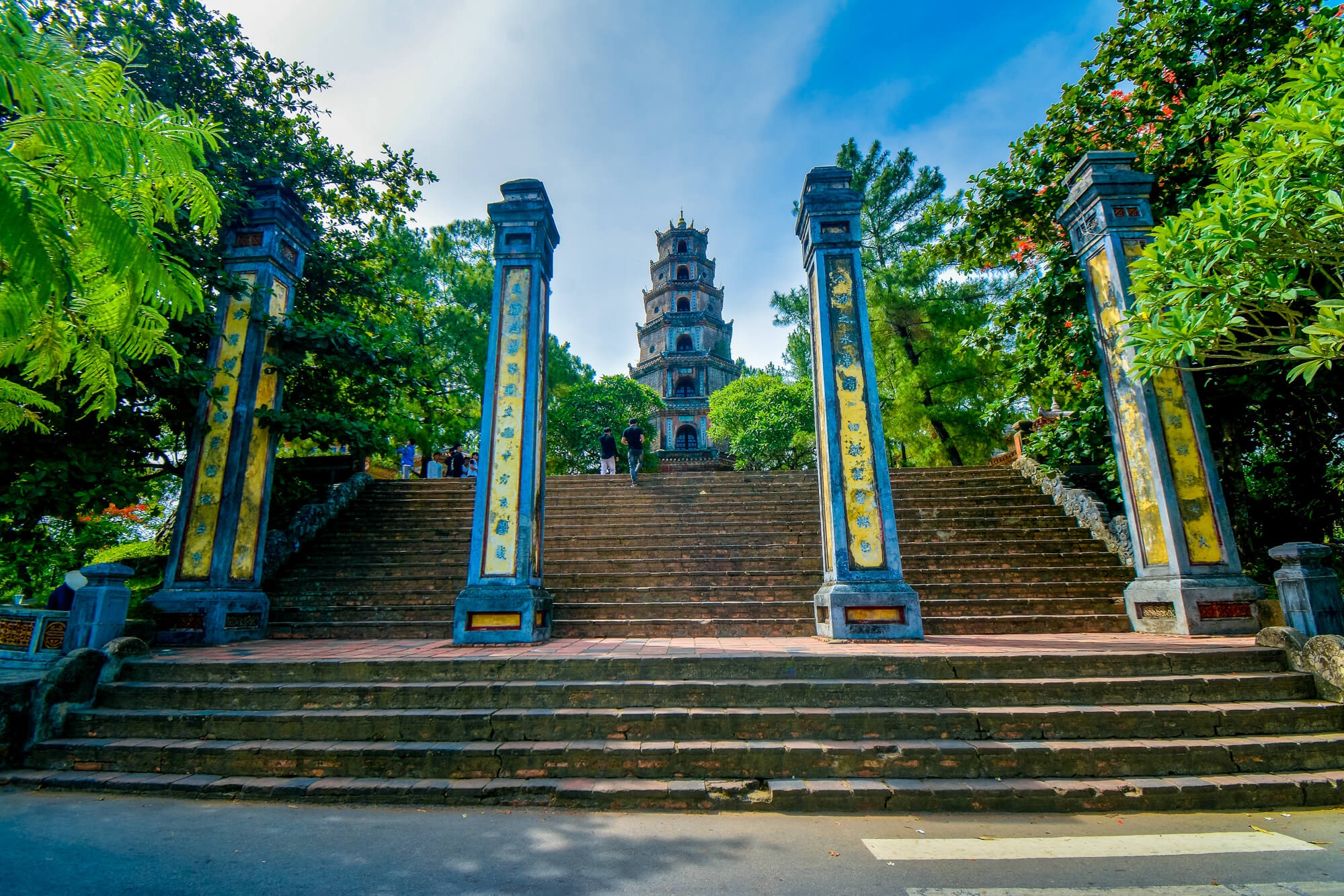 Thien Mu Pagoda’s establishment was associated with the early actions of the first Nguyen Lord – Nguyen Hoang, in Dang Trong (South  Vietnam). Locals said that there was an old lady wearing a red blouse and green trousers who appeared on the hill every night saying a true Lord would come to this place and build a pagoda for prosperity of the country. On the other hand, history tells that when the Lord was sent to rule the central area of Vietnam, he was trying to survey and choose a site for settling down. As riding upstream along Huong River side, Nguyen Hoang discovered a small hillock whose terrain looked like a dragon turning its head and decided to build a pagoda here. The 2 stories seem to match and may have resulted in naming Thien Mu Pagoda (means Heavenly Lady pagoda) and the  hill “Thien Mu Son (means Heavenly Lady mountain).

The pagoda itself has gone through some renovation and addded architechtural structures, which results in the giant tower as it is in present day. Besides the big bell installed in 1710, Thien Vuong, Dai Hung, Thuyet Phap buildings, Tang Kinh Pavilion, monks’ rooms and religious meditation house were added in 1714. With its enlarged scale and magnificent natural surroundings, Thien Mu Pagoda was considered as the most beautiful one in Dang Trong at that time. 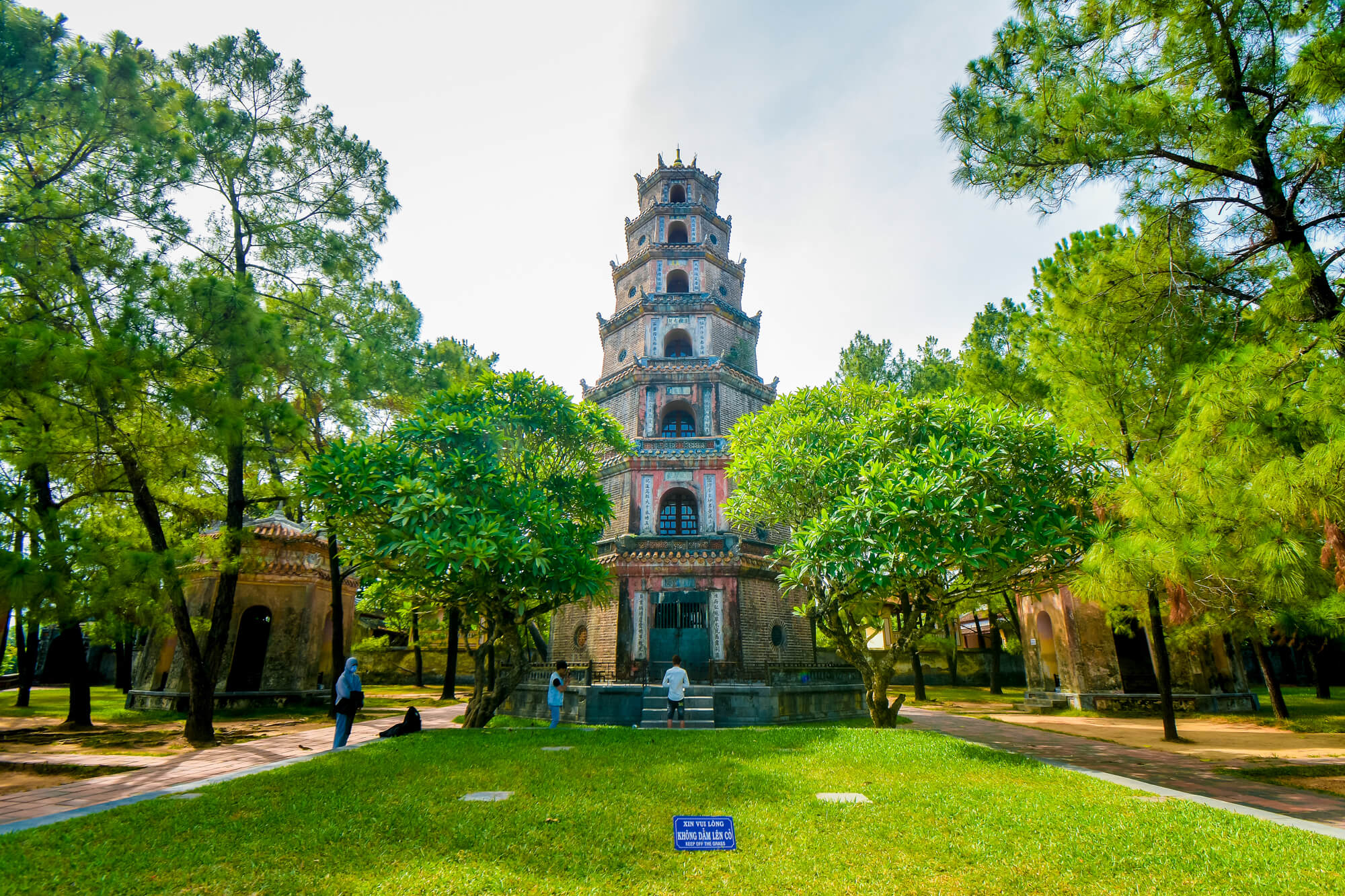 Following the stair steps up to Phuoc Duyen tower, your eyes are exposed to a holistic view from 21m above water level. Situated in Tang Kinh, many pride gravestones carried by giant turtle statues are displayed for exhibition. The pagoda’s wonderful religious history is reminded about through beautiful Buddha statues. After visiting the buildings, you may find yourself highly relaxed and comfortable in Thien Mu’s garden, with peaceful atmostphere and hearing Thien Mu’s giant bell ring, if you are lucky enough. Locals refer to Thien Mu bell sound as the sound of their homeland, which flows along with Huong River to the sea, resonating the ancient capital’s people’s souls. 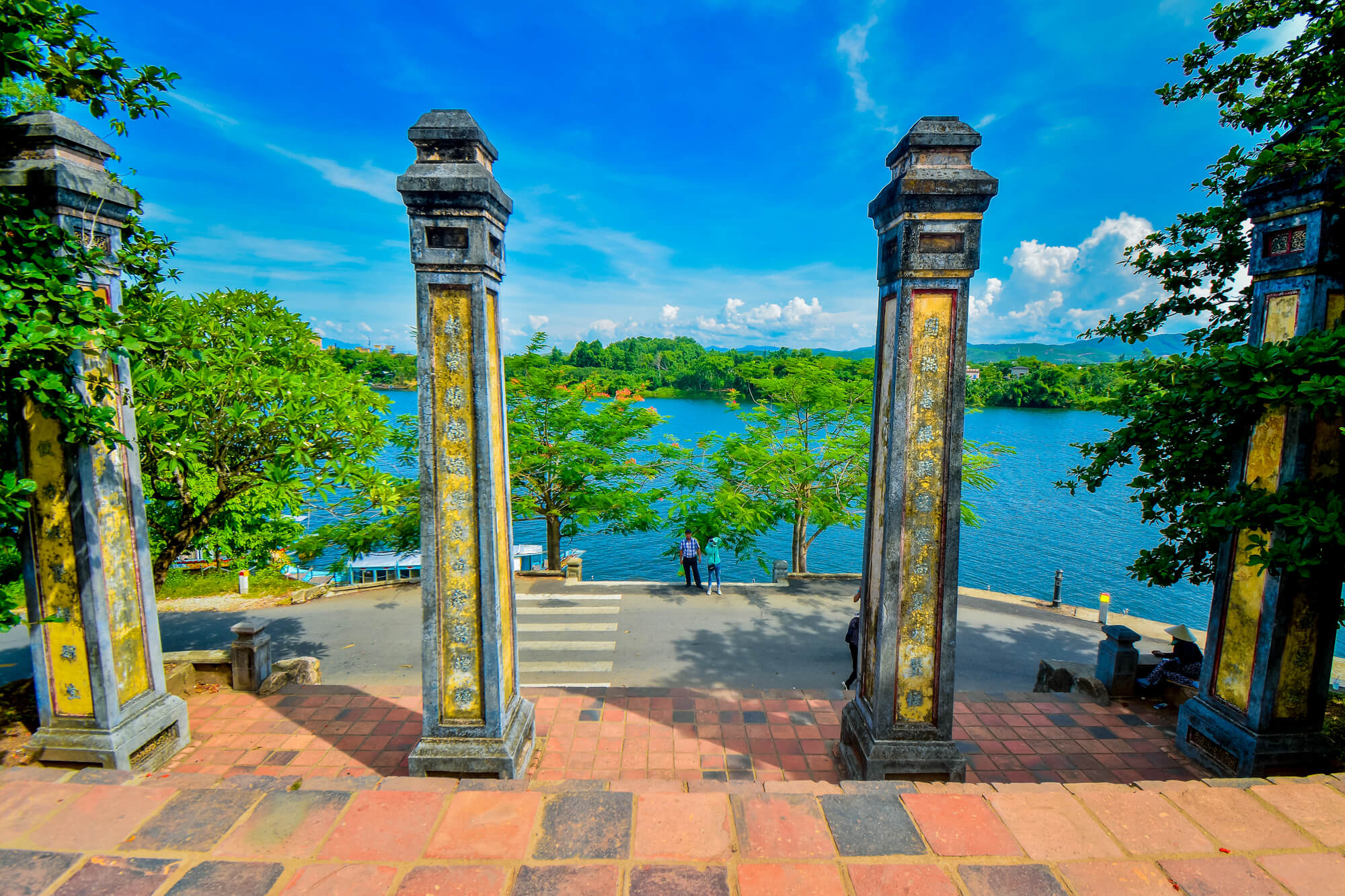 Thien Mu Pagoda is located on the side of Huong River, only 4km away from Hue center. The pagoda asks from tourists nothing but respect, so make sure you are decently dressed to visit such a religious place. Travelers can also enjoy wandering along Huong River after visiting Thien Mu Pagoda by renting bicycles or tourism cruise.