One of the highlights in Da Nang City is the bridge connecting Han River. It not only helps traffic more convenient but also connects trade, creates chances for economic development, being a special feature for the city with new architectures and unique design ideas. Not only that, when the night falls on the Han River, the bridges become more colorful under the colored lights, adding to the charm of a dynamic young city. One of them is Thuan Phuoc Bridge - the longest suspension bridge in Vietnam. 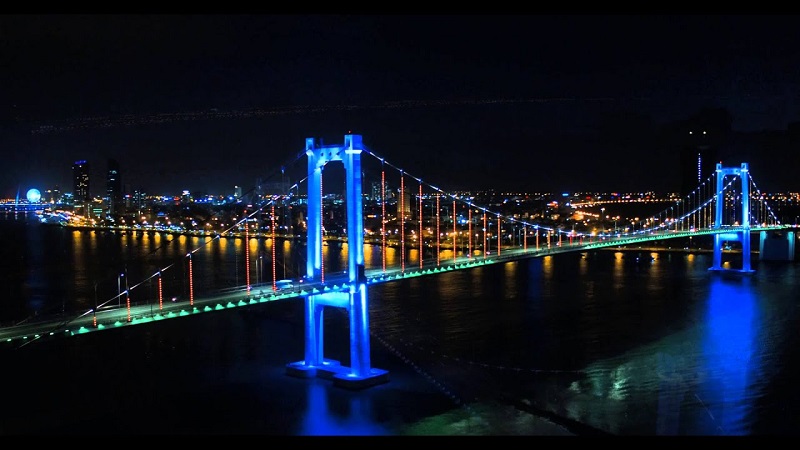 No matter how you look at it, Thuan Phuoc Bridge has a beauty that is both modern and gorgeous. Located in a special position, where the Han River merges into the East Sea, Thuan Phuoc Bridge connects the two coastal roads of Nguyen Tat Thanh and Hoang Sa - Truong Sa forming a continuous traffic system from Hai Van tunnel to Son Tra peninsula, passing Man Quang bridge and connecting with Son Tra - Hoi An tourist route. It completes a transportation and tourism system, develops tourism not only in Da Nang but also for neighboring localities such as Hoi An and Thua Thien - Hue. 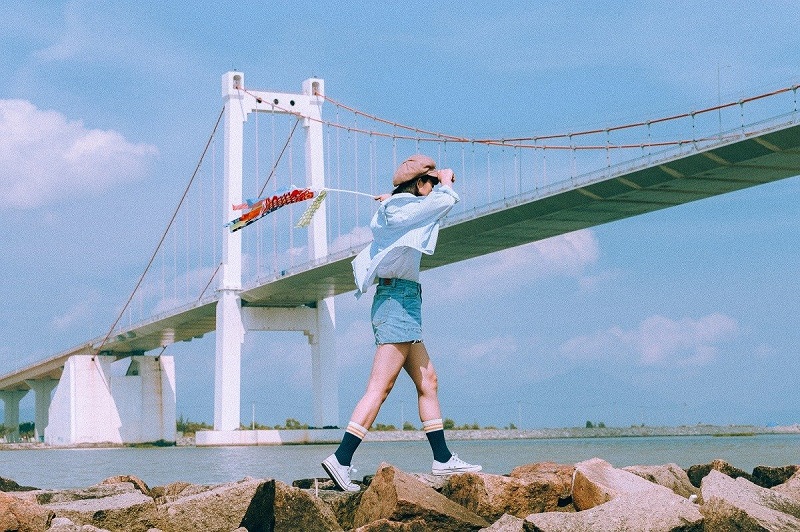 A good place for you to check-in

If the Han River Swing Bridge is the bridge to mark the development of the city, witness the transformation of the area east of the Han River; Dragon Bridge and Tran Thi Ly Bridge with images of dragons and sails reaching out to the sea, expressing the will of Da Nang people, the Thuan Phuoc Bridge with the beauty of elegance, sophistication and striking with shimmering lights between immense water is the pride of Da Nang people.