The village is, in fact, one of the most attractive destinations of Hue. With a long history and its iconic beauty, Thuy Bieu Village attracts many tourists from all over the world for discovering.

If you are too familiar with sight-seeing and historical attractions in Hue, visiting Thuy Bieu Village is definitely a good choice for travelers who seek to explore the city’s culture and people, especially when Hue is also famous for rustic and simple features of old villages. 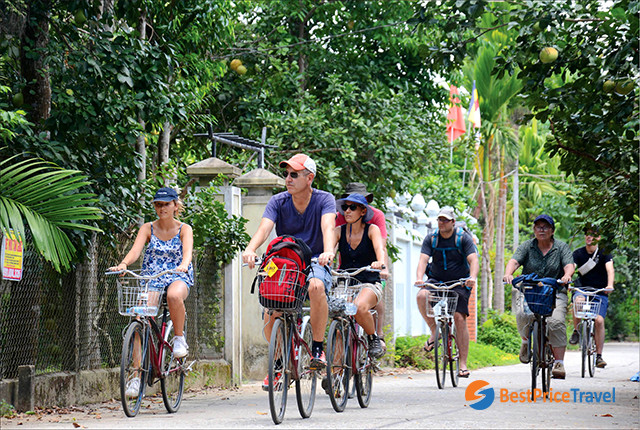 Cycling to explore the local life of Thuy Bieu Village

Located on the right bank of Huong River (Perfume River), the village is about 7km away from Hue center. The village is a combination of Nguyet Bieu village and Luong Quan village. According to Thuy Bieu village’s history, Nguyet Bieu old village was formed in 1559 while Luong Quan village was formed later. With its name meaning “bowl of water”, Thuy Bieu is not only well-known for rustic village views of ancient houses and old gardens, but also has a kind of special pomelo called “Thanh Tra”. The pomelo boasts refined fragrance and green skin, which was so rare and special that only offered to Royal family. Nguyen Dynasty historical documents over 200 years ago recorded that Thanh Tra was on the list as famous fruits of the land, which manage to maintain to be at favorite position in Vietnamese people’s heart until now. 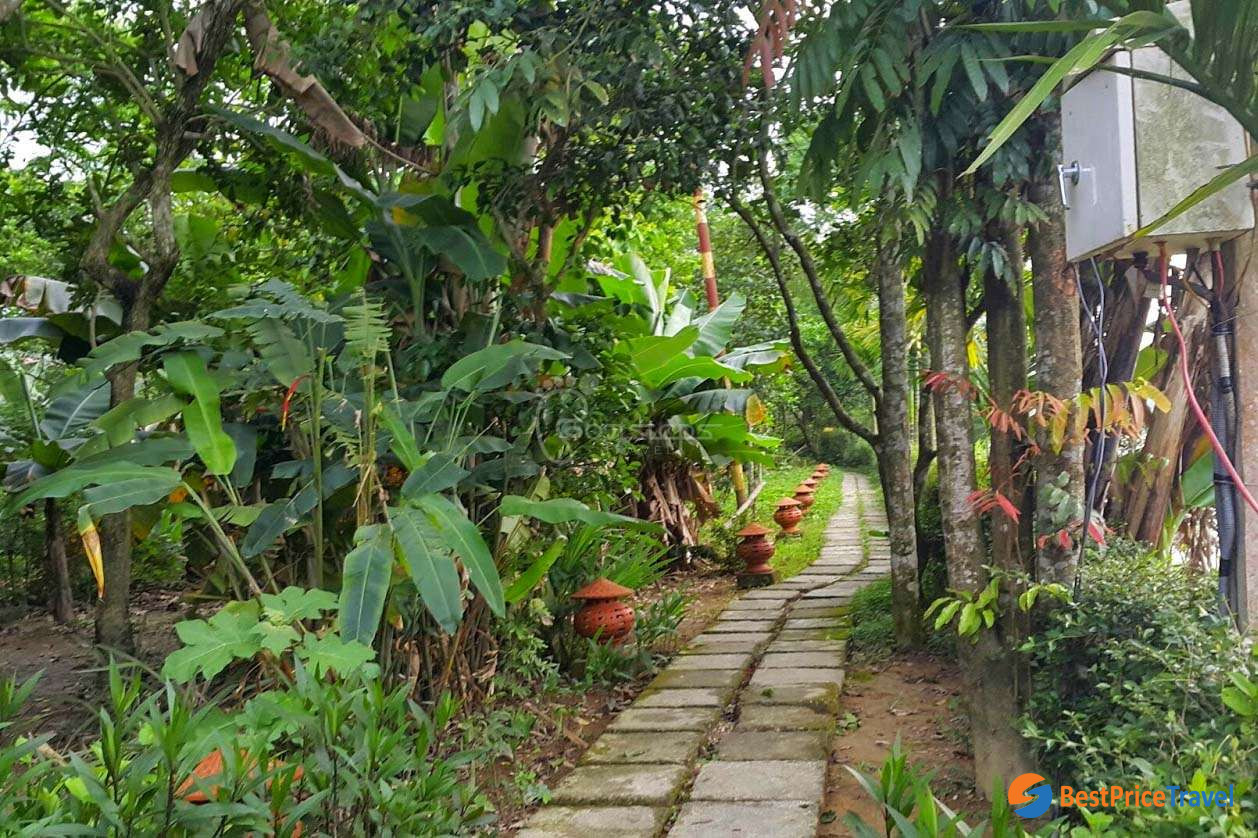 Regardless of years passing by, Thuy Bieu Village still can managee to keep almost its initial appearance with inside and outsside wall, stand, stone steps and entrance gate. Wandering around the old village, visitors would be satisfied enjoying both natural beauty, ancient impression and great season fruits. Another special feature of the ancient village is its hundred-year-old hall, which looks like a kind of building without partition. The hall is made from tons of wooden shape-carved pillars, which contains many cutural values. An outstanding hall construction of Thuy Bieu Village is Luong Quan hall, with traditional architecture, 3 compartments and 2 precious objects from Mac – Le Dynasty. Visitors may also be interesyed in Tiger Fighting Arena and Elephant Temple, which has aged 183 years old.

Beside the outside views, Ruong house in Thuy Bieu Village is also unique, which actually features Hue’s traditional old houses. Constructed by wood with many pillars, trusses, seasame and no wall, Ruong houses are mostly more than a hundred years old. Locals explain that the house is designed with tile parquet with 2 layers overlap in order to stay cool in summer but still keep warmth in winter. 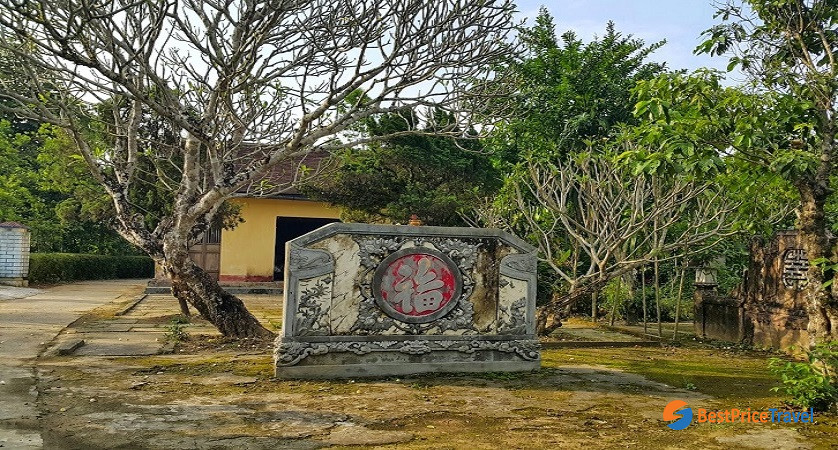 It is recommended for travelers to take a bike trip wandering around the whole village to feel the fresh air and beautiful green atmostphere. There are many full itinerary depart cycling tour from city center to Thuy Bieu village via southern bank of Huong river. These kinds of tour let tourists to stop at most special spots of the village and also let you take part in making Banh nam and Banh loc – Hue speciality cakes, with locals’ instruction. Sounds like a steal deal of fun, doesn’t it?