Truong Tien Bridge has connected two riverbanks of Huong River for over 100 years. It is known as the symbol of Hue.

Truong Tien Bridge (or Trang Tien Bridge) has stood by Hue’s people side and seen all ups and downs of history and ancient capital. Truong Tien Bridge has many different names: Thanh Thai (name of the King of Nguyen Dynasty), Clémenceau (French Prime Minister’s name), Nguyen Hoang (The Nguyen lord). It was designed and built by Eiffel (is known for the Eiffel Tower in Paris) in 1897. Truong Tien Bridge was completed in 1899. It is the first bridge that connects two Huong riverbanks. Truong Tien Bridge is 402.60m in length, 5.40m in width and the structure has 6 haft moon girders made of steel. 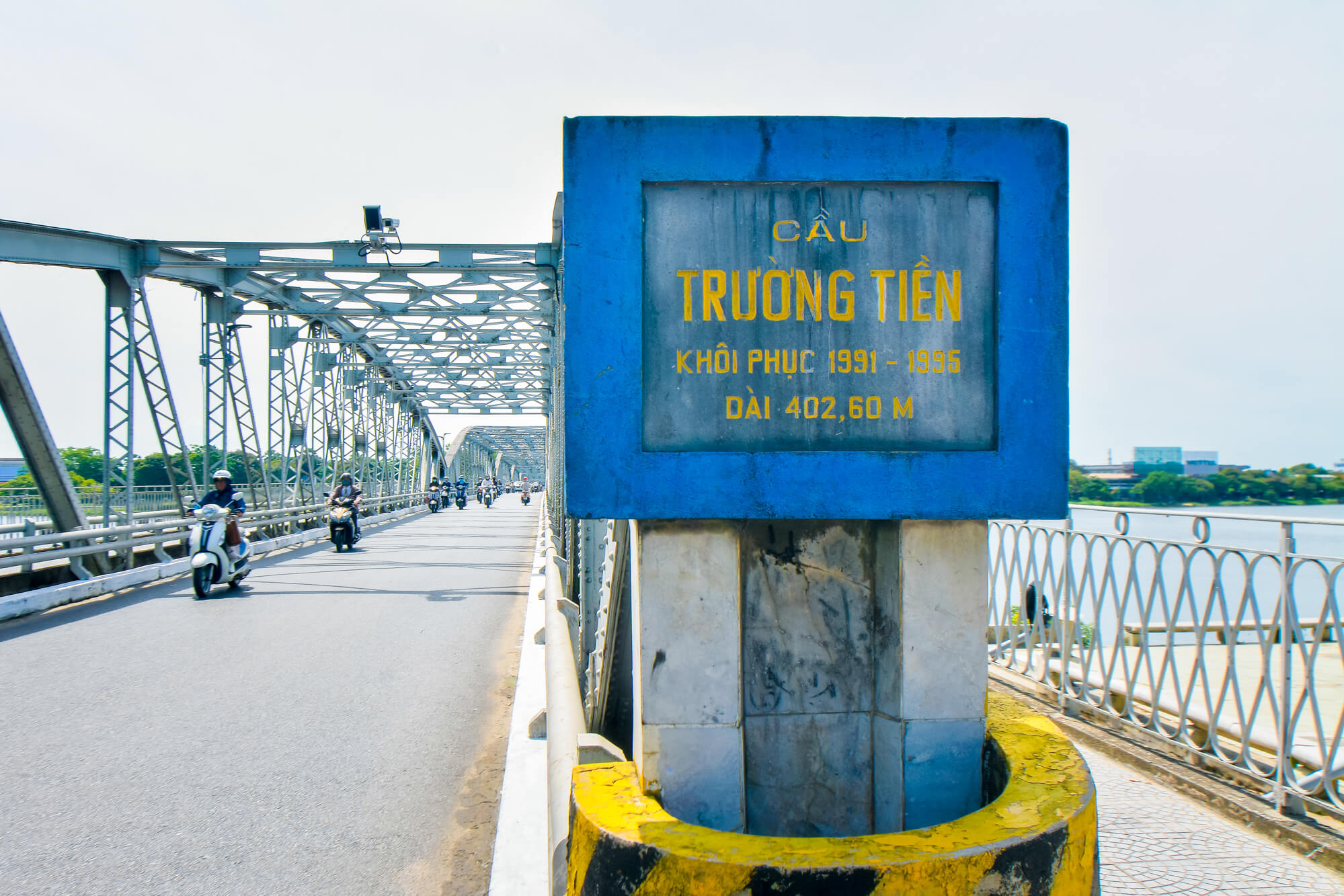 Hue’s people have seen this bridge collapsing into the Huong River 3 times since 1899. The storm damaged this bridge in 1904, it was repaired and changed the surface from wood to reinforced concrete in 1906. In 1946, a part of the bridge collapsed into the Huong River because of Vietnam - France war and was repaired in 1953. Truong Tien Bridge was damaged by war again in 1968 and it was only repaired until 1991 when Vietnam gained independence. In this restoration, the bridge was narrowed, removed the balconies and the color was changed from metallic color to gray. 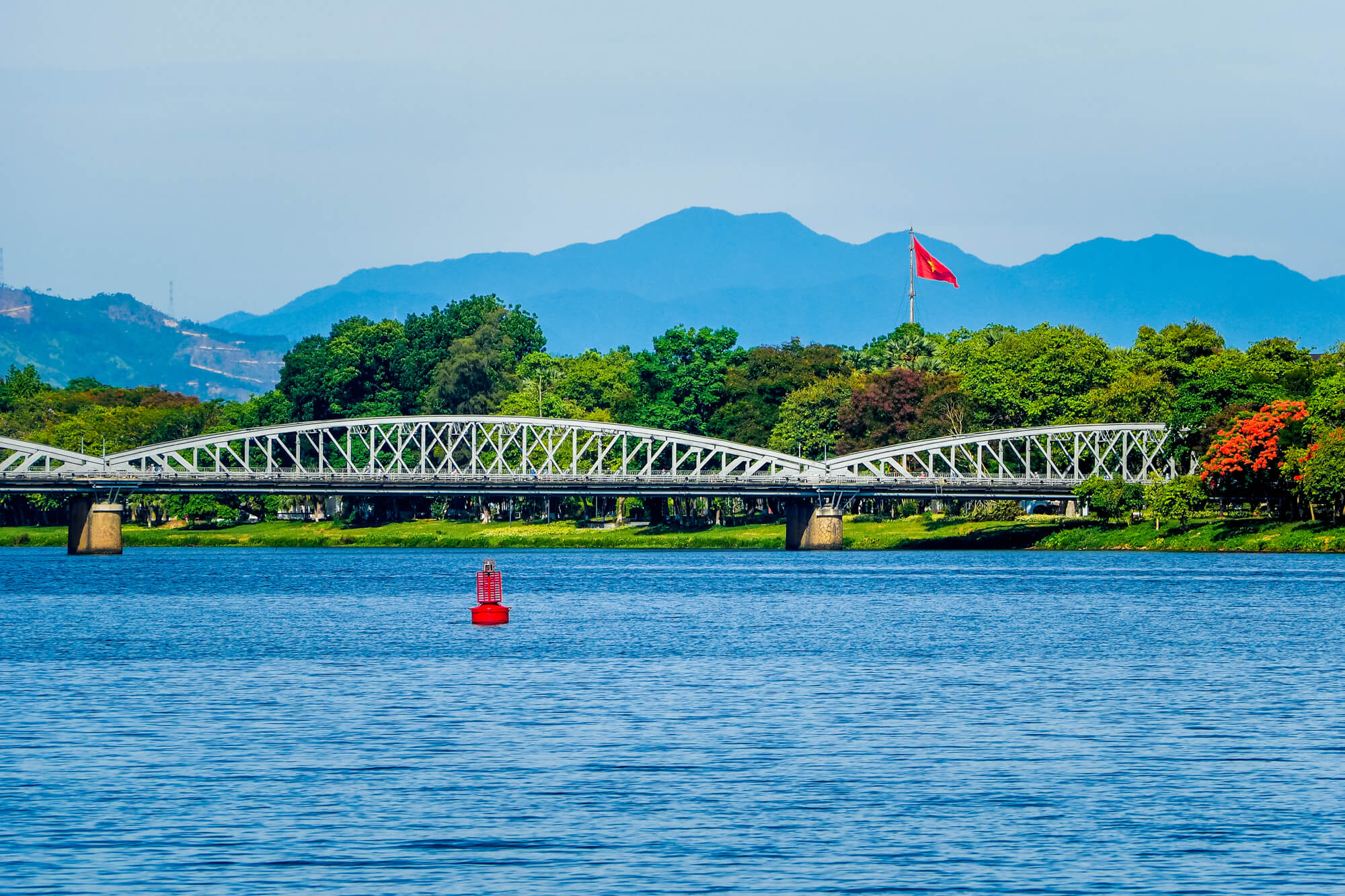 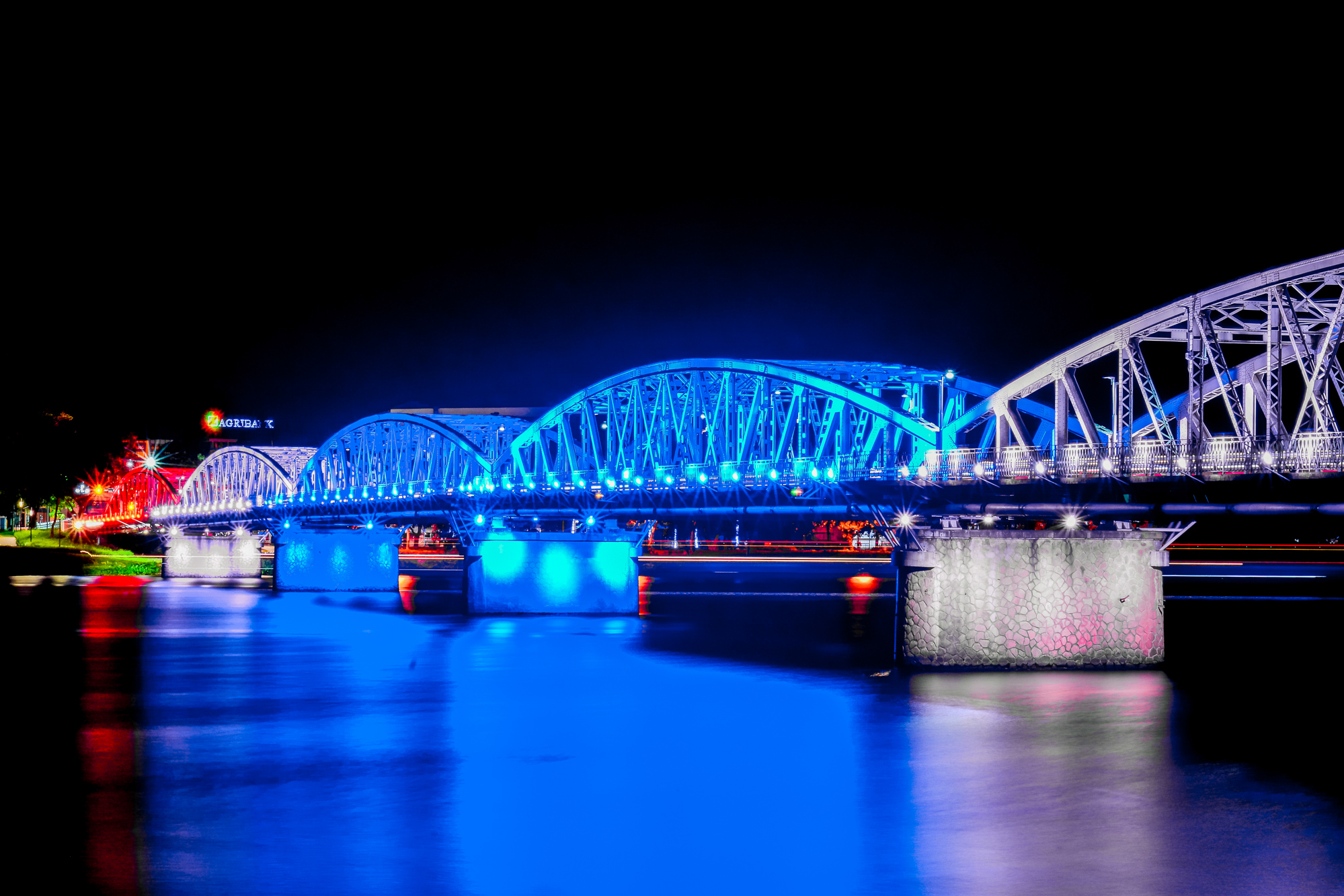 Many tour agents have visiting Truong Tien Bridge in their Hue tour schedule so if you bad at finding the way, you can buy a tour from agents. In another way, you can hire a bike to go there if you stay near there.