Tuan Chau Island is a perfect location for slow pace travelers who enjoy nature and peacefulness. The island still keeps their natural beauty that Mother Nature originally give, it doesn’t have the hustling and bustling of crowded cities, the gorgeous island will separate you from the rest of the packed urban area.

Where is Tuan Chau Island?

To travel from Hanoi to Ha Long Bay the trip will take you about 2.5 hours, 160km road on the Ha Noi - Hai Phong highway, you can either take a bus, rent a limousine or go on your own! The first thing you will see when you come to Bai Chay, Ha Long Bay would be the charming bay itself, and hidden beneath of it, there goes the brightest pearl in Northern Vietnam – Tuan Chau Island. The island is located in the northwest of Ha Long Bay, 8km south-west of Ha Long city, Quang Ninh province. To get there, you shall pass a 2km long bridge which connects the city to the island, it’s going to be a short road to reach Tuan Chau, you can either travel there by bike or even have a little trekking there from Bai Chay beach! 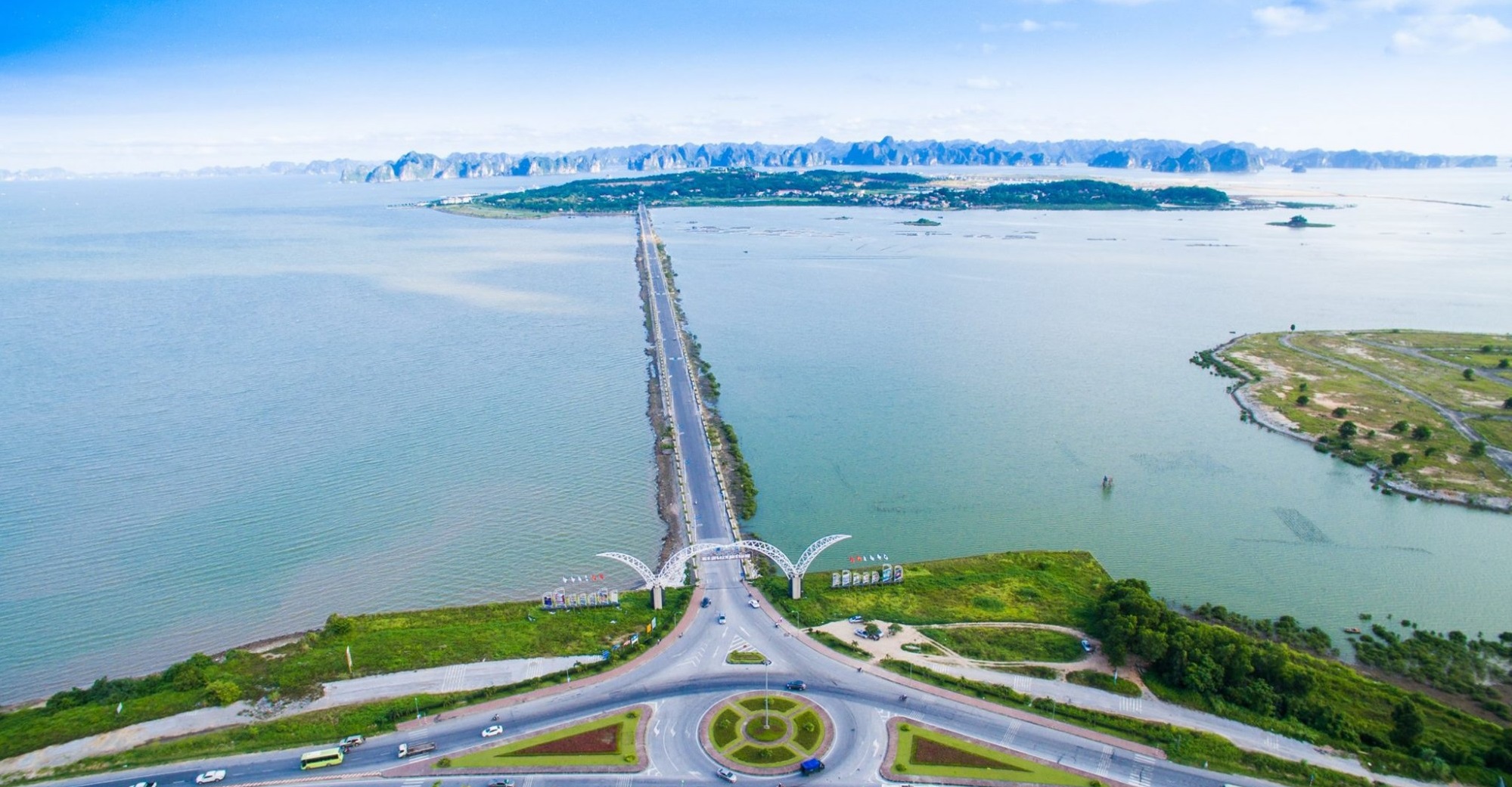 As well as approaching white and sandy beaches, unspoiled nature, and multiple sloping hills, you are also seeing a historical landmark in Vietnam! Tuan Chau used to be a guarded island due to its strategic position during the Vietnam War, it was one of the crucial outposts to defend the Vietnam border. The name Tuan Chau itself is related to the war, Tuan means patrol, and Chau in Tri Chau means district guard. President Ho Chi Minh once went there for vacation, the house in which he stayed is now a memorial site! The Island also has many archaeological pieces of evidence, remains from the occupants that used to live here from 3500-5000 years ago. 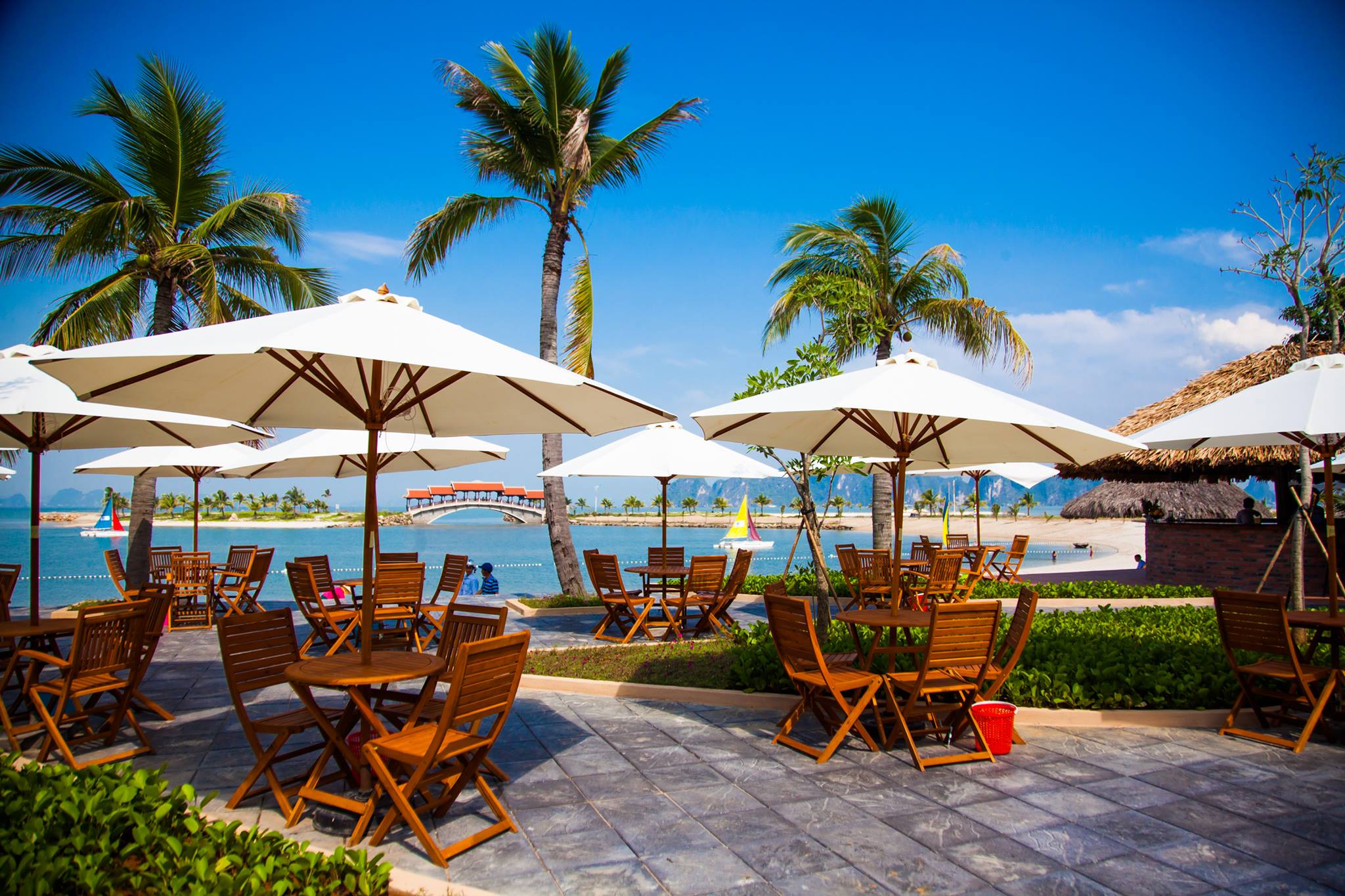 The best time to visit

For you who may not know, Tuan Chau has four separate seasons each year, each and every season are unique and exciting for you to come. The winter may be rough for the first-time traveler, but as a near-tropical country, it won’t be so cold for you to have a good time, the bright side of going to Tuan Chau in winter is it won’t be much tourism going around, the hotels and cruises still go on as usual, so if you are a slow pace traveler, you prefer to enjoy nature the quiet way without anyone around to disturb you, winter might be your best choice!

But for the rest of the seasons, it will be paradise on Earth! Blazing summer with bright blue sky, emerald sea, sandy beaches will make you fall in love! Go swimming or sailing, get blasted by big waves, or discovering caves across Ha Long Bay, there are so many things that you can do when you are in the summer at Tuan Chau Island. All things considered, between early May and the beginning of October is the best time to visit Tuan Chau Island.

Where and what to eat?

Last but not least, where and what to eat in Tuan Chau? That’s another thing you shouldn’t be worried about when you are at this paradise of a place, Quang Ninh in general and Tuan Chau, Ha Long specifically has so many one-of-a-kind dishes that you just can’t find anywhere else other than in Ha Long!

First thing first, seafood is the most popular thing you can find there, not only fish and shrimp but also other creatures in the deep ocean. For example, the horseshoe crab, a living fossil that still keeps its original look from 200 million years ago! 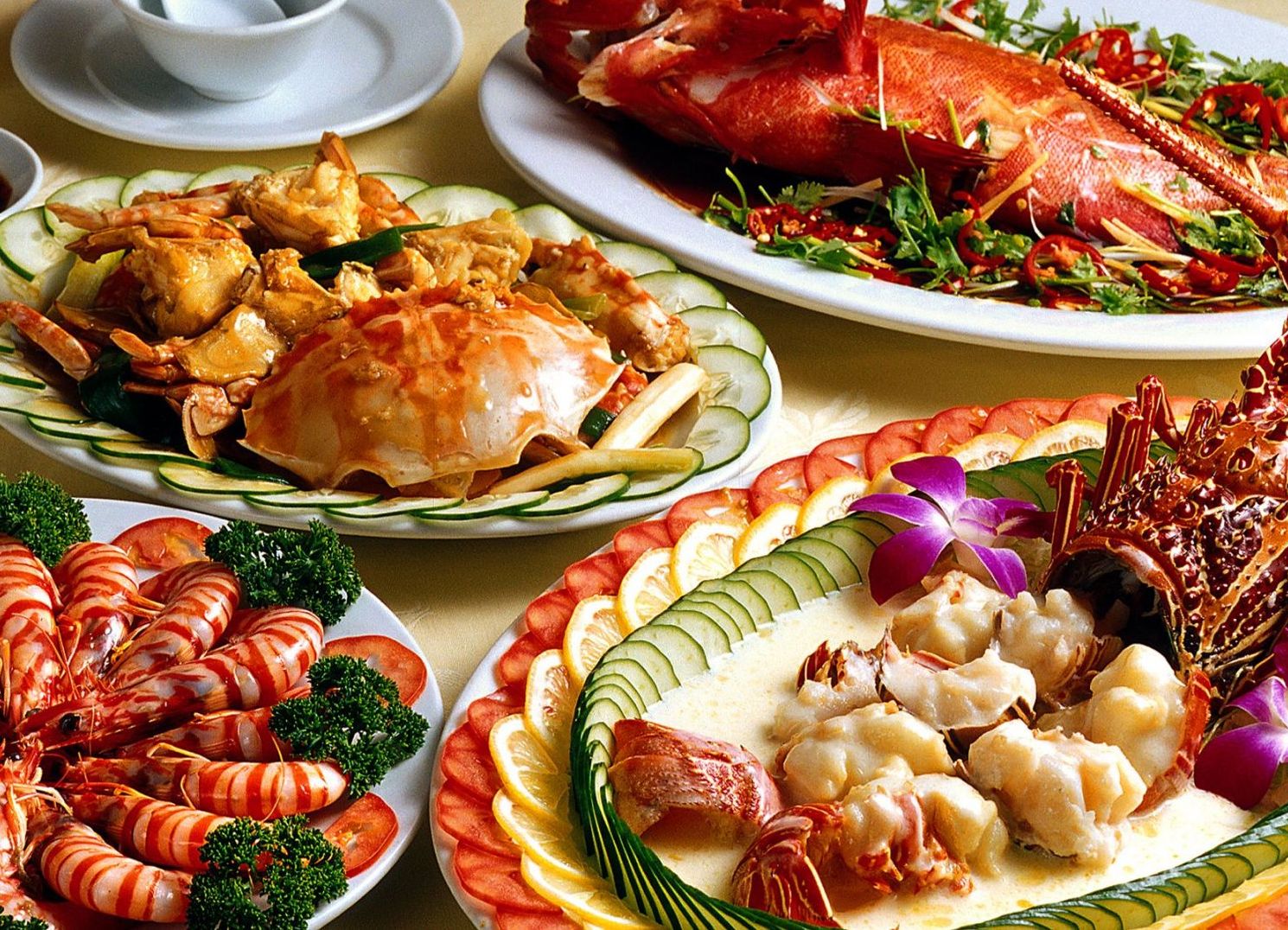 Seafood is best to taste in Tuan Chau

There are also many other seafood dishes that you can find there, most food will be served directly in your hotel or on your cruise, they’ll offer a full menu you have never seen before. And if you don’t know anything, Quang Ninh people are amiable and always willing to help you out.

The thing you might wonder, where to stay for a vacation there? It is the least you could worry about while being there, Tuan Chau Island has a huge range of hotel and resorts from three to five stars everywhere across the seaside. It is a mix of charming, modern, and tried and true! Don’t want to stay in one place for the whole trip?

Then a variety of cruises is for you! Spend a night on a cruise across the gorgeous Ha Long Bay, sightseeing a living paradise for the whole time you stay at Tuan Chau and fall asleep as the beautiful stars above you start to shine. Tuan Chau Island also offers many top-tier cruises that you may want, be served as a VIP while enjoying one of the most beautiful natural wonders in the world.