U Bein's Bridge is spanning in the width of the Taungthaman Lake. This winding which has 1.2 kilometre marvel long is 200 years olds. However, U Bein Bridge is still sturdy, in particular, a testament to the strength of the teak used in its construction. Pictures of monks crossing this bridge are almost a stock image of a visitor to Myanmar.

The best time to visit U Bein Bridge is around sunset when the setting sun frames the bridge and the trees that stand in the lake. This U Bein Bridge links the village of that name: Amarapura- the old and ancient capital of Myanmat. It was built between 1849 and 1851 by King Bagan, and at 1.2 kilometers. Until these days, this bridge is the longest teak bridge in the world. 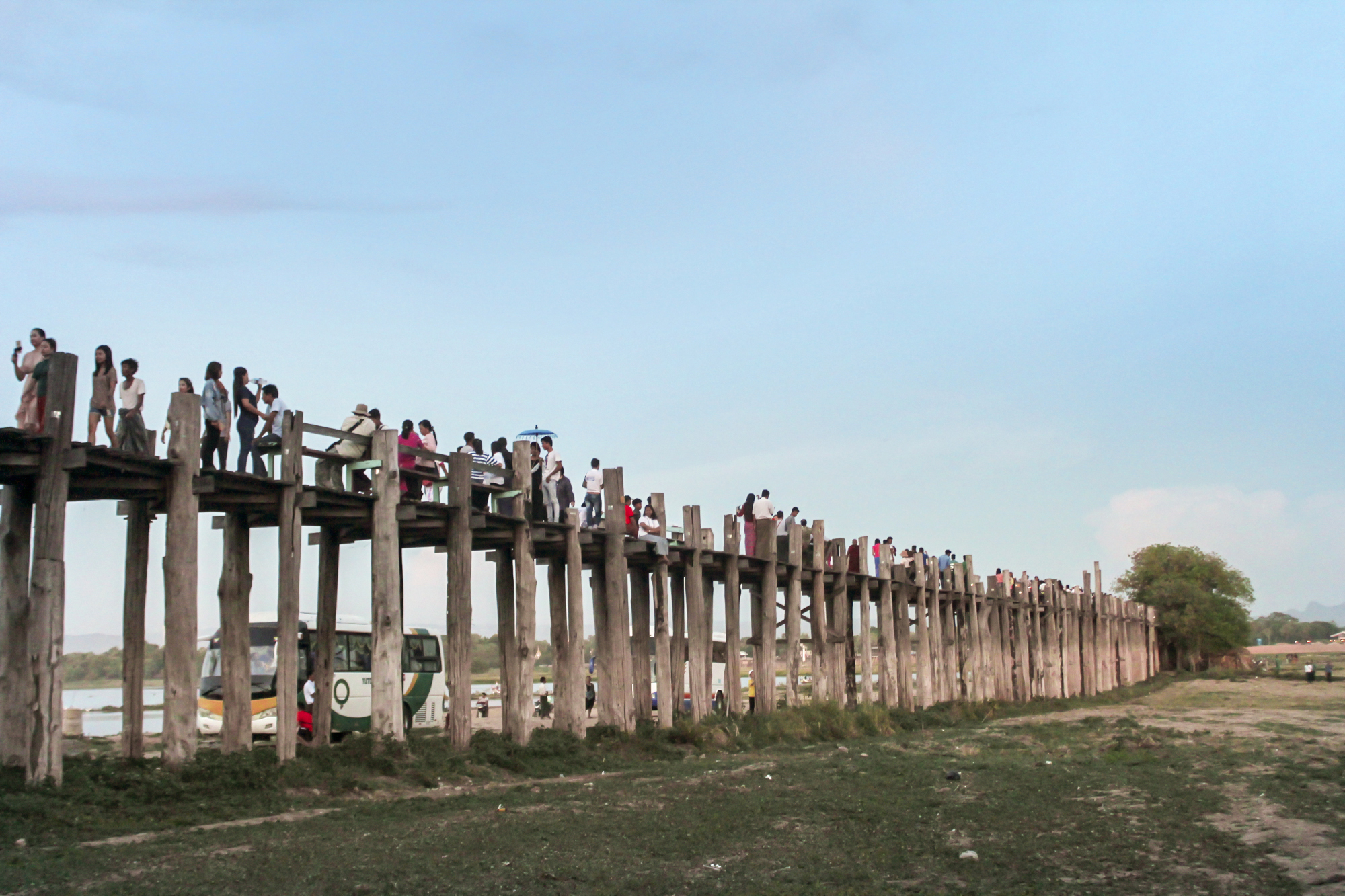 Early in the morning and late in the evening is the most crowded time with visitors, and, it provides a popular atmosphere image for photographers.
Most tourists come at sunset for the orange glow which gradually engulfs the bridge and silhouettes those upon it. Pavilions and benches offer Myanmar travel visitors the chance to rest and give the local inhabitants an opportunity to sit and exchange information. 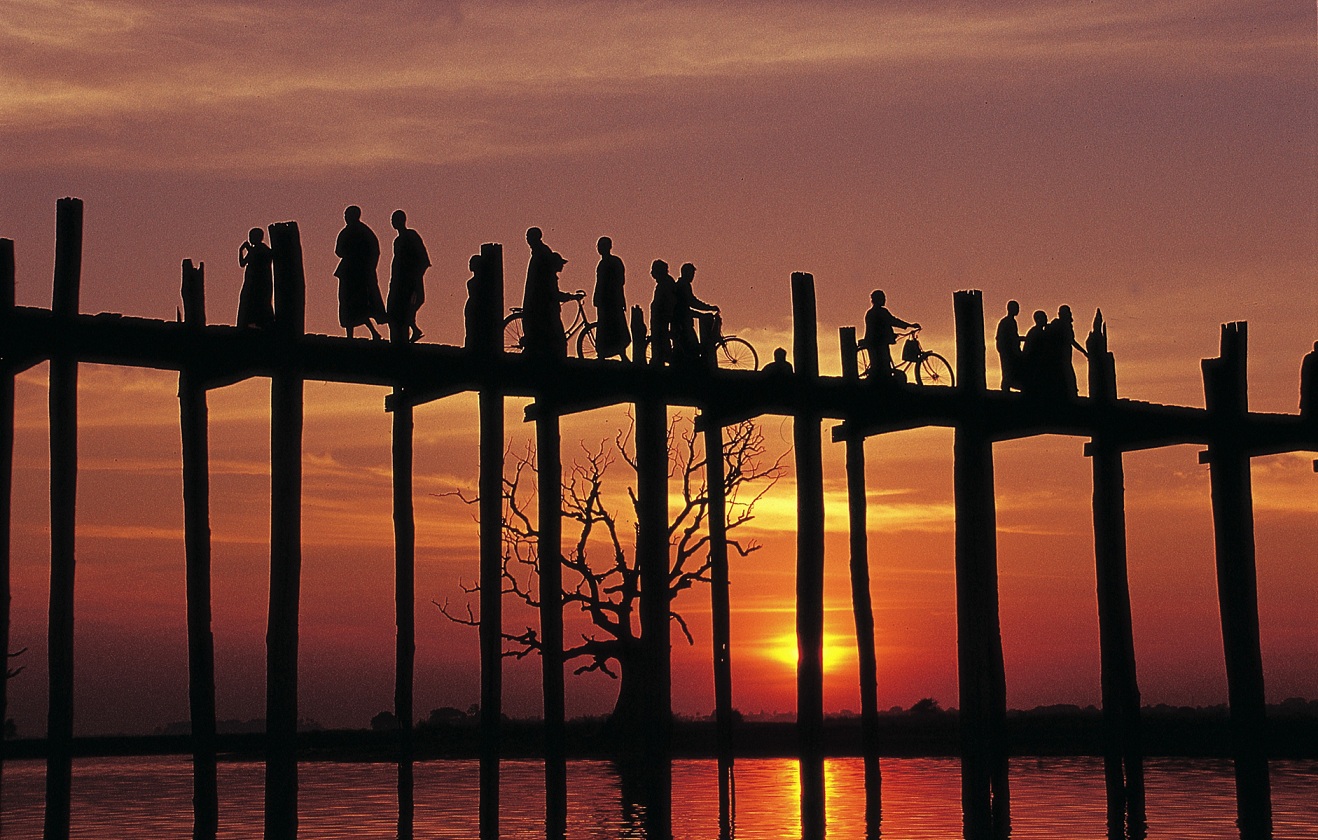 The ageing teak wood was once part of the Royal Palace. Nevertheless, it was turned into a bridge by the mayor, U Bein. They were columns which were no longer needed so they found a new home, helping the common people across Taungthaman Lake.

At 1.2 kilometres, this is the oldest teak bridge in the world. And it’s an impressive structure. While many tourists come to take some photographs of the bridge and the sunset since it’s got to be one of the most snapped places in Myanmar, it was the people who I found most enchanting.

Despite its increasing status as a tourist location, the U Bein Teak Bridge is an important and practical part of the daily movements for people who live in this area. And as the sun slowly drifts towards the horizon over the watery fields around, the residents of Amarapura use it to head home from their day’s activities.