War Remnants Museum is one of the cultural tourism spots attracting a large number of tourists to the city, especially international tourists. It is one of the top 10 Vietnamese museums attracting most tourists. The museum is a shocking reminder of the long and brutal Vietnam War.  Visiting the museum, tourists have the chance to learn realistically about brutal effects of war on its civilian victims and the crimes of Western army during the war. So do not miss the below article with interesting information about the museum.

Where is War Remnants Museum Ho Chi Minh and how to get there?

What to see at Ho Chi Minh War Remnants Museum

War Remnants Museum is also one of few museums in Vietnam retaining the largest number of artifacts. It is home to more than 20,000 documents, exhibits, and films, in which more than 1,500 documentaries, and artifacts  have been applied to introduce in 8 thematic exhibition frequently...  It is devided into outdoor and indoor exhibition. Outdoor exhibition is to display the artifacts in a large size.

After the gate of the War Remnants Museumm, there are many large weapon used by the US Amry such as helicopters, airplanes, tanks displayed in the yard. You can also see many other kinds of weapons like rockets, bombs, mines being exhibited here

Keep traveling to the small entrance, you will see Tiger Cages, a replicate of the real Tiger Cages in Con Dao island. The cages are used as a form of torture political prisoners. The exhibit of the Tiger Cages here gives a confrontational glimpse of sinister acts and war crimes against humanity. 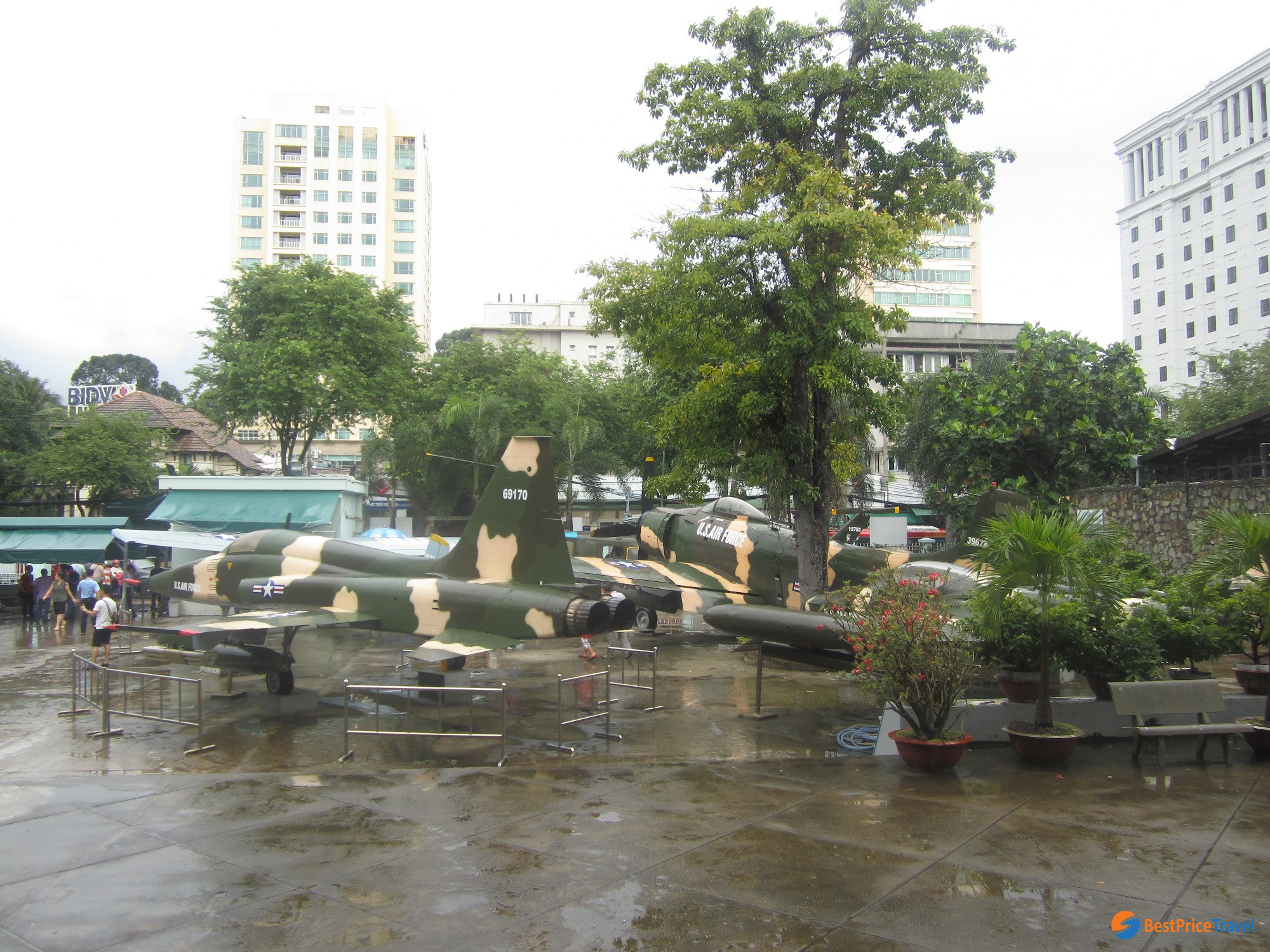 If you come from the front door, you will see the left area dedicated to Agent Orange infected victims. There you can buy handcraft made from them such as keychains, lamps, sculptures, musical instruments.

Keep walking, tourists can see temporay exhibitions about Vietnam history and culture. The topic of the exhibition can change from week to week, but they mostly focus on Vietnam War.

On the ground, you can also see the permanent exhibition, which is called "The World Supports Vietnam in its Resistance". This exhibition talks about how countries around the world rallied against the French colonisation of Vietnam and the American intervention in Vietnam.

On this floor, you can see two galleries called "Agent Orange Aftermath", and "Aggression War Crimes". You will get to know more about the severe impacts of this chemical substance on human health and even see human remains affected by Agent Orange.. During the war, from 1961 to 1971, more than 100 million liters of chemical poison was sprayed. Almost Vietnam land were poisoned, 4.8 million Vietnamese people were affeccted. 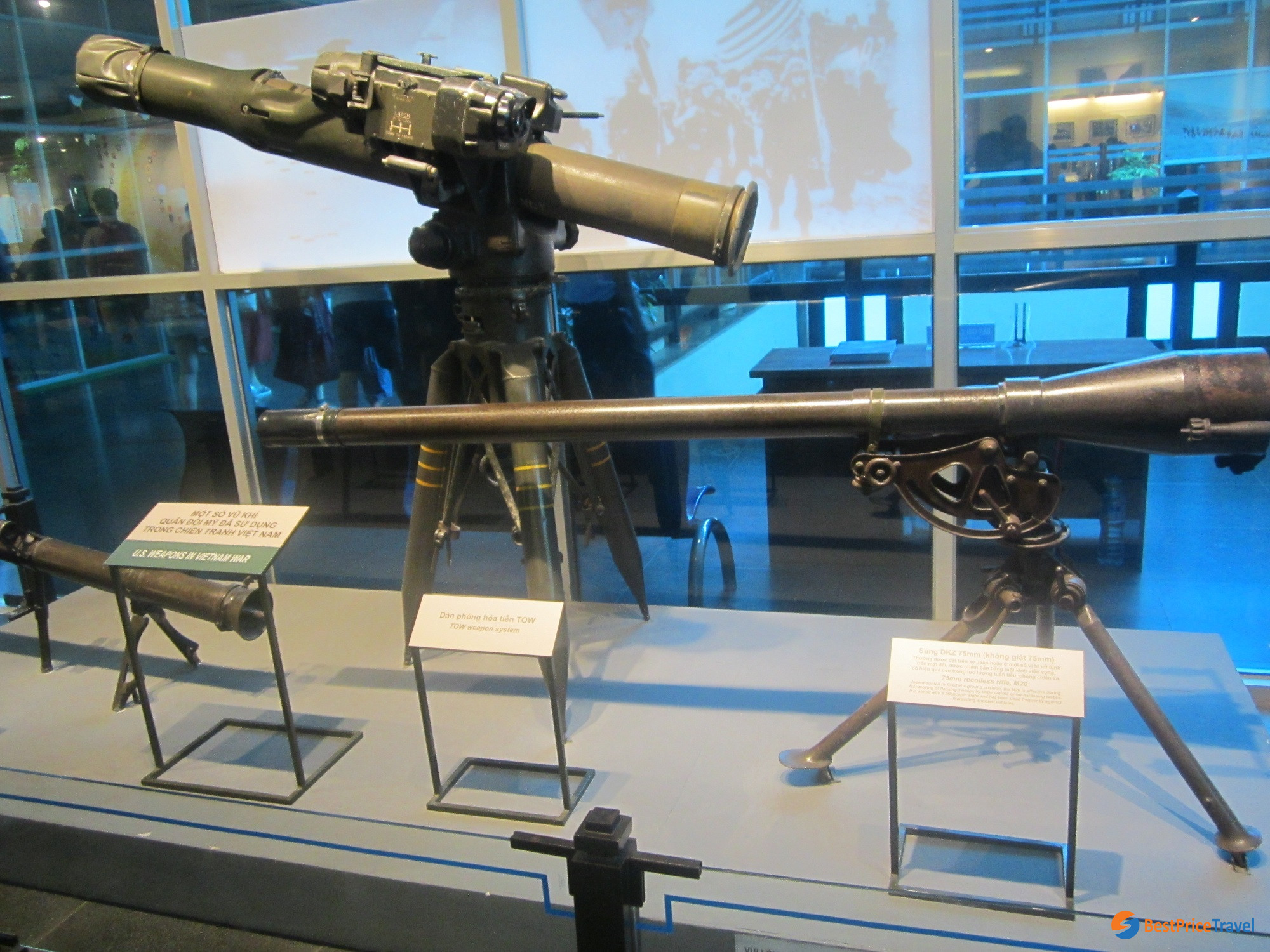 On the second floor, you can see two galleries called " Vietnam War and Peace", and "Historica Truths". There are a lot of pictures that can cause shock like destroyed forest by chemical, and many other devasting consequences caused by war.

The War Remnats Museum welcomes more than 500.000 tourists every year. Besides the regular exhibitions, the museum organizes a lot of activities diverse themes such as culture, cuisine… You can try casual dishes in the wartime such as cassava, rice warmly wrapped, "banh tet" (earth cakes), sesame or join the cultural program on the theme of love in the war. Remnants Museum is not only simply a museum but also the bridge connecting the past and the present, those who are enemies on two fronts to become friends of each other in the empathy and sharing.