Far about 15km north from central Battambang, Wat Ek Phnom is another ruins following the concept of Angkor temples. It is a prominent temple located next to a large lake and behind has a 28 meters high Buddha statue. There are the bridges running through the river, small and peaceful villages surrounding and the roads lead to temples.

According to archaeologists, Wat Ek Phnom was built in the 11th century during the Bayon period (the reign of King Sorayak Varman II). Because of the influence of looting and war, there were only a few Buddha statues, sculptures and ruined wall around. This is an important place to help visitors discover a truly forgotten temple when traveling to Cambodia. 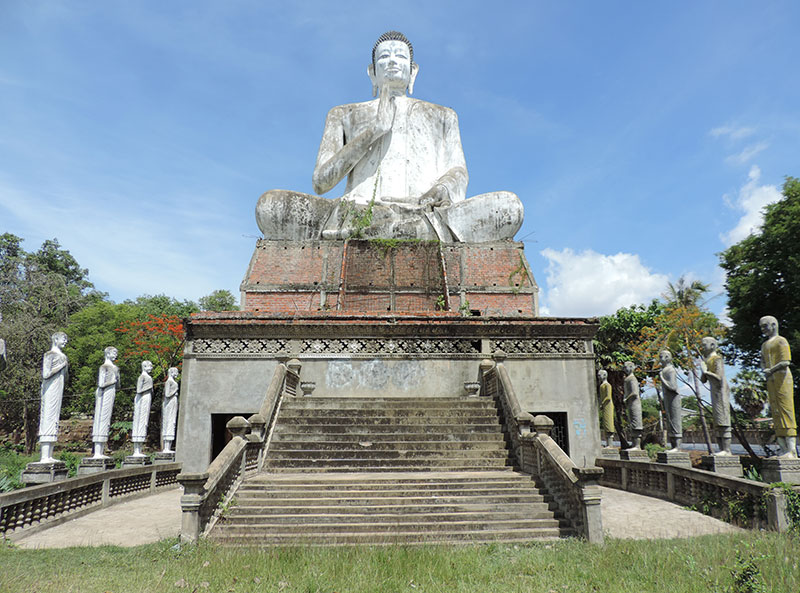 At present, there are still some sitting Buddha images intact higher up on the walls, especially the largest Buddha statue is high 28 meters. On the inside is a carving of a tug-of-war with participants tugging away on a serpent. The participants on the left have lost their heads to looters (they lost face), with the guys on the right still having their heads intact.

The temple is also the center of holiday festivities for the people of the nearby village.  They dress up in their Sunday best and have a celebration between the old and the new temples and climb all around the ruins with their families. In addition, this is a popular destination for Khmers as well as a pilgrimage place for women hoping to conceive. 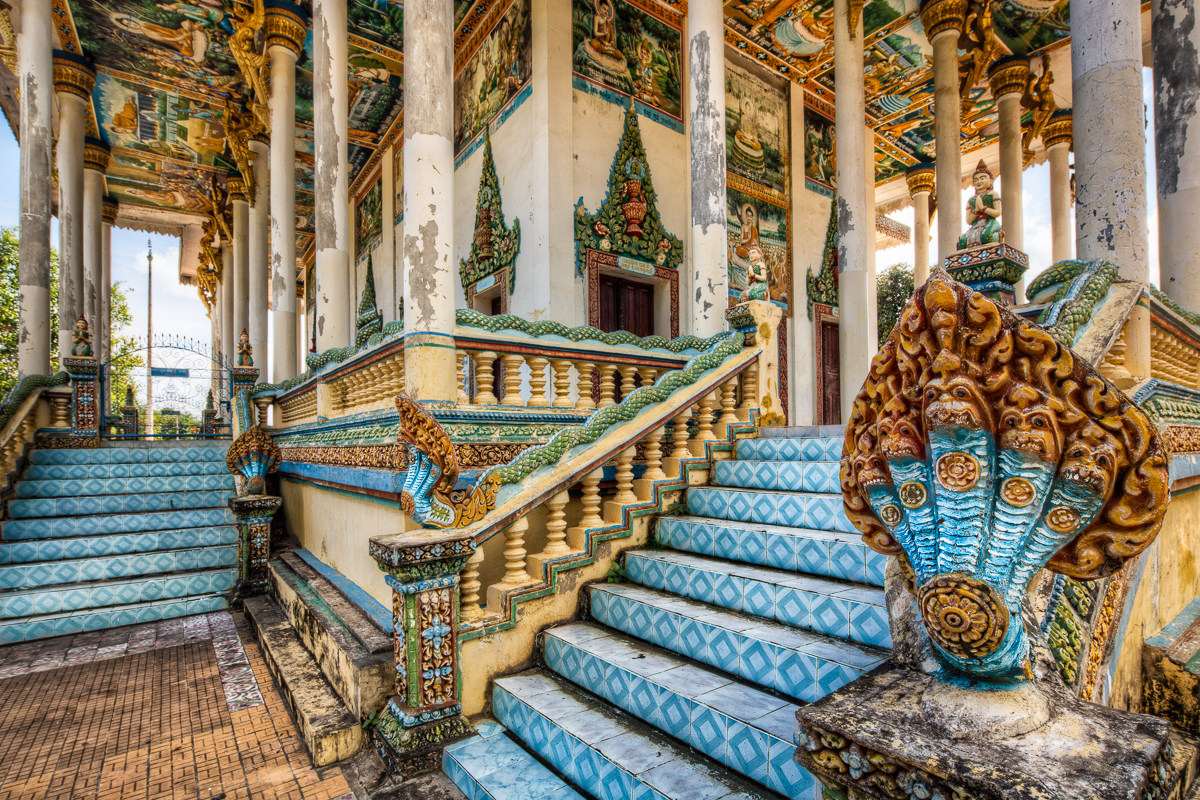 The Naga Of Wat Ek Phnom

Ek Phnom is also easy to get to-just head north on the River Road (Road 1) a bit over 10 km (the road north of the Cobra Bridge snakes around a bit, but goes back to the river). As you are getting close to the temple, you will pass over a small concrete bridge. The road beyond will veer off to the right, but the modern temple is there to the left. Enter the new temple grounds and the ruins are located to the rear. Again, a round-trip moto-taxi is about 120 baht from Battambang.