Yeay Peau (also spelled Yeay Pow) is a unique ancient temple built of sandstone, located just 100 meters away from Ta Prohm. It was said to have been named after Prohm's mother, Peau, according to a legend or a female protecting spirit. Like its nearby temple, this sanctuary was built by Jayavarman VII, the great "builder-king" of the 12th century and architect of Angkor Thom. 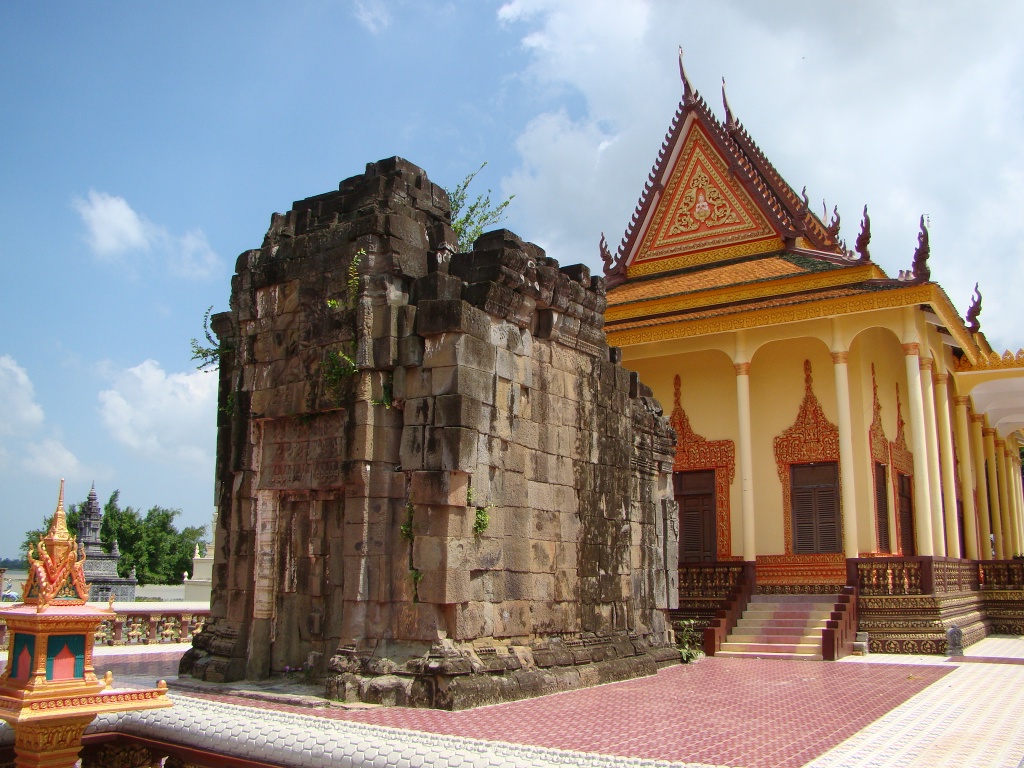 Old remnant from the Yeay Peau temple and a new temple behind it. Source: abjourney.com

The small structure is now integrated into a modern pagoda. The entrance faces east, and there are a couple of psychedelic sculptures and carvings. At present, the site serves as a Hindu temple. Compared to the nearby temple of Ta Prohm, Yeay Peau Cambodia was built earlier by a century. The upper part of the temple has collapsed, and it is assumed that the temple was initially about 15 meters high, but today only 7 meters. 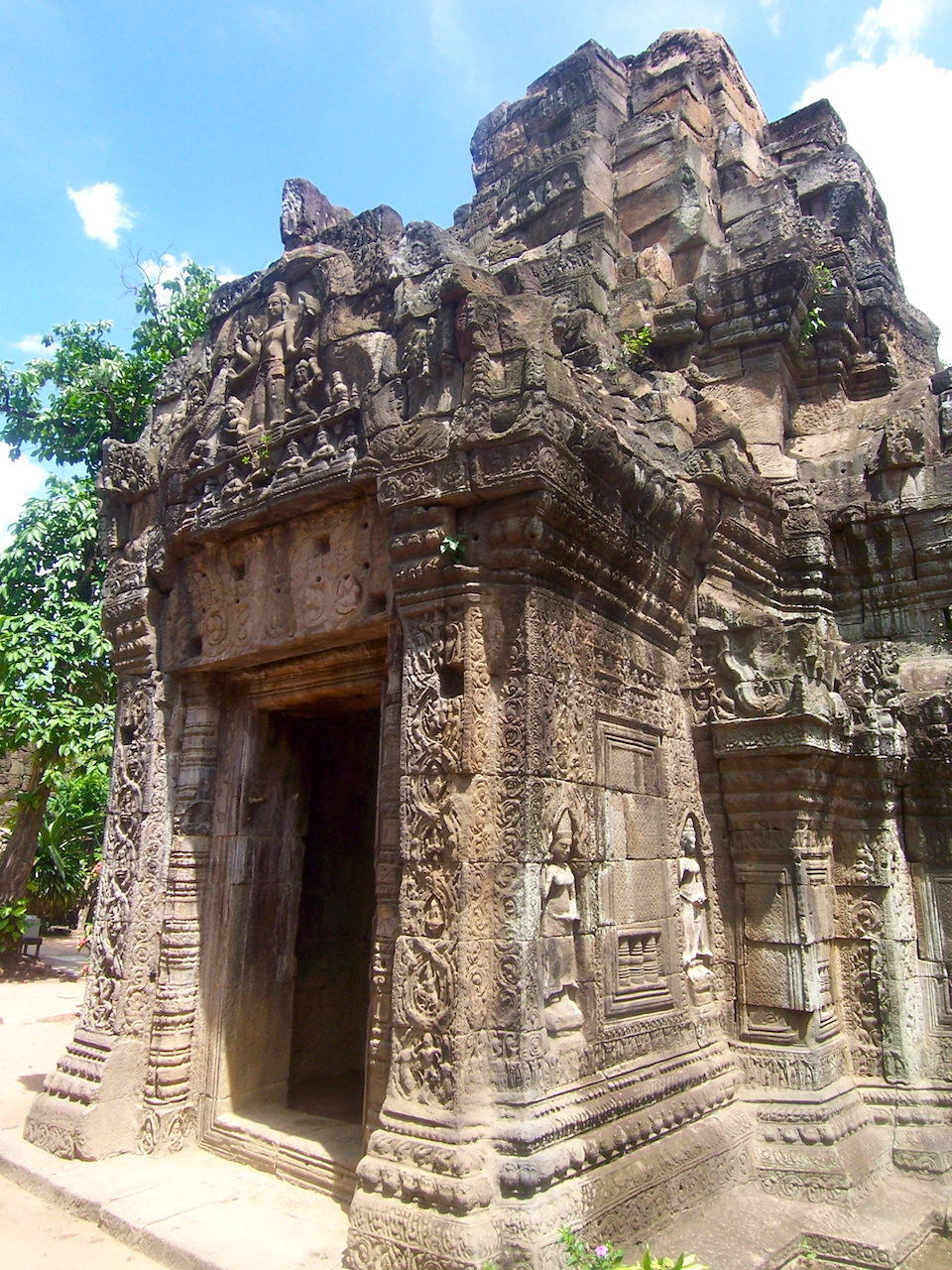 Foreign tourists usually overlook Takeo province, but it is highly rated by locals who travel on the weekend to visit many temples and natural attractions. Yeay Peau temple rewards visitors with the view to the serene and scenic Tonle Bati Lake, a picturesque weekend destination. Yeay Peau temple, with its tranquil surroundings of ancient temples and peaceful scenery, is a worthwhile visit for tourists who want to escape from the hustle and bustle of the city.

Yeay Peau temple is open to visitors from 7 A.M. to 6 P.M. From Ta Prohm, you can get to Yeay Peau by walking or riding on a tuk-tuk for just a few minutes. It is 32 kilometers away from Phnom Penh, through National Road 2. Phnom Penh City Bus departs for Takeo every hour, and then you can get on a taxi to get to the site. Alternatively, you can take a taxi directly from Phnom Penh for a faster trip.

Tip: Yeay Peau Cambodia is not as touristic as the other Angkor temples, so you should not expect to find food stalls or local people selling souvenirs here. However, there are plenty of wind-down activities on the Tonle Bati Lake, not too far from Yeay Peau temple, such as boating or renting a hut.