One among of outstanding things to foreigners is architecture that reflects a part of Vietnamese culture. Although Vietnam architecture was influenced by Chinese and Western styles due to the colonial time but we also created our unique architecture. And after wars, the refinement of Vietnamese architecture continues to be well presented in Hanoi Old Quarter, Vietnam ethnic stilt houses and myriad of temples and pagodas, communal houses, ancient villages across the country.

Located in the Indochina Peninsula, Vietnamand its building fabric are tied to the country’s hilly and densely forested landscape. The diverse topography between the northern highlands and southern lowlands lead to a varied climate, where architecture had to meet different thermal and humid conditions. Constructed amidst basalt plateaus, continuous coastlines and the Red River Delta, Vietnamese architecture adopted a nimble and adaptable nature. 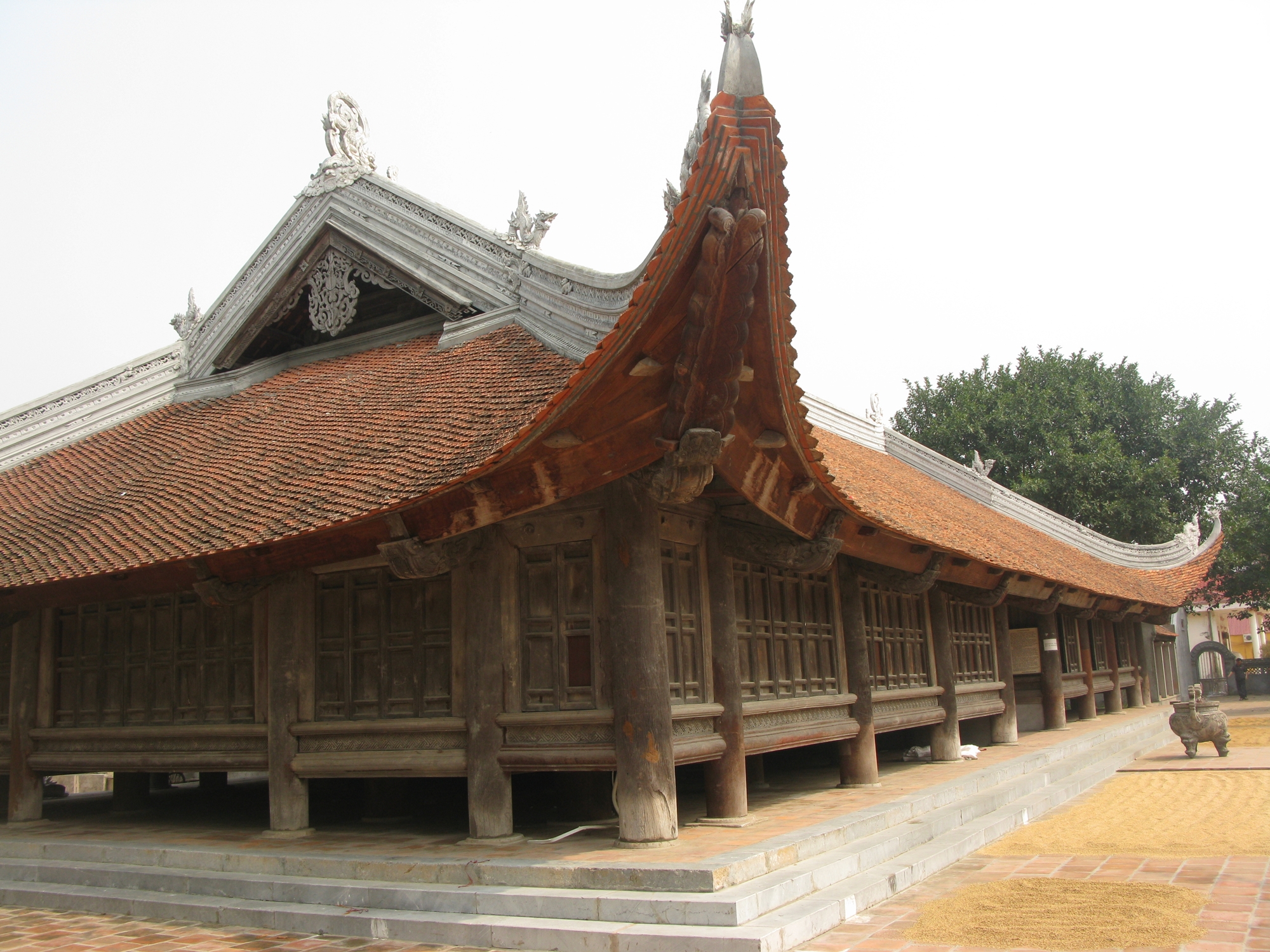 According to Vietnam Architecture Association “the process development of Vietnam’s ancient design is expounded with the natural surroundings and socio-economical state of affairs. From the tiny monument like traditional design to the sophisticated and grandiose buildings like palaces, the native materials were taken in used like bamboo, wood, leaves, stone, etc. and later are brick, ceramic, pottery, etc. The systems of pillar, frame, and beam are stipulated in terms of ration, correlation and dimension”.

In particular, the development of Vietnam architecture is different in each period of history. The original Vietnamese design ought to be originated from the Hung Kings dynasty. At that time, wood was used to build house for protecting people from wild animal. They designed their house in two shapes: one was boat formed and another different was tortoise – shell shaped.

The feature of architecture under Ly dynasty was high residential complex, a lot of decorative roofs, doors, door-steps, banisters, and rounded statues. All is suitable with the Vietnam’s climate and folk customs. 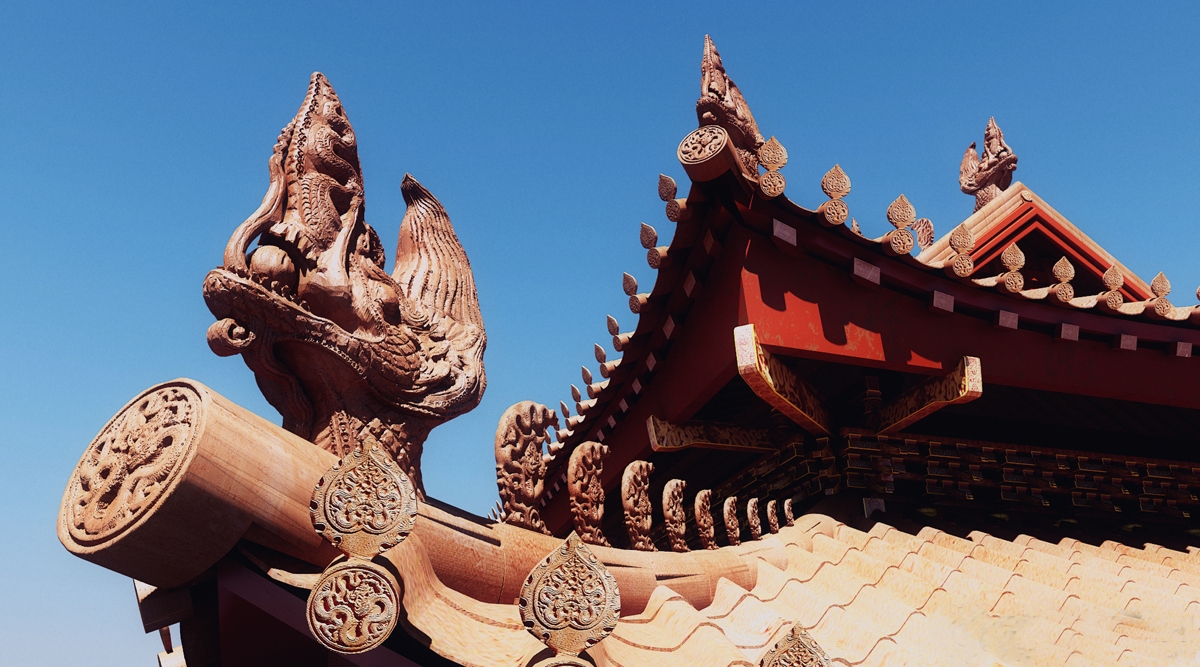 The complexity and structure of Pho Minh temple is an impressive example of the art form of the Tran dynasty and the subsequent centuries. The structure was designed in three main sections: the lobby, main hall, and sanctuary. Interior garden and yard played an important part in total structure complex. It expresses universe opinion.

The royal palace structure was designed with upper - floors and systems of consecutive corridors in an open-air space that was suitable for tropical climate.

Under King Le reign, the orthodox architecture was royal palace and royal tomb. In 16th and 17th century, religion architecture got the new advance.

But Thap temple in Bac Ninh Province is known for its structure and its decorative statue. Once social organisation lost quality, folk-art continued to be reflected in carvings and paintings, hunting, sloughing, wrestling, and cutting. The pagoda and temple construction techniques achieved progress throughout the 18th century.  Two pearls of architecture at that time were Tay Phuong pagoda and Bang Communal House. 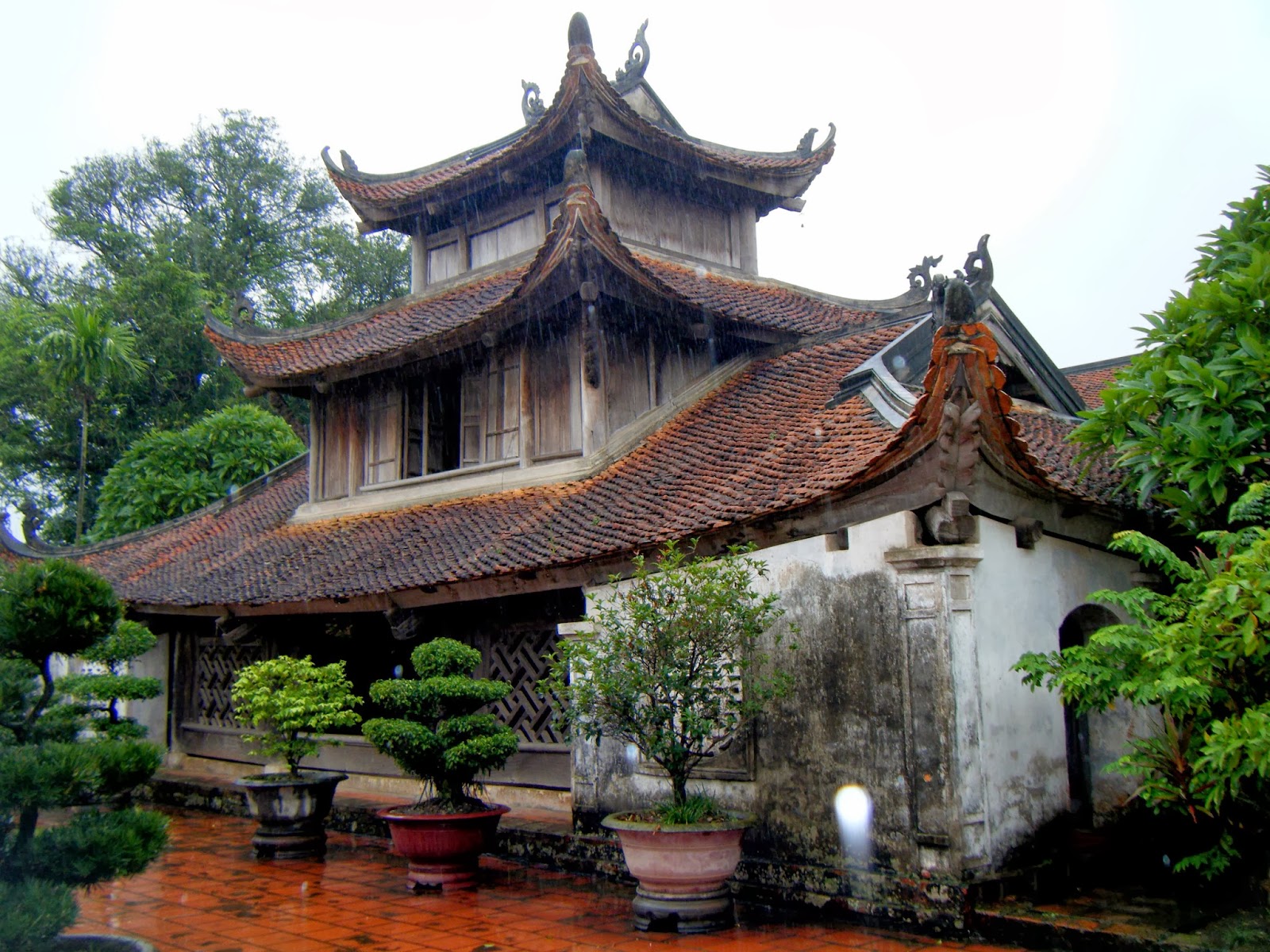 Hue city became the capital under Nguyen Dynasty so the development in the North was slowed down. In Thang Long,Khue Van Cac (Constellation of Literature pavilion), Ngoc Son temple and some structures were built. In contrast, the project in Hue were developed, especially, garden - house complex. Nowadays, we still see this distinctive design through the remained citadels, palaces, tomb, and gardened houses in Hue that is quite different from the tube type of houses in Ha Noi. 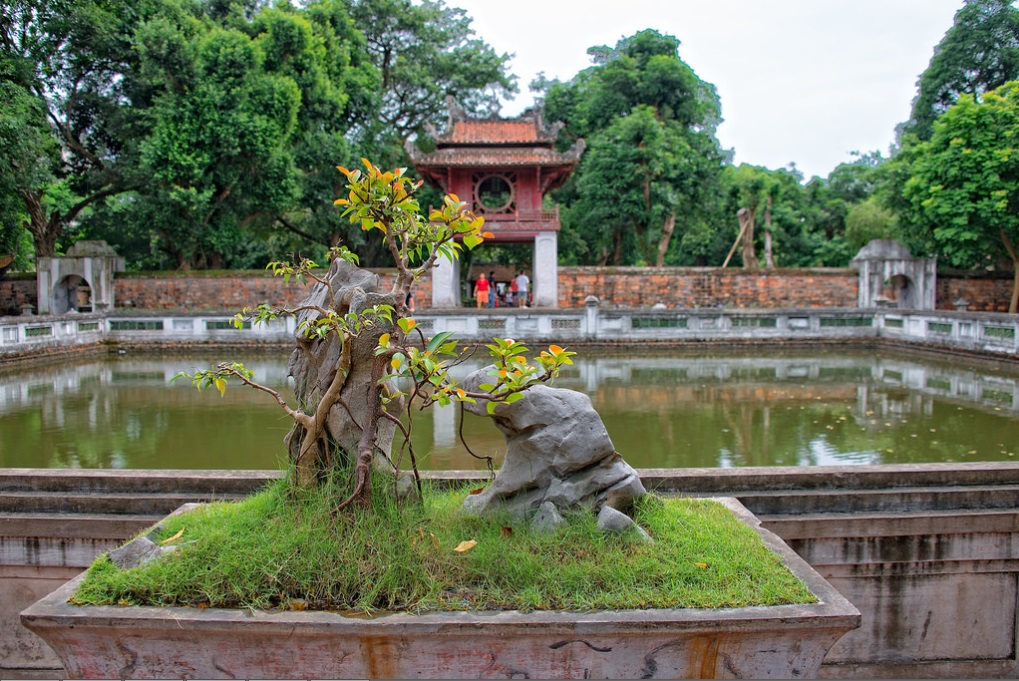 The pavilion of the constellation of literature (Khue Van Cac) in the Temple of Literature.

Whilst walking around Vietnam, you may have to stop when suddenly being confronted with a typically French building. Architecturally, the French left their mark throughout Vietnam – all of the big cities have a number of stately structures that date from colonial times and, in many cases, they carry on serving the same function as they did under the French. This kind of architecture was developed in parallel with the process of colonial exploitation of the colonialism. Particular characteristics of geographical and climatic conditions are relatively different; as a result, the European-style architecture had to have certain changes in order to deal with Vietnam’s weather conditions. While many of the old French residences have crumbled badly, others have been renovated and given a new lease on life as upper crust hotels full of French trimmings or restaurants. 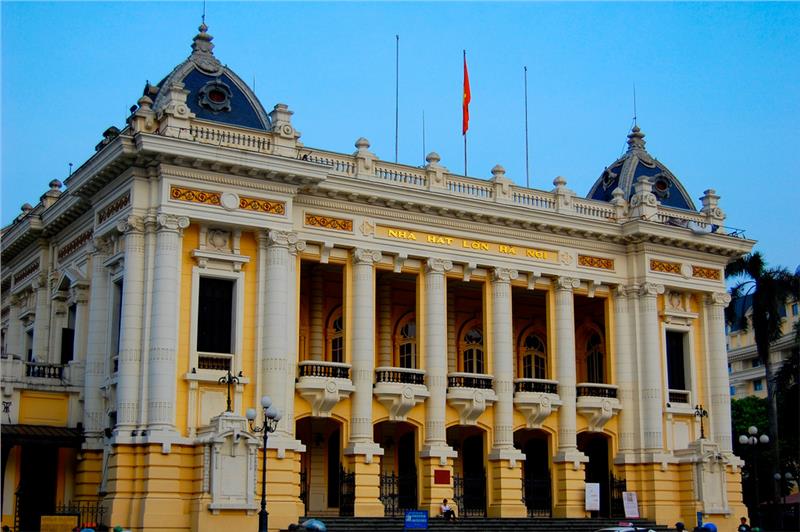 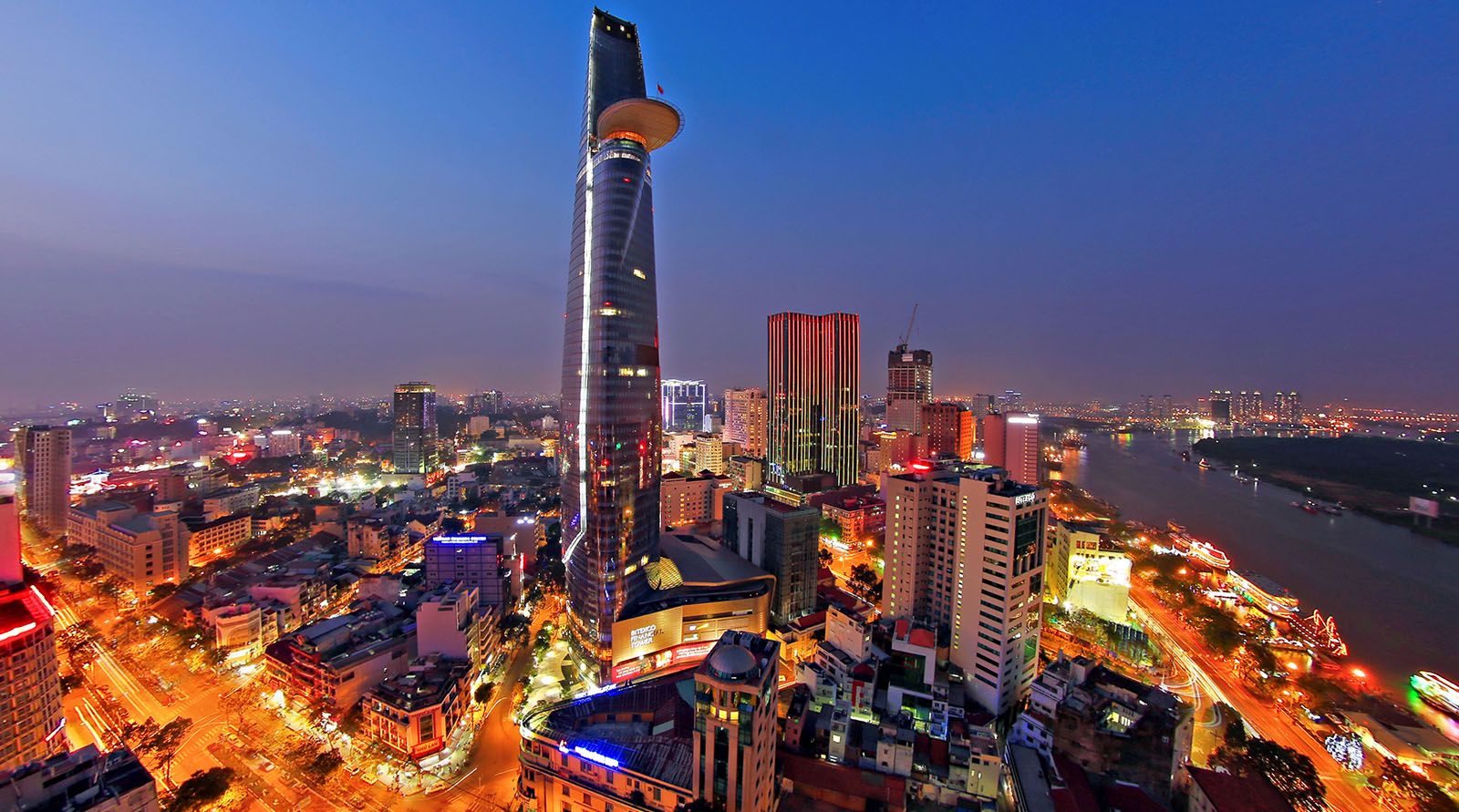 On the whole, you will have a chance to visit many architectural gems in Vietnam. While having holiday in this country, you can explore the architectural sites, traditional villages, colonial towns and modern cities. Don't forget to bring your cameras! 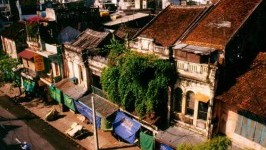 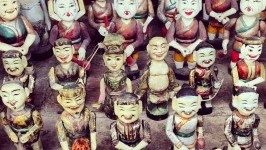 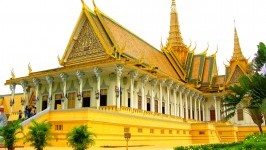 What to Do in Thailand during Summer

Top 10 drinks you should try in Vietnam

Top 20 best restaurants you must give a try in Hanoi